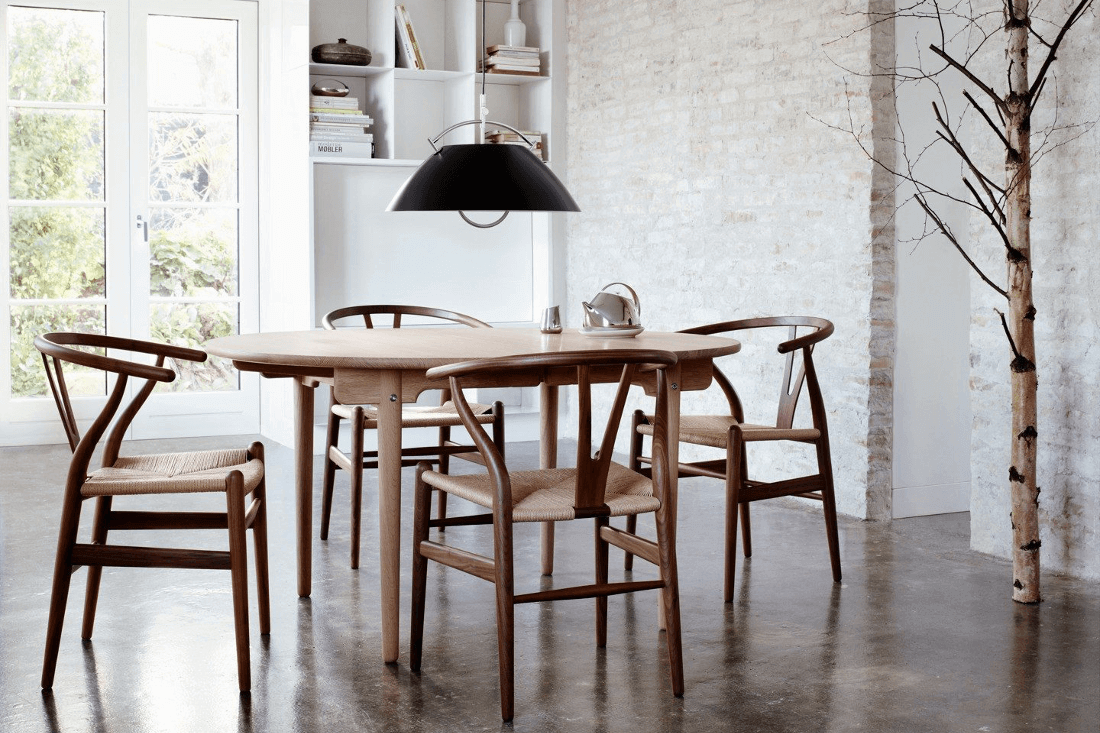 Designer furniture is an opportunity for a man to really make their stamp on their property and it is imperative that one chooses pieces that reflect the style and overall look and feel of the space. Fortunately, there are certain iconic pieces of designer furniture out there that are timeless and offer the sort of universal appeal from an interior design perspective that it is impossible to go wrong – the Wishbone Chair from Hans Wegner is one such piece.

As you can see, the Wishbone Chair is a fairly minimalist piece of designer furniture but it is one that has created waves in the industry ever since it was first released well over half a century ago in 1949. The Wishbone Chair from Hans Wegner is definitely one of the most important pieces of designer furniture of the 20th century because, alongside the work of his contemporaries like Charles Eames and Arne Jacobsen, it helped to shape a new movement in furniture design towards a new modern aesthetic.

The Wishbone Chair, so called because of the shape of the chair back, is an eye-catching piece, suitable for use in more or less any room in the home and it boasts an intelligent ergonomic design that allows the user to sit straight-backed and in considerable comfort. Without question a timeless classic and Wegner’s most respected and sought after piece which, considering he was responsible for over 500 pieces of seating during his time spent as a designer, is quite a claim to fame.