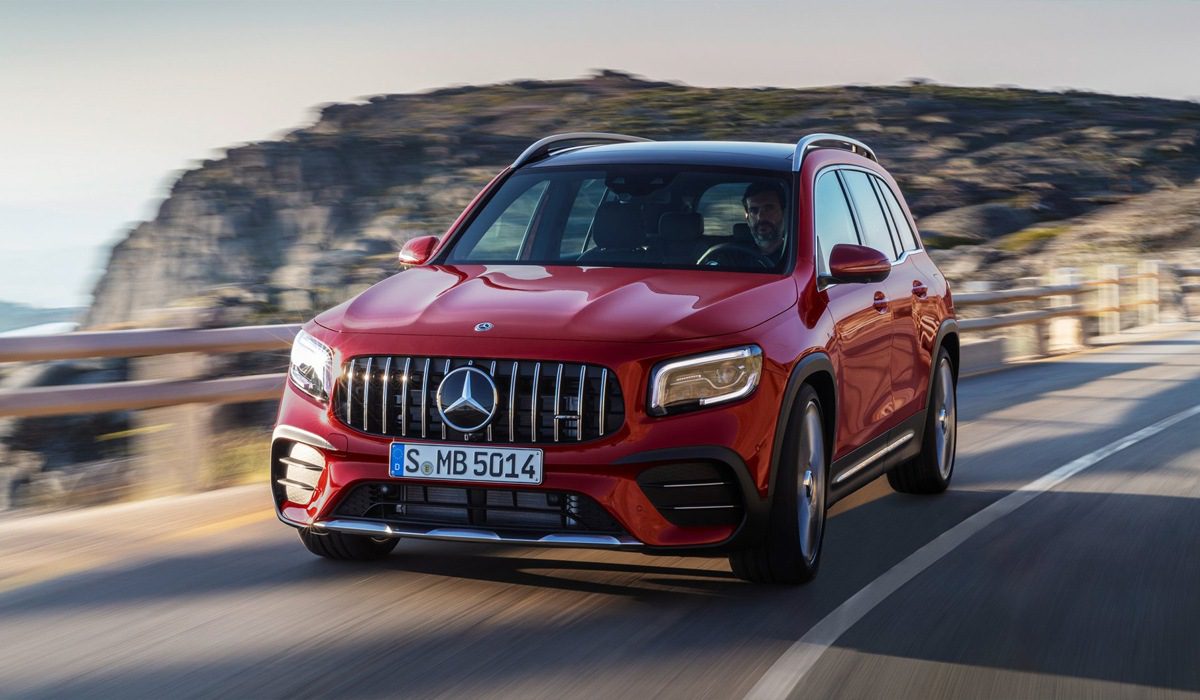 This is the Mercedes-AMG GLB 35. The name is a bit of a mouthful, but this could be the ultimate family car. It’s dripping with desirability and style, there’s seating for seven people inside and – thanks to a 302bhp 2.0-litre four-cylinder engine – it’s not short on performance.

Prices start from £48,665, which isn’t cheap, but then you do get an awful lot of car for your money. Styling is of course objective, but Mercedes-AMG has gone with a more boxy and utilitarian shape than all of its main rivals. From certain angles there’s more than a whiff of baby G-Wagen about it. 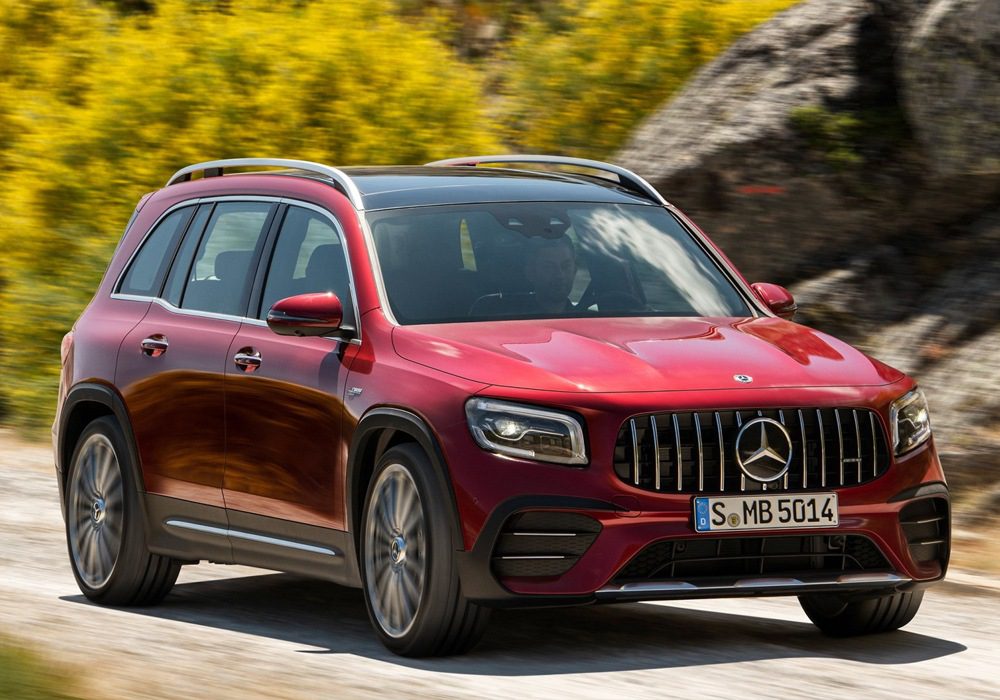 Climb in and that retro look outside is juxtaposed with a slick and modern interior. A pair of widescreen 12.3-inch digital displays stretch across the dash giving you access to all of the car’s major functions. It’s all touch screen, but the system is very responsive and simple to use. 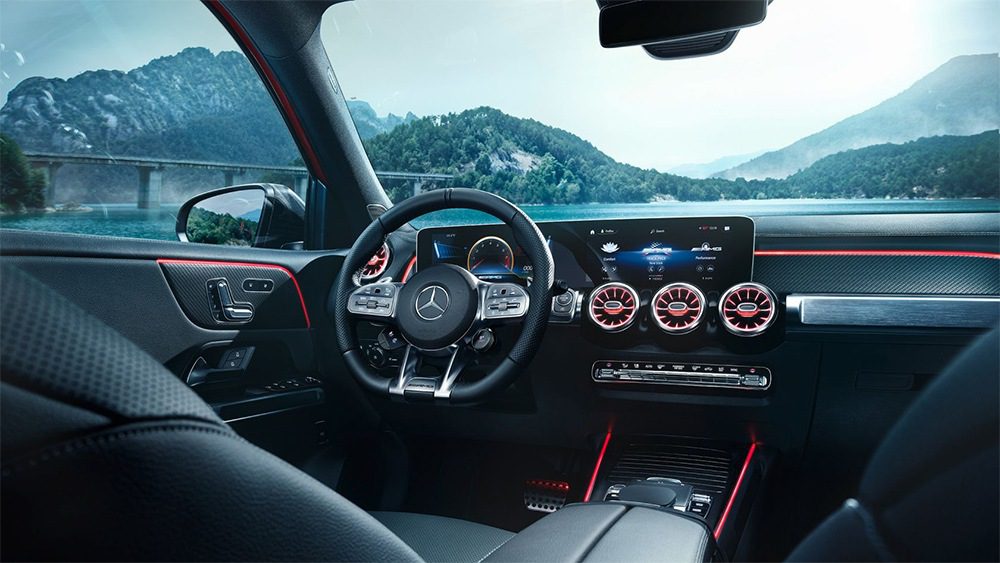 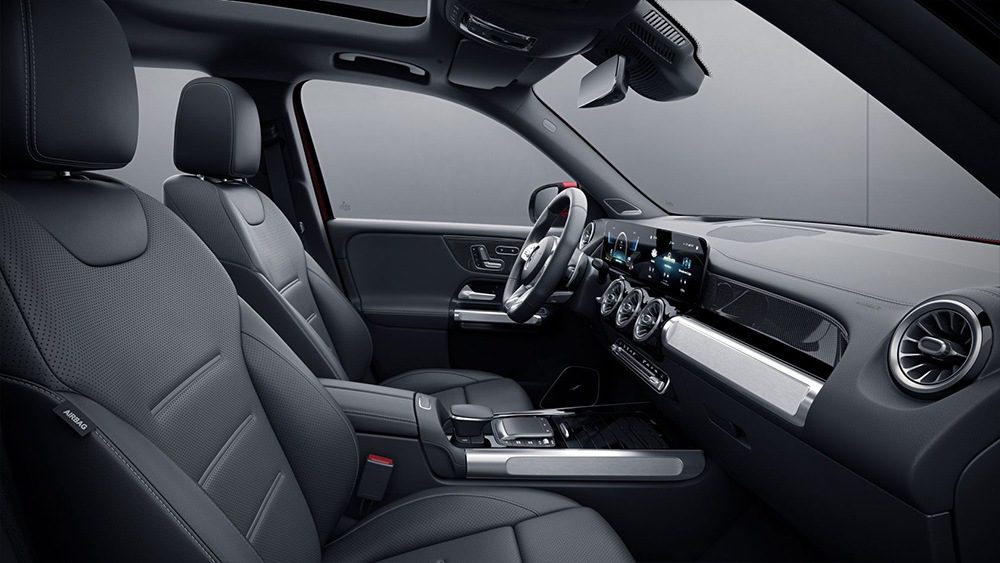 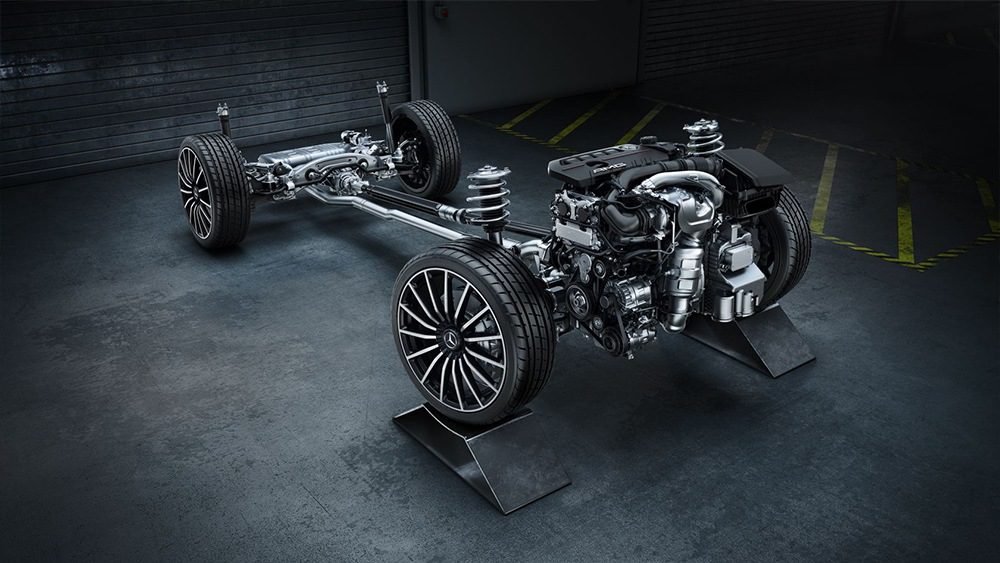 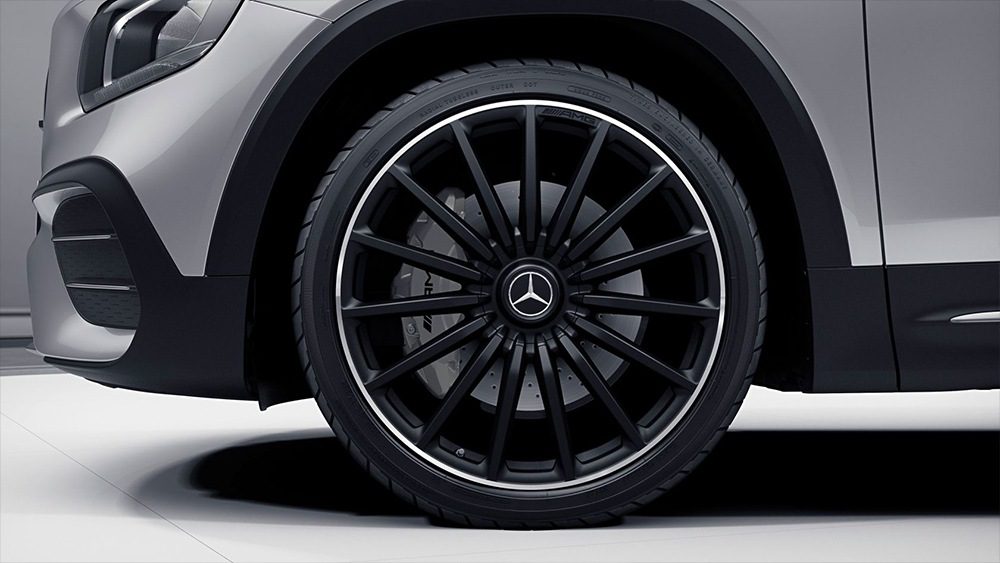 Despite it’s square look, the GLB 35 is surprisingly good fun to drive. Power from the 2.0-litre turbo is strong, with 0-62mph taking a hot hatch-rivalling 5.2 seconds. Thanks to Merc’s four-wheel drive system, all of that performance can be used at any time; the engine also spits out a purposeful rumble as the revs climb with subtle pops and bangs erupting from the exhaust when you flick through the gears.

Find a series of bends and the GLB 35 stays relatively flat and composed; SUVs of this size would usually handle with all the grace of a heavyweight boxer attempting to tap dance. But the GLB feels a lot more nimble than it’s appearance would suggest – you can thank the AMG engineers for the trick suspension setup. 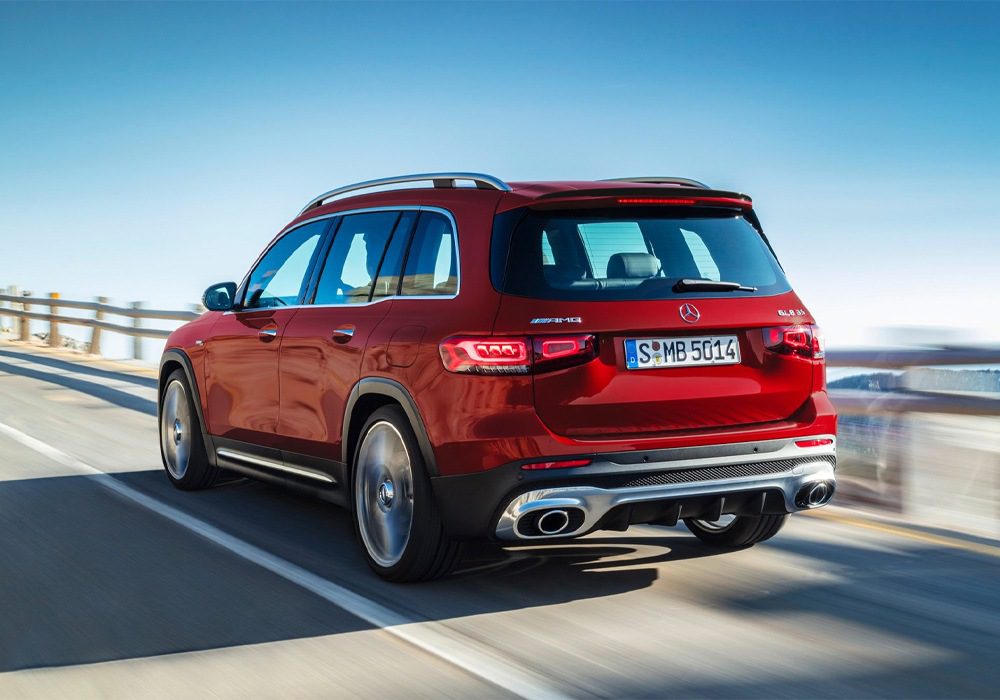 And while there is a pair of seats in the boot that make this a seven-seater, they are really only suitable for small children. Or people you don’t get along with.