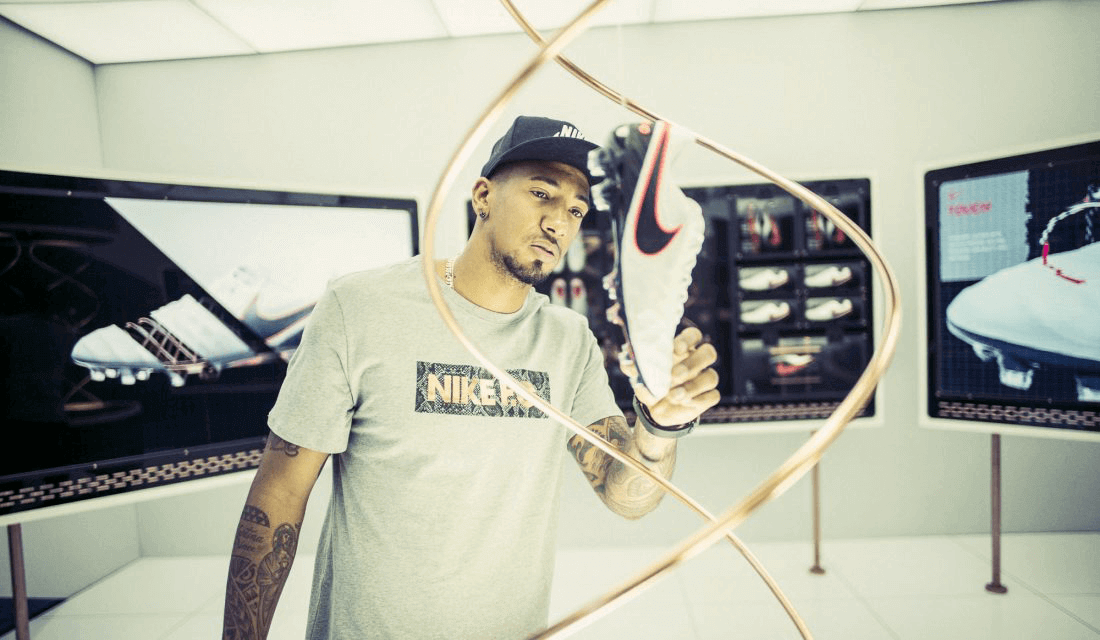 Jérôme Boateng, one of the world’s leading defenders, on his football boot preferences, “First of all, I need that perfect touch on the ball, particularly for passing. Quality fit is also important, as this allows for secure changes of direction.“

Berlin-born Boateng was shifted from striker to centre back at a young age, which helped him understand the varying tactical requirements of the two different positions.

“My position changed when I was 14 years old at a tournament in Sweden – we had no defenders and because I was so tall already, they put me there,” he describes. “Because I’d been a striker before, I kind of knew what they’d do.”

“For a young defender, I think that the game has moved on — now we want to contribute everywhere,” he says. “Coaches want the defender to score, cross and assist. You have to work with both feet. This requires a lot of training.”

When quizzed as to what he’d print on his boot plate, Boateng’s response was, “my daughters’ names on there.”

Jérôme Boateng wears the all-new Nike Tiempo Legend 6 available via the Nike Football App on and on Nike.com now.