Ah, the supercar. For those who just don’t ‘get’ cars, the supercar is one of those products that appears to be designed for no real purpose other than to show off. And while in large that’s true, there’s so much more going on than just some bright colours, loud engines and doors that open in curious ways.

In this run down of the top 10 supercar manufacturers we explore the ones that, through engineering or design, push the car industry forward in the same way as haute couture does in fashion. We’ve split up our list into new and old world brands, each having contributed some legacy that could well be found in the car sitting on your drive right now. 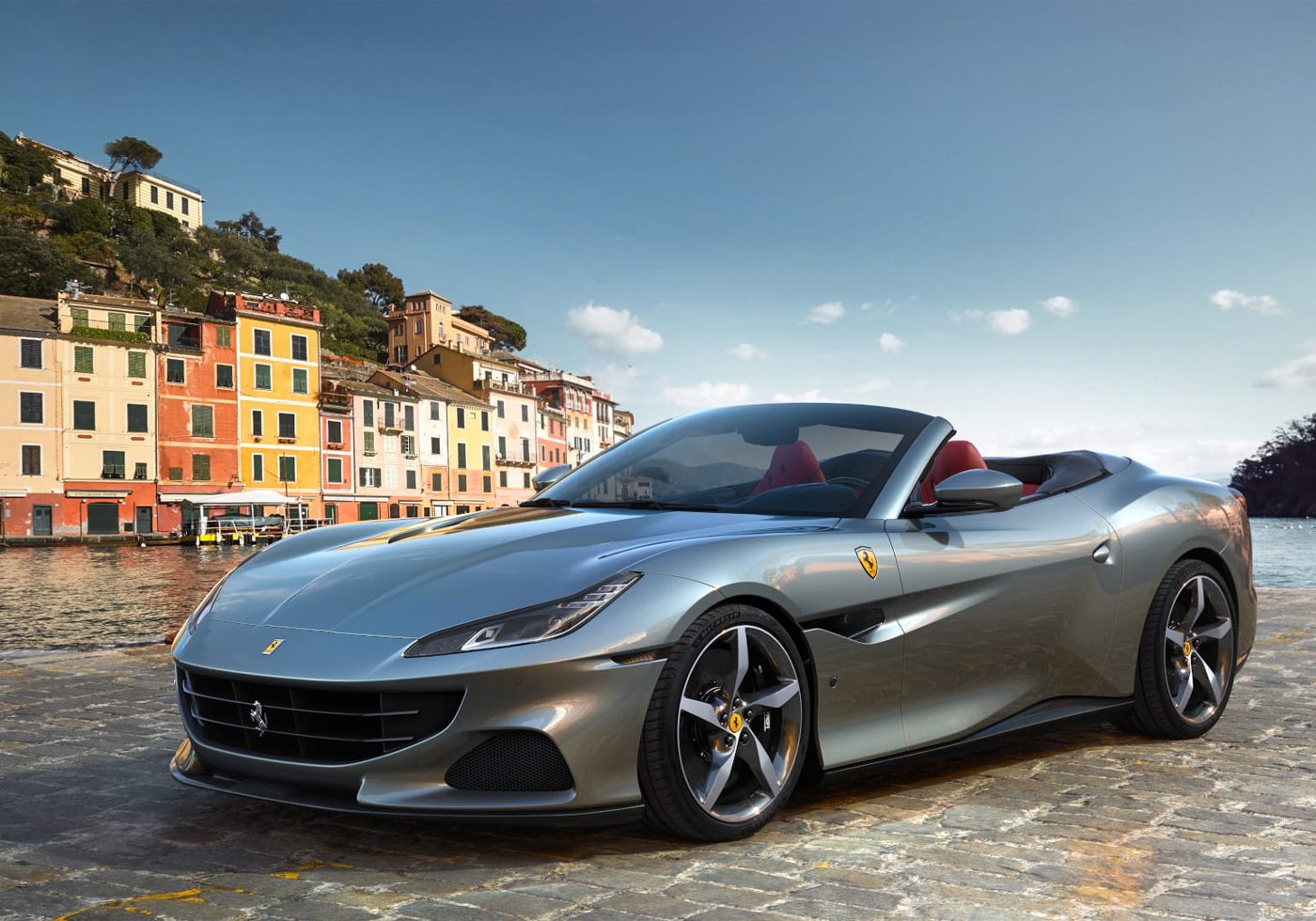 Italian icon Ferrari is arguably the most well-known supercar manufacturer of them all. And for good reason. While its 75-year history might not be the longest, it is one of the most auspicious. Before Enzo Ferrari had his name on the back of red supercars, he worked for Alfa Romeo as a racing driver and engineer, before branching off to create his own racing operation. This explains the early business model of Ferrari, as its road car division was set up purely to fund Enzo’s racing ambitions.

This approach still rings true today, with the brand’s motorsport involvement spread throughout the world in all manner of different classes including its flagship F1 team. Yet this racing spirit and technology has also led to 75 years of spectacular road-going supercars. Ones that might not have always been at the cutting edge in the 1950s and 1960s, but certainly define contemporary supercar development today. 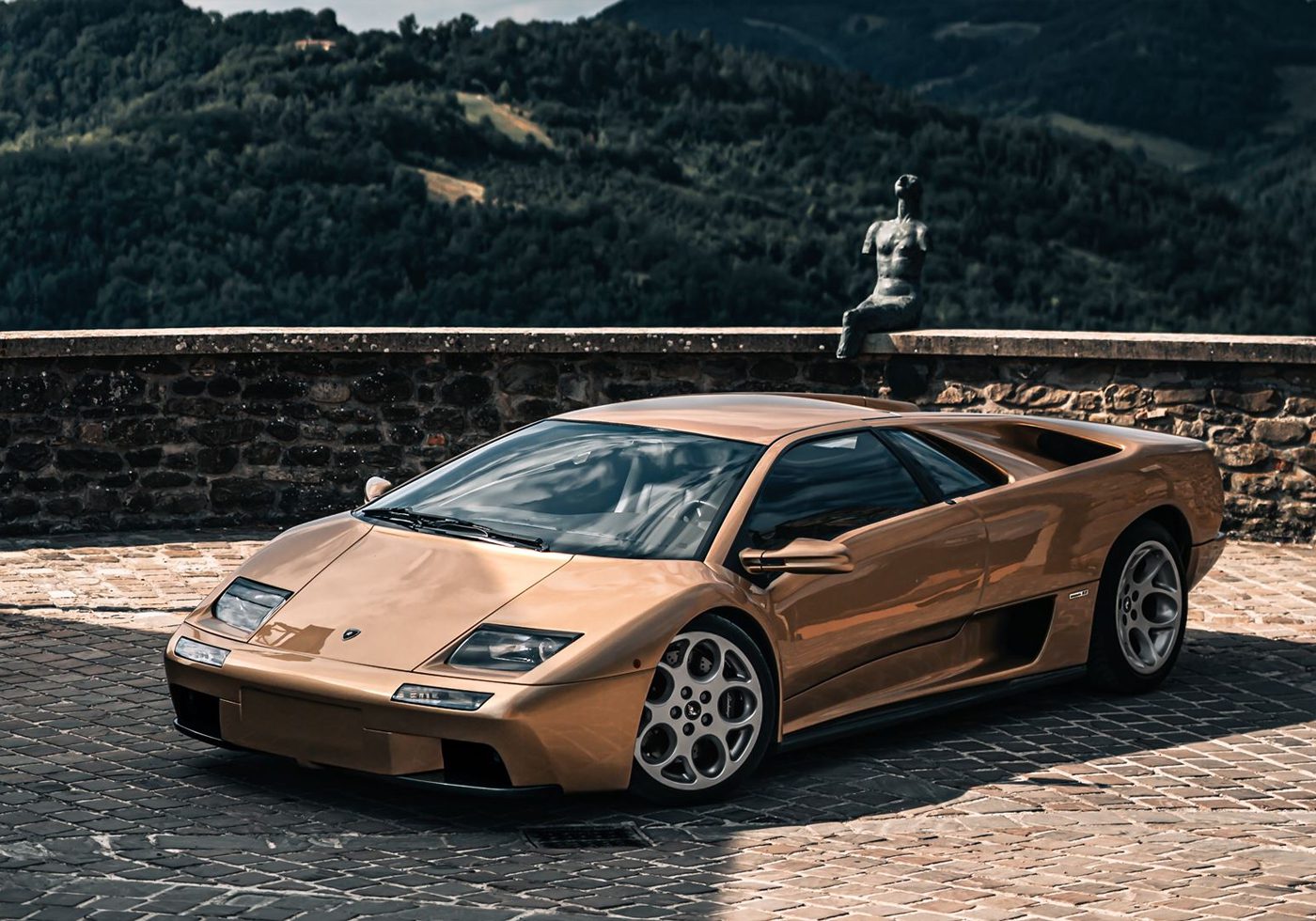 Compared to Ferrari, Lamborghini has always had something of a more cavalier spirit, and when you learn of its formation you’ll understand why. Ferruccio Lamborghini was a successful businessman in Northern Italy, buying a Ferrari and subsequently complaining to Enzo himself about its poor drivability and performance. Mr Ferrari replied (and we’re paraphrasing here), “if you think you can do better, make your own sports car”. And so he did.

Without dedicated ties to motorsport, Lamborghini’s products have always been more experimental and ambitious, often making its cars the most innovative of their era. This is exemplified by the Miura and Countach, two groundbreaking supercars that were designed and developed in the late 1960s and early 1970s by Feruccio and his young band of genius designers and engineers (one of which we’ll revisit later in this list).

This air of risk-taking has made Lamborghini an icon in its own right, and while it might be perceived as quite exhibitionist in the 21st century, all modern Lambos are built on the shoulders of true innovators. The northern Italian feud above might be the loudest story in supercar history, but French brand Bugatti is much older, and much more auspicious. Ettore Bugatti started his car company to create simply the best cars in the world.

Priced, built and powered far beyond the cars we think of today as being the pinnacle, such as Rolls-Royce or Bentley, Bugatti always went one step further. Models like the Type 57S Atlantic or Royale were hand built for the sum of not just an average suburban house, but the cost of a whole suburban street.

Today, Bugatti is owned by the VW Group, which under its tenure spawned the 1000hp Veyron in the late 2000s. Its contemporary successors still find their basis on the Veyron, but thanks to a new ownership stake taken by EV supercar maker Rimac (we’ll also come to them), the next generation Bugatti will look very different. Yet it will undoubtedly remain at the very peak of car design and engineering. Porsche might not be a traditional supercar manufacturer, but over the years the German marque has continually flexed its engineering muscles by creating some of the very best supercars ever conceived. The first could arguably be called the original everyday supercar – the 959 (1986).

Derived from the iconic 911, it might have used that model as the base, but to it fitted a whole new body combined with futuristic tech which has since appeared on all forms of modern cars, including active all-wheel drive system, adjustable suspension and twin-turbocharged engines.

Yet beyond the 959, Porsche’s Carrera GT and more recent 918 Spyder have put it on the map as a true supercar innovator. Both are mid-engined cars that didn’t just use the available technology in their design and engineering, but pushed future technologies into production like complex carbonfibre structures, carbon ceramic brakes and new performance-oriented hybrid systems. While the three-pointed star might appear more often than not on posh SUVs and small hatchbacks, Merc’s supercar connection goes beyond just being an occasional manufacturer. In fact, it is arguably the creator of the supercar as we know it. The 1954 300SL Gullwing is commonly noted as the ‘original’ supercar, and not just on account of its impressive turn of pace and iconic gullwing doors.

Today, Mercedes continues to push the supercar boundaries through its AMG division – having continually had a two-seater, front-mid-engined supercar on the books since the SLS in 2010 – while also co-creating the immense SLR with McLaren six years before that.

AMG’s latest supercar is the long-awaited AMG One, a limited-run model that doesn’t just channel its F1 heritage into a road-going auto, but literally fits a 2016-specification power unit under its rear clamshell that’s been constantly refined and fettled to a point it can run reliably on the road. 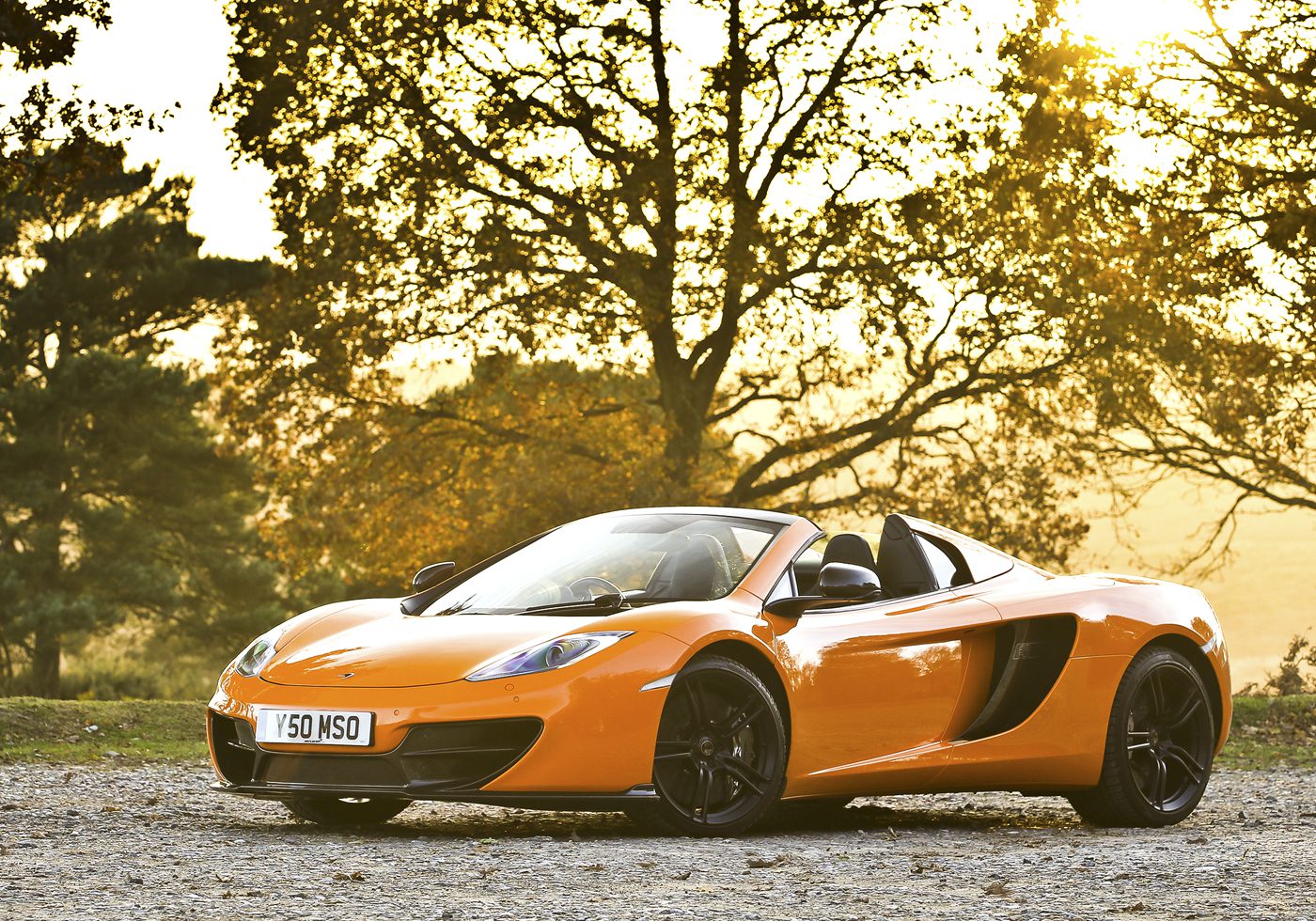 McLaren admittedly began its supercar journey before the 21st Century, breaking down all the doors of supercar design and performance with its F1. It was the brainchild of Gordon Murray, a famed Formula 1 engineer that in his eyes created the perfect supercar.

Yet McLaren Automotive as we know it today really kicked off in 2011 with the launch of the MP4 12-C, a carbon chassis mid-engined supercar designed directly to compete with rivals from Ferrari and Lamborghini.

Since then, McLaren has continued on that theme, creating all sorts of different models that have gone on to become modern icons in their own right. Highlights include the P1 and Speedtail, but even its series production models like the 720S are truly groundbreaking supercars that have launched McLaren into the modern supercar hall of fame. One of Lamborghini’s true innovations in its early years was the development of carbon fibre, a material that’s now commonplace in all high-end road and racing car designs. It was pushed by one of its employees, an Argentinian engineer called Horatio Pagani, who didn’t just work for Lamborghini, but dreamed of creating his own supercar. Unfortunately, his career development path didn’t pan out as expected, leading him to leave Lamborghini and set up his own (rival) company.

That company is called Pagani, and in 1999 he revealed a supercar that would go on to become an instant icon – the Zonda – followed by the Huyara and most recently the Utopia. Yet the Zonda was more than just a small boutique supercar – Pagani’s detailing and build quality was second to none, securing a powertrain partner that would give the Zonda instant credibility. That engine was an AMG V12 engine, a partnership that continues today, albeit in a twin-turbocharged state. At the same time an ex-Lamborghini engineer was creating his vision of the ideal supercar in Italy, there was a similar process happening in Sweden from a man called Christian von Koenigsegg. During this golden age of new supercar brands, Koenigsegg didn’t just have a challenging proximity to the usual supercar factory location, but a challenging name for us English speakers to wrap our heads around.

Of course, what spoke louder than words was the car, and Koenigsegg’s continued development of it into a wide variety of new models has made him a modern-day supercar superhero.

Koenigsegg isn’t just known for big power figures and cool door hinges (really cool in this case), but a constant and relentless development of all sorts of fascinating technology that’s used in all his models. A modern example of which can be seen in the latest CC850R, which uses a very clever and totally unique transmission that gives the option of both a full three-pedal manual or nine-speed automatic in one car. We mentioned Rimac above as the new owner and partner of Bugatti, but it’s important to establish that of all the modern multi-thousand-horsepower supercars, it was Rimac that got there first. Like Koenigsegg, the origins of this company starts from somewhere atypical, in this case Croatia, where founder Mate Rimac has turned his startup electric supercar company into a major player that may well determine where the modern-day supercar ends up.

He has built few customer cars, yet this has still been enough for Rimac to become entirely entrenched into the existing supercar industry. OEM giants Porsche and Hyundai both have stakes in the company, giving it the resource and time to really focus on and perfect its high-performance EV powertrain technology.

Of course, the next Bugatti supercar will employ this technology, making Rimac not just another small-scale supercar maker, but responsible for one of the, if not the, most important names in supercars. 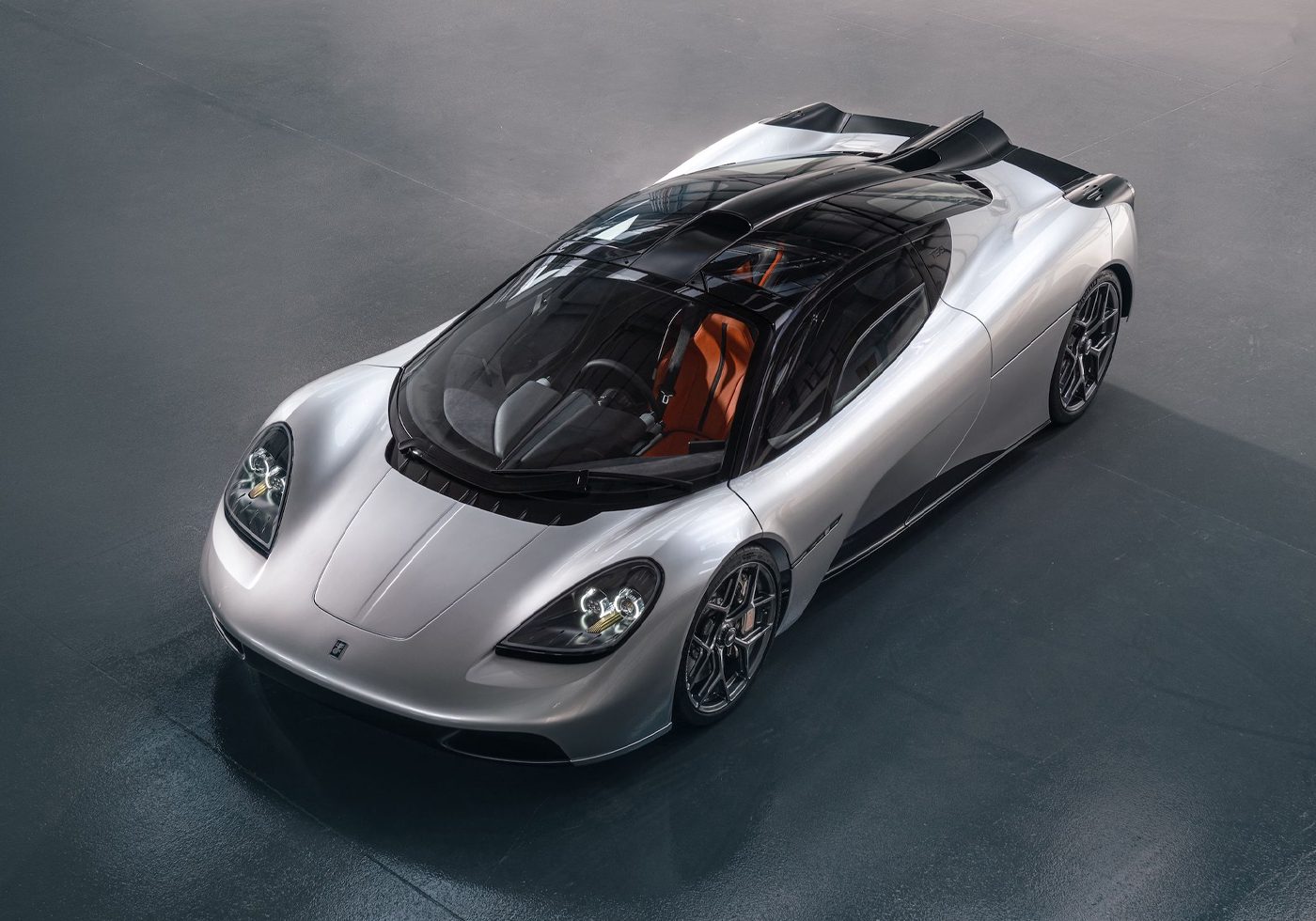 As with many modern supercar companies, real success is driven from the person at its centre. And in the case of GMA, or Gordon Murray Automotive, it’s no different. As noted above, Gordon Murray is the father of the McLaren F1, yet his own operation has only recently edged closer to reality with its true successor, the T.50.

Developed with a similar set of key elements, from powertrain to chassis, the two might look similar on paper, but the advancements in technology over the 30 years since the F1’s debut makes them very different.

However, GMA doesn’t begin and end with the T.50. Murray has now revealed the T.33: a slightly less expensive, but purer expression of the supercar. It doesn’t have the T.50’s clever aero or three-seater layout, but instead focuses on engagement and the most intense attention to detail.

This has turned Murray into something of a supercar legend – one that has sold every single one of his multimillion-pound supercars years before their projected delivery date.