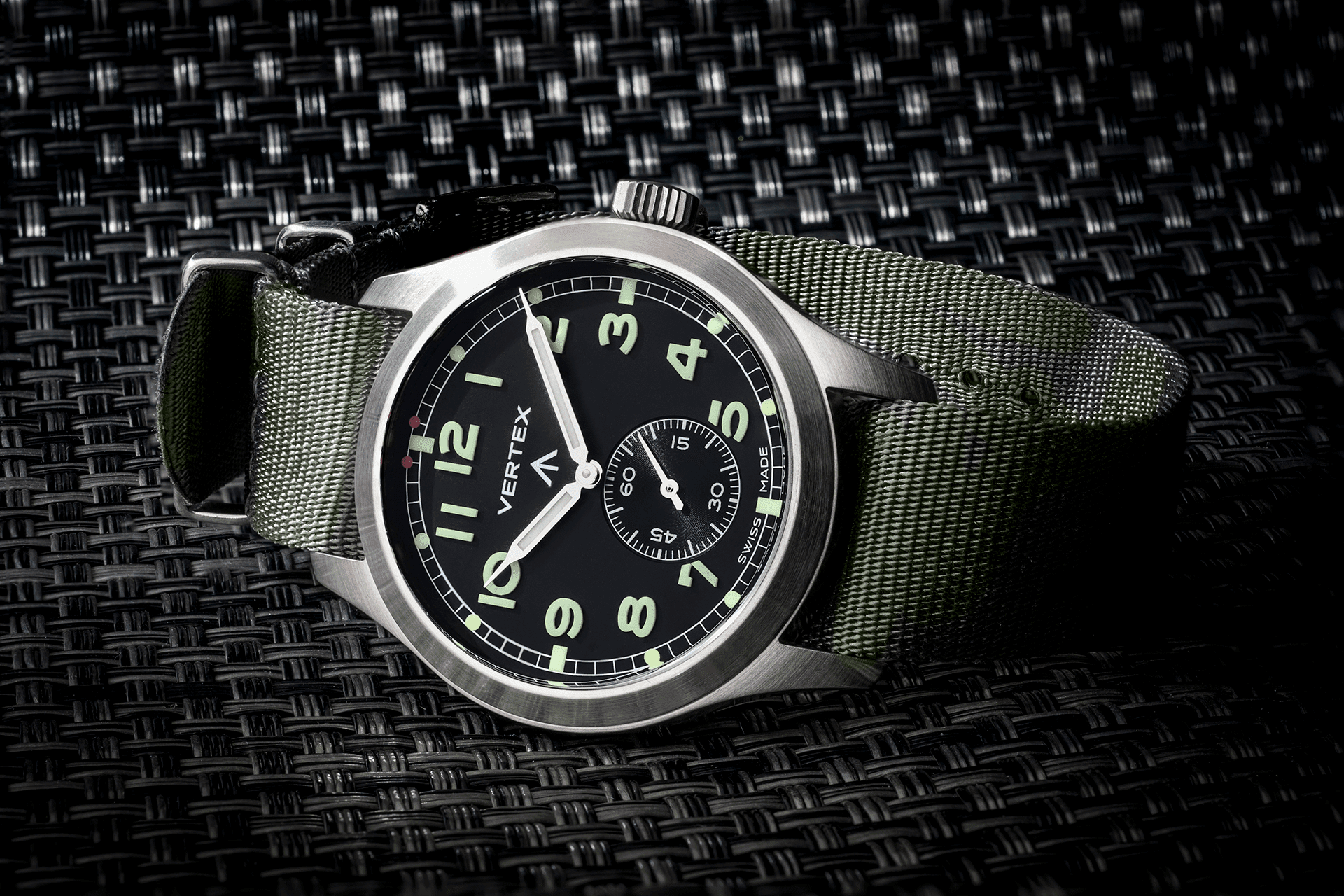 Established in 1916 by Claude Lyons, Vertex Watches etched itself into timekeeping history when it was commissioned by the British Ministry of Defense (MoD) during World War II, making it part of the ‘Dirty Dozen’ – a group of 12 watches worn by British soldiers during the war. Vertex, based at 28 Hatton Garden, London just a few doors down from Wilsdorf & Davis (who later would move to Geneva and rename itself as Rolex SA) earned its success supplying governments, industry, armies, academia and healthcare via its manufacture in Switzerland at 133, Rue de la Paix in La Chaux de Fonds, where Lyons built a reputation for accuracy, measurement and mechanisation. 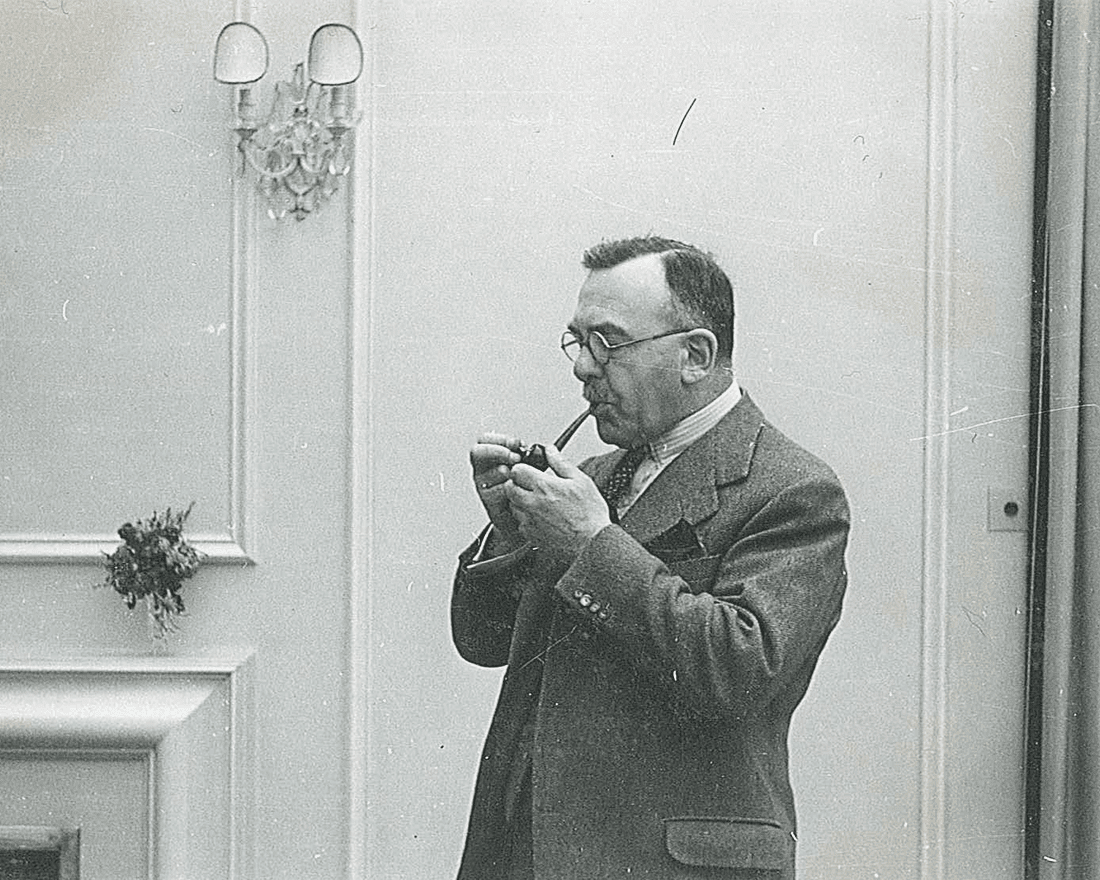 Claude Octavius Lyons, was born in London in 1885

Vertex stopped making watches in 1972, faced with pressure from the emergence of the new quartz watch revolution and the expiration of Vertex’s lease in Hatton Garden, but in 2015, Don Cochrane revived the brand. Cochrane happens to be the great-grandson of Lyons and a watch enthusiast determined to bring the brand back to the frontline. 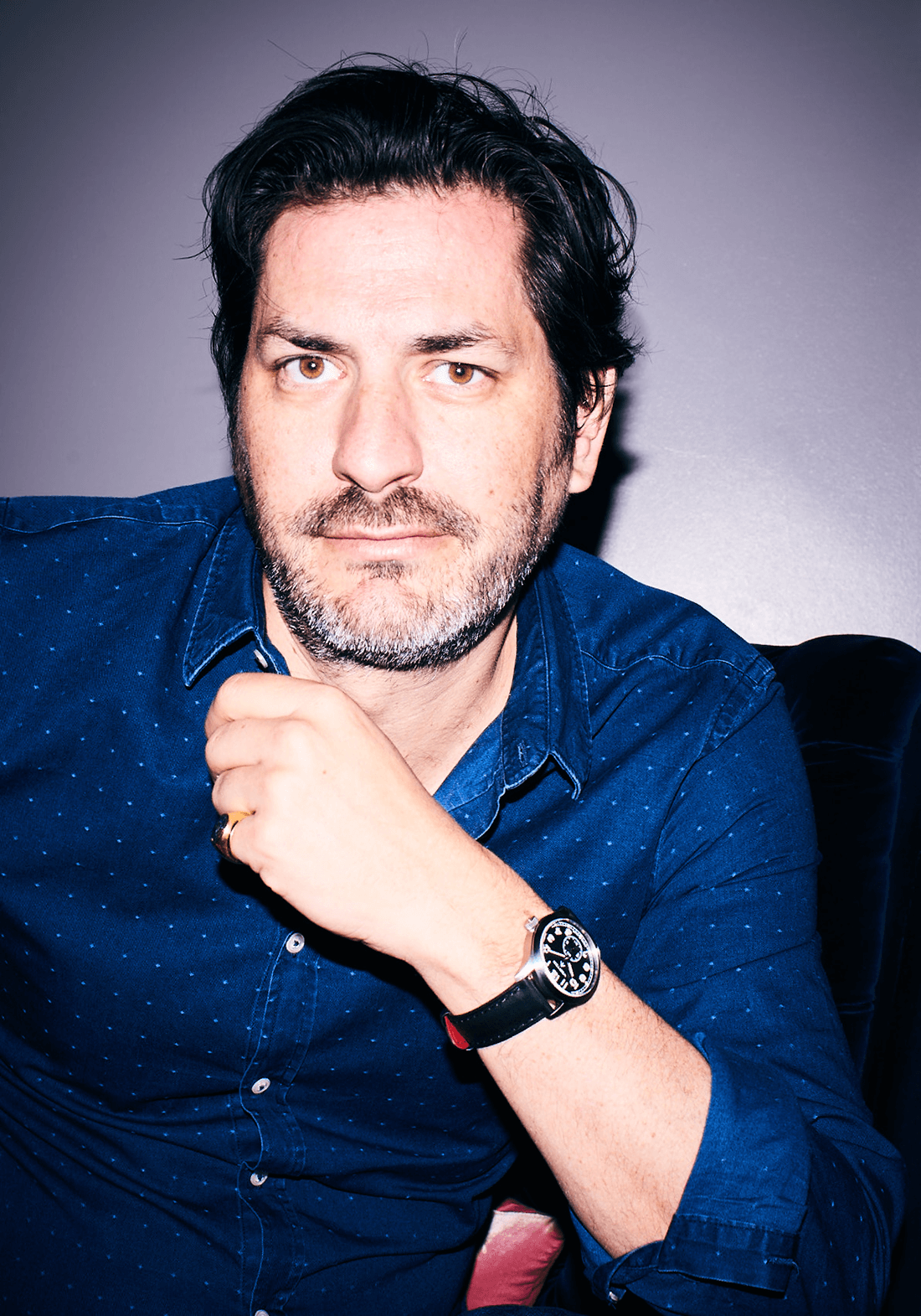 The M100 mechanical watch is based on the original second world war navigation timepiece (above) with a brushed steel case, box crystal glass and a moulded ‘super-luminova’ dial. It’s waterproof to 10atm (1oom) and when wound will run for 42 hours. Within you’ll find a custom ETA 7001 movement with rhodium finish and Côtes de Genève decoration, and a Vertex engraved ratchet wheel. The M100 is finished with a simple black dial and highly legible Arabic numerals. It’s packaged in a Peli Case with two straps- a black leather two-piece with contrasting red lining and a bespoke nylon nato-style strap in grey. 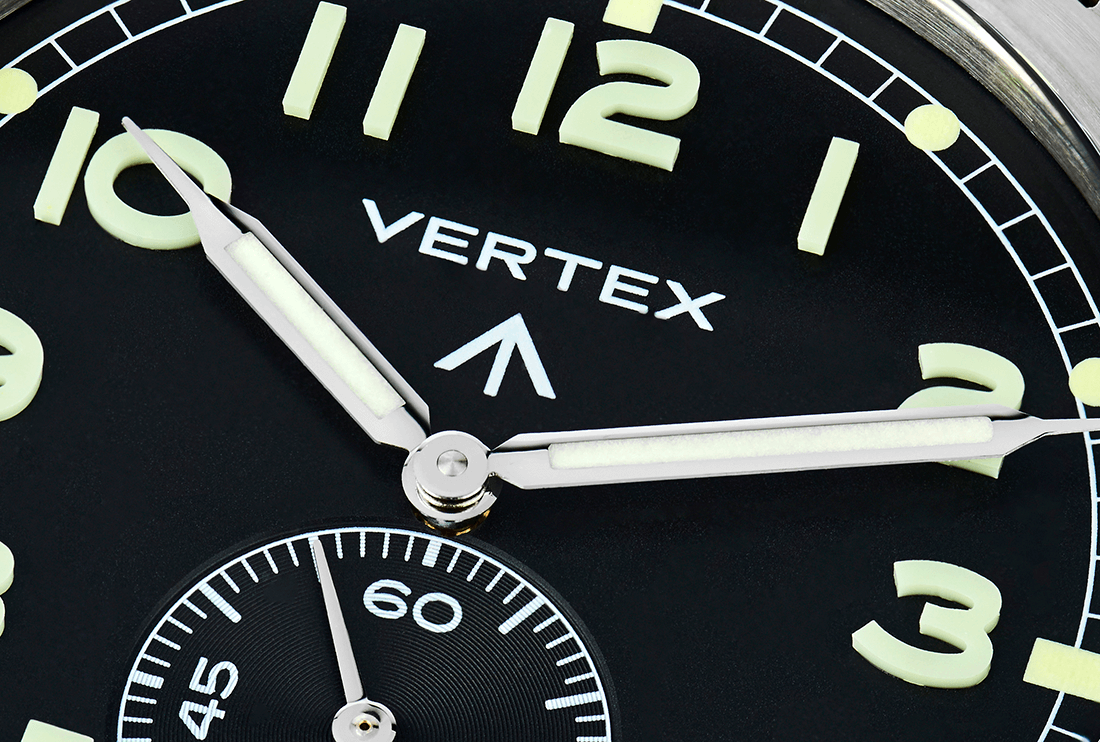 Alongside Vertex the Dirty Dozen consisted of Buren, Cyma, Eterna, Grana, Jaeger-LeCoultre, Lemania, Longines, IWC, Omega, Record and Timor. All of which had to have a black dial, Arabic numerals, luminous hour and minute hands, luminous hour markers, a railroad minute track, shatterproof crystal, and a stainless-steel case. Naturally the Vertex M100 meets these criteria- to maintain the story of the original. 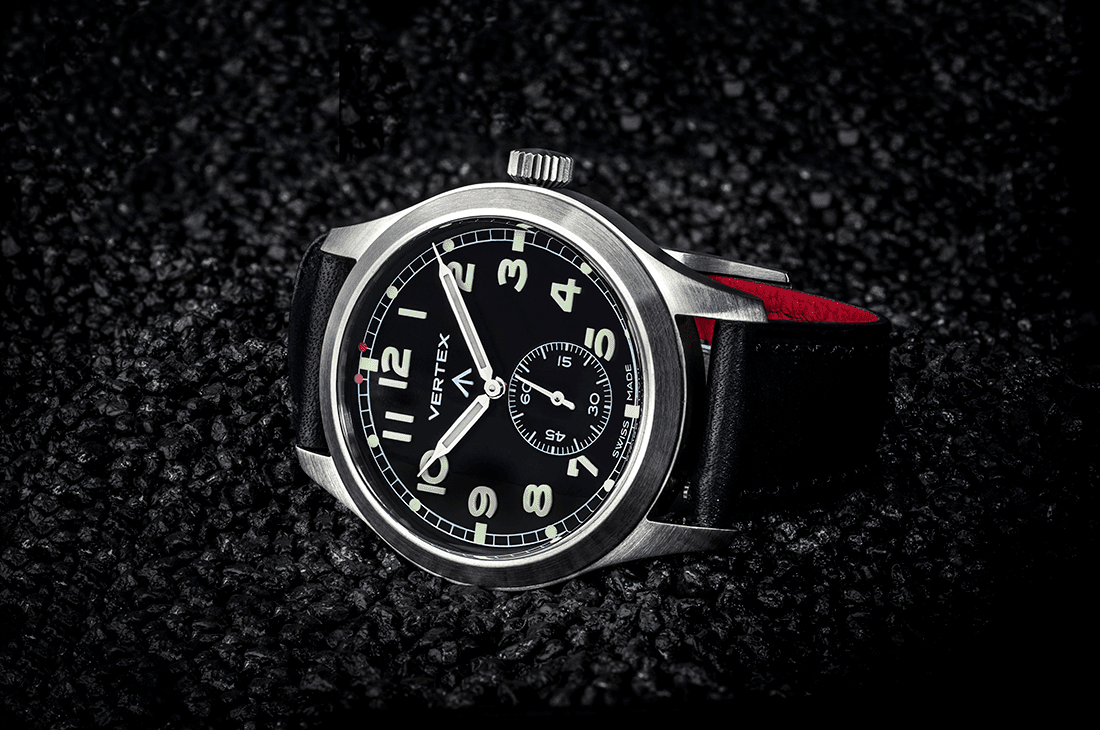 Priced at £2,500 the Vertex M100 is pitched at an attractive price point when you consider IWC’s latest version of its original, the IWC Mark XVIII is priced at £3,690. More importantly though- how will it make you feel? Good I believe. It has heritage, a good story, it looks handsome and Cochrane appears to have followed to the nth degree the original blueprint of the watch. And within, the ETA 7001 is as reliable as they come. We have to say however- that we haven’t tried the watch on wrist so this review is purely objective.

The Swiss made Vertex M100 is a little tricky to get hold of- with the watch only available by referral and to owners of the original Vertex. On launch there were 60 people who were invited to buy the watch, who can then invite five more people and so on. It’s an attempt to value the character of the owner rather than capital available to them. An admirable sales model.