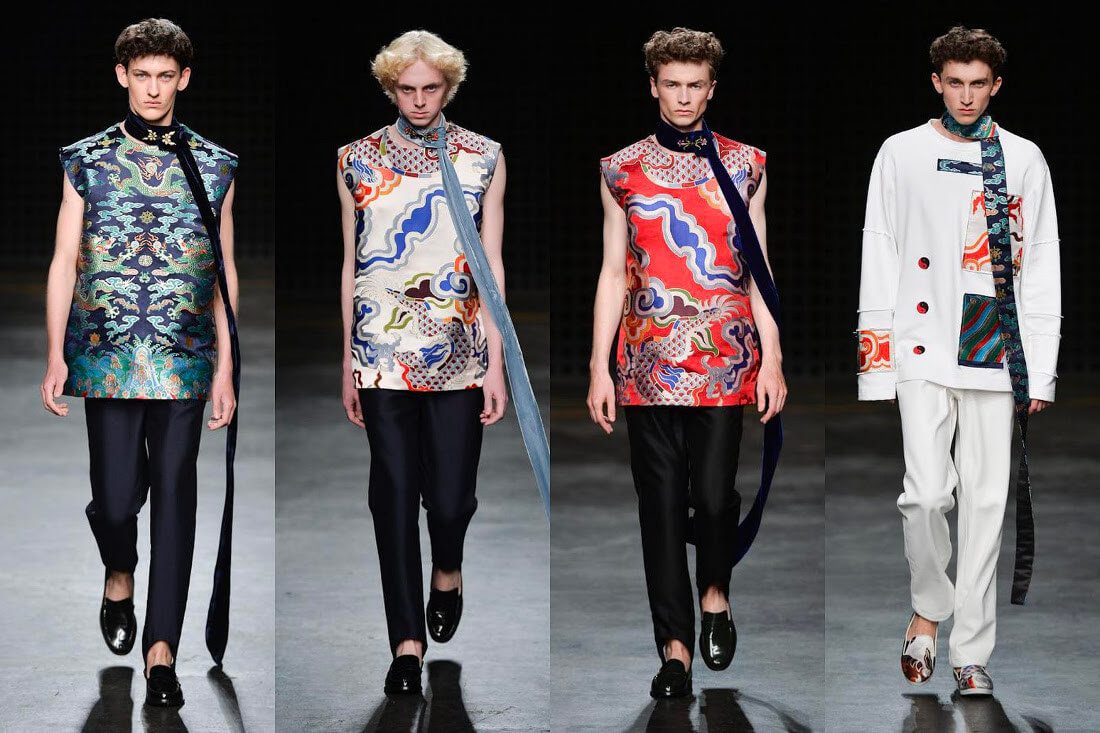 Chinese designer Xander Zhou chose London Collections: Men as the destination for his first show in the capital. Surrounded by a wealth of young up and comers, the young creative was among the cream of the crop this year. Demonstrating a fresh and unhampered display of fluent wearable clothing.

Entitled Fleurdelism, the collection was inspired by the great outdoors; a theme that acted as a spacial reenactment for the attire to follow.

Outerwear was baggy and fine tuned, Mr Zhou encased his muses in a protective armour of overcoats, shielding them from the realms of the outside world.

In sharp notes of black and white, the opening eradicated all thoughts of extremism. His freedom of expression was evident after the all white affair, leading to stinging shots of red silk. Some of which was woven together in patterns that were representative of tree barks and cracks in the ground – a humbling dose of reality.