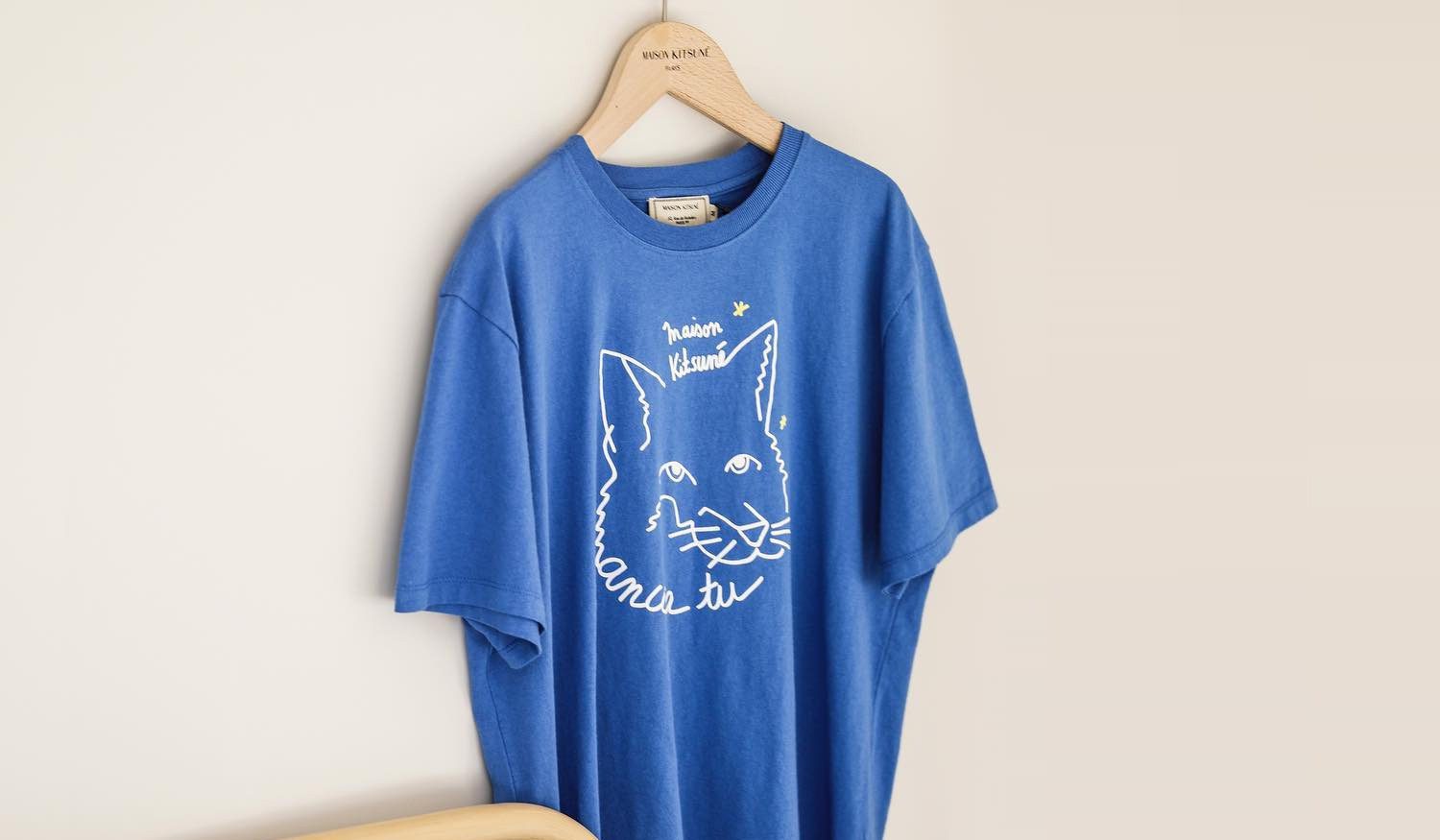 Designer T-shirts: the Marmite of the menswear world. To some, they’re a fun way to bring punch and pep to a wardrobe while laying personal brand allegiances bare for all to see. To others, they’re regarded with upturned noses for many of the same reasons.

Whichever side of the argument you’re on, it’s difficult to deny that designer T-shirts are a major men’s fashion trend at the moment. In fact, they have been for several seasons now and their popularity shows little sign of waning.

Premium tees adorned with big logos, attention-grabbing slogans and eye-catching prints are now a mainstay in the collections of hyped-up streetwear labels and haute-couture houses alike. If you don’t already own a few, now might be a good time to consider investing.

But a designer tee is tricky to get right; there’s a very fine line separating tasteful and tacky. To make sure you remain on the right side of it, we’ve rounded up the best options available. From the unadulterated Italian opulence of Gucci to the neo-streetwear stylings of NYC’s Aime Leon Dore, this is Ape’s edit of the most sought-after designer T-shirts. A clothing brand by day and indie-electronic record label by night, Maison Kitsune has found success in both fashion and music circles. The Parisian brand’s tricolour fox emblem has become a common sight on the hangers of the world’s coolest menswear boutiques and, of course, their T-shirts.

Designs vary from season to season, but a simple pocket tee bearing a woven fox patch to the breast is one of the constants. Italian luxury sportswear label Stone Island is best known for its innovative fabrics and dyeing techniques. Admittedly, there’s little place for the former in the world of plain cotton T-shirts. That said, you better believe the brand’s short-sleeved offerings are coloured to perfection.

The logo patch tee has been a key fixture in Stone Island’s collections for several seasons now. They typically feature the iconic compass badge and are garment-dyed for softness and a relaxed, lived-in finish. Alexandre Mattiussi’s stripped-back pieces have been popular among style-savvy gents across Europe since his AMI label first emerged in 2011. Fast forward to now and the French brand is nothing short of a global phenomenon.

The logo T-shirt has played a big role in AMI’s rise to prominence and remains one of its hero pieces. Designs are often neatly embroidered, rendered in tactile fabrics or incorporate tasteful yet eye-catching graphics for a subtler take. If you want to see a modern example of a fashion success story, look no further than Aimé Leon Dore. This New York label’s colourful blend of streetwear and classic menswear has seen it grow from a small startup to one of the most talked-about names in the industry. Or, as The New York Times put it, “from a brand seeking out inspiration to one that provides it.” Italian fashion house Gucci’s sales have been on the up since 2018. The label’s return to form at the hands of creative director Alessandro Michele has been marked by two key shifts. Firstly, the embracing of streetwear. And secondly, the reappropriation of simple garments like hoodies and T-shirts as high-end, luxury pieces.

Gucci has been instrumental in reigniting the public’s love for branded T-shirts. So much so that its colourful designs have come to define the trend. Balenciaga has quickly repositioned itself as one of the coolest luxury menswear brands in the world. Under the guidance of Vetements founder Demna Gvasalia, the Parisian fashion house takes traditionally stuffy concepts like tailoring and structure and gives them a contemporary streetwear twist.

The results are pretty unique and perhaps not to everyone’s taste. However, one thing we can all agree on is that Balenciaga’s range of logo T-shirts have become some of the most desirable in the world for both A-Listers and fashion insiders alike. If there was ever a high-end designer label capable of making a logo T-shirt slick and subtle it’s Saint Laurent. The French fashion house may be best known for leather jackets and slim cuts now thanks to Hedi Slimane, but T-shirts are still a seasonal staple.

Designs tend to favour restraint over brash branding and boldness. It’s an approach showcased perfectly by its range of simple logo T-shirts, featuring celestial motifs and an undersized branding. When it comes to the weird and the wonderful, there are few houses more experienced than Comme des Garçons. The CDG brand is made up of a number of lines, the most wearable of which being CDG PLAY.

PLAY is based around simple pieces. Things like hoodies, Breton tops, knitwear and, of course, T-shirts. There are plenty of big logo options for the more daring dressers. However, for those who prefer to keep it simple, the signature bug-eyed heart tee is a solid option that comes in multiple colourways. Having clawed back it’s tattered reputation, Burberry has emerged as one of the hottest names in high fashion. With Ricardo Tisci at the helm, the British brand has begun to incorporate streetwear-leaning styles, with the logo T-shirt becoming a hero piece.

Go bold with across-the-chest Burberry branding, or opt for something a little more restrained with a tasteful monogrammed option instead. 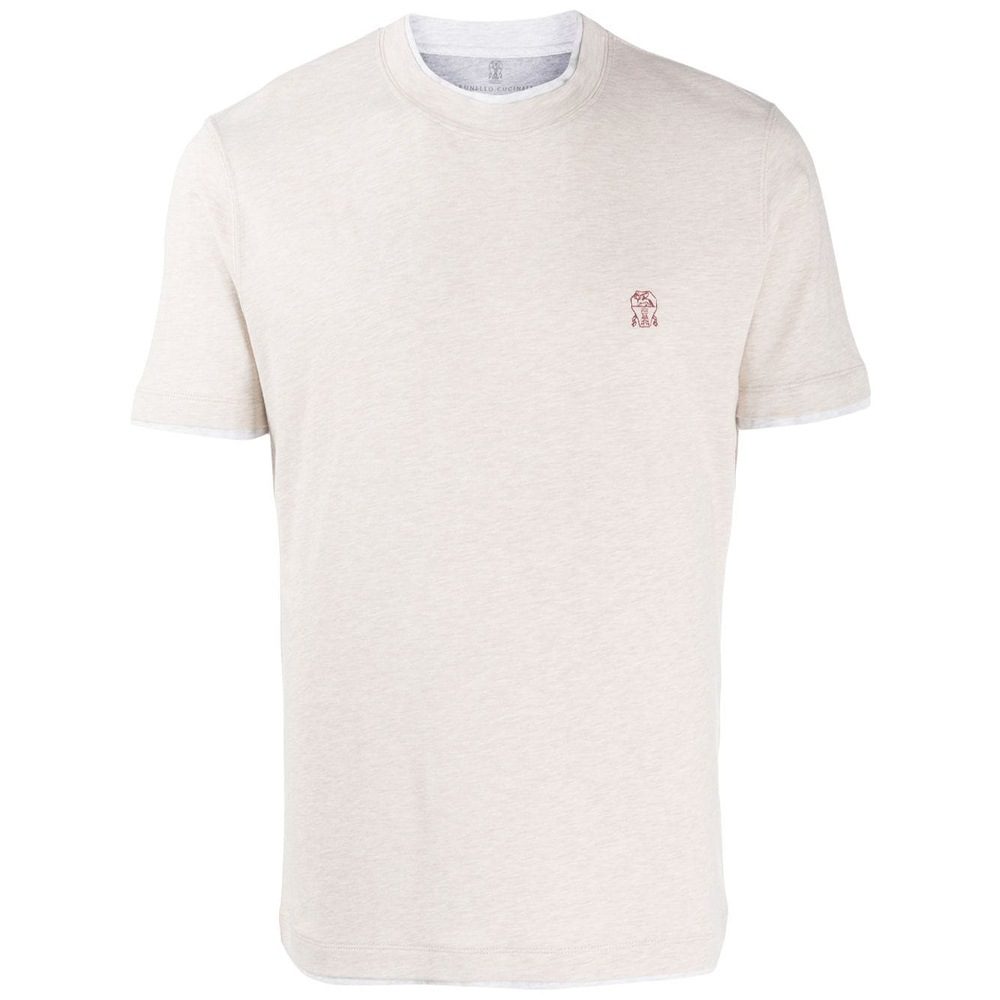 Brunello Cucinelli made a name for himself crafting colourful, cashmere sweaters. Today, his label is better known for its ultra-luxe aesthetic and upscale casualwear. This consists largely of relaxed tailoring, linen and sneakers, but don’t be surprised to find the odd premium T-shirt too.