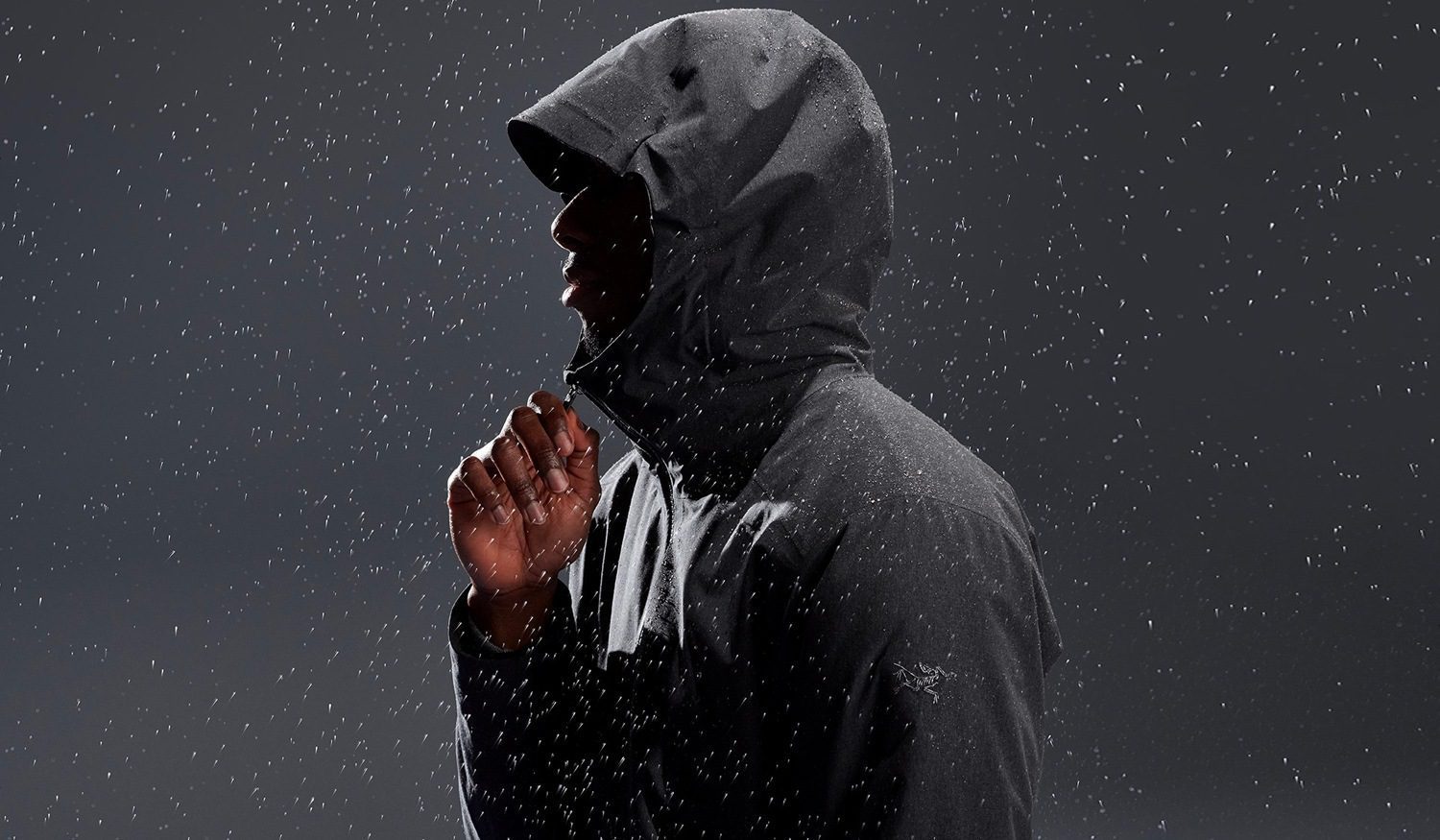 There are few things that can be found at both Everest Base Camp and on the front row of Fashion Week, but Gore-Tex jackets are one of them. What began life as a tool for a job has become one of the hottest items in modern menswear, with everyone from Prada to Palace making their own versions.

It’s good news for style-conscious consumers, for whom deflecting showers has historically meant resorting to an umbrella or ruining a nice outfit with dowdy, uber-practical jacket. There are legitimately stylish options to be found now, with some brands reworking Gore-Tex into classic outerwear silhouettes, and others pushing the technology to its limits with forward-thinking designs.

Whether you’re a menswear traditionalist or a fashion renegade, there’s now a Gore-Tex jacket to suit your tastes and needs. But why Gore-Tex over other waterproof fabrics? And just what exactly is it anyway?

Below, you’ll find the answers to those questions and more, as well as a carefully chosen selection of our favourite Gore-Tex jacket brands. Here’s everything you need to know. 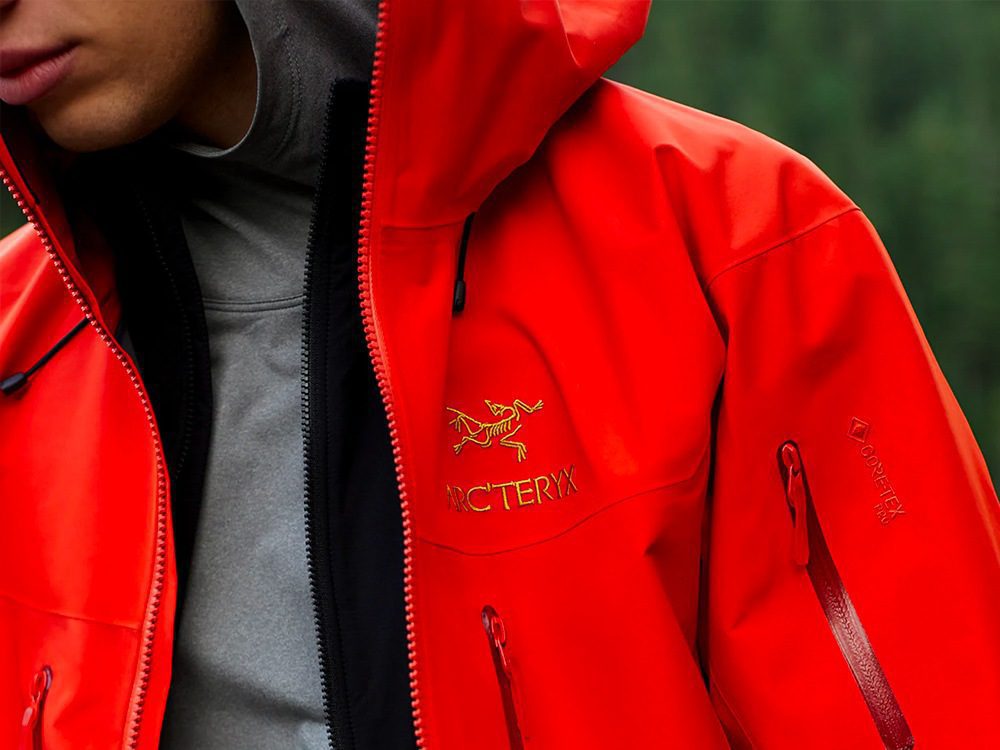 You’ve heard it talked about, seen its name stitched onto the arm of your outdoorsy pal’s jacket, and perhaps even felt its crinkly surface between your fingers, but what exactly is Gore-Tex?

In simple terms, Gore-Tex is a waterproof fabric. But what sets it apart is its ability to block out water while allowing vapour to escape from within.

It was created by accident in 1969 when Bob Gore, the son of a Teflon factory owner, was stretching plastic. This inadvertently caused micropores to open up in the fabric, which just so happened to be small enough to stop liquid water from penetrating, but big enough to let steam get through.

Up until this point, waterproof materials had always come with caveats. They kept the wearer dry, but they were hot, heavy or uncomfortable. Gore-Tex offered the same level of protection as the likes of rubber and waxed cotton, but without any of the drawbacks. It’s been the industry standard ever since, offering its trademark blend of all-weather protection, comfort and breathability. 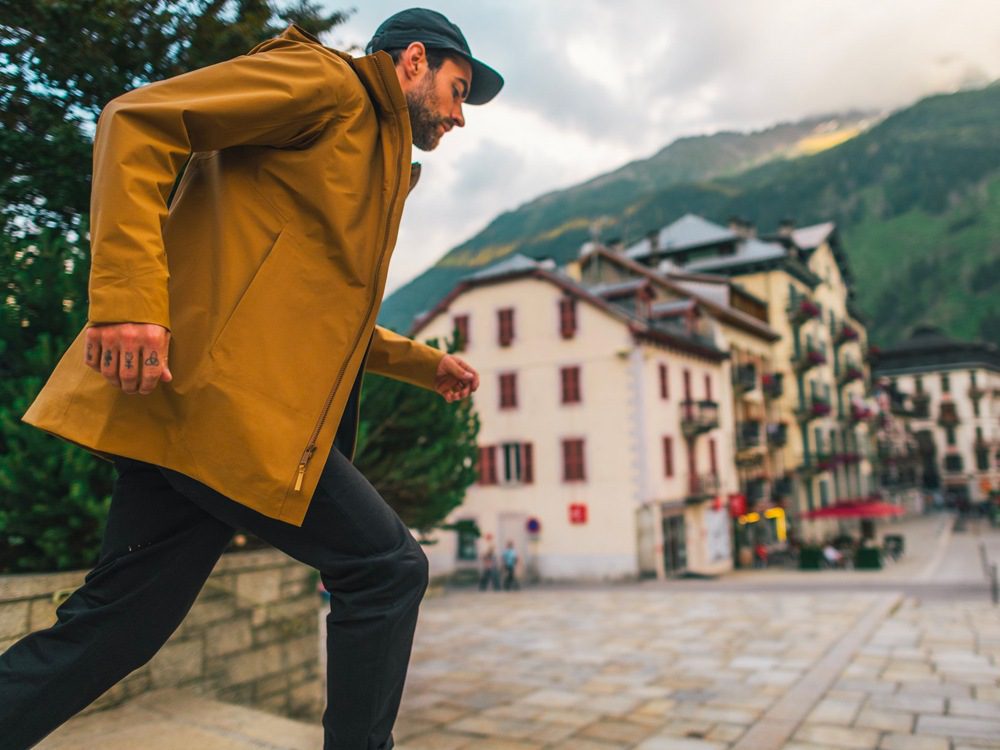 Gore-Tex is by no means the only fabric out there nowadays that is both waterproof and breathable. This begs the question: why not shop elsewhere?

Well, there’s a simple answer to that. At the time of writing, there’s still no other material that has managed to match Gore-Tex’s level of performance without some sort of downside. Be it a weight penalty, a durability issue or just general unwieldiness.

Known for its technical innovation and meticulous attention to detail, Arc’teryx is a premium outdoor brand favoured by people who routinely push their gear to its limits. We’re talking climbers, mountaineers, trail runners, backcountry skiers and, oddly enough, graffiti artists, who took to wearing the label’s Gore-Tex shells in NYC in the late 1990s.

Since then, it’s enjoyed a certain level of fashion clout on the street and has capitalised on that through a number of streetwear-leaning collabs with the likes of Palace and Beams Plus. Virgil Abloh even sent his models down the runway in cut-and-sew Arc’teryx jackets for OFF-WHITE’s Fall 2020 show, cementing the label’s crossover appeal.

Fashion’s current obsession with functionality is old hat for Nanamica. This cult Japanese label had been fusing performance and style for well over a decade before fashion journos began talking about ‘gorpcore’.

The idea behind the label is simple: Nanamica takes technical fabrics and construction methods – the type usually reserved for outdoor gear – and uses them to produce garments that wouldn’t look out of place around town. The brand commonly uses Gore-Tex for its outerwear, but opts for classic silhouettes over sporty, performance-led cuts.

Over the last 20 years, a tsunami of uber-hip, Scandinavian clothing brands has been battering the shores of modern menswear. Norse Projects was one of the originals; a true trendsetter that helped to establish the current tone of contemporary fashion.

Known for fusing a clean, minimalist aesthetic with skate and street-culture sensibilities, Norse Projects creates garments that are timeless, but never boring. For several years now, the Copenhagen-based label has been using Gore-Tex in its outerwear collections, with designs ranging from classic mountain parkas to windproof technical shirts.

NN07 is another of our favourite labels to have emerged from Copenhagen. The brand is rooted in premium wardrobe basics, with pieces like Oxford shirts, overshirts and high-quality plain tees serving as its backbone.

As the brand has evolved, there’s been a growing emphasis on outerwear and Gore-Tex is an increasingly common sight in the label’s seasonal collections. The options range from thigh-length raincoats to down jackets to technical shells, all bearing NN07’s trademark brand of understated Scandi cool.

When it comes to outdoor gear, Patagonia is one of the OGs. This Californian mountain mainstay has won over outdoor enthusiasts and fashion editors alike with its blend of practicality, style and a commitment to the environment.

From spindly climbers who live in motorhomes to that vintage menswear influencer you follow on Instagram, Patagonia’s appeal is universal. It’s a brand famous for fleece, but Gore-Tex has long underpinned the more performance-led outerwear, with technical shell jackets serving as a constant from year to year.

Veilance is the fashion-forward arm of Canadian outdoor heavyweight Arc’teryx . The designs fuse the performance of Arc’teryx’s outerwear with a minimalist aesthetic that will appeal to the more fashion-conscious consumer. But it comes at a price; Veilance’s clothing is notoriously expensive, so if you’re on a tight budget you may want to look elsewhere.