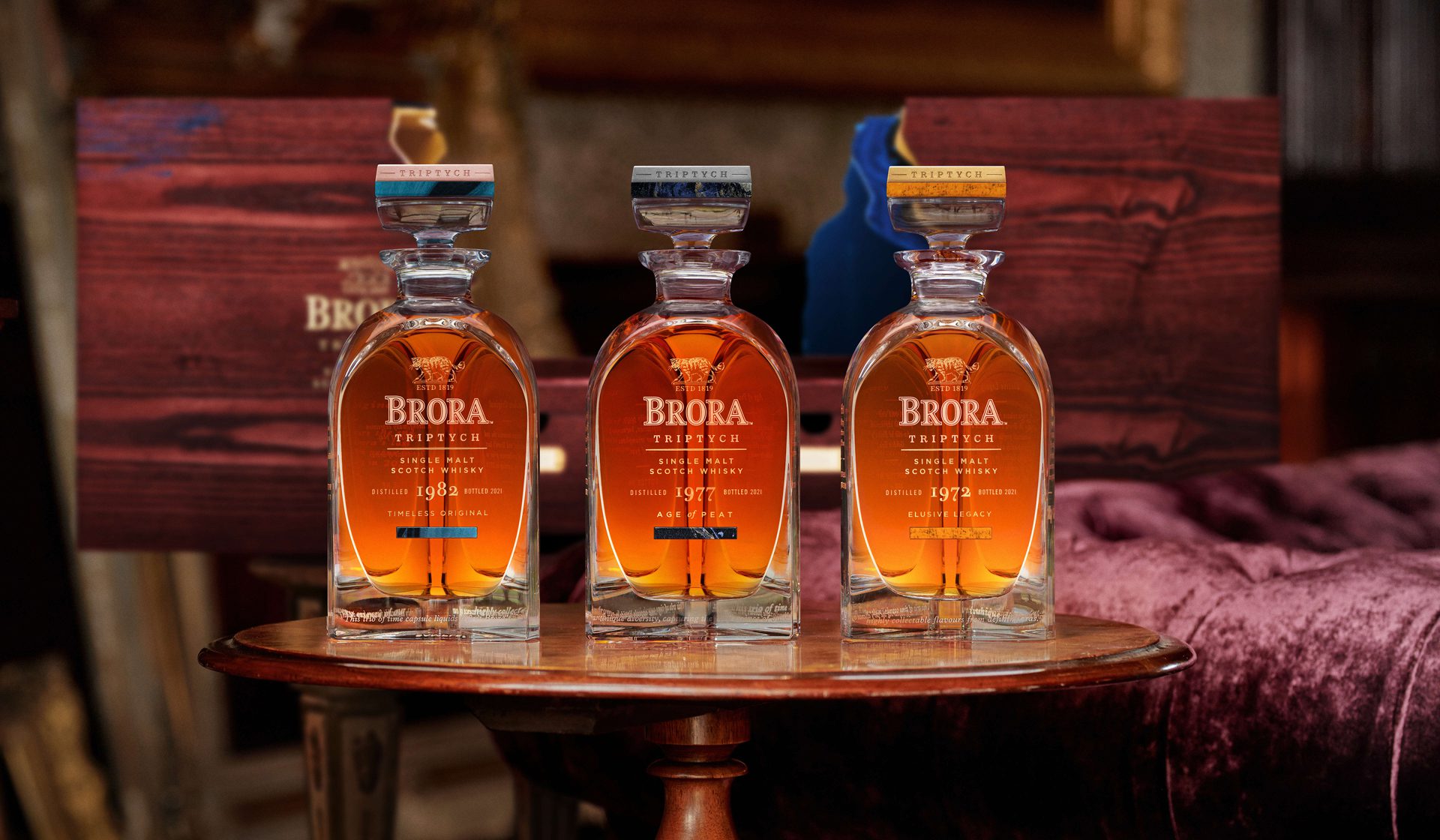 The price of whisky has risen significantly over the last decade. This is not just true for regular core range bottlings but also at the super-premium end of the market, where bottles are now selling for increasingly eye-watering prices.

But what is driving this and what are the brands to look out for? Below we take a look at eight of the biggest names that have gained recent success in the market.

What Makes a Whisky Expensive?

This boils down to two key factors: age and rarity. You can add in prestige too, which some distilleries and whisky brands carry more than others. Older whiskies must be exceptional to make it to the age that they do – most do not get that far and are used in younger core range expressions – which also makes them rare.

But ‘rarity’ is different. This includes whiskies coming from long-closed distilleries that will never produce again with remaining stocks dwindling with each new release. The further from the distillery’s closure date, the more expensive and desirable the whisky becomes.

When the north Highland distillery of Brora closed in 1983, many thought that was the end. However, after sitting silent for almost four decades, Brora is back. A huge investment from owners Diageo has seen the cult distillery returned to its former glory.

The first new spirit came in May 2021 so we will have to wait years for any new releases to surface. 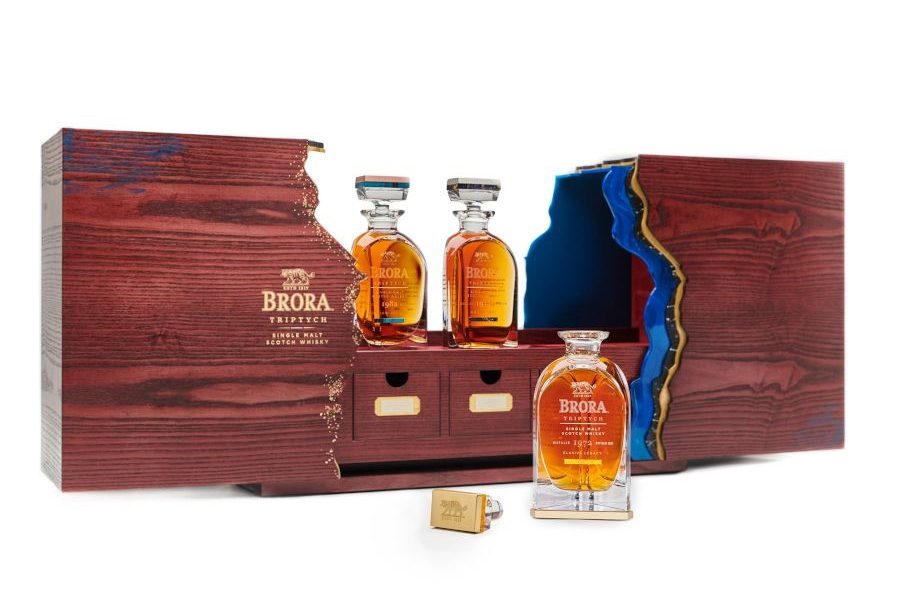 Pre-1983 bottlings are still available, despite stocks being at an almost terminal level. To celebrate the reopening a set of three whiskies was launched: The Brora Triptych.

Also in the north Highlands is Dalmore, one of the most prestigious single malt brands in the world. For the last two decades its whiskies have been revered around the globe and are created by Richard Paterson OBE, the legendary Master Blender of Dalmore.

During his 50 years at the distillery, he has released some exquisite expressions with many using ex-sherry casks to give a rich, bold and fruity flavour. 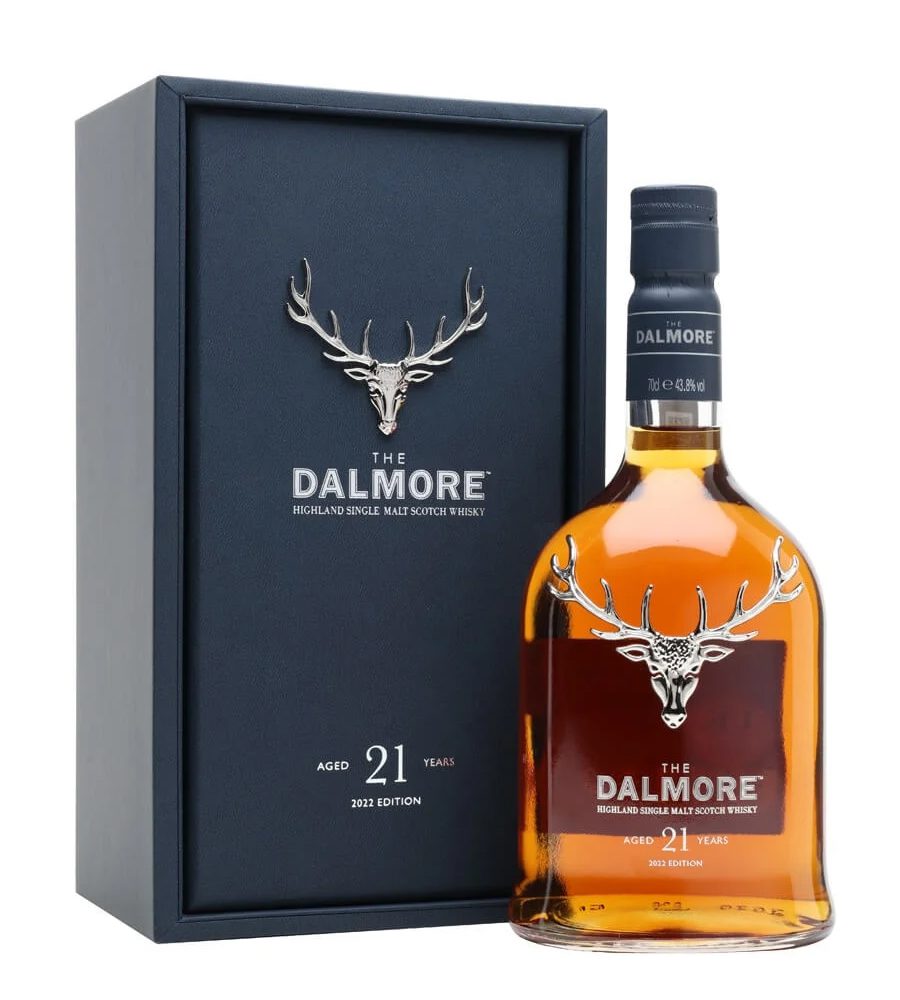 The limited releases are highly collectable and desired by the rich and decadent. They also without exception sell for extraordinary prices.

Bottled vintages go at price points well into the thousands, with older age statements following a similar path. The recently released Dalmore 21 Year Old sits a little under that at just £575. A bargain (of sorts).

The Glendronach distillery in rural Aberdeenshire is now known for its robust spirit and use of top-class ex-sherry casks.

Demand for old and rare expressions of Glendronach is at an all time high, but it has not always been this way. For much of its history, it was seen as a workhorse distillery that supplied its malt to several blending houses. It is only in recent years that a change of ownership shifted the focus towards single malt. 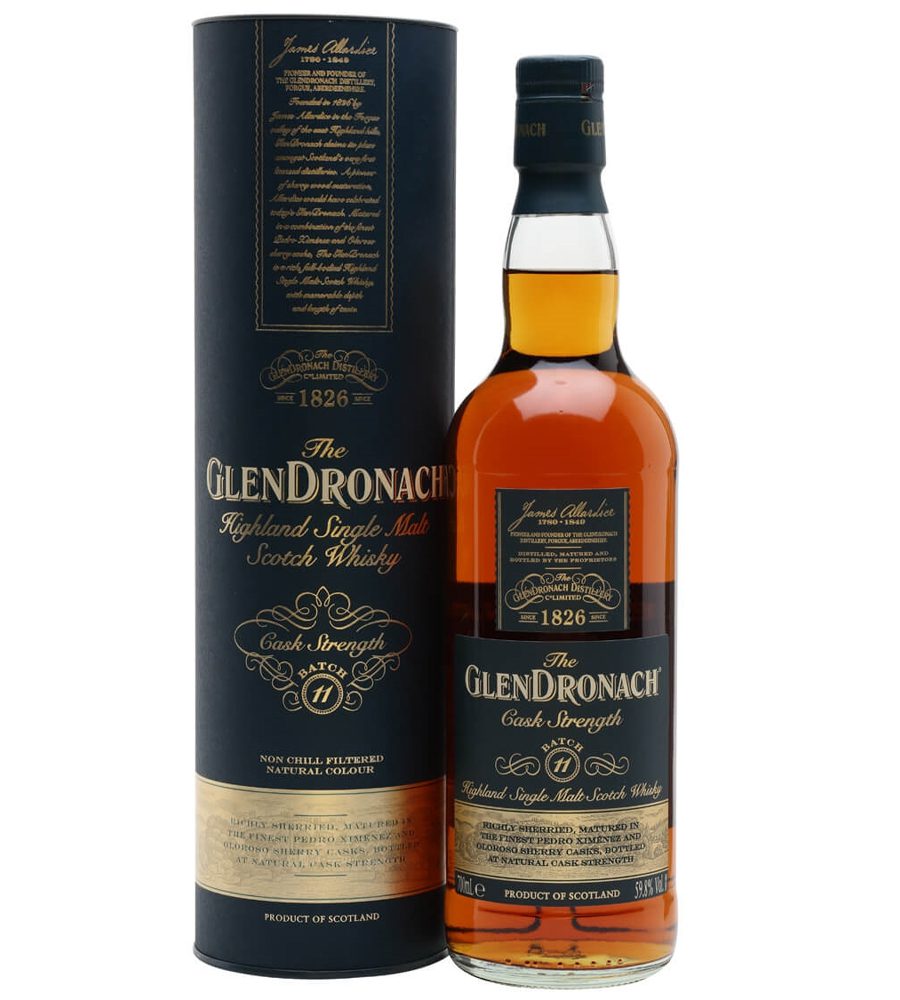 Glendronach annually release a batch of vintage bottlings, which sees heavily aged single casks selected from the warehouses. These are occasionally joined by small-batch limited editions such as the Grandeur series.

The latest, Batch #11, has recently been released at 28 years of age and natural cask strength, with an RRP around £700.

The Japanese distillery of Karuizawa has gained legendary status. When it closed in the early 2000s, Japanese whisky did not hold the status that it does now. Very few knew or cared about it. Karuizawa was a victim of this apathy but has found life after death, along with considerable success.

The remaining whisky stocks were sold and rebranded, before being released as an increasingly rare and expensive set of bottlings. 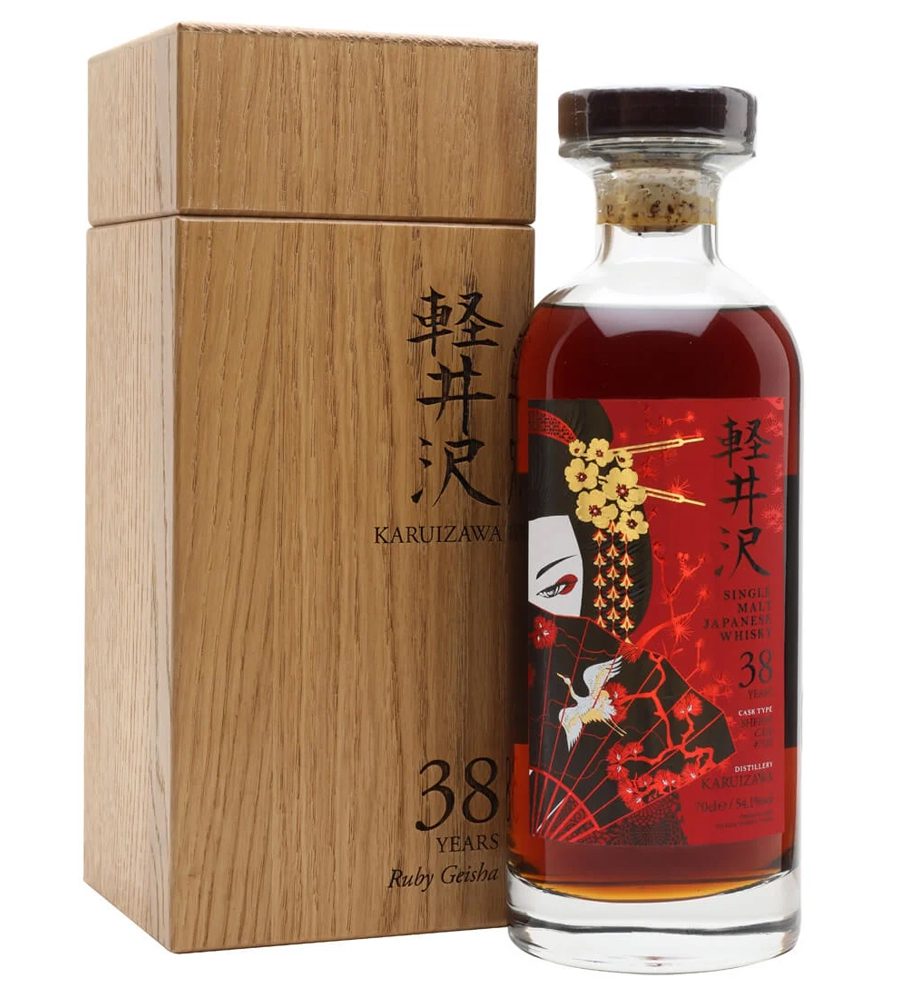 Very little whisky from Karuizawa is said to remain, so this has driven prices even higher. They are simply staggering and begin at around £25,000 a bottle.

A recent vintage, the Karuizawa 1960, one of the rarest and oldest ever released, sold for an extraordinary $635,000 at auction.

Macallan is arguably the most desirable Scotch single malt on the planet. The Speyside distillery has grown to become one of the largest in Scotland, producing an amazing 15-million litres of whisky per year.

The brand’s marketing has been strong since the 1980s and they are particularly dominant in America and Asia. It helps that Macallan was James Bond’s Scotch of choice during the Daniel Craig era. 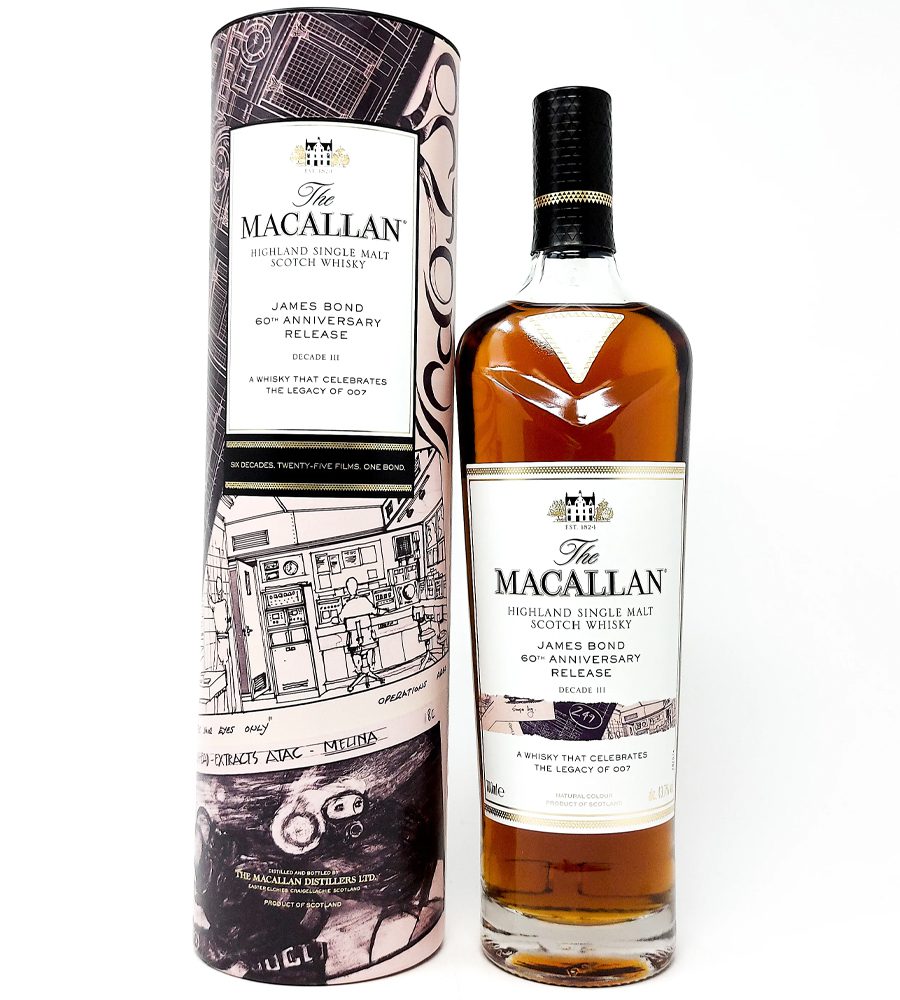 The brand has released an exclusive set of whiskies to commemorate 60 years of James Bond, with each of the six bottles inspired by a different decade of the movie franchise. You might need more than a super spy’s salary though: RRP is around £2,600 per bottle.

Macallan has also collaborated on bottlings with famous artists, photographers, Michelin-starred chefs and most recently the prestigious car manufacturer Bentley.

The Scottish distillery of Springbank has always had a loyal cult following amongst whisky connoisseurs and aficionados. Its top-quality and award-winning whiskies are made in small batches using traditional hands-on practices.

However, minimal production quantities have created a supply problem and it cannot cope with demand. This has in turn driven prices of the Campbeltown malt much higher than many of its competitors. 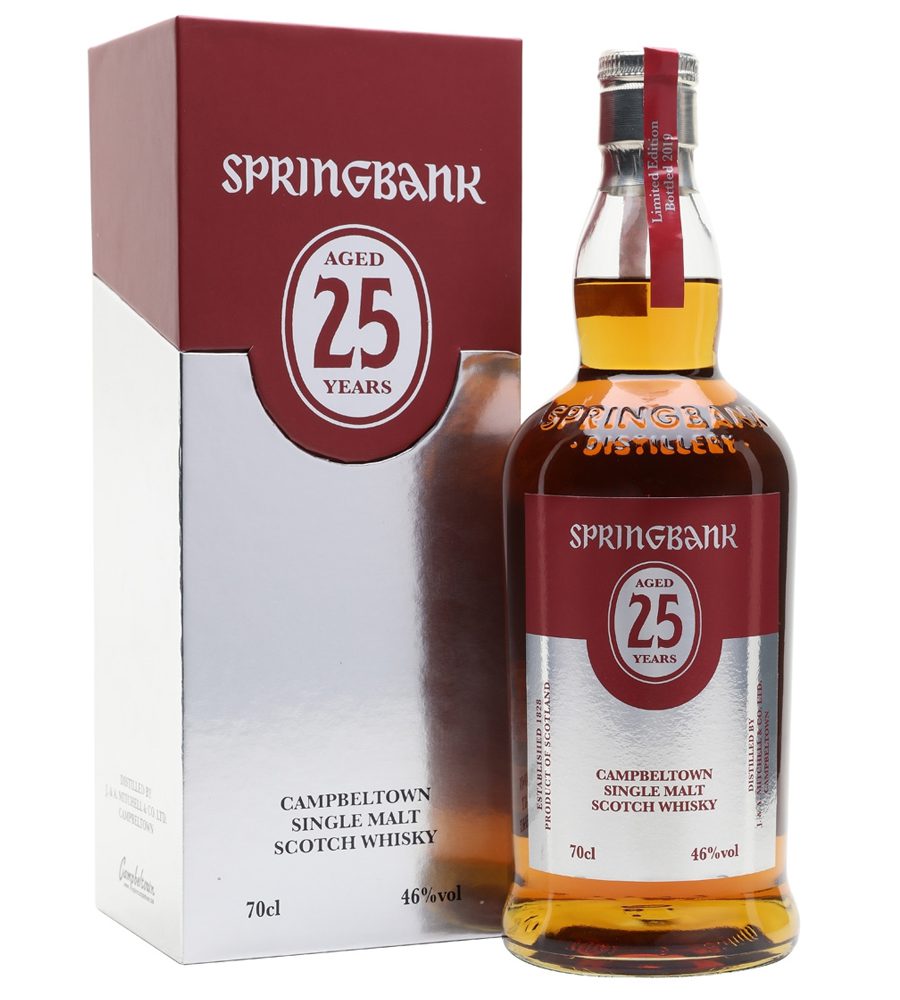 Consumer demand shows no sign of slowing. Recent releases have been few and far between with price tags reflecting this.

Even the independent bottlers have caught on, so Springbank’s ‘bargain malt’ seems a thing of the past. The Springbank 25 Year Old is currently selling for £2,000, while core releases start around £75.

There is no doubt as to the most prized and expensive American whiskey: Pappy Van Winkle bourbon. Bottlings are extremely rare and fetch previously unthinkable prices, whether through retail or auction.

The original distillery was closed in the early 1990s and stocks from there are almost depleted. Production was taken up by Buffalo Trace in a joint venture with the Van Winkle family. 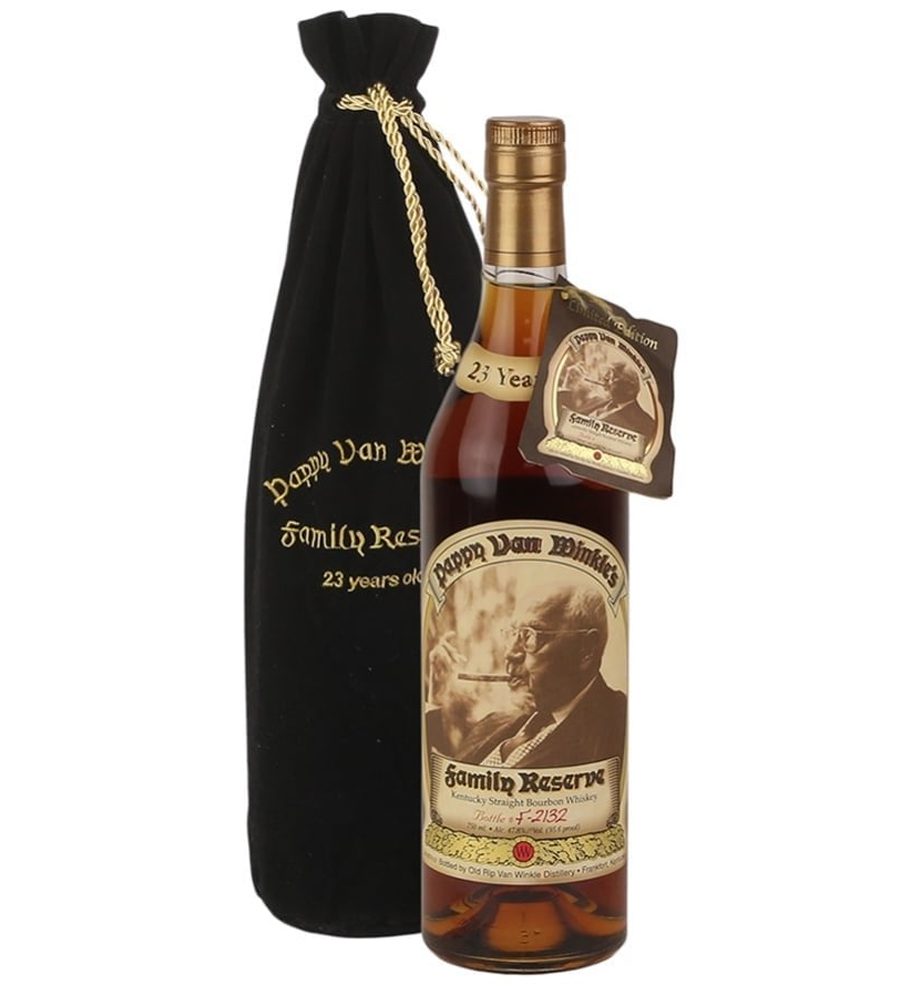 Each year just a few thousand bottles of Van Winkle are released, and this has whisky fans and collectors scrambling to purchase them. But you will have to have deep pockets these days – the 10 Year Old goes for around £850, the 13 Year Old for £1,500 and the 15 Year Old for £2,300. And these prices will only increase.

The Port Ellen distillery on the famous Scottish whisky island of Islay closed in March 1983. It was later demolished, eradicating any possibility of it coming back to life at some point.

Therefore, prices have risen steadily over the last decade as maturing stocks dwindle and get increasingly old. But much like Brora, Port Ellen has been rebuilt and distillation is due to commence in 2023. 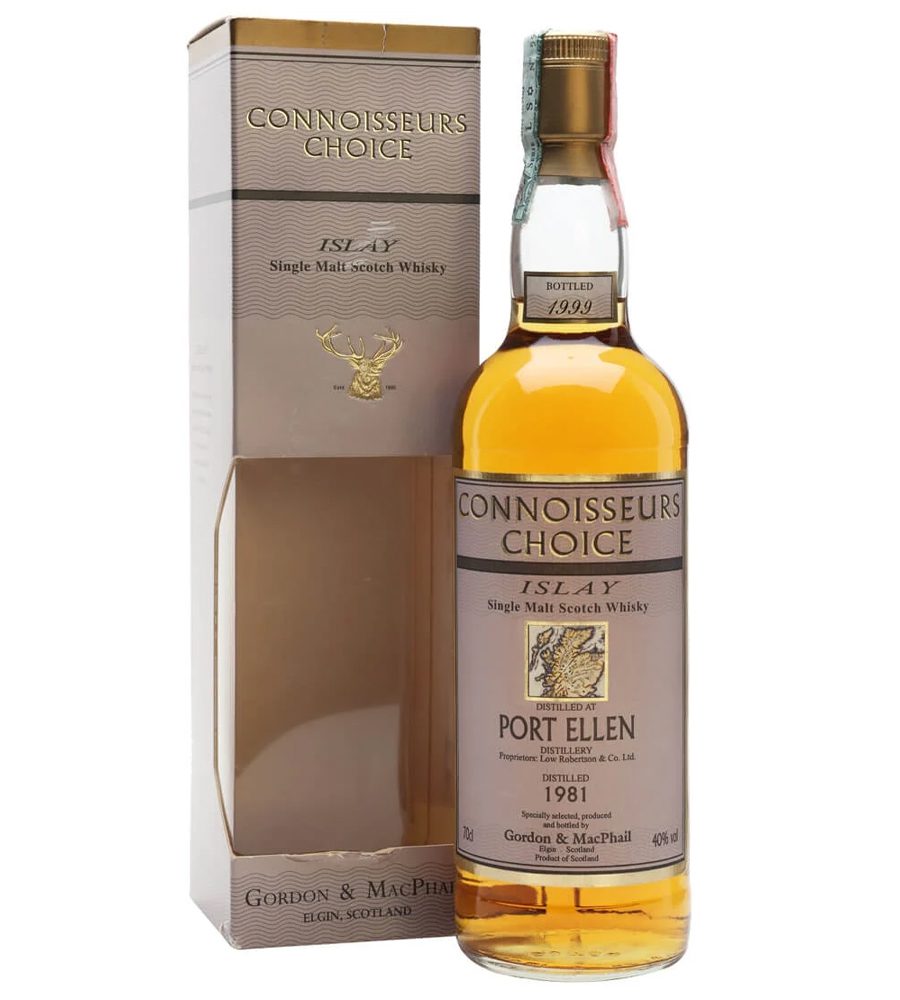 When Port Ellen closed in the early 1980s it was little known and seen as a disposable and expendable asset. Now, whisky fans are waiting with bated breath to discover what its new spirit will be like.

The most recent bottling is the Port Ellen 1980 Vintage 41 Years Old, which sits within the wider Prima & Ultima collection. Just £9,500 a bottle, if you fancy one.