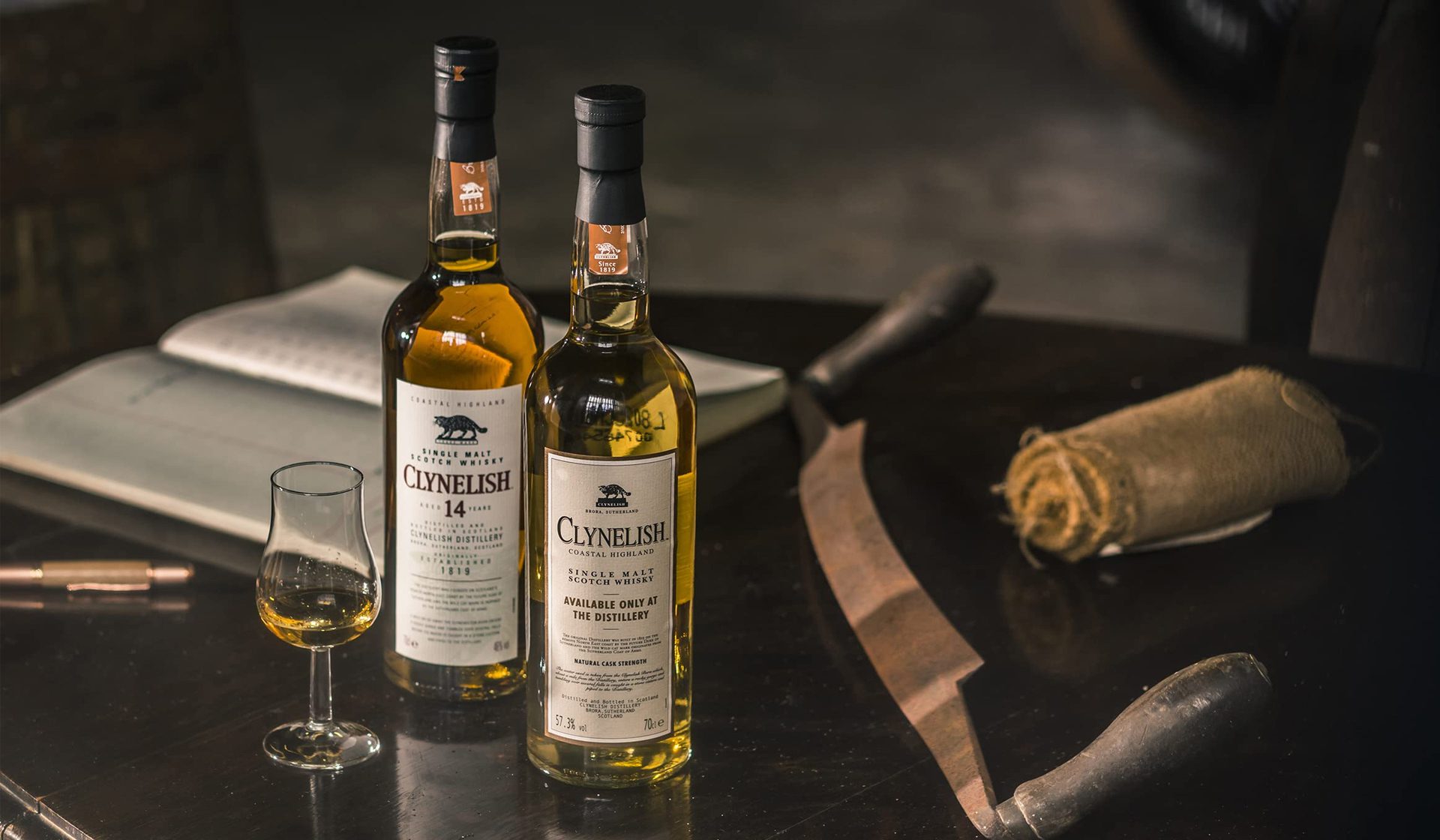 Speak to any Master Blender at any whisky distillery in Scotland and they will tell you that a Scotch whisky’s teenage years are some of their best. These years represent a real sweet spot in terms of how the spirit evolves and matures over time in the barrel. The whiskies are at their prime.

Very few scotch whiskies make it beyond these years as a result. Only those identified as being truly exceptional get to move into their twenties and beyond. Most brands will have at least a couple of expressions in this teenage zone. Here, we showcase 10 of the very best whiskies aged between 13 and 19 years old. 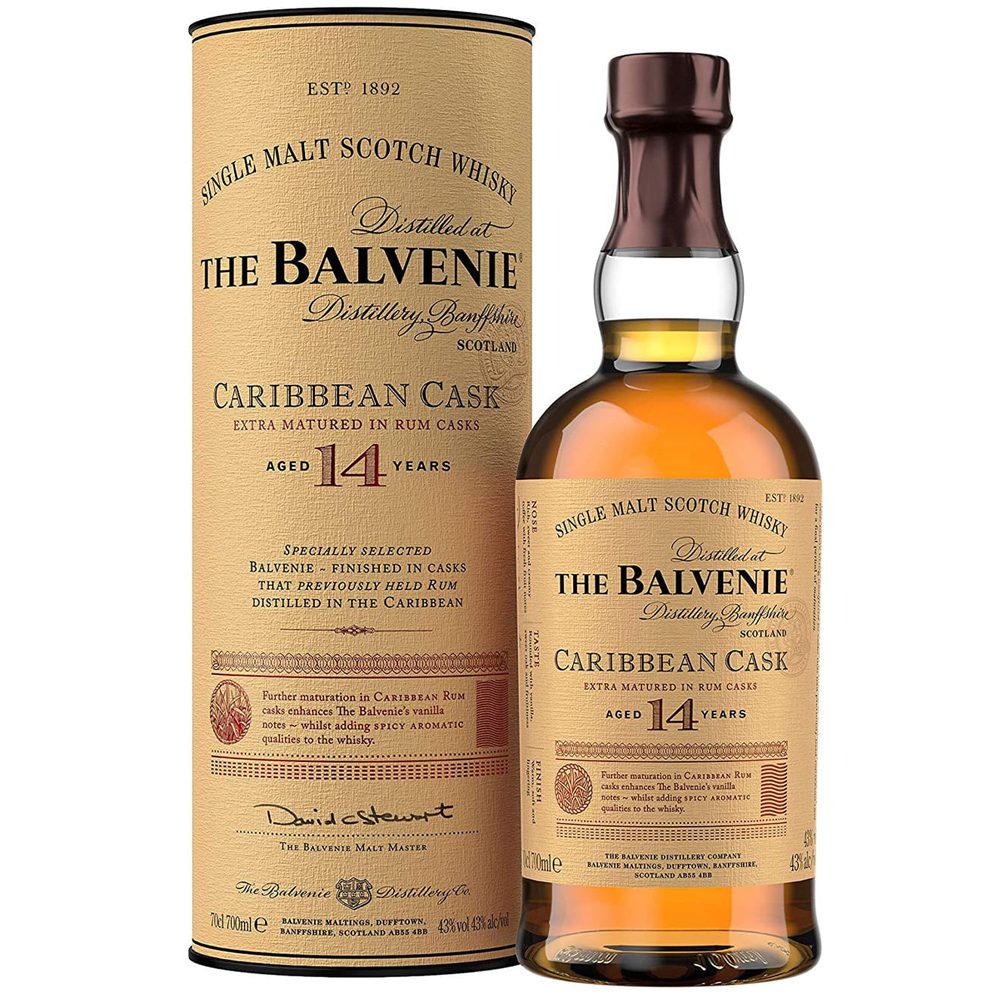 Balvenie were one of the first exponents of ‘finishing’ in the Scotch whisky industry in the 1980s. This process sees whisky transferred from one barrel to an alternative one for a short time to extract different flavours.

The Caribbean Cask is a fine example and sits within the Speyside distillery’s extensive core range. The short finishing period in ex-rum casks from the Caribbean enhances the spirit and gives a fabulous brightness, sweetness and vibrancy to it. 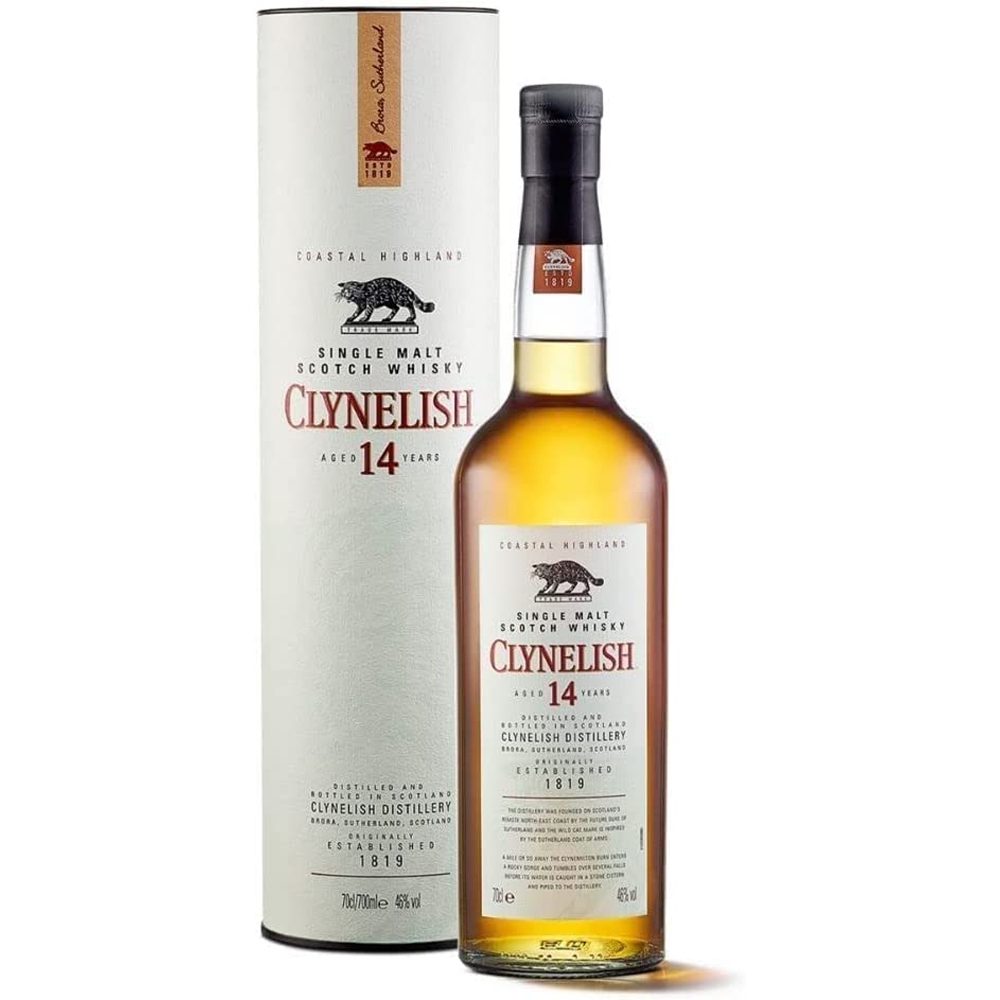 This north Highland beauty is a true whisky lovers’ whisky. Not really known to the wider world, Clynelish 14 Years Old has gained something of a cult status amongst whisky drinkers.

Its big, bold and coastal style transports you to the distillery in the north Highland seaside village of Brora. Clynelish is known for an intriguing waxy texture and the slightest whiff of gentle ashy peat smoke – both of which add depth and complexity.

The Clynelish distillery is also the Highland home of Johnnie Walker and is a major component in the famous blend. 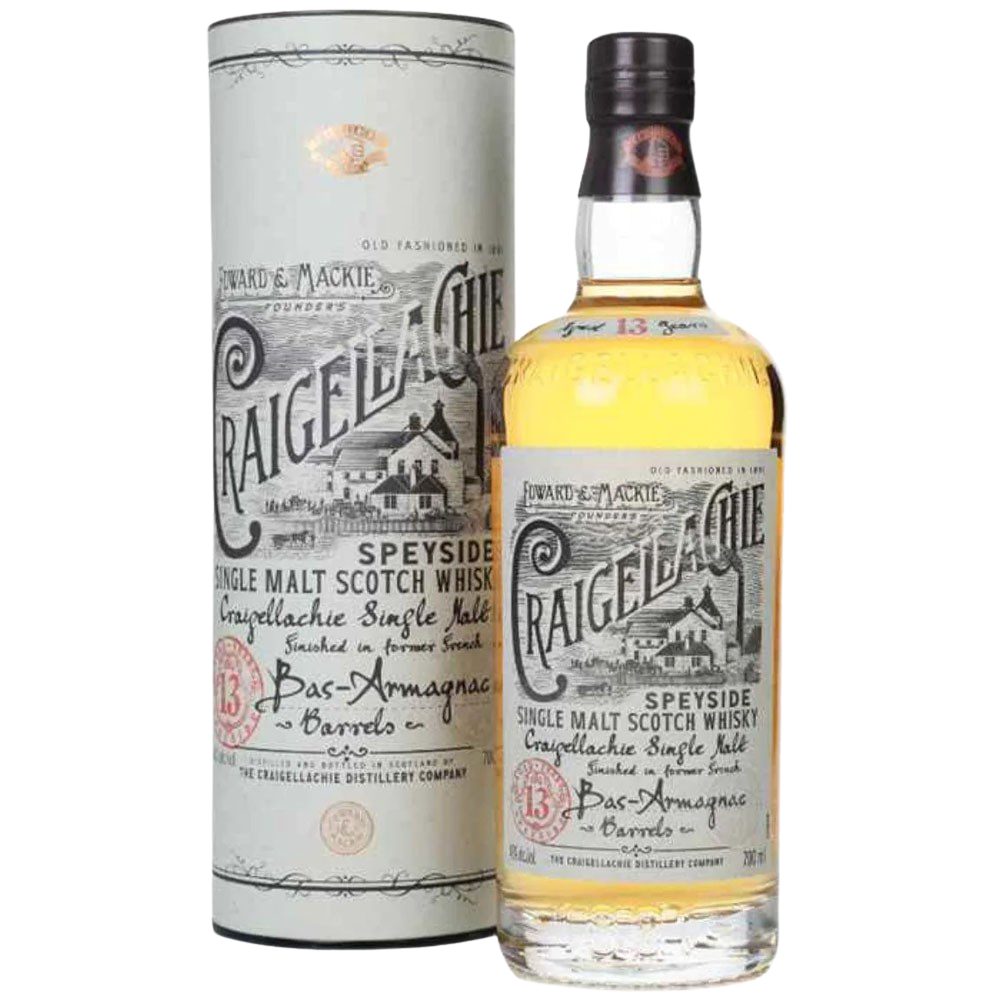 The Craigellachie distillery sits in the village of the same name in the heart of Scotland’s famous Speyside region. Despite being a substantial distillery, it remains largely unknown to a wider audience. As a result, this big, bold and savoury single malt flies under the radar and is criminally underrated.

The 13 Years Old is the flagship whisky in the range and packed with notes of green apple, toasted nuts and golden syrup. A distinctive and quirky metallic characteristic sits in the background, as does a whiff of distant peat smoke. 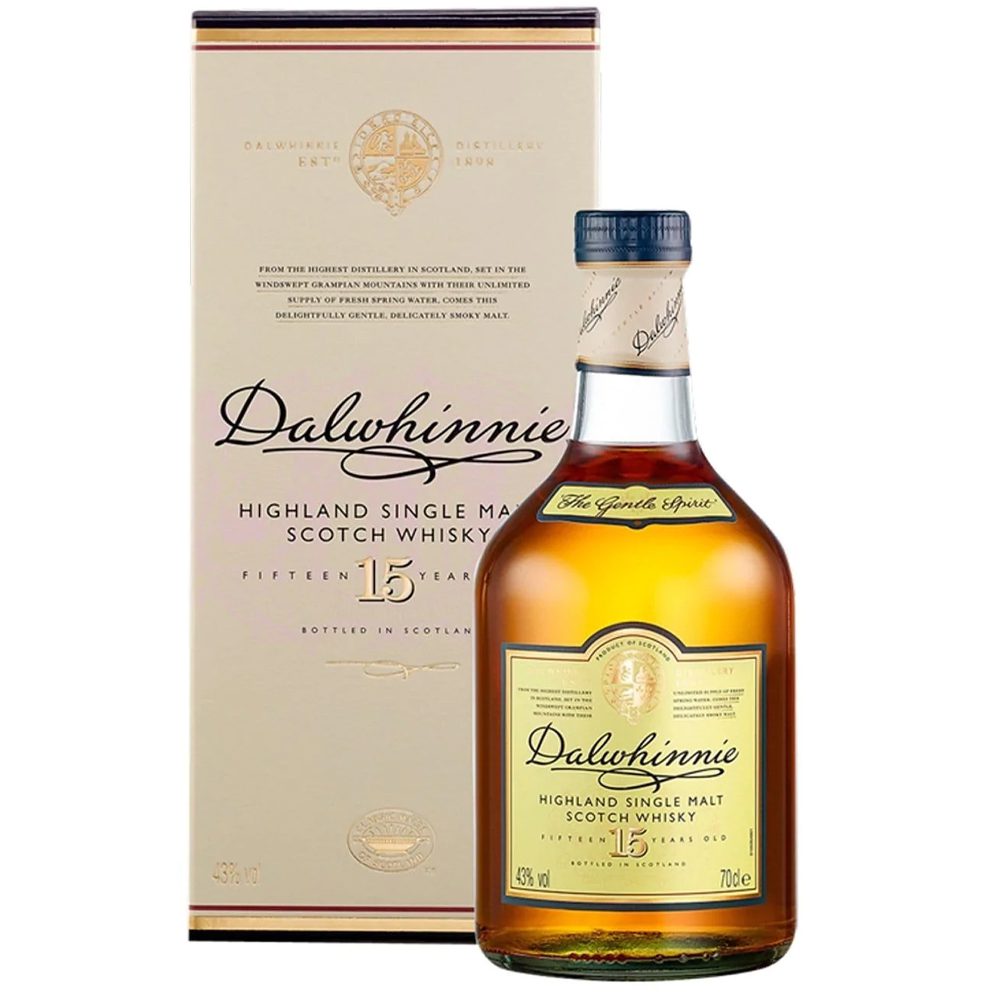 A classic whisky from the Highlands. Dalwhinnie is one of Scotland’s highest distilleries at 352 metres (1,154 feet) above sea level, sitting deep within the Cairngorms National Park near the treacherous Drumnochter Summit.

The Dalwhinnie 15 Years Old has long been the best-selling single malt from the distillery and has a delicious sweet, malty and fruity flavour profile. Notes of heather honey, vanilla, dried grass and delicate earthy spices create a wonderful balance and complexity.

This is a must for your drinks cabinet. 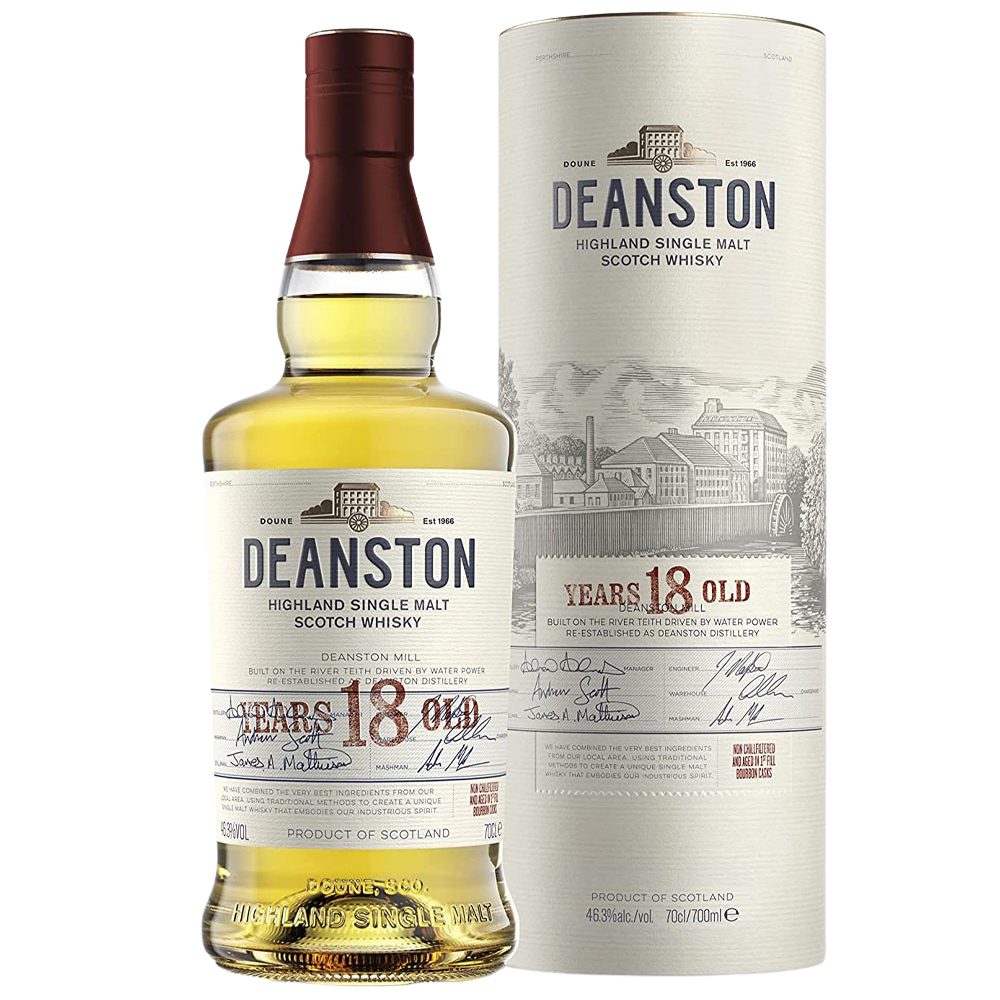 The Deanston distillery in Perthshire is a somewhat undiscovered whisky gem. It was founded in the 1960s but is housed in an 19th-century former cotton mill on the banks of the River Teith. During the Victorian era, it was home to Europe’s largest waterwheel.

Deanston’s whiskies are known for their robust but fruity character, which partly comes from a long fermentation time. This 18 Years Old is sublime and matured entirely in ex-bourbon barrels. Expect notes of vanilla, honey, tropical fruits and shortbread. 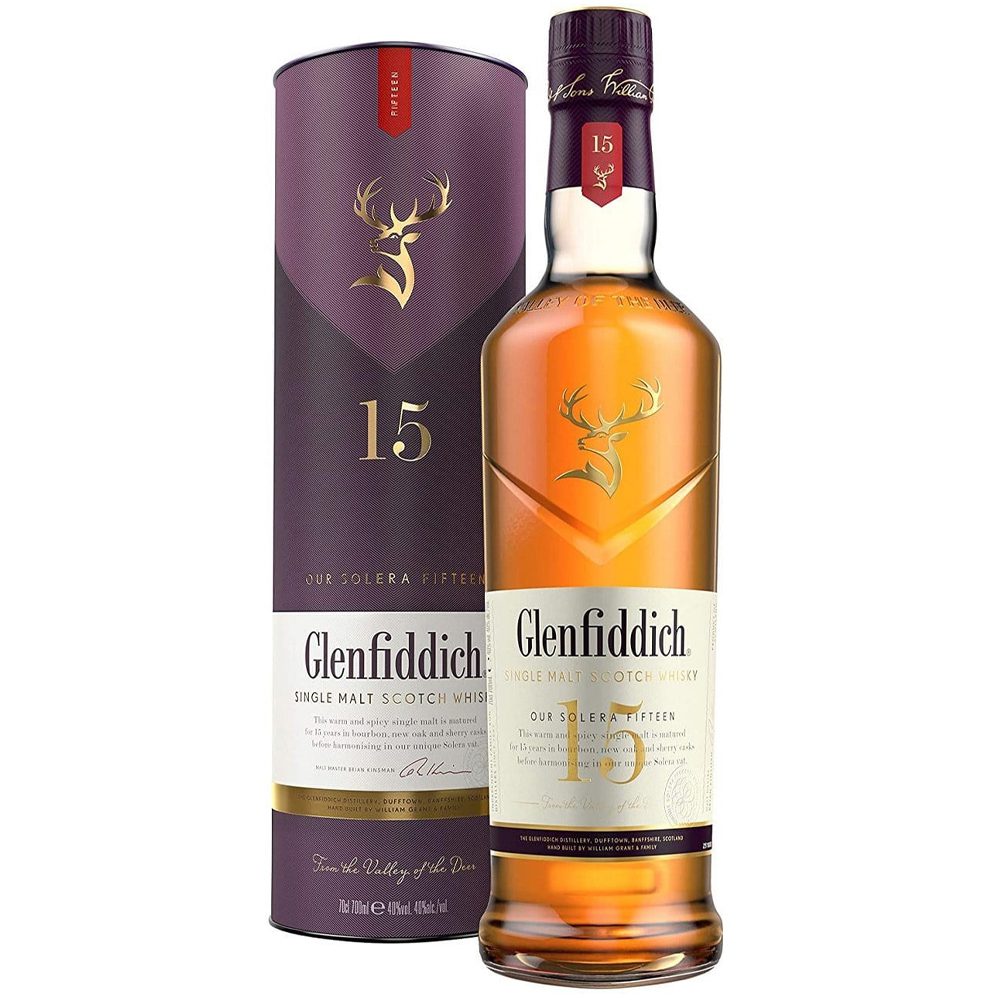 Glenfiddich is the biggest-selling Scotch single malt brand in the world. The distillery is huge and pumps out over 20 million litres of spirit per year. When something is so popular it can be easy to disregard or overlook it, but this Glenfiddich is one of the finest 15 year olds on the market and many people’s whisky that got them into whisky.

Matured in ex-bourbon, sherry and virgin oak casks, the whiskies are then married and left to get to know each other in a huge solera vat at the Speyside distillery. 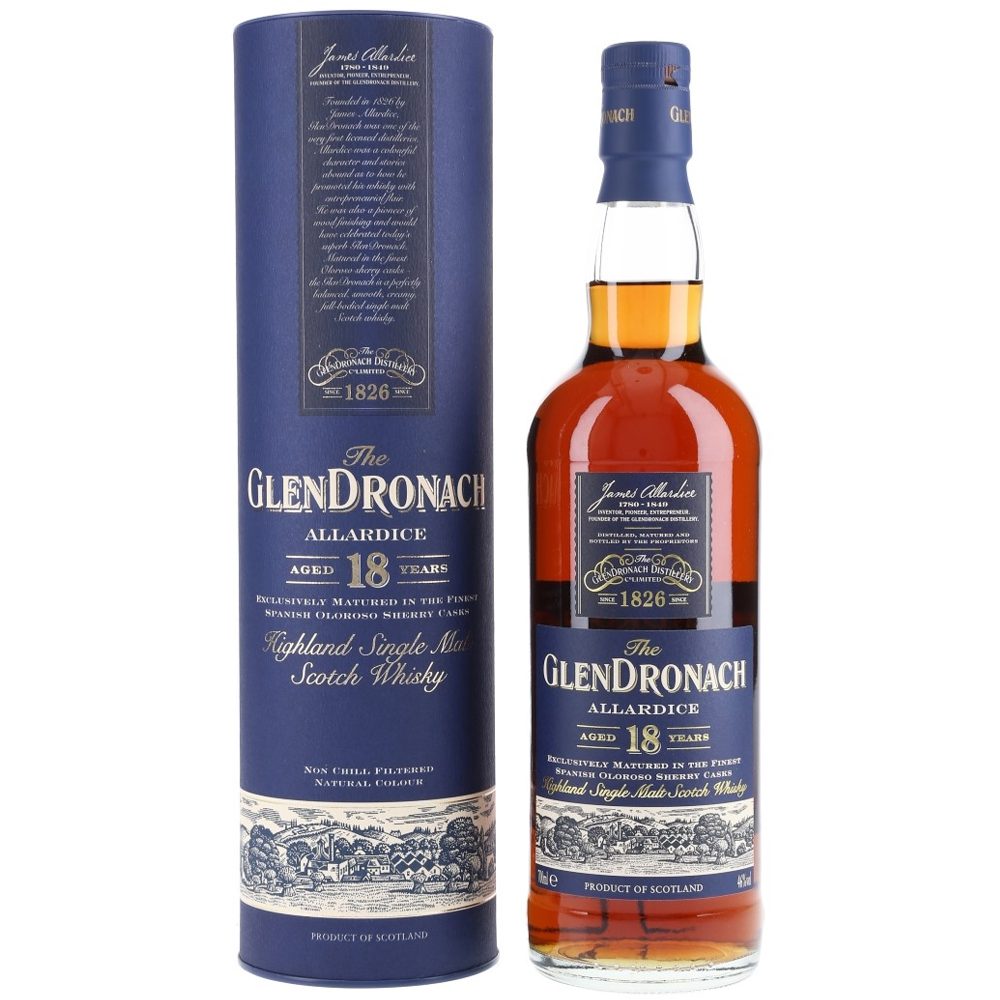 The rural Glendronach distillery in Aberdeenshire is well known for its use of old sherry casks to mature their whiskies. But this exquisite bottling takes it to another level and is a true ‘sherry bomb’.

Named as the Allardice, after the distillery’s founder James Allardice, the 18 Years Old is deep, rich and brooding in flavour and often incorporates older whiskies in the mix. 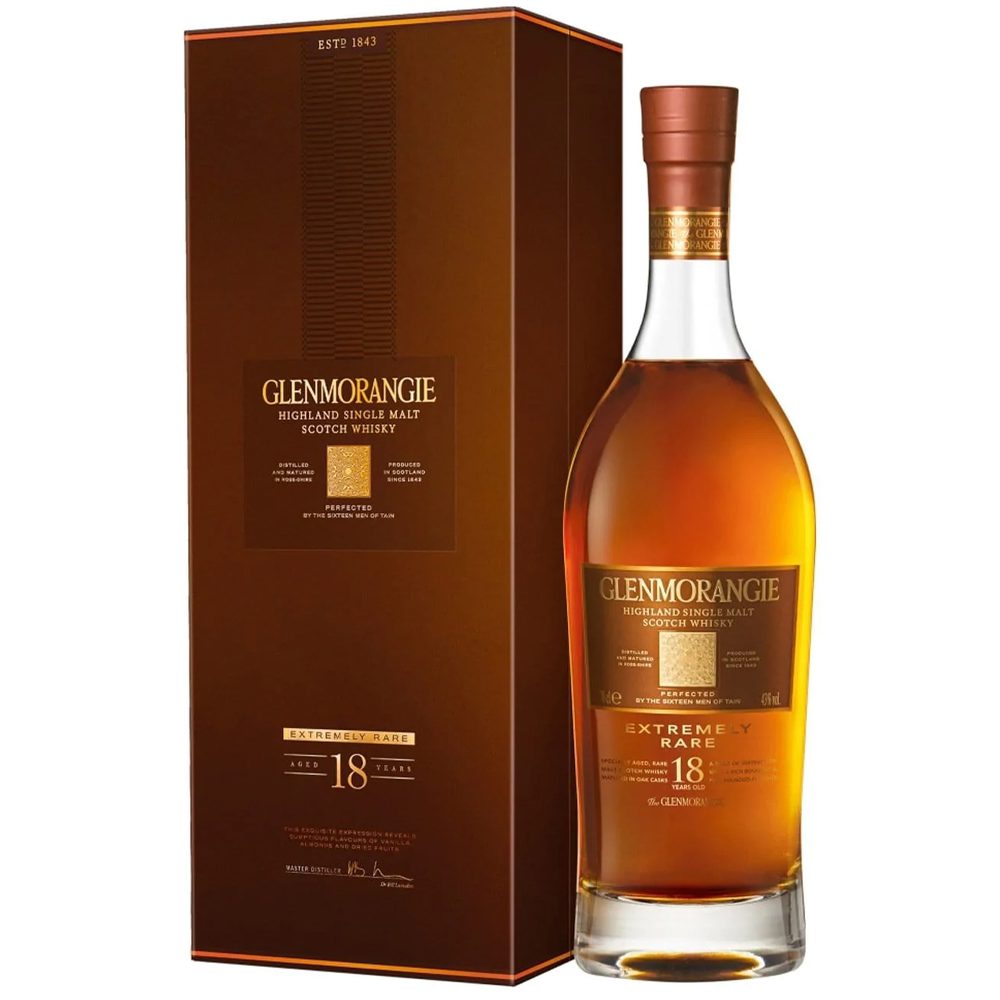 The north Highland distillery of Glenmorangie sits on the shores of the picturesque Dornoch Firth and boasts the tallest stills in the Scotch whisky industry at five metres (16.5 feet) high. These stills produce the light, delicate yet expressive spirit for which Glenmorangie has become famous.

Ex-bourbon casks and Glenmorangie have long been a perfect match, and this reaches its nirvana in the 18 Years Old. Silky and sublime with a fabulous creamy texture thanks to notes of vanilla, coconut, tropical fruits, butterscotch and a pinch of cinnamon. 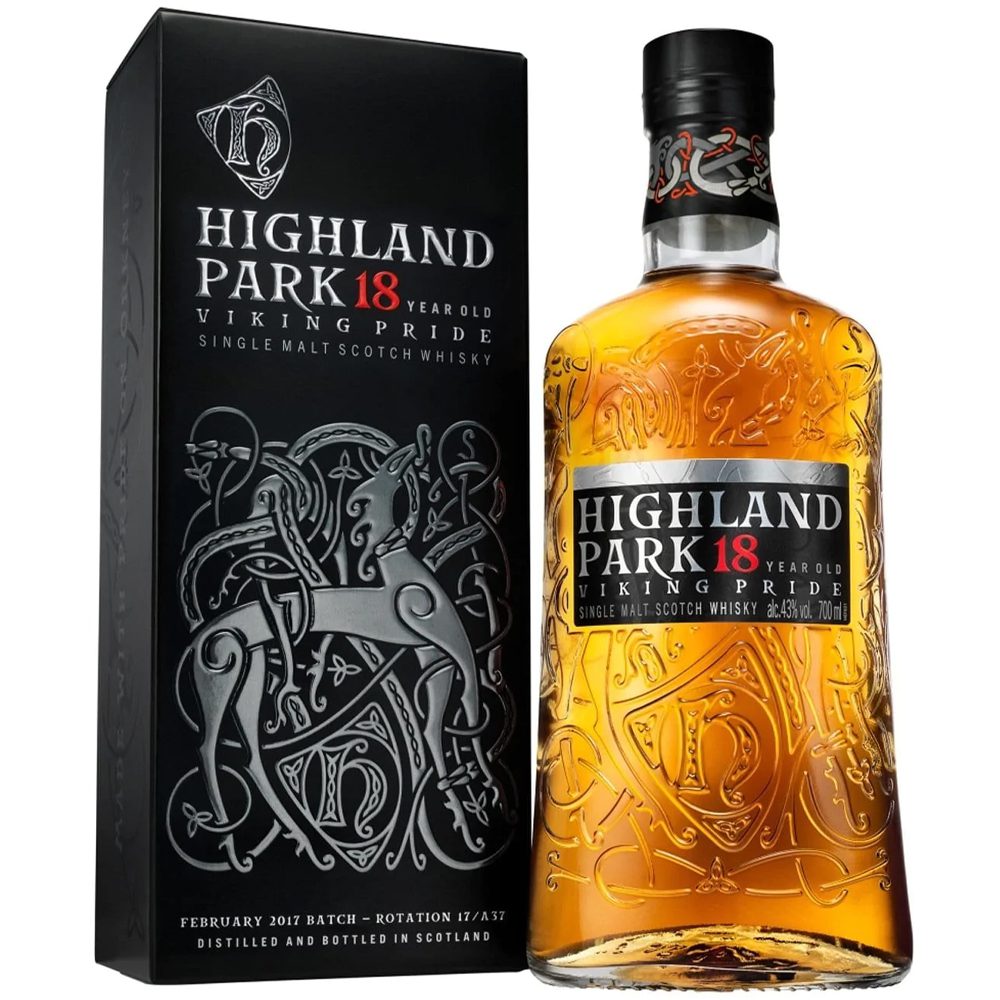 For much of its long history Highland Park was the most northerly whisky distillery in the UK. It has now been usurped by a new project on Shetland but remains one of the few in operation from the 18th century.

Highland Park is in Kirkwall, the capital of the Orkney islands. The islands have a rich Nordic heritage – having been repeatedly invaded by the Vikings back in the day – and Highland Park has tapped into this for their range.

Named Viking Pride, the 18 Years Old whisky is a classy, elegant and velvety whisky with hints of smoke. 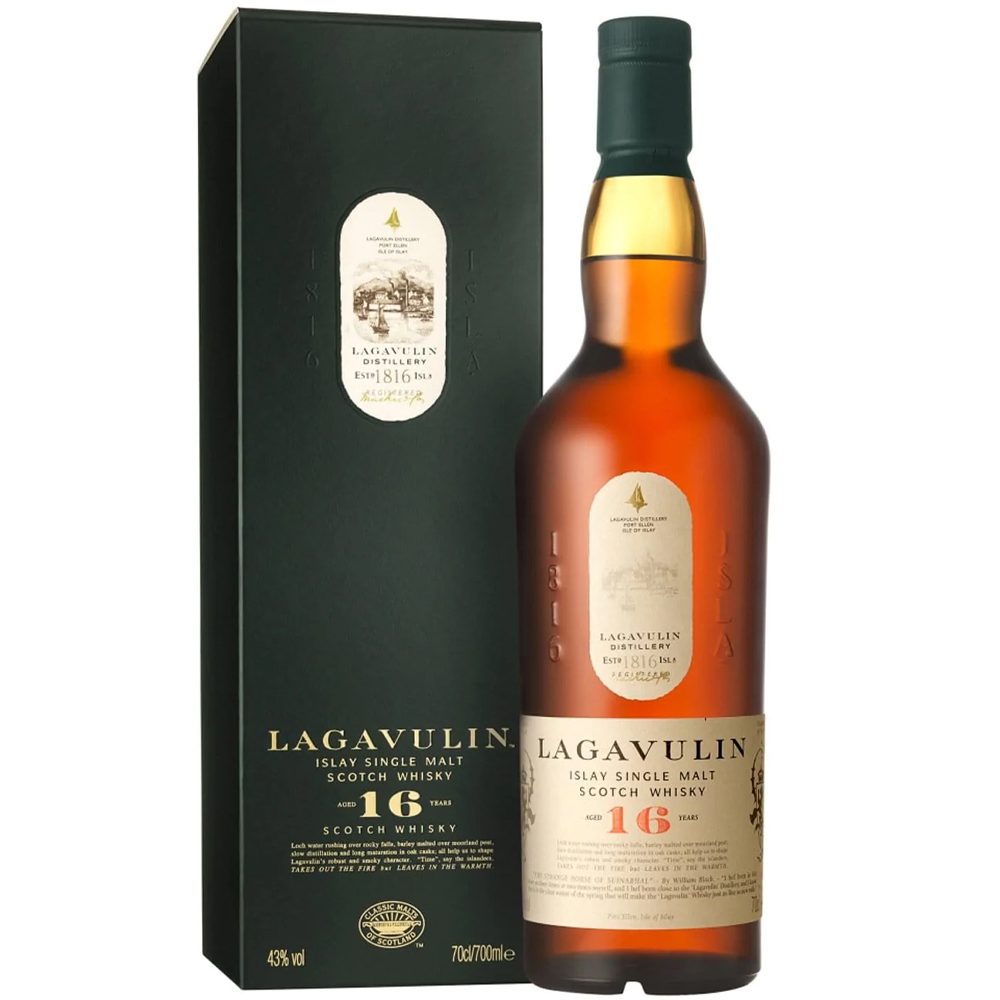 If you like peaty and smoky Scotch whiskies then they really do not get much better than Lagavulin. Located on the rugged southern coast of the famous whisky island of Islay, the distillery has been producing its big, bold whisky since 1816.

The Lagavulin 16 Years Old is an absolute classic and widely regarded as one of the most archetypal examples of the peated style. It presents an excellent marriage of ex-bourbon and ex-sherry casks, which complement the peat smoke superbly.