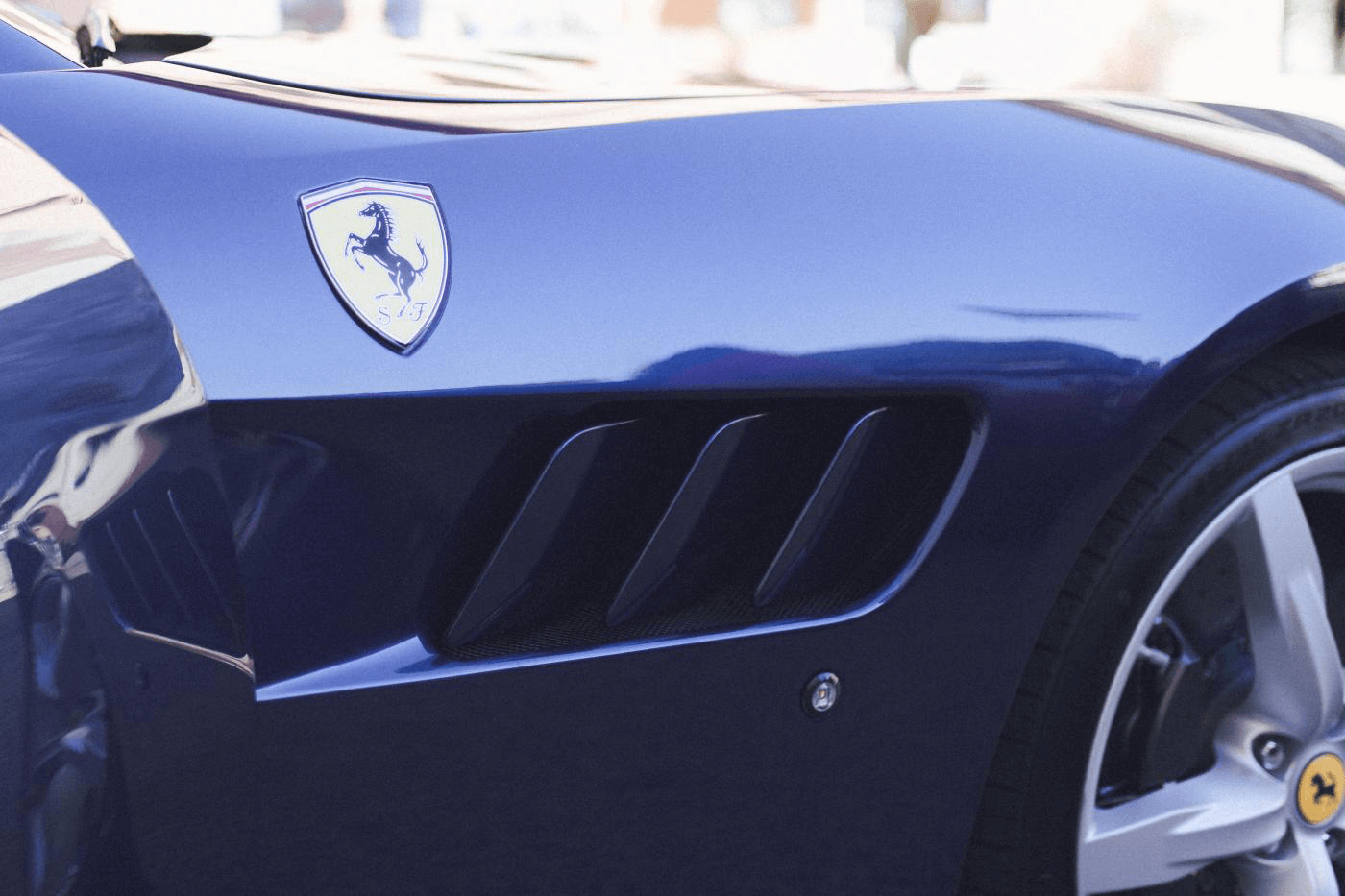 When Ferrari emailed to ask if someone from Ape to Gentleman would like to fly out to Italy to put their latest creation; the Ferrari GTC4Lusso through it’s paces- it’s not something you say no to. The home of Ferrari- Italy, the stunning Tuscany countryside and one of Ferrari’s most unique creations- the new GTC4Lusso; an almighty beast disguised as a daily-use, 4-seater grand tourer car. Some recipe. 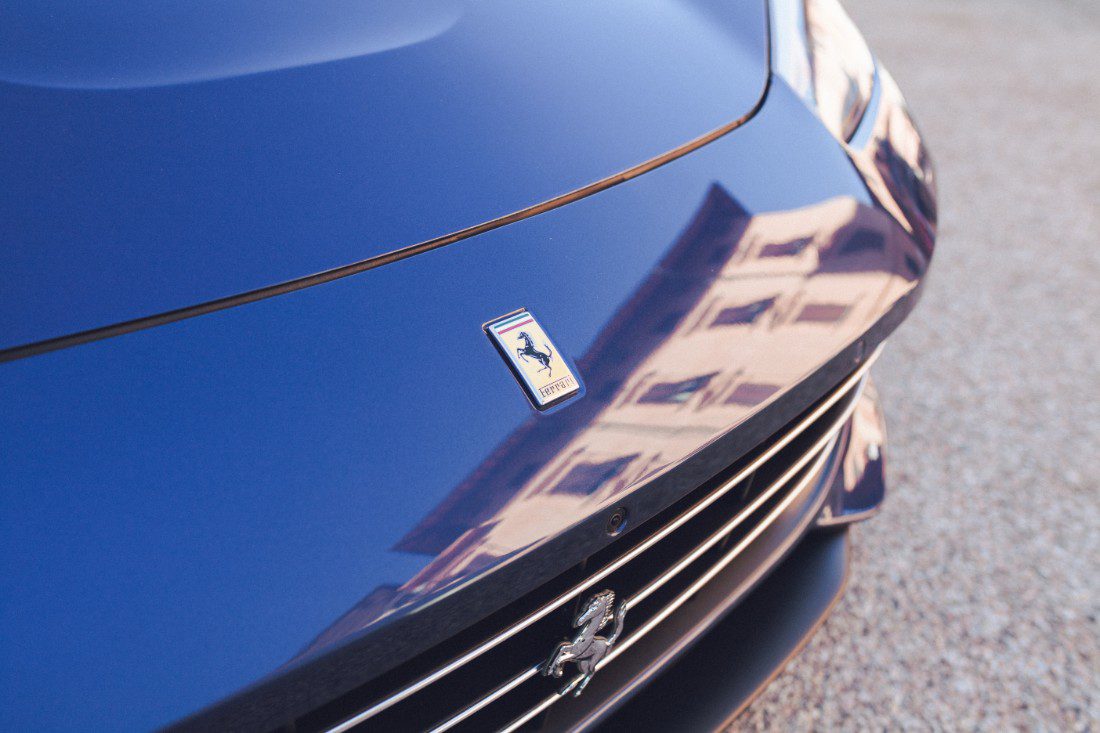 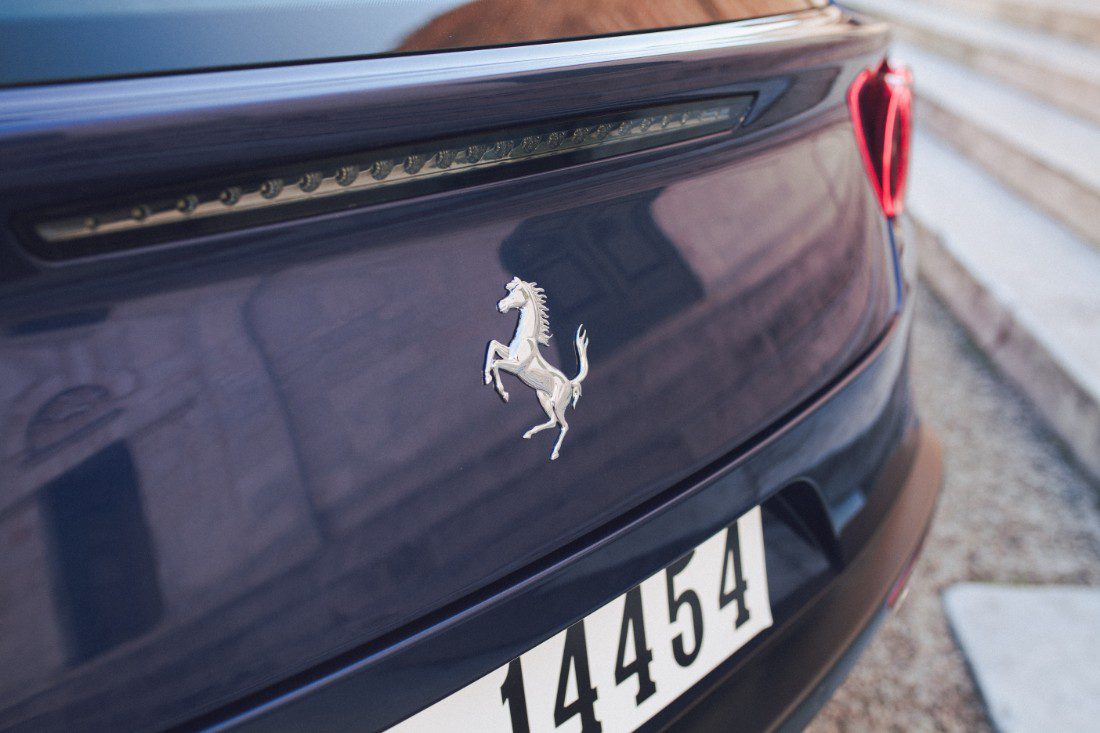 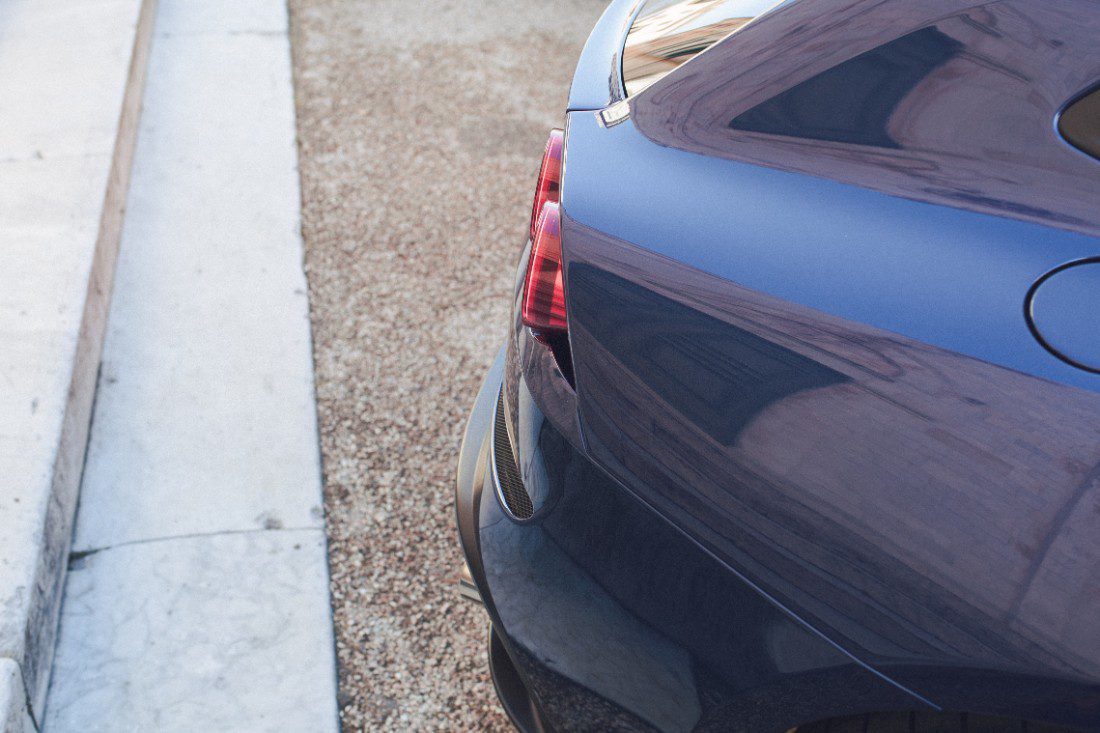 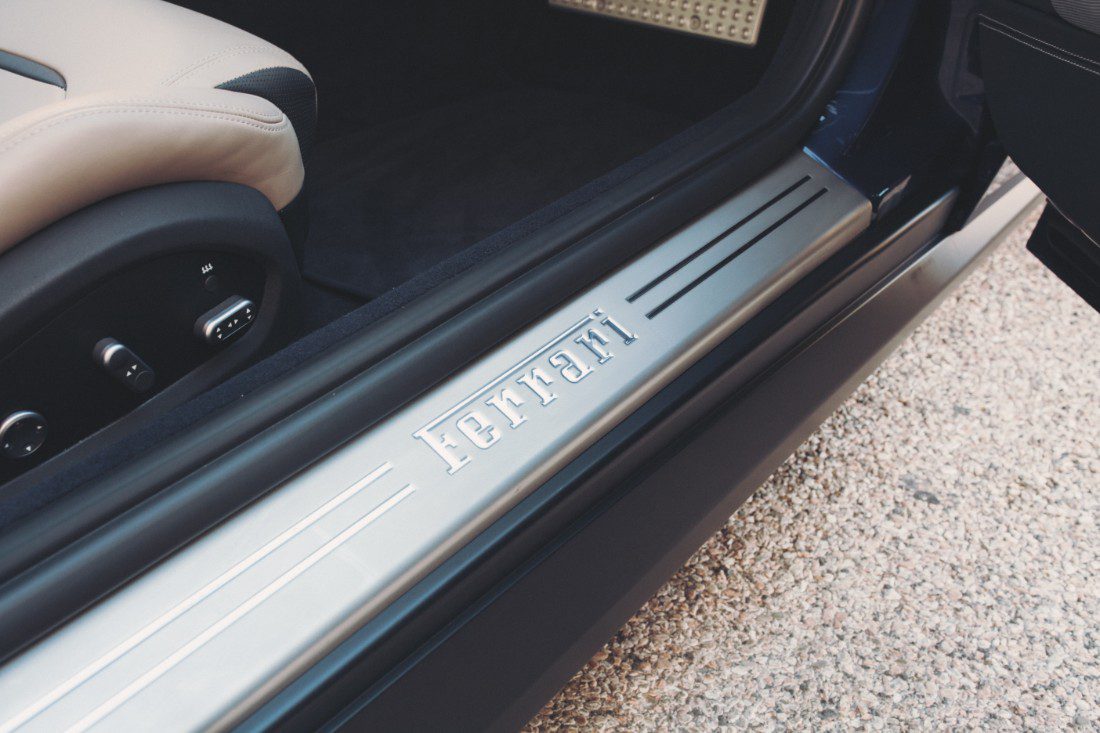 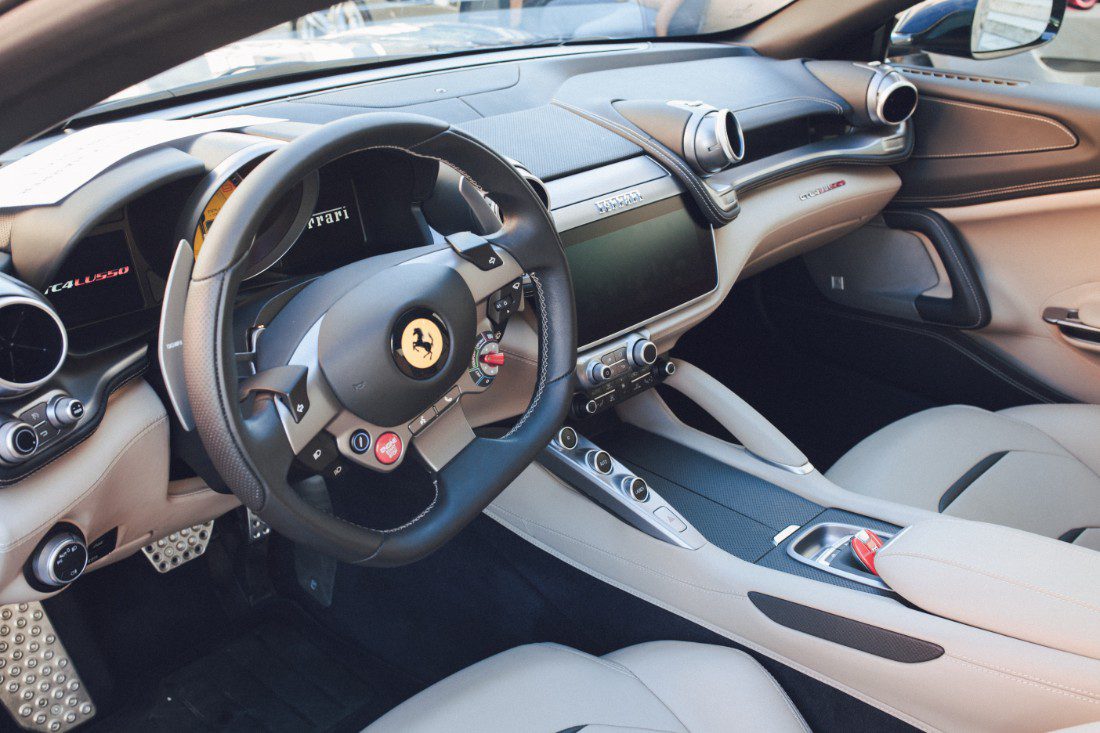 I arrived in Firenze on Wednesday and transferred to the Mondial Hotel in Pietrasanta, an hour from Firenze on the Italian coast and home to one of the finest beaches in the country- backing on to dramatic mountain scenery and at the time a dark, moody sky. My evening was spent with a great trio of people: Conrad Quilty-Harper (my co-driver), Sandra Hagelstam of 5inchandup and her partner/ photographer Lasse Lindqvist at the Museum of Sculpture and Architecture in Pietrasanta. After listening to a short technical briefing about the GTC4Lusso, there was dinner with Ferrari representatives and an introduction to the car- of which, first impressions were- the GTC4Lusso shooting break design is more handsome in the flesh, than any picture can do it justice. Roll on tomorrow. 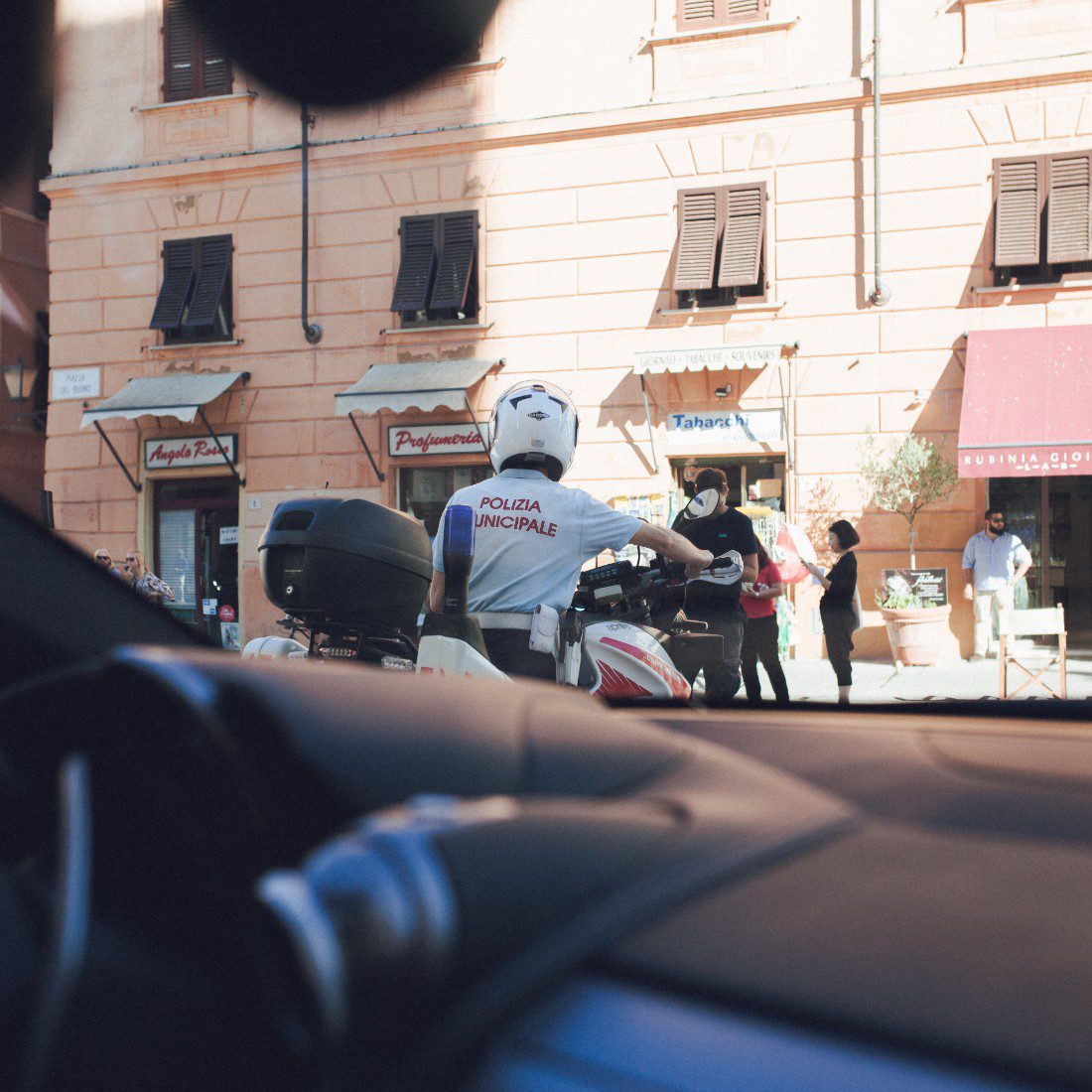 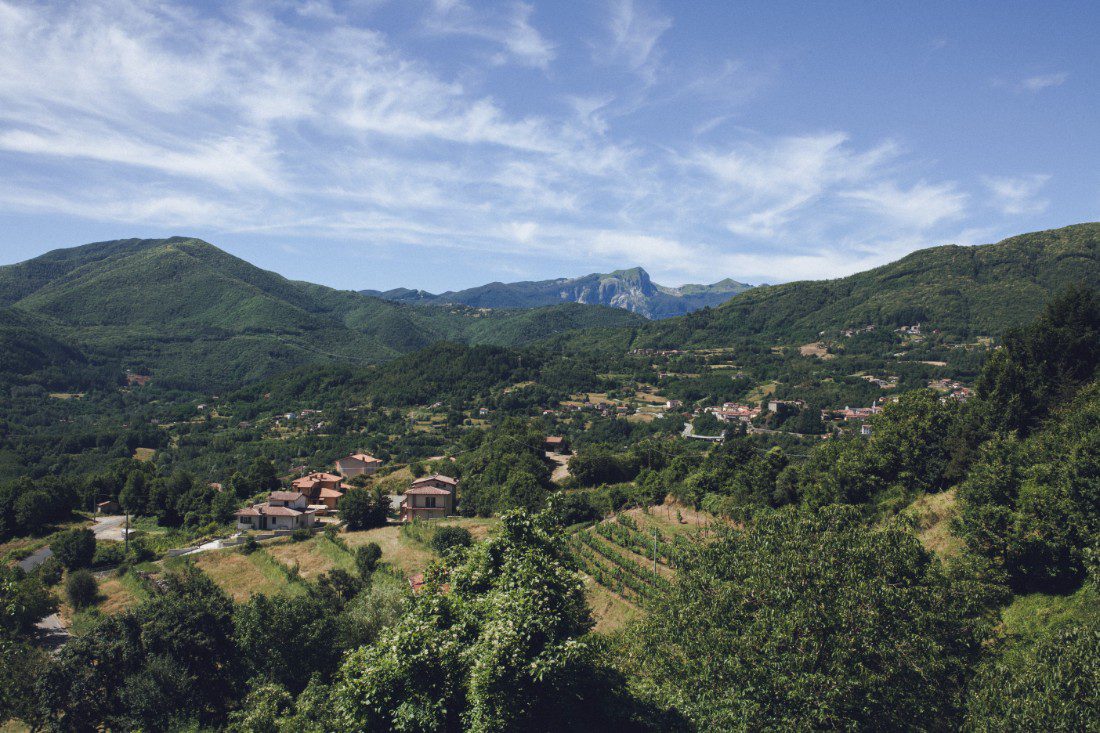 Up early and eager in the morning, I headed to Pietrasanta’s main square; Piazza Duomo where the GTC4Lusso glistened in the morning sun against the back drop of the local church and a plethora of locals turned photographers, snapping the deep blue-painted grand tourer in its idyllic setting. After a word or two from Ferrari mechanics insisting the car is to be enjoyed, but carefully- I set off into the Tuscan hills, my destination; lunch at Le Verrucole in Osterie delle Verrucole some two-hour drive from Pietrasanta. 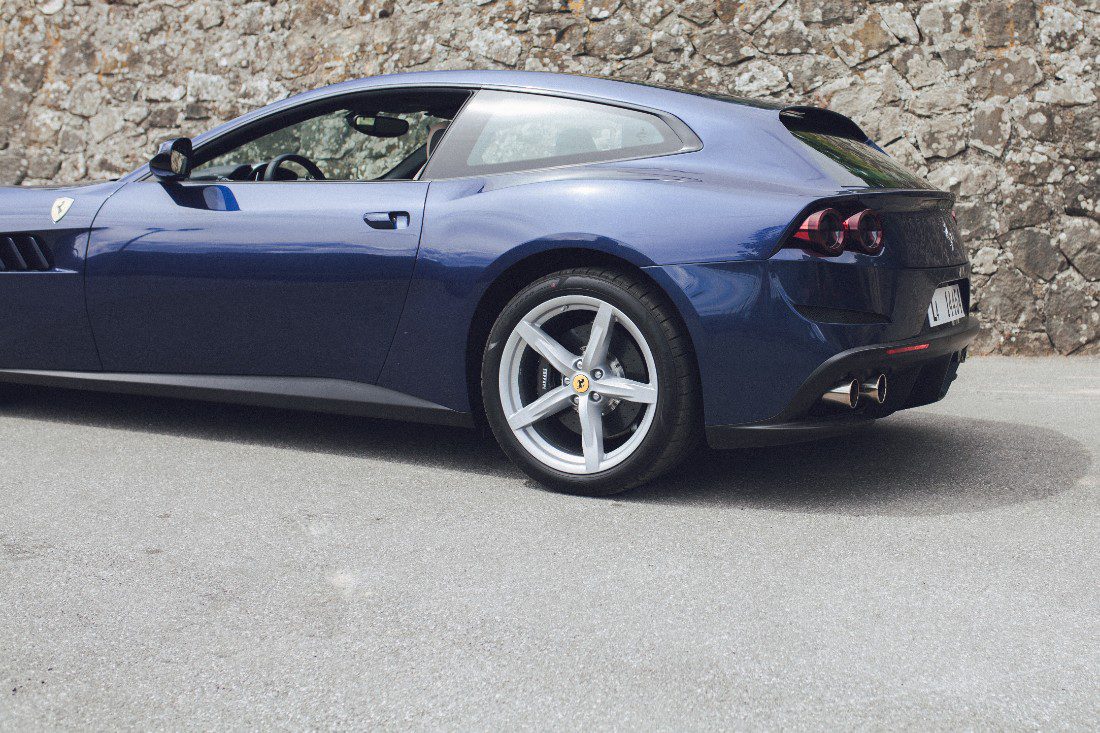 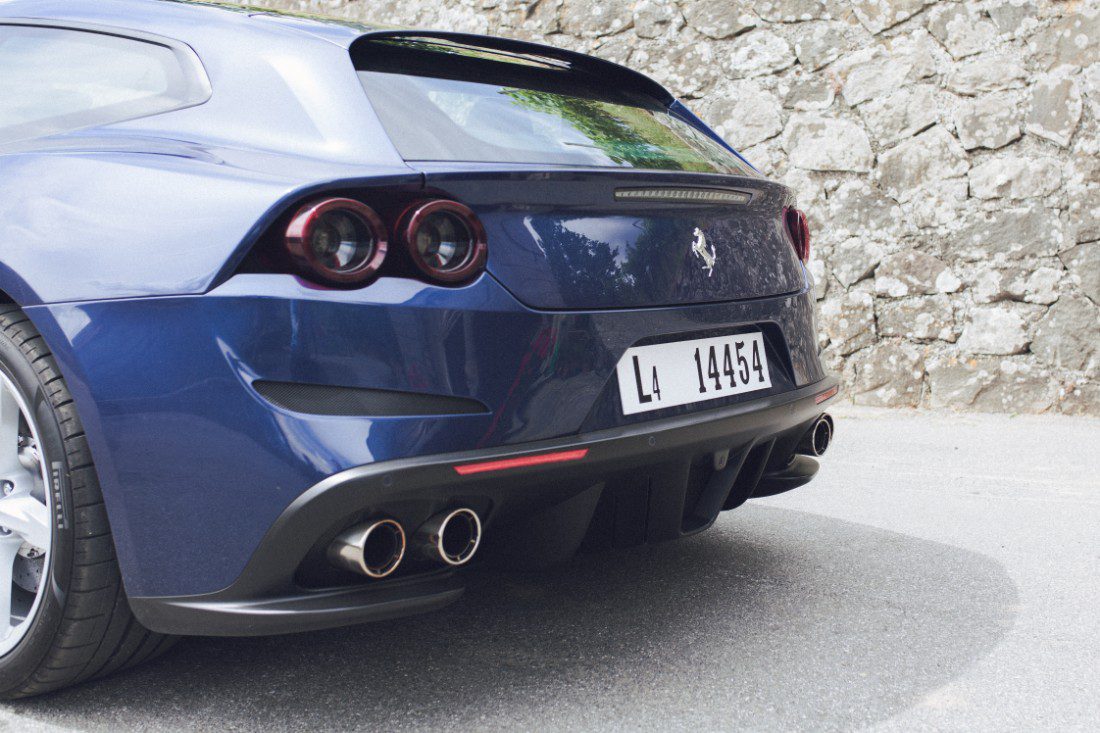 The first thing to note about the GTC4Lusso is the purpose of the car- a grand tourer, designed with 4-seats for all the family. It’s not a pure thoroughbred racer like the Ferrari 488 for example. It even possesses a unique 4-wheel drive system which is engaged when extra grip is required under ‘normal driving’ or for ‘off-road’ conditions; a snowy ski trip to the Alps perhaps. Pushing the start button and pulling out of Pietrasanta in Comfort Mode and with a police escort, the car is refined in tone and easy to drive- as ridiculous as this sounds, doing the school run with the kids in the back doesn’t seem quite so ludicrous for a Ferrari, especially when the car is enrobed in a muted dark blue colourway. It’s almost subtle. 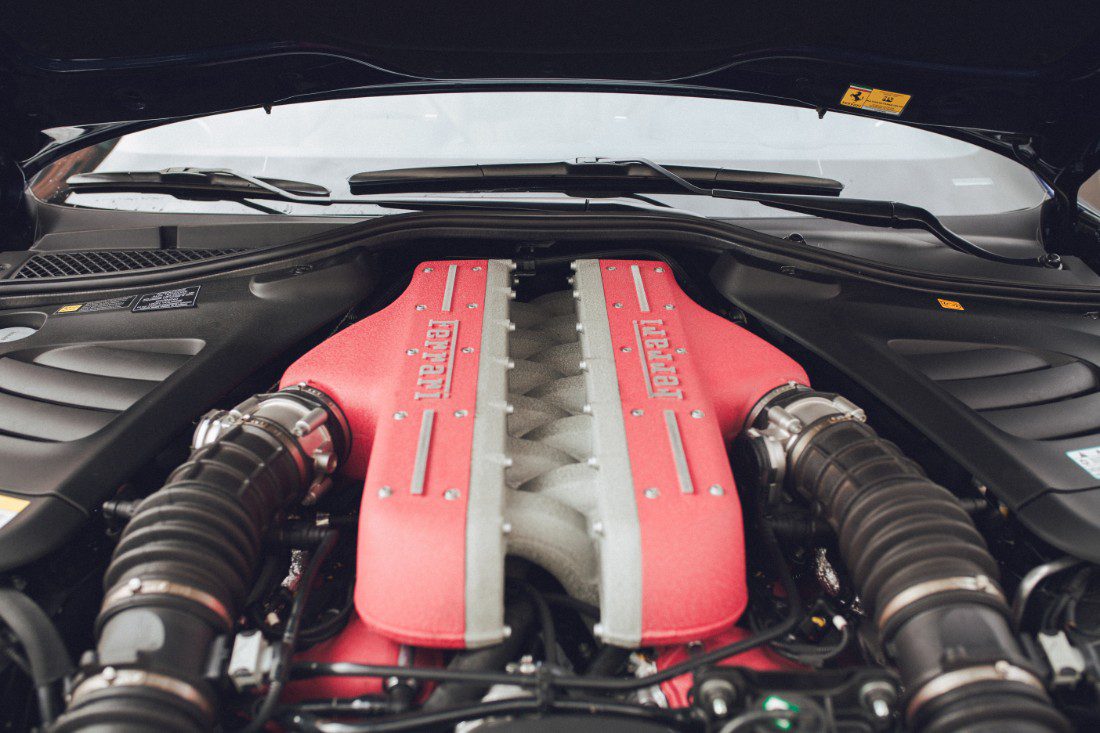 Heading up the winding Tuscan roads however, that deep, relaxed gargle of the engine changes it’s tune. As I slip the GTC4Lusso into Sport mode the grand tourer shows it’s Ferrari DNA as the 6.3L V12 engine which generates 690 horsepower propels the car around the winding Tuscan roads with relentless acceleration, precision handling and grip, grip like you could never imagine! The car bites into the road; planted, poised and precise as the thunderous soundtrack delights like only a naturally aspirated V12 engine and a Ferrari exhaust can. Ferrari have developed their own patented 4 RM – S system which ensures 2-wheel drive for feel where possible but should grip not be there, the 4-wheel drive system is engaged, sending power separately to the front wheels resulting in more agility, grip and a better response to the throttle and driver steering inputs. 0-60mph is achieved in just 3.4s with a top speed of 208mph. It’s a beast. 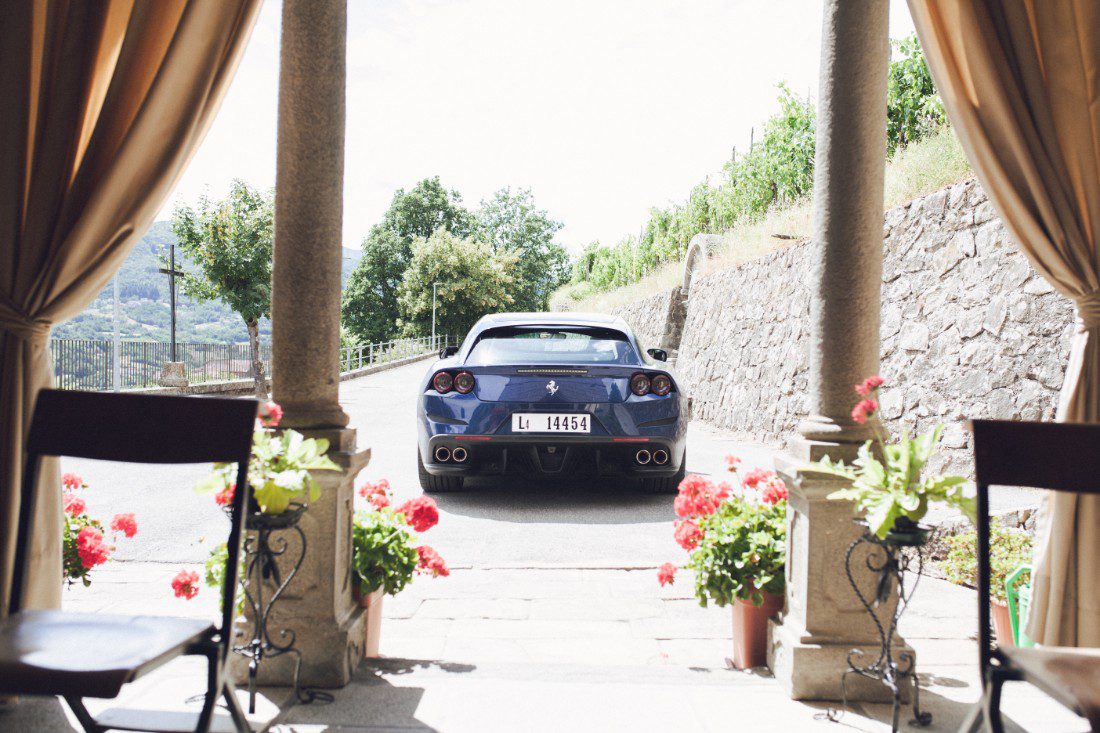 Crucially for Ferrari though; flying through the Tuscan countryside I forgot that this hyper-quick, grippy, loud V12 monster has a sizeable 800L of luggage space, rear seats big enough to comfortably house myself, a 6ft 4” man, a seriously effective and advanced interior heating/ cooling system and SUV like interior storage space. This alongside a 10.25’’ full HD multi-touch screen with Apple Car Play and satellite navigation showing an ever-reducing ETA at Le Verrucole. 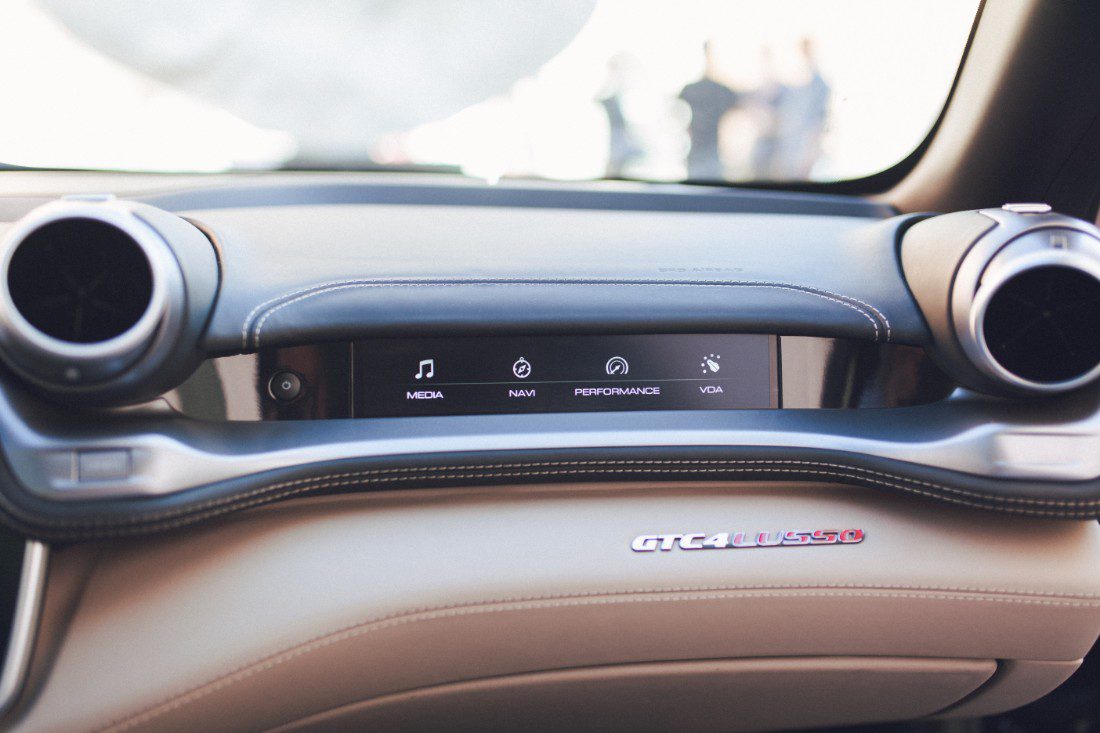 A lengthy Italian lunch, not followed by a siesta, allowed a moment for reflection- how can such a luxurious car with beautifully crafted leather, 20’’ forged wheels, panoramic roof and even a passenger display for the wife to keep an eye on your driving style keep such a two-sided existence. On one hand it’s a comfortable grand tourer but flip to sport mode and the Incredible Hulk reveals himself. The Ferrari GTC4Lusso represents maximum versatility; sport luxury with Ferrari performance should it be required, it’s a complete package in a supercar. I digress. 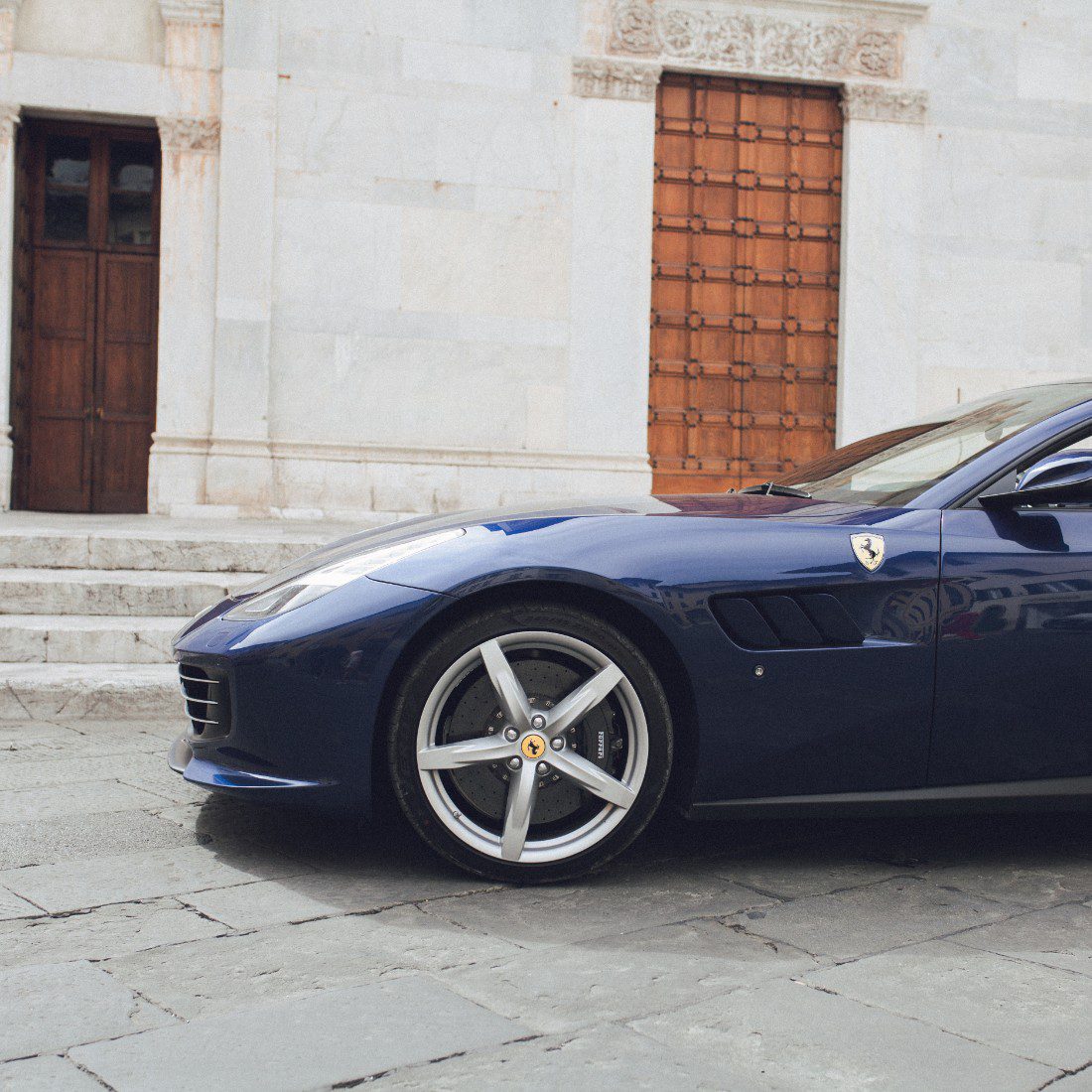 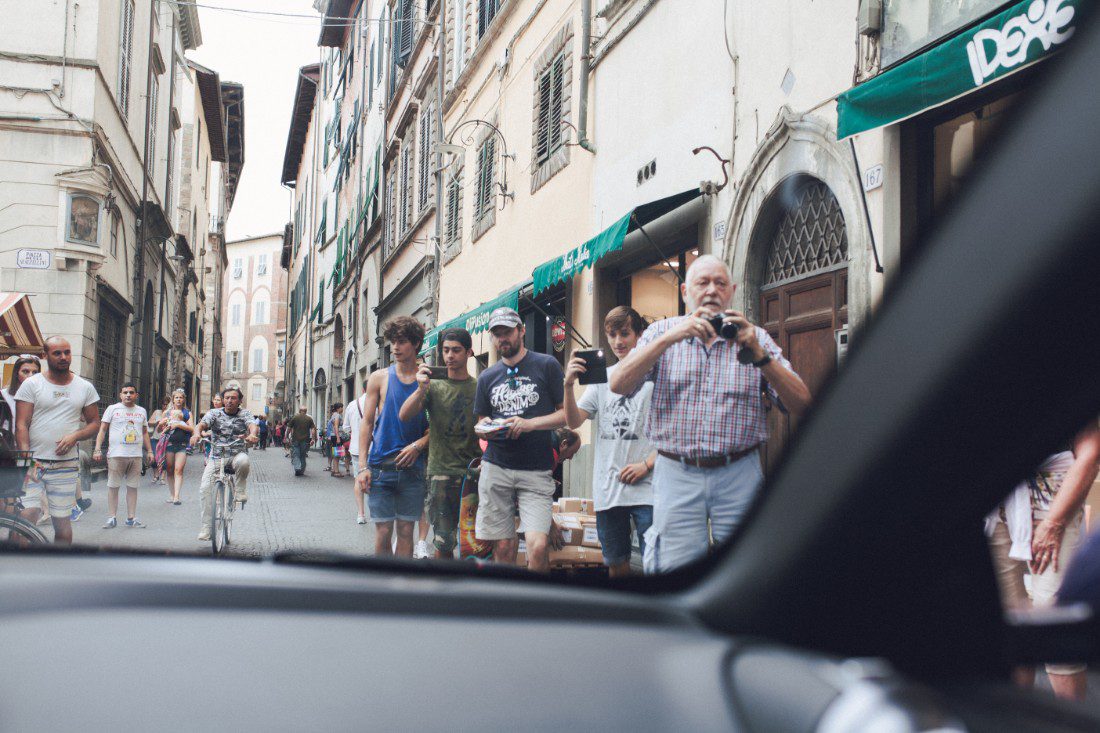 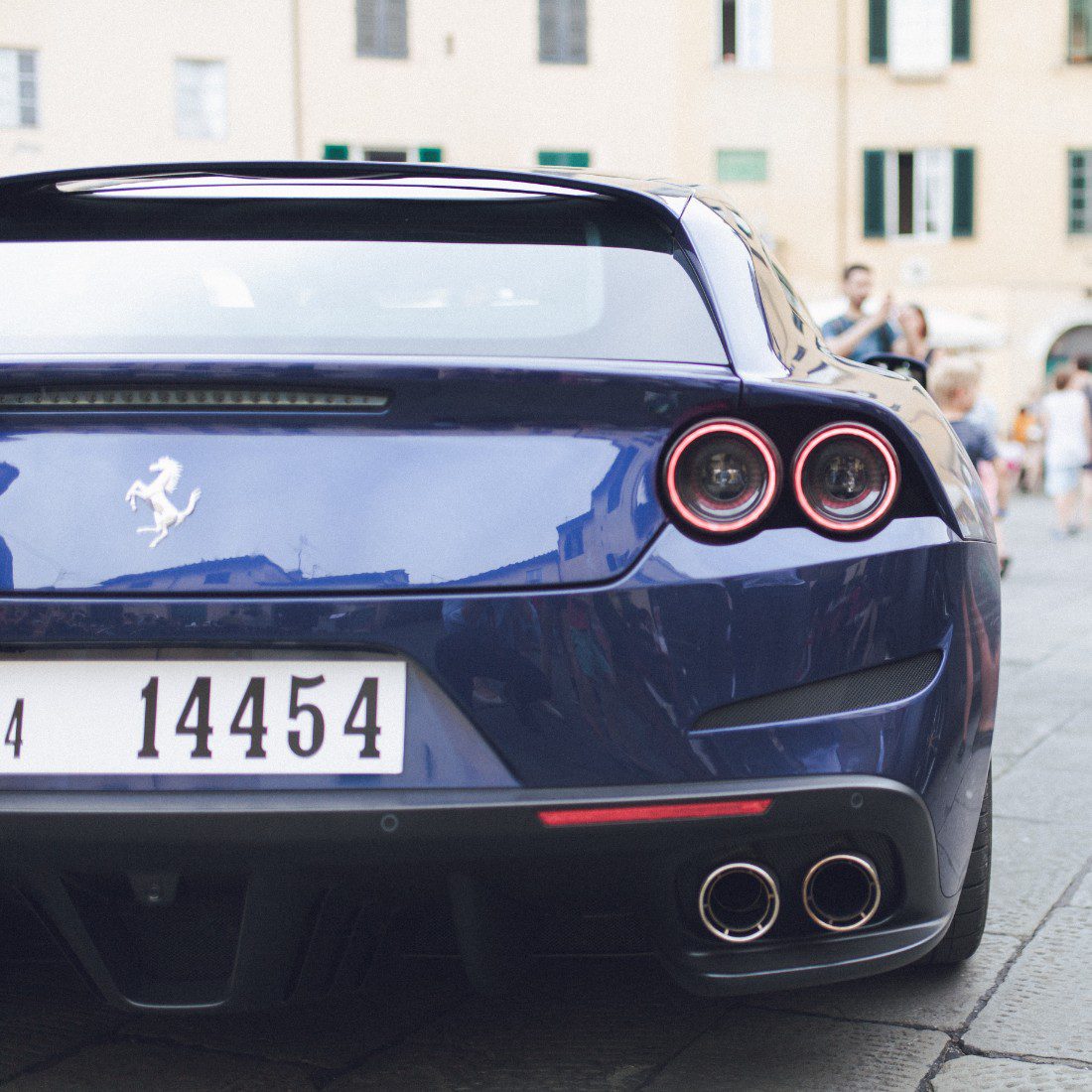 As if I wasn’t in awe enough of the car, I was then instructed to follow the satellite navigation to the town of Lucca, a small walled-town packed with tourists and streets barely wide enough for a Vespa. Despite these considerations, Ferrari asked if I’d drive the GTC4Lusso through the town centre- a parade lap for the people if you will. The reaction was staggering- as you might expect, the £235,000 Ferrari did draw a crowd but the reaction was beyond what I imagined. People clapping, photographing, asking for the V12 engine to be red-lined with upward flailing arms, children with dropping jaws and cries of ‘bella!’ from the gatherings. It was surreal, but not hard to see why- the front end featuring a single grille aperture, horizontal headlight units and an aerodynamic splitter looks as handsome as it does imposing. While the rear with a huge one-piece taillight panel delivers a truly superb finish to the aesthetic. That ass, you might say. 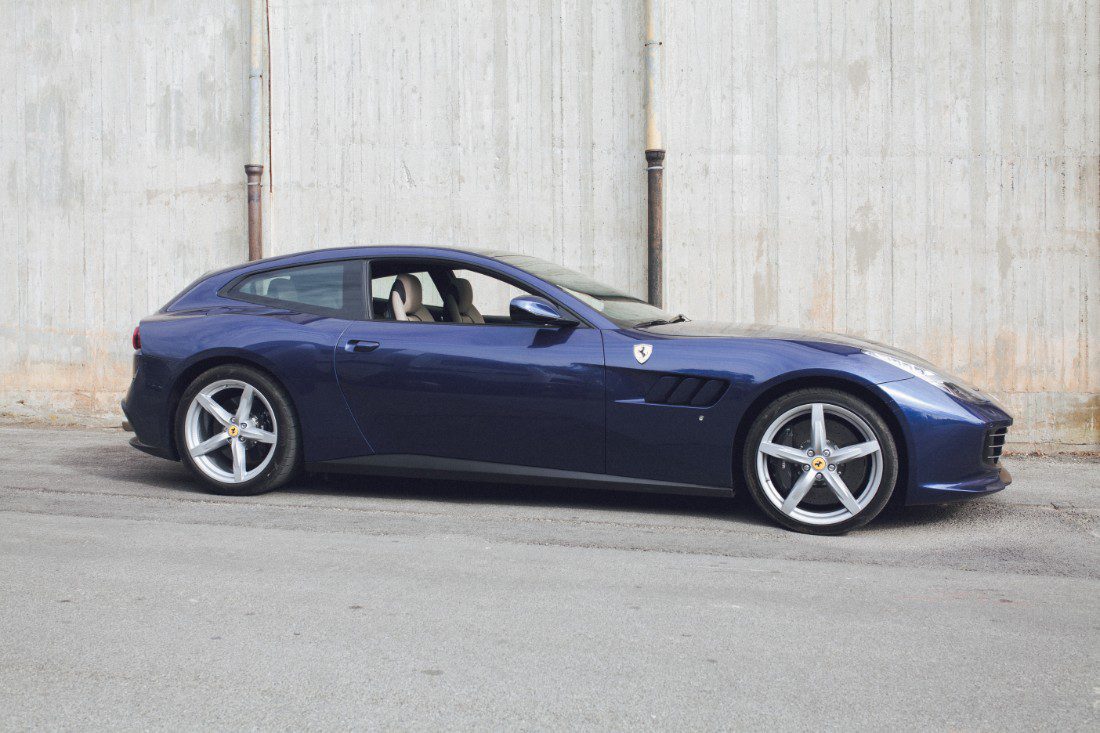 As I left Lucca, and cruised back to Pietrasanta to reluctantly return the car with the Ferrari mechanics- turning heads from passersby served as confirmation of my experience in Lucca… a deep-rooted love for a car brand like no other. From that F40 poster in your bedroom as a small boy, to seeing Ferrari tear around the F1 tracks of the world, we all; children, men and women harbour something for Ferrari in our hearts. And in conclusion, the GTC4Lusso is a true representation of that love story- a car for everyone; a poster-boy, a comfortable family car but equally so; a V12 beast capable of so much power, acceleration, handling and speed… the first ‘daily Ferrari’.