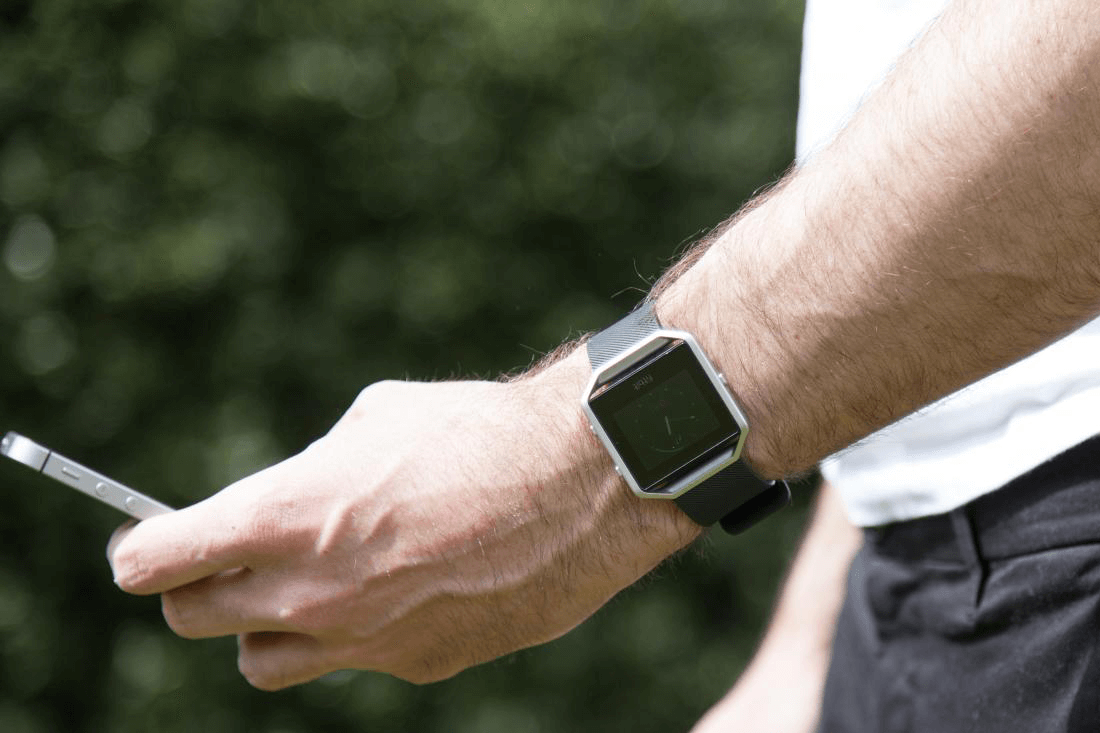 As an athletic person- playing hockey, tennis and cycling a Fitbit has always been on my radar but owing to an addiction to sport, I never deemed something which essentially encourages me to exercise more as an essential. The Blaze fitness watch however, Fitbit’s latest creation caught my attention as a former iWatch wearer (ditched due to poor battery life), gadget-fan and watch enthusiast. So I took the plunge, invested and am pleased to report I’m glad I did.

If I could sum up the Fitbit Blaze in one way, it would be a short excerpt from their brand video where a London tube commuter is faced with taking the escalator or stairs to climb out of the capital city’s vast transport network, he then checks his daily step count, deems it too low and opts to climb the stairs. The Fitbit Blaze is perfect across any range of athletic appetites- be it someone elderly who wishes to push their personal limits and walk more right through to a professional athlete who needs to hit their maximal heart rate, record calorie burn and more. It essentially encourages anyone to be more active at their own level. 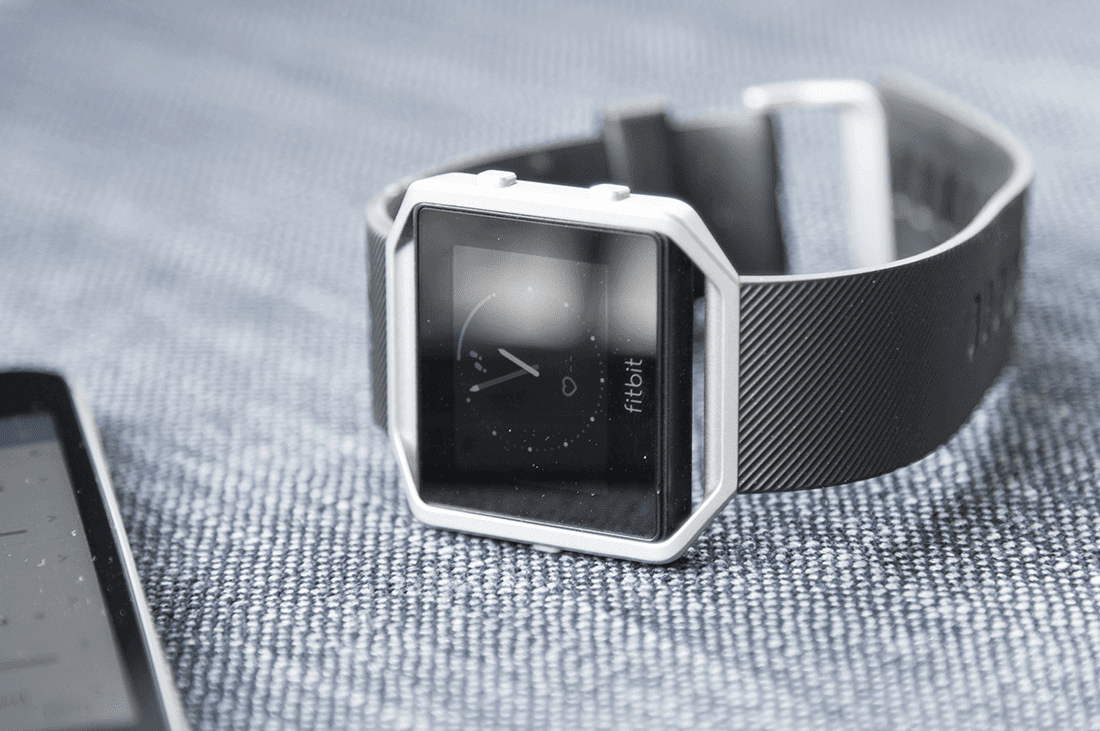 Key features include a PurePulse™ Heart Rate monitor which tracks heart rate throughout the day, assisting with elevating workouts with continuous heart rate and simplified zones- all without an uncomfortable chest strap. There is GPS which connects with a smartphone to map routes and see run stats like pace and duration on the display, alongside on-screen workouts with FitStar- a workout tracker which delivers step-by-step instructions and coaching right to your wrist.

On a general level and throughout the day the Fitbit Blaze measures all-day steps, distance, calories burned and active minutes, it automatically recognises when your exercising too, be it on a bike, running or in the gym- and when you fall asleep, it records sleep quality. 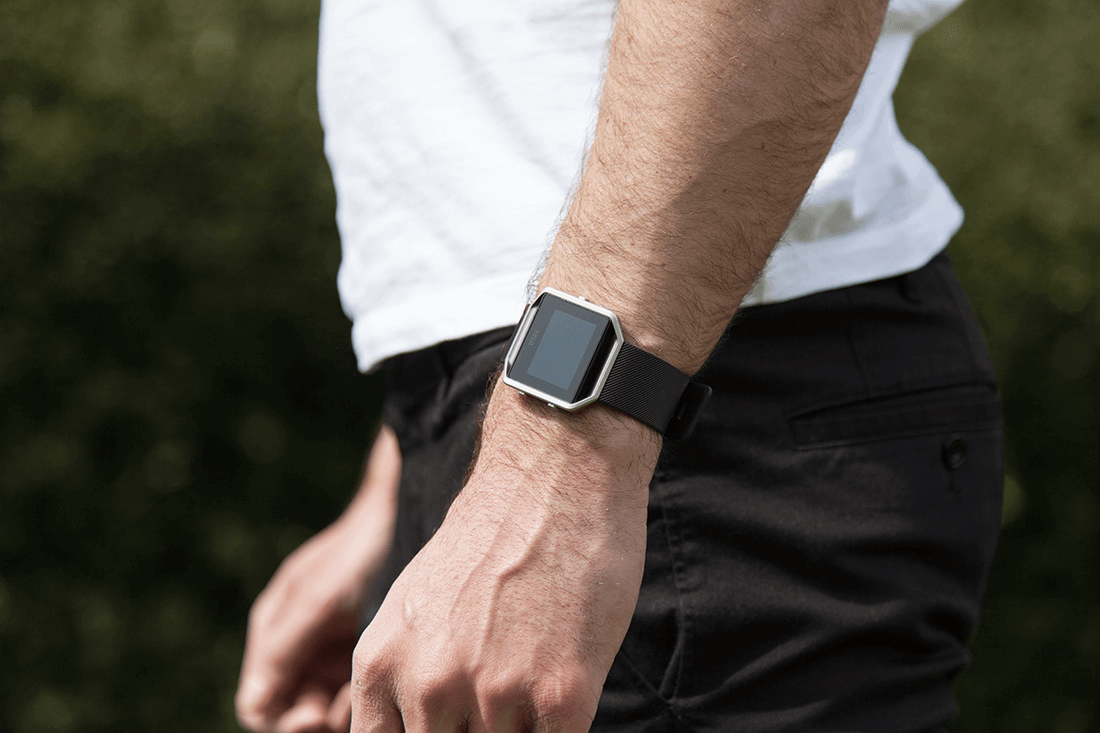 The battery life is perhaps the most impressive requiring a charge just once a week. Admittedly it’s not as advanced as an iWatch but it covers all the basics- like call, calendar and text alerts, music control, stylish accessories such as leather watch straps and multi-faceted clock faces over a hi-res colour touchscreen. And for those of you who despise the barking tone of an alarm clock it possess a silent vibrating alarm on your wrist. 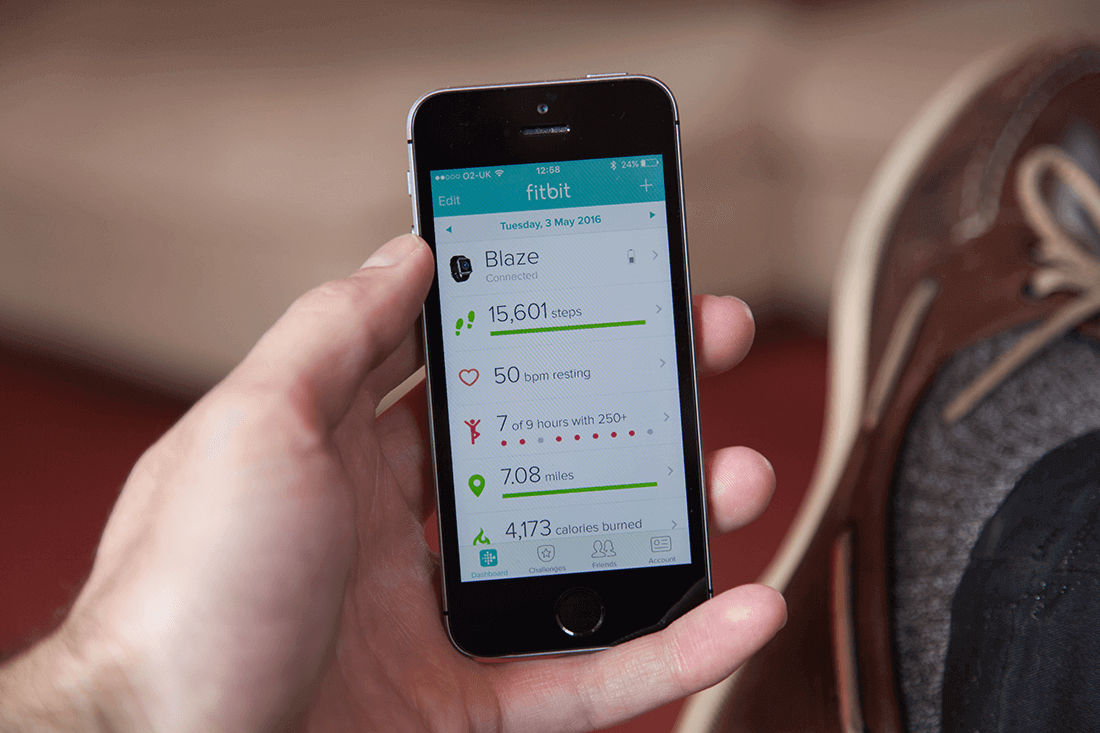 Viewing data is simple, just download the Fitbit app and watch as the data syncs over bluetooth to your smartphone (Android or iOS)- then track your day, compare with previous days and improve yourself. At first I guessed the Fitbit might make me feel guilty about inactive days spent in the office, and it did a little- but after a week’s use I can conclude that all it did was make me want to compete against myself to exercise more- be it train harder at hockey or choosing the stairs over an escalator when exiting the tube.