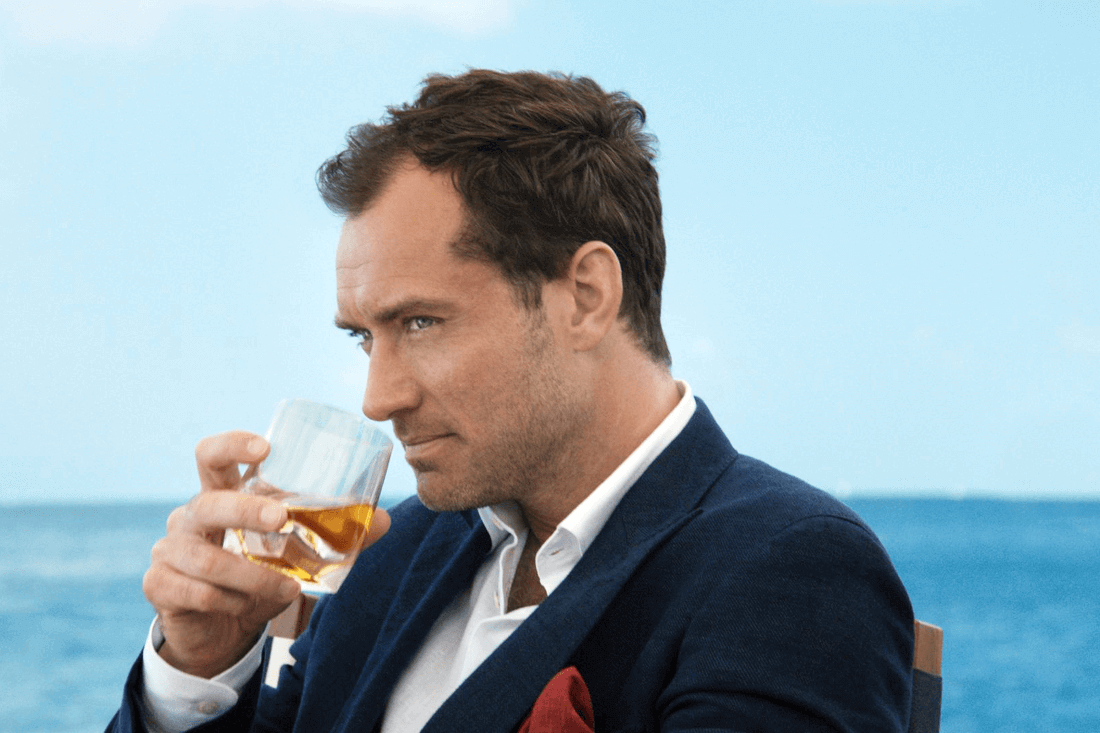 Directed by British director Jake Scott, and shot in the British Virgin Islands, the film tells the story of a wager between two men striving for personal progress through the quest for a rare experience. ‘The Gentleman’s Wager’ sees Law in the role of a man who, despite having it all, challenges himself to strive for something he wants that money can’t buy.

Commenting on his role and involvement in the film, Law says: “The film is about improvement and progress and this is something I try to do in my work and my everyday life. I had to learn new skills shooting this film and that combined with the places we visited and shot in, alongside working with Jake and with Giancarlo, made it a truly rare experience.”

Johnnie Walker Blue Label, noted for its blending expertise is a whisky artisan – blended from rare casks of whiskies from the four corners of Scotland, only rare whiskies are used in the blending process, with just 1 in 10,000 casks containing whisky of sufficient character to deliver its smooth signature taste. Each bottle is hand selected by the Johnnie Walker Master Blender himself, part of an unbroken lineage of Master Blenders stretching back over 190 years. Presented in individually numbered bottles reminiscent of the 19th century style of whiskies – the Master Blender uses his experience to select some of the rarest casks from the Johnnie Walker reserves for their quality, character and flavour.

The result is a mellow, rounded nose, with a dry smokiness mixing with raisin sweetness. It is best savoured with the palate cleansed and cooled by iced water. One sip reveals hazelnuts, honey, rose petals, sherry and oranges – continued with kumquats, wispy aromatic smoke, sandalwood, tobacco, and dark chocolate.