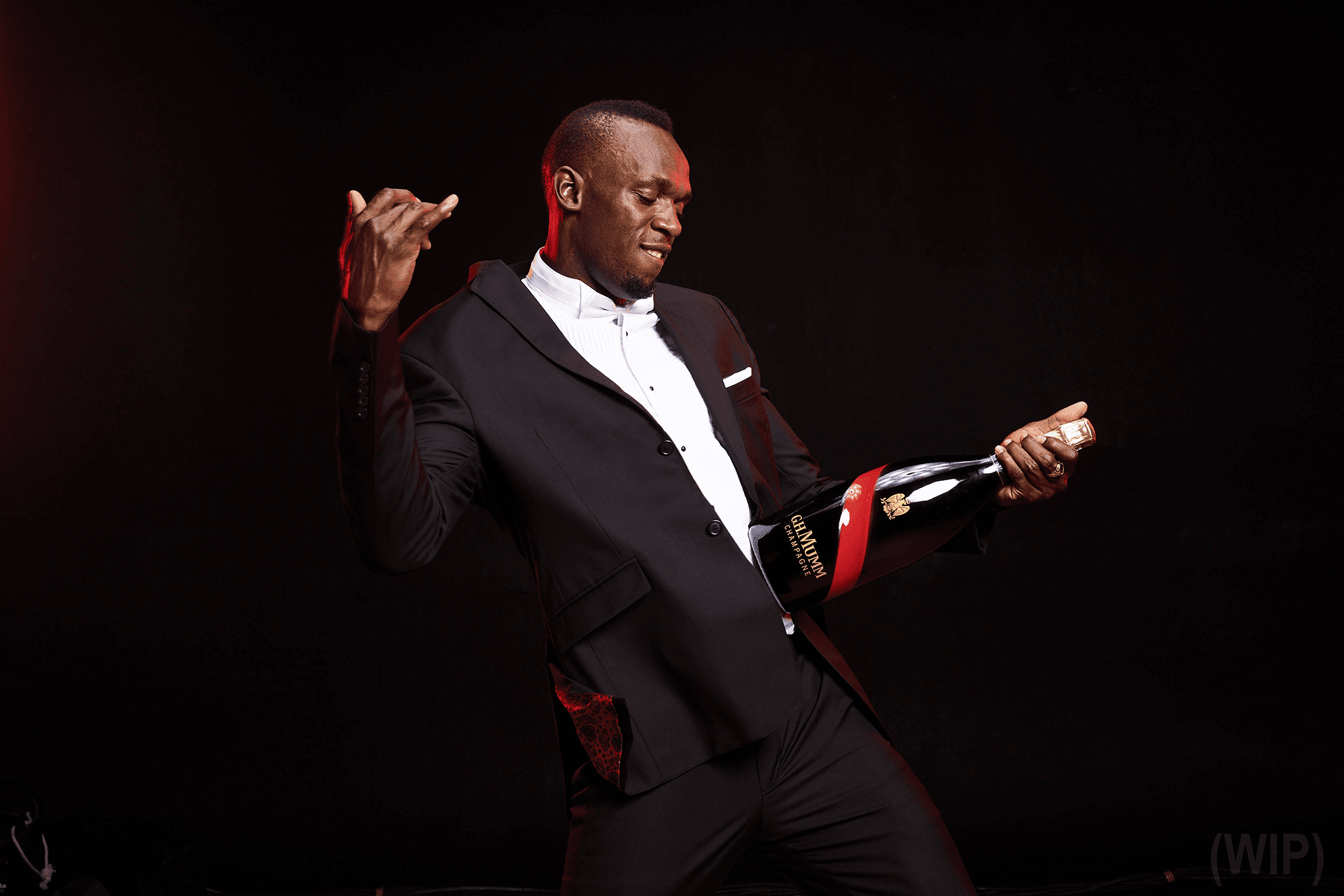 As a champagne house with a history spanning 190 years, Maison Mumm have long been a brand synonymous with celebration. Nothing exemplifies this more than their new short film alongside the fastest man in the world, Usain Bolt, who has been appointed as Mumm’s ‘CEO’ (Chief Entertainment Officer).

Taking the lead in order to bring a daring new edge to the company, the video shows the 100m world-record holder revealing his more intimate side in a series of smoothly choreographed routines. The film, directed by Luis Cervero, opens up with Bolt arriving at a nightclub late in the evening, before taking centre stage for a high energy dance duet alongside former Jamaican Miss Universe contestant Yendi Philipps. He then changes into his full racing gear before hitting the starting blocks, at which point we realise Usain has actually been celebrating his victory before even running the race.

The short film is also a rare example of a truly elite athlete sharing the secrets to his success, and an insight into the unconventional nature of Bolt’s personal ethos – “Don’t win to celebrate, celebrate to win.” This mindset resonates with both Mumm and Bolt, as two icons of celebration, who both believe that victory is brought about through a strong point of view, a positive mindset, and a touch of panache.

The leading international champagne house in France and the third worldwide, Mumm’s heritage dates back to 1827. Its Grand Cordon champagne, recognisable by its red ribbon indented on the glass, has become recognised as a symbol of victory and success. The champagne is lifted on the podium by the victors of Formula E races worldwide, and is also used for this purpose in the Kentucky Derby and Australia’s Melbourne Cup. 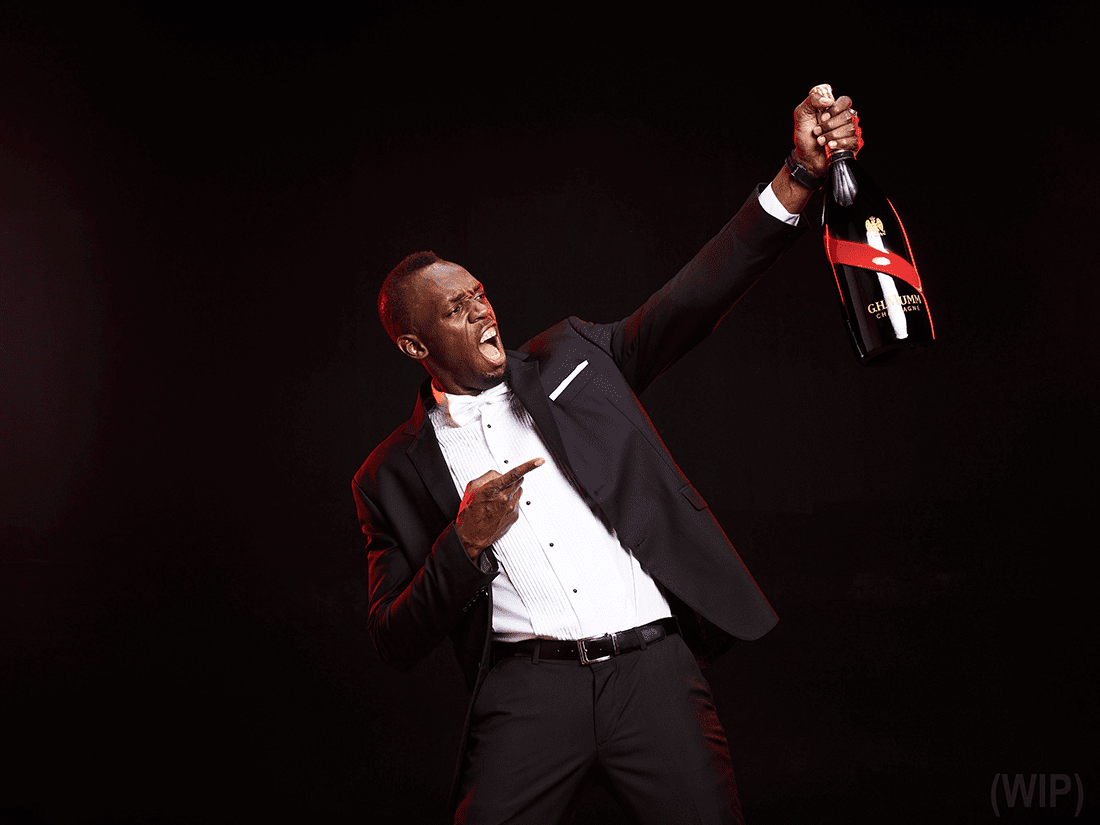 In the sporting world, there are few greater symbols of victory than Usain Bolt himself. Arguably the most naturally gifted athlete the world has ever seen, the Jamaican sprinter created history at the 2016 Olympic Games in Rio when he achieved the ‘Triple Triple’: three gold medals at three consecutive Olympic Games.

Usain’s journey to worldwide stardom started at the 2008 Olympic Games in Beijing where he won the 100m, 200m and 4x100m, all in world record times. He followed this up with three gold medals in the same events at the 2012 Olympic Games in London to write his name in the history books as the world’s fastest man. Then, one day before his 30th birthday, he completed the same triple at the 2016 Olympic Games in Rio to cement his legacy as a legend in world sport.