So, you’re thinking of upping your jewellery game with a ring or two. A fine choice. For too long now, men have shied away from decorating their fingers for fear of ridicule. But it’s a new day and no longer should rings be exclusively reserved for women, Hobbits and Johnny Depp.

The truth is, the smallest details can really seal the deal where style is concerned, and nowhere is this truer than in the case of rings. They’re physically small, but they have stage presence and possess a unique ability to lend an edge to even the most pedestrian of outfits.

That said, it’s not simply a case of any-ring goes. The name of the game here is subtlety, not Mr T, and there are a few things to know if you want to remain on the correct side of that particular fence.

Below we address some of the most common quandaries relating to men’s rings and give you a heads up and what to look out for. From which finger to wear it on to how to find the right size, here’s everything you need to know before taking the plunge.

Key Types Of Ring For Men

Signet rings have been around for a long time. The first records of them being used date all the way back to 3,500 BC. As the name suggests, these rings bear a sign or symbol. Historically, this might have been something like a coat of arms or family crest, but these days anything goes.

Decorated with a gold sovereign coin, sovereign rings are anything but subtle and probably best avoided for all but the most daring of dressers. They tend to be fairly large in order to accommodate the coin and are often quite intricately detailed.

Up until midway through the 20th century, only women wore wedding rings. But as European style crept in, men soon began wearing them too. The most common type for men is a simple silver, gold, or platinum band which is worn on the ring finger of the left hand.

Technically, all rings are fashion rings, but there’s a whole world of finger-based jewellery out there that doesn’t fall under any of the above three camps. They’re what we’ll broadly term as ‘fashion rings’. Think gemstones, engraved graphics, designer logos and more.

These are rings that are worn purely for their statement-making properties as opposed to any cultural, ritualistic or symbolic reasons.

How To Find Your Ring Size

It could be the most glorious ring on the face of the earth, but if it doesn’t fit it’s useless. That’s why making sure you know your ring size is the first step in buying a ring.

The simplest and most accurate way to determine your correct ring size is to pay your local jeweller a visit. They will be able to use a special tool to get an exact measurement and ensure your new ring fits perfectly.

Alternatively you could do it yourself at home. Handily enough (no pun intended) there are plenty of printouts available online for DIY ring sizers, which you can simply cut out, as well as some low cost tapes on Amazon that can be used to get an accurate measurement

The last method is to simply measure an existing ring. However, this approach obviously isn’t going to work if you need the ring for a different finger altogether.

Which Ring For Which Finger?

Of course, you can wear your ring on whichever finger of whichever hand you see fit. They’re your hands after all. But if you still need a bit of guidance, there are plenty of old traditions that might help you to decide. This is probably the most important finger, and so, historically, has always been reserved for the most significant of rings. Signet rings bearing family crests were worn by nobility in centuries gone by, displayed proudly on the index finger.

These days, it’s less common for a man to wear a ring on his index finger, but that doesn’t mean you can’t. Just make sure to go for a relatively chunky style and wear it with confidence. Rings are least commonly worn on the middle finger as they can hinder movement in the index finger and feel uncomfortable. There’s also an issue caused by the size of the middle finger itself. A thin band will look off balance on such a large digit, but anything big enough will tend to be cumbersome and awkward.

That’s not to say it can’t be done. If you want to decorate your middle finger, more power to you. Admittedly, it does have the benefit of making you look slightly more badass if/when you happen to flip someone off. The clue is in the name. This is the finger on which rings are most frequently found. Specifically, wedding bands, which are usually worn on the ring finger of the left hand. It’s a centuries-old tradition rooted in the thought that this finger is home to an unbroken vein that leads directly to the heart. A nice thought, but sadly not actually true.

With that in mind, feel free to wear it on your right hand if it feels more comfortable. 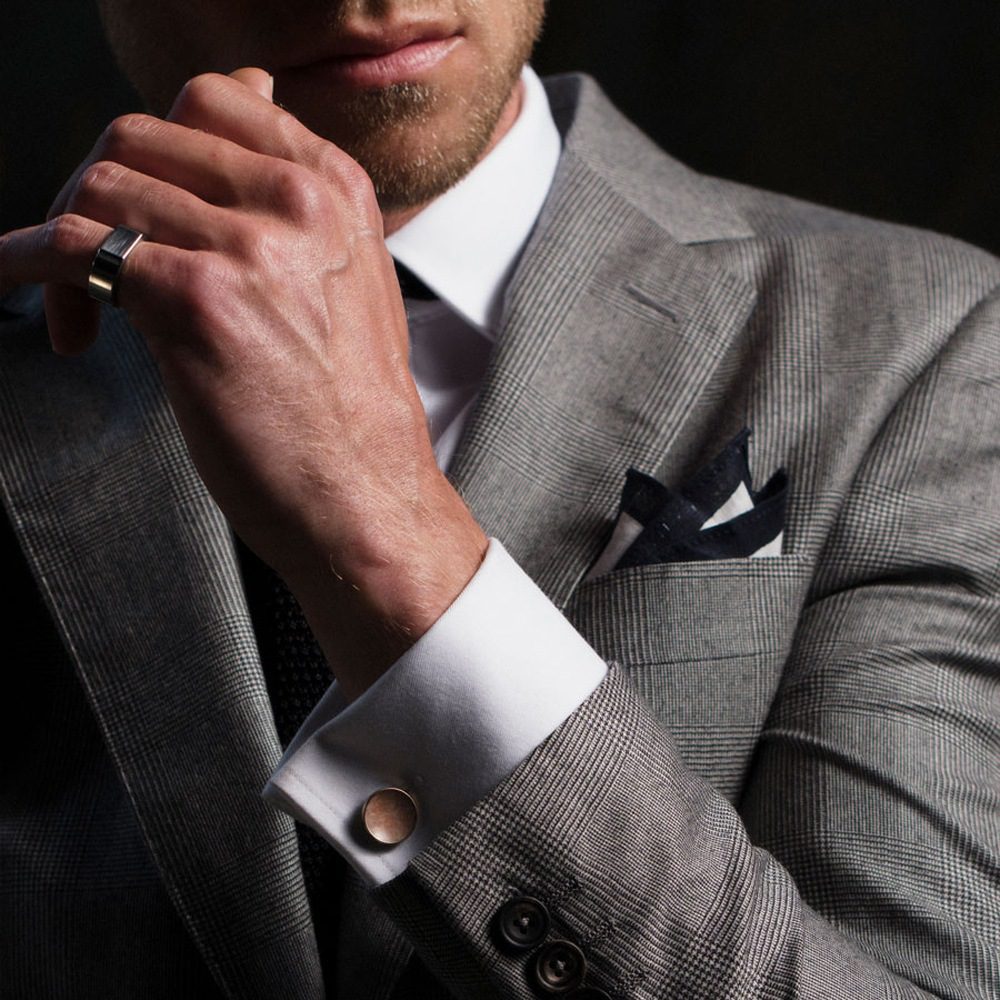 The great thing about wearing a ring on your smallest finger is that it’s unlikely to interfere with mobility. The pinky doesn’t see a great deal of action, making it the first port of call for men who want to experiment with jewellery.

It doesn’t come with any cultural or historical baggage either, so you can rest safe in the knowledge that you’re not violating any weird medieval traditions. Bonus. 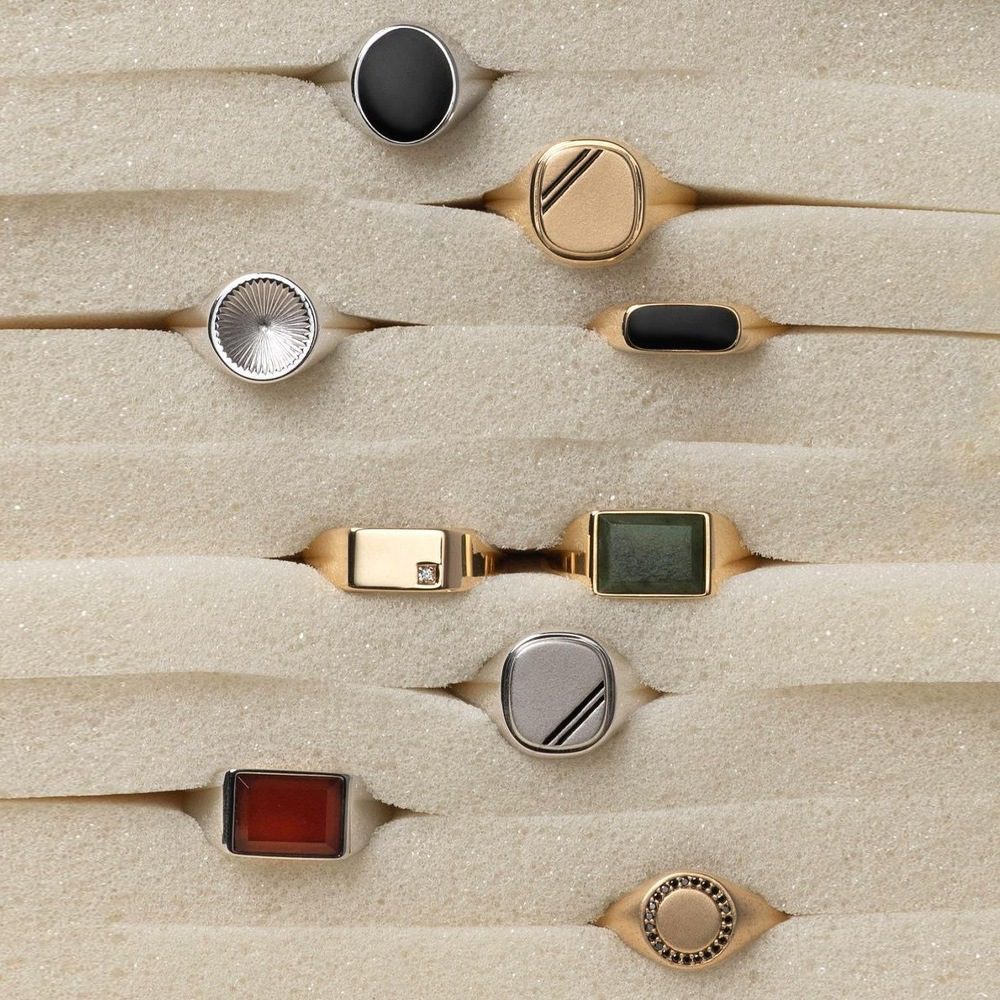 Thumb rings are fairly uncommon, but that might suit you down to the ground if you’re the type of guy who likes to go against the grain. One thing to note is that the thumb is big, so your chosen ring will have to be too if you want it to look good. A chunky silver or gold band will work well. 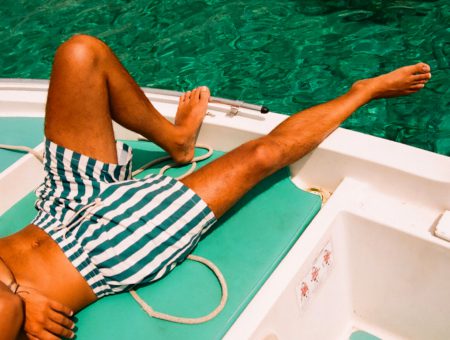 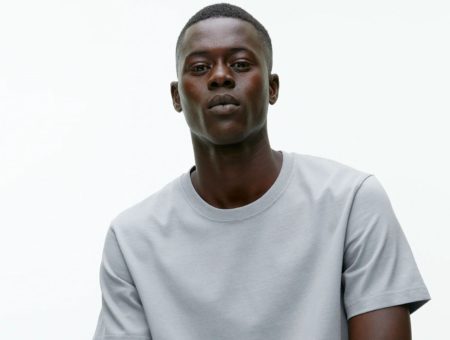 The Best Heavyweight T-Shirt Brands: Tees That Feel Like Quality Top 10 Most Expensive Sneakers Of All Time (So Far)