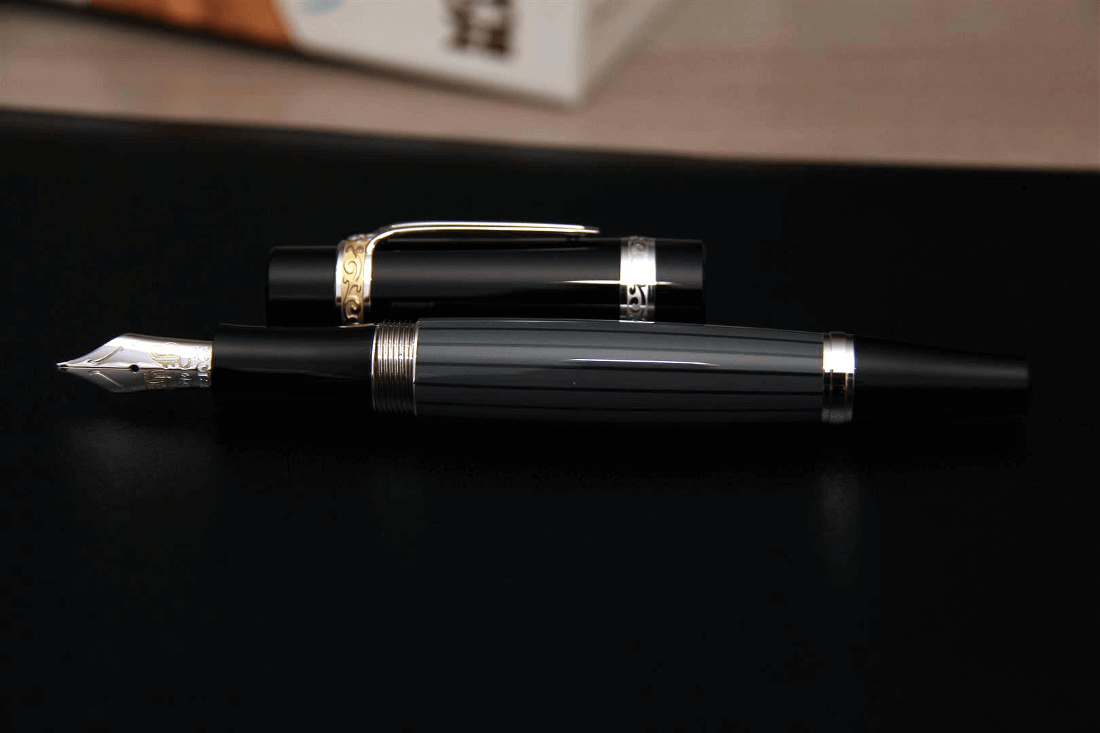 To honour one of the greatest novelists of all time, French literary artist Honoré de Balzac (1799 – 1850), Montblanc introduce its Writers Edition 2013 celebrating the notable contribution to world literature of this 19th century visionary. Featuring a fountain pen, roller ball pen, ballpoint pen and mechanical pencil, the limited edition collection pays tribute to the novelist and playwright who delivered an opus of nearly 100 novels and plays collectively known as La Comédie Humaine.

The headlining writing instrument if the fountain pen, with the oversized shape of the pen mirroring Balzacʼs bold stature, the clip embellished with turquoise lacquering on its top symbolises the authorʼs richly decorated walking cane. The platinum and gold-plated rings encircling the pen, from a fairly simple one at the cone to a sophisticated design at the cap top refer to the different classes that emerged in French society in the early 19th century, often a central theme in the works of Balzac. The pen is finished with Balzacʼs initials lasered on the rhodium-plated Au 750 gold nib. The Montblanc Writers Edition 2013 Honoré de Balzac is available in Montblanc boutiques from August 2013.