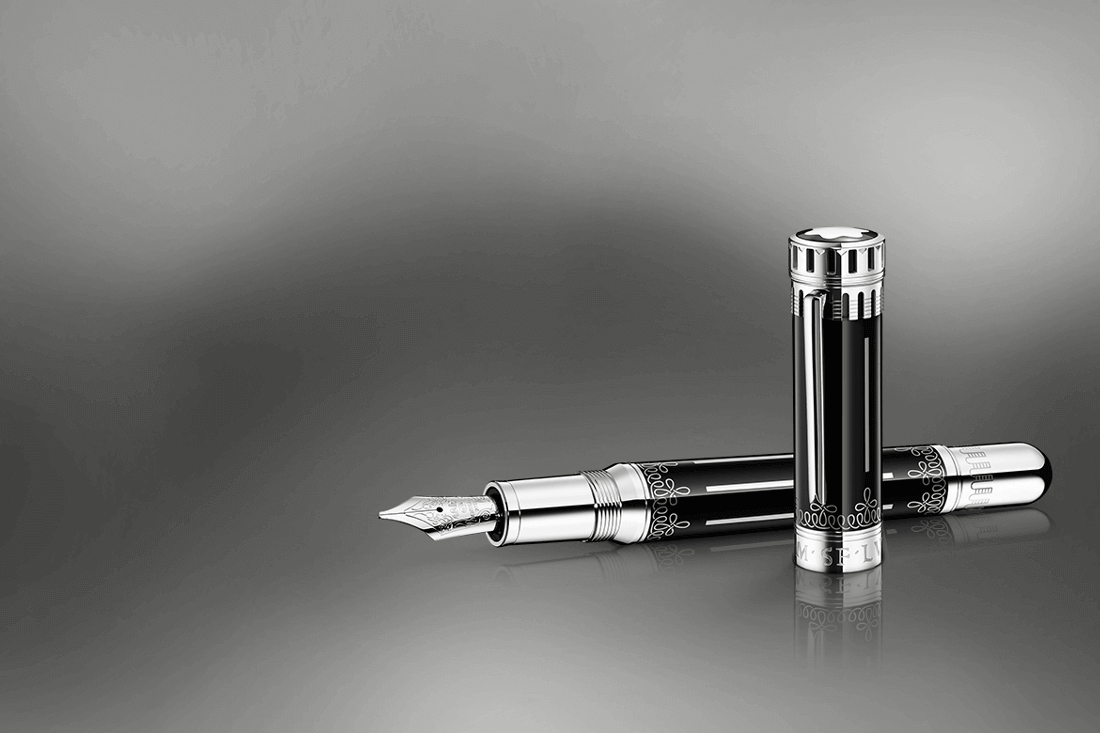 In April 2013, Montblanc will introduce its annual Patron of Art Edition 2013 commemorating the life and influence of Ludovico Sforza, Duke of Milan, one of the most prominent patrons of the Italian Renaissance and protector of Leonardo Da Vinci.

The latest Patron of Art Edition, with its Solid Gold Limited Edition 888 and its Sterling Silver Limited Edition 4810 Fountain Pens, honours the late Renaissance. Ludovico Sforza (1452 – 1508), a shrewd ruler and an ambitious diplomatist, had an insatiable passion for the arts. Under the Duke’s patronage, Leonardo Da Vinci created his most famous works including the ‘Last Supper’ and the ‘Lady with an Ermine’.

The Castello Sforzesco in Milan is the inspiration for the Editions’ cap and clip design. The writing instrument’s fittings replicate the pattern Da Vinci, used in his fresco in the “Sala delle Asse” or “Chamber of Boards”, as well as in the Mona Lisa’s robes and ornaments. The initials engraved on the cap’s ring originate from the “Testone”, a silver coin issued in honour of Ludovico Sforza during the Milanese Renaissance.

The blue lacquered cap and barrel of the Limited Edition 888 are embellished with Da Vinci’s pattern in dark blue. The fountain pen has solid gold fittings and distinctive Montblanc emblem in fmother-of- pearl and its cone featuring the Duke’s coat of arms.

In contrast, the Limited Edition 4810’s cap and barrel are crafted from black lacquer featuring Da Vinci’s designs in silver. The 925 Sterling Silver fountain pen is finished with the Montblanc star in white resin.

The 750 rhodium plated solid gold nib of the Edition is engraved with the Duke’s coat of arms.The Patron of Art Limited Edition 2013 is available in Montblanc boutiques worldwide from April 2013.