James Dean, Elvis Presley and Marlon Brando are just a few of the names that spring to mind when you think of the motorcycle jacket – an enduring wardrobe staple for any gentleman that likes to dress with an edge. Stemming from a practical need and evolving into a hall of fame menswear piece, this effortlessly cool jacket has almost 100 years of heritage to its name.

The timeline below plots the most important moments in the motorcycle jacket’s history – from its humble origins through to the present day, where we also show you how to style one in a contemporary way. The motorcycle jacket is undoubtedly an American classic; the company responsible for its creation is Schott NYC, which was founded by brothers Irving and Jack Schott in 1913.

However, it wasn’t until 1928 that the brand released the world’s first motorcycle jacket – named the Perfecto – for Harley Davidson no less. This was the first motorcycle jacket that had functioning zips, allowing the wearer to easily put it on and take it off. Its predecessors were fastened by buttons, but the addition of zip closures ensured increased manoeuvrability.

The jacket was priced at the princely sum of $5.50 – a small fortune in today’s money – but it nonetheless gave effortless style, practical wearability and safety to its wearer. The motorcycle jacket shot to fame in 1953 thanks to Hollywood heartthrob Marlon Brando, who sported Schott’s Perfecto in hit film The Wild One, where he played a gang leader (which only added to the jacket’s already brewing rebellious connotations).

Debonair, effortless and oozing attitude, the motorcycle jacket instantly became a symbol of cool for an entire generation of youths.

Following post-war era of the 1950s came the “Swinging Sixties” – and all of the fashion, style and political turmoil that it brought with it. The motorcycle jacket became a hallmark of the young and carefree, with everyone from up-and-coming musicians to The Beatles sporting motorcycle jackets as a symbol of counterculture. The 1970s saw rock become the musical genre of a generation, with greasy-haired, tight-clothed and guitar-wielding bands soon adopting the motorcycle jacket as their uniform de riguer. The Ramones pushed the biker mainstream by wearing it on the cover of their albums Rocket to Russia, Leave Home and Road to Ruin, giving the jacket another dimension of cool.

Punk followed rock ‘n’ roll in the 1980s, and the subculture gave the motorcycle jacket its most notorious transformation of all. With designers like Vivienne Westwood and bands such as the Sex Pistols leading the charge, the motorcycle jacket became the emblem of an anti-government, anti-establishment movement that lasted throughout the 1980s. During this time the jacket was often worn oversized and adorned with metal spikes and studs.

Stepping out from behind the curtain of punk rock, and gang rivalries between the mods and rockers, the motorcycle jacket was reinvigorated and softened slightly by Hollywood in the 1990s after being seen on the backs of popular A-Listers such as Leonardo DiCaprio, Brad Pitt and Johnny Depp. 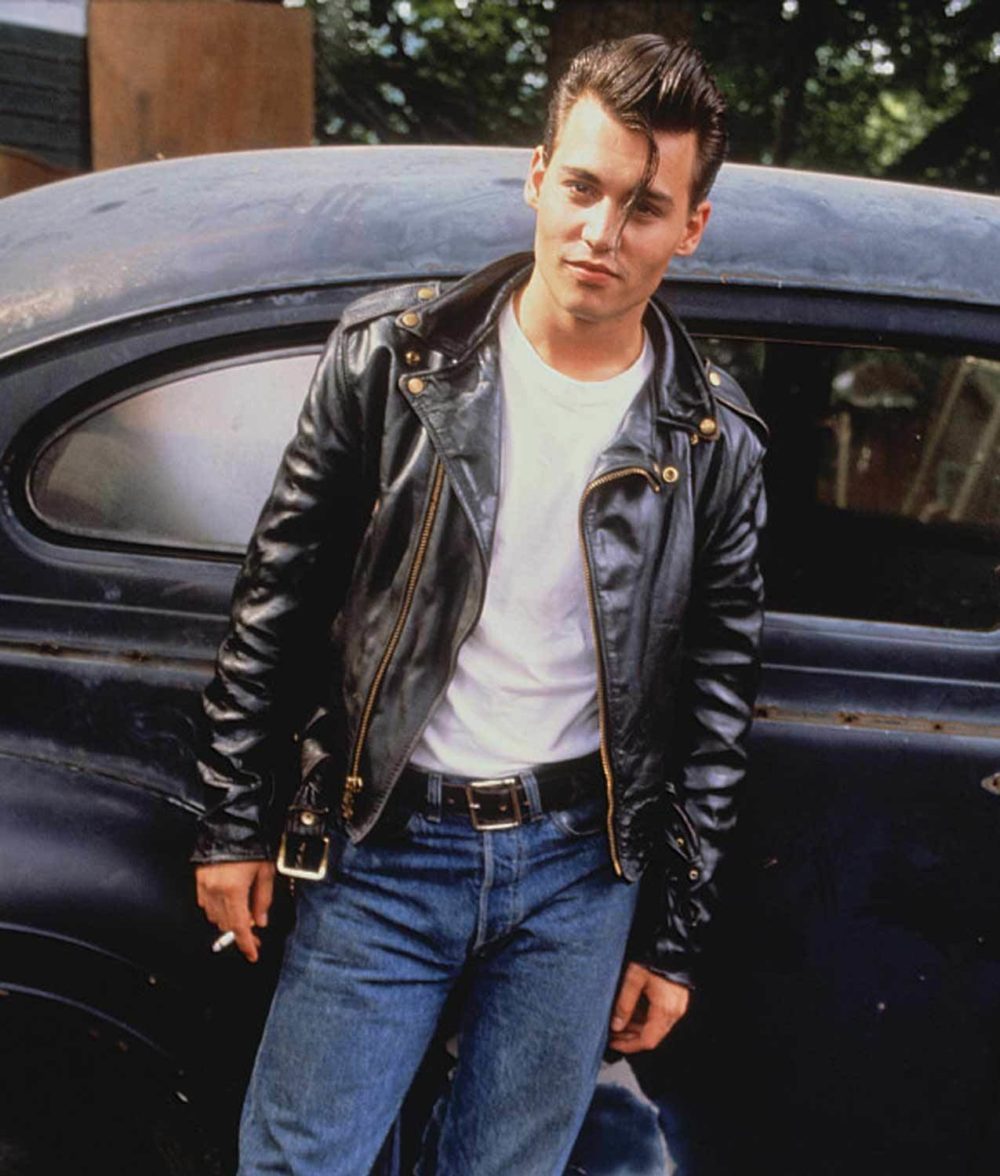 Fast-forward to the present day and the motorcycle jacket is considered a legitimate wardrobe essential for stylish men of all ages, meaning there’s now more choice than ever when it comes to securing your perfect design. Everyone from high-street brands such as AllSaints and Reiss, to specialists like Schott and Belstaff, to luxury designers Saint Laurent and Tom Ford now produce their own takes, meaning there is something for every budget and taste.

How to Style a Motorcycle Jacket The beauty of the motorcycle jacket is its versatility. It can be dressed up or down for any occasion, but for a classic approach wear it with raw selvedge denim and a plain white T-shirt, like Mr Brando himself. Tuck the tee into the jeans and either throw on a pair of black boots or penny loafers for an instant nod to its 1950s heritage.

For a more formal take, try teaming yours with a crisp white button-down shirt and a pair of straight-leg black trousers. Wear the shirt untucked for a smart-casual look that’s perfect for a night out, or tucked in to maintain a more put-together feel. Finish with black Chelsea boots for an instant injection of rock ‘n’ roll.