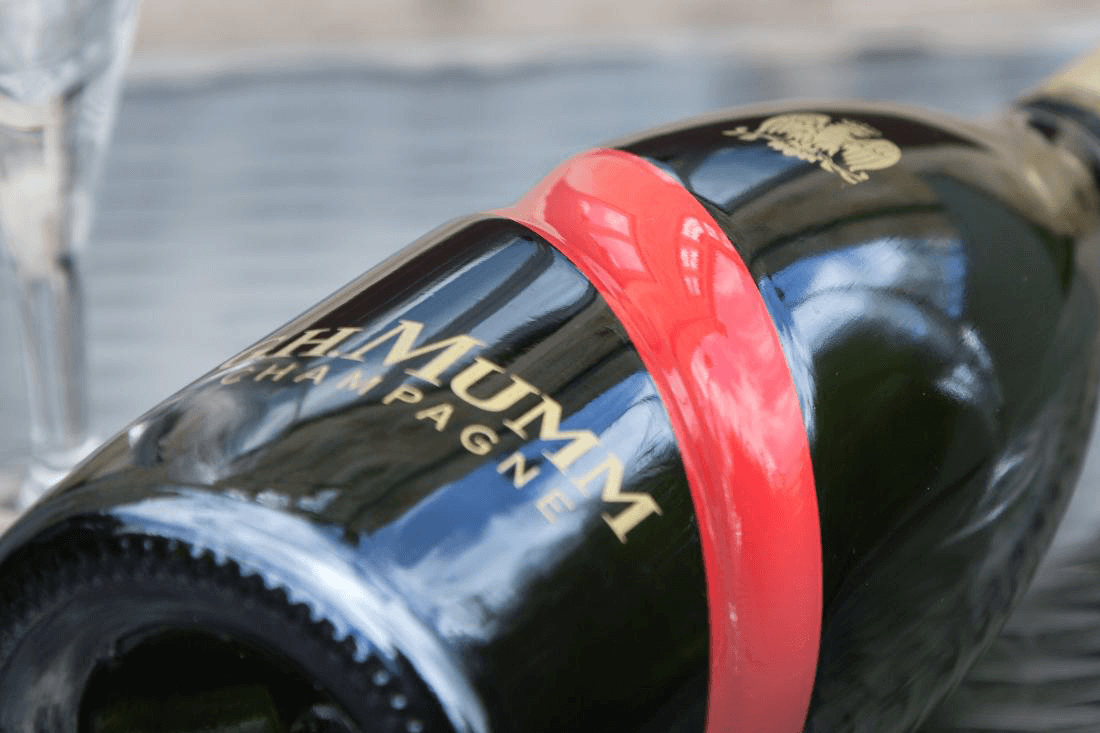 Last weekend Ape to Gentleman travelled to Paris ‘the city of lights’ to witness the Paris Formula ePrix at Les Invalides, right in the heart of the French capital. Hailed as the future of motorsport, Formula E is the world’s first all-electric racing series providing a framework for R&D around electric vehicles for cleaner energy and sustainability. A noble cause and entrainment- it ticks the boxes for success.

The Paris Formula ePrix also coincided with the relaunch of Maison Mumm’s new Grand Cordon champagne. Founded back in 1827 the Reims based champagne house has long been associated with ground-breaking endeavours- right back to 1904, when it supported the explorer Jean-Baptiste Charcot during the first French Antarctic expedition. And as of this season the house has lent itself to Formula E, an equally ground-breaking endeavour.

After a tough day of racing on the Parisian streets the winner (Lucas di Grassi) was awarded a bottle of Mumm Grand Cordon to celebrate with- a bottle with no front label but instead the G.H. Mumm signature and eagle emblem printed in gold directly on the glass. The unusually long, slender necked bottle design accompanies the development of the aromas of Mumm’s legendary Cordon Rouge cuvée, which is a notably intense expression of Pinot Noir, complemented by the subtlety of Chardonnay and the fruitiness of Pinot Meunier. We sampled some Grand Cordon on the day and can confirm it’s delicious, even more-ish.

Perhaps the most eye-catching feature of the Mumm Grand Cordon bottle however is famed artist Ross Lovegrove’s reinterpretation of the famous Cordon Rouge red sash originally designed by Mumm founder Georges Hermann Mumm who had the idea of decorating selected champagnes with the red ribbon of the Légion d’Honneur, France’s highest civilian award.

Mr Lovegrove who rose to international prominence with designs for Sony and Apple designed the read sash for the Mumm Grand Cordon bottle indented into the glass.

True to the Mumm motto “Dare. Win. Celebrate” – the champagne house not only serve up a fine tasting champagne but have also pushed the limits of creativity with what can only be described as one of the most handsome champagne bottles available today. Look out for it- it’s not hard to miss unlike Lucas di Grassi flying around the streets of Paris at 140mph.