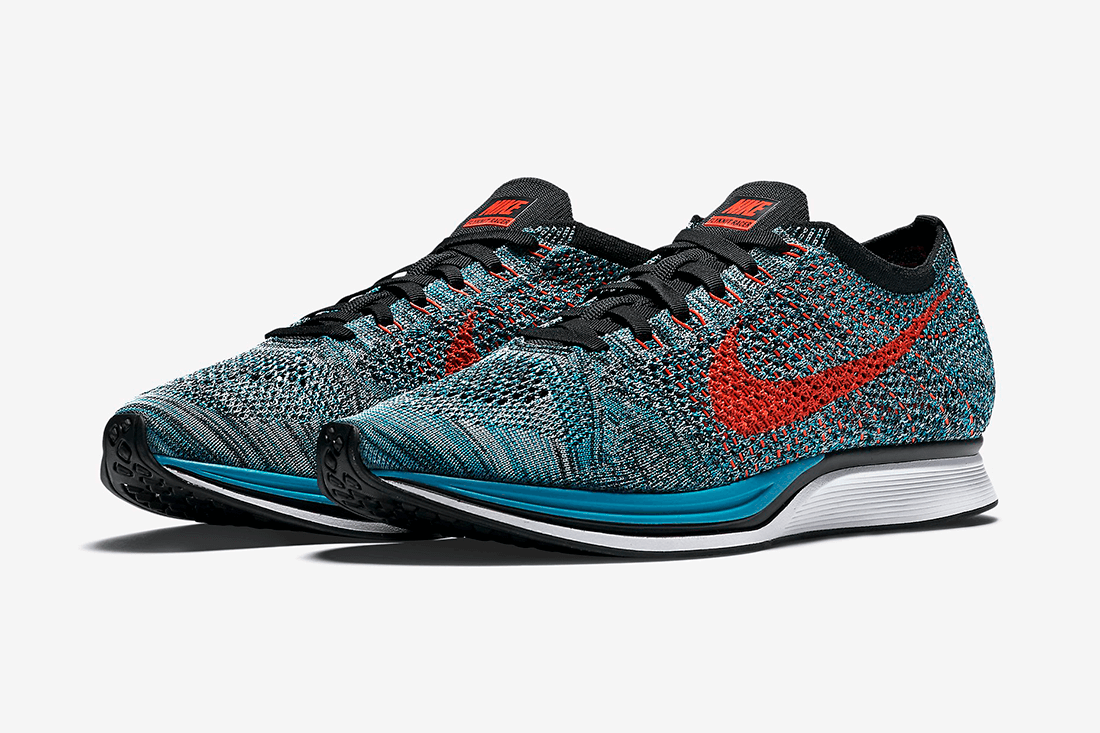 The Nike Flyknit Racer, first introduced in 2012 continues to be one of the most sort after sneakers in the world today. Made with Nike Flyknit technology the shoe has a snug (and virtually unnoticed) fit of a sock. Originally designed for marathon runners (being so light), the shoe has become more popular with fashionistas looking for Nike style and comfort.

As of today, 14th April 2016 there have been four new additions to the evolving story of the Nike Flyknit Racer, which you can find below. Expect more releases throughout the year.

The Nike Flyknit Racer in Blue Cactus, which celebrates Abdi Abdirahman, the first marathoner to qualify for the games in the shoe.

The Flyknit Racer in a Fire and Ice colour-way, inspired by the two keys to post-run recovery. Neo Turquoise/Glacier Ice/Bright Crimson.

The Nike Flyknit Racer in an Indigo colour-way, inspired by the early morning glow of a sunrise run. Game Royal/Pink Flash/Black.

£130 from nike.com while stocks last.