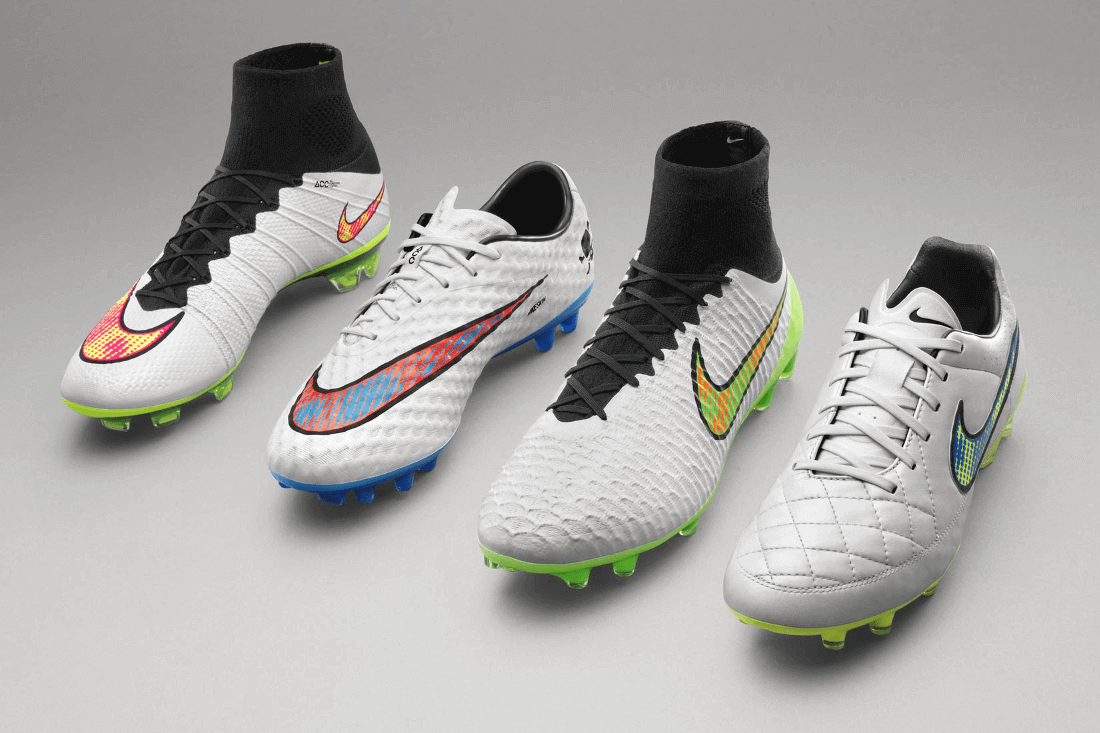 Nike Football have just released their Shine Through Collection; an homage to the basic black boots omnipresent until the 1970s, when white boots first began appearing on the pitch.

“While white is sometimes thought of as the simplest of colors, we see it as the powerful result of overlapping primary colors. It’s a bit analogous to how a player’s training, creativity and touch overlap to create powerful moments on the pitch that look deceptively simple.” – Max Blau, VP Nike Football Footwear

The pearlised white colour-way with a premium finish was inspired by the visuals that accompany New Year’s Eve celebrations in Brasil. White is the traditional color worn by those partaking in the festivities, with accents of color.

Nike professional players will begin wearing the Shine Through boots in early December. The collection is available now exclusively via the Nike Football App.