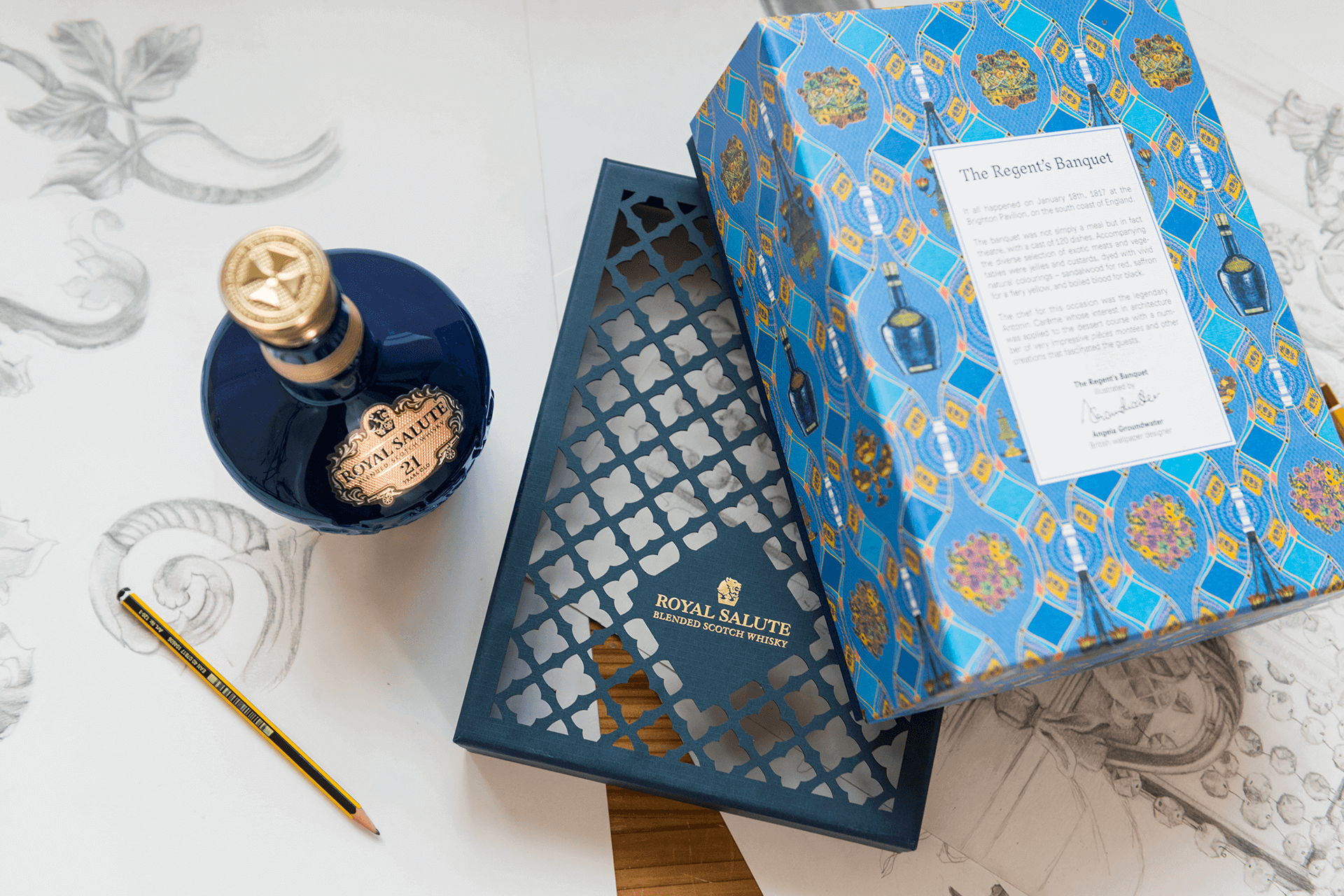 Back in July, I was invited to an almost royal banquet in central London- hosted by the ‘King of Whisky,’ Royal Salute. The reason was two-fold; to celebrate The Regent’s Banquet, which took place on January 18th, 1817, at the Brighton Pavilion on the south coast of England. And also, to get a first look at the Royal Salute Regent’s Banquet Gift Box. The connection? Royal Salute was first created as a gift for the Coronation of the Queen in 1953 and the Royal Salute gift box has been designed based on the historic 1817 meal to celebrate the brands longstanding connection with the monarchy.

The 1817 banquet boasted a diverse selection of exotic meals and vegetables were jellies and custards were dyed with vivid natural colourings- sandalwood for red, saffron for a fiery yellow, and boiled blood for black. Fast-forward to 2017 and our banquet- not quite the lavish affair of yesteryear but we were treated to an exquisite three course dinner created by an expert molecular gastronomy chef, including bespoke whisky pairings suggested by Royal Salute’s Director of Blending- Sandy Hyslop. The food was delicious, almost as good as the whisky and gift box. 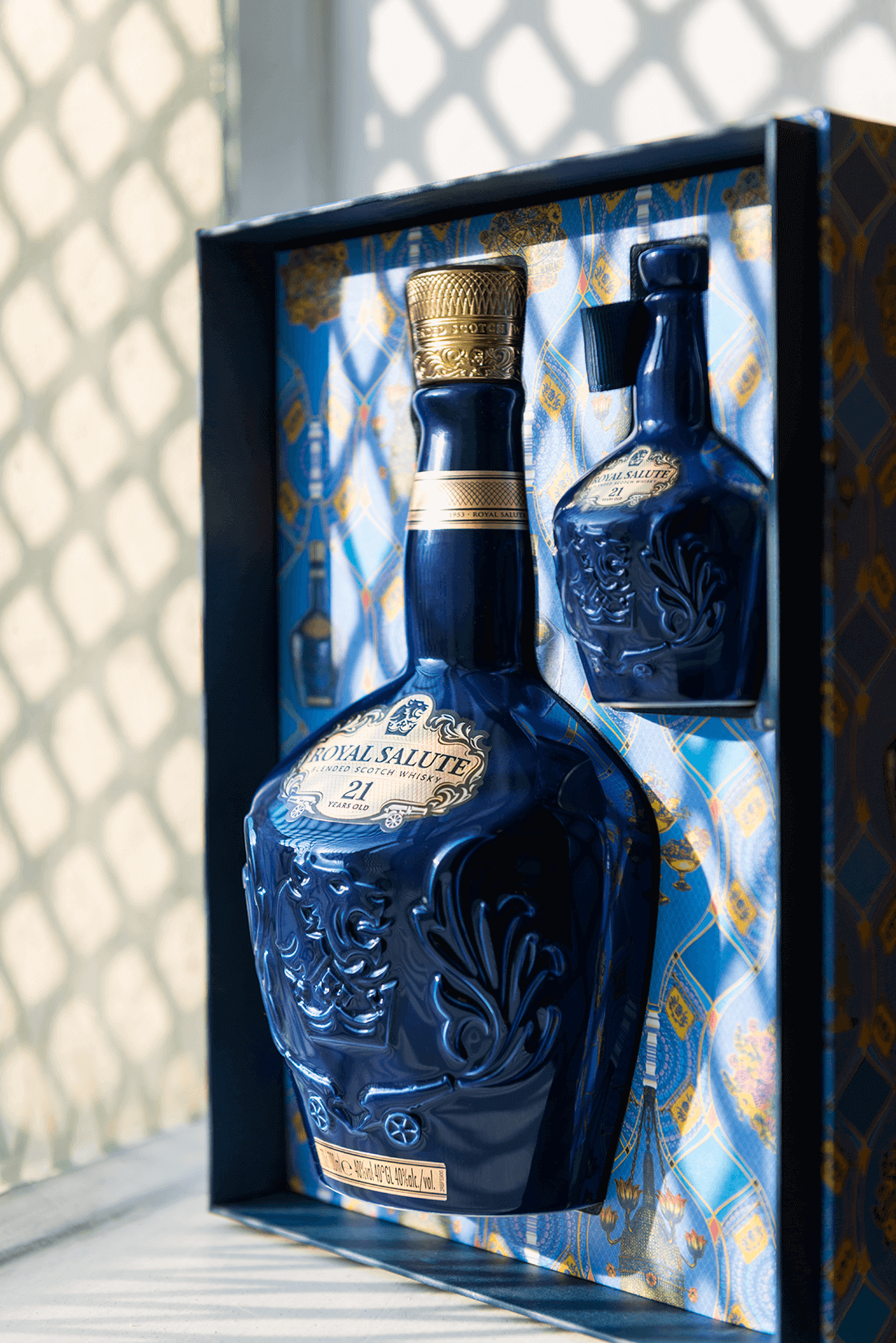 You might be thinking it’s too early to talk Christmas but Royal Salute released its Regent’s Banquet Gift Box for October, and we thought it prudent to let you know. It will make a great gift for any Christmas and pre-Christmas exchanges, think businessmen at the airport traversing through Europe and beyond, or that favourite client of yours, a brother or a father, or anyone else a fan of fine whisky and seriously handsome packaging design. 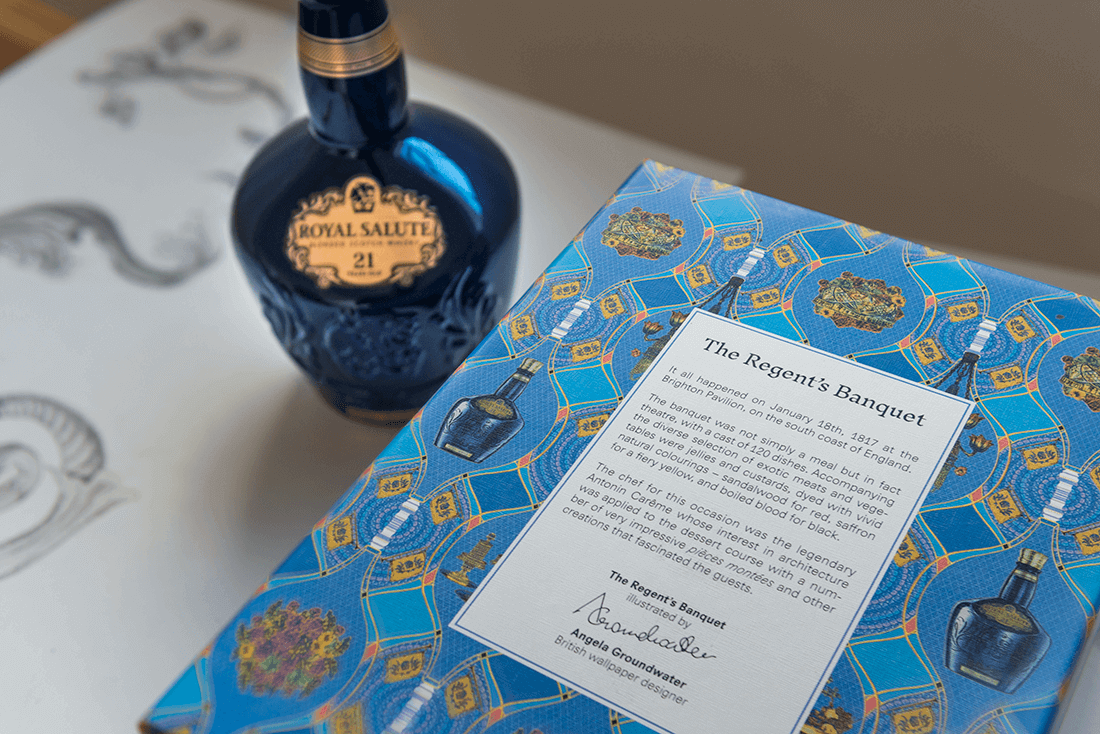 The gift set itself features a bottle of Royal Salute 21 Year Old, which has been carefully crafted and aged for a minimum of 21 years- alongside a miniature version for collectors. The bottle boasts an intricate laser cut lid design and shades of blue and gold. This is all contained in festive gift pack created by esteemed wallpaper designer Angela Groundwater.

The 21 Year Old whisky within is exceptional- rich, round and silky, and with the royal story behind it we believe it’s a great gift for whisky aficionados (or novices) and a unique chance to enjoy this rare expression that will no doubt become a cherished collector’s item and live on long after the festive season. Available for a limited time only, the Royal Salute Regent’s Banquet Festive Gift Pack can be purchased now at Harrods and globally via Duty Free for an RRP of £150.