Here at Ape, we’ve been advocates of The Workers Club for some time – it’s a hub of Japanese-inspired workwear coolness that seems to take on new levels each time they release a collection. So when an opportunity to speak to the husband and wife team behind the brand, Adam and Charlotte Cameron, arose, we jumped at the chance. Below we cover everything from the original inspiration for the company to how they see it evolving in the future.

It was sat at a sewing machine while studying fashion design at university that the idea of a collaboration was first discussed. Fast forward a few years however, and their own careers had got in the way of progressing the project – Adam the head of design with esteemed British brand Dunhill and Charlotte specialising in the faster-fashion landscape of the UK high street.

“I have notebooks from 12 years ago that outline The Workers Club well before we started,” says Charlotte. “We had the name, the DNA. It was driven by the lifestyle we wanted to live and what we were aiming for one day.”

An interest in functional design had started early, with Adam collecting his first pieces of army surplus at just 10 years of age – something which has grown 10-fold and is still a major design inspiration for all TWC collections. After leaving college he had pinpointed a list of his favourite brands and written to all of them to see where he could get his foot in the door.

“It took a while, but over the ensuing years I managed to get an interview with over half of the brands on the list,” he says “It was mainly British heritage brands such as Burberry, Daks and Dunhill – the latter being where I eventually became head of design.” 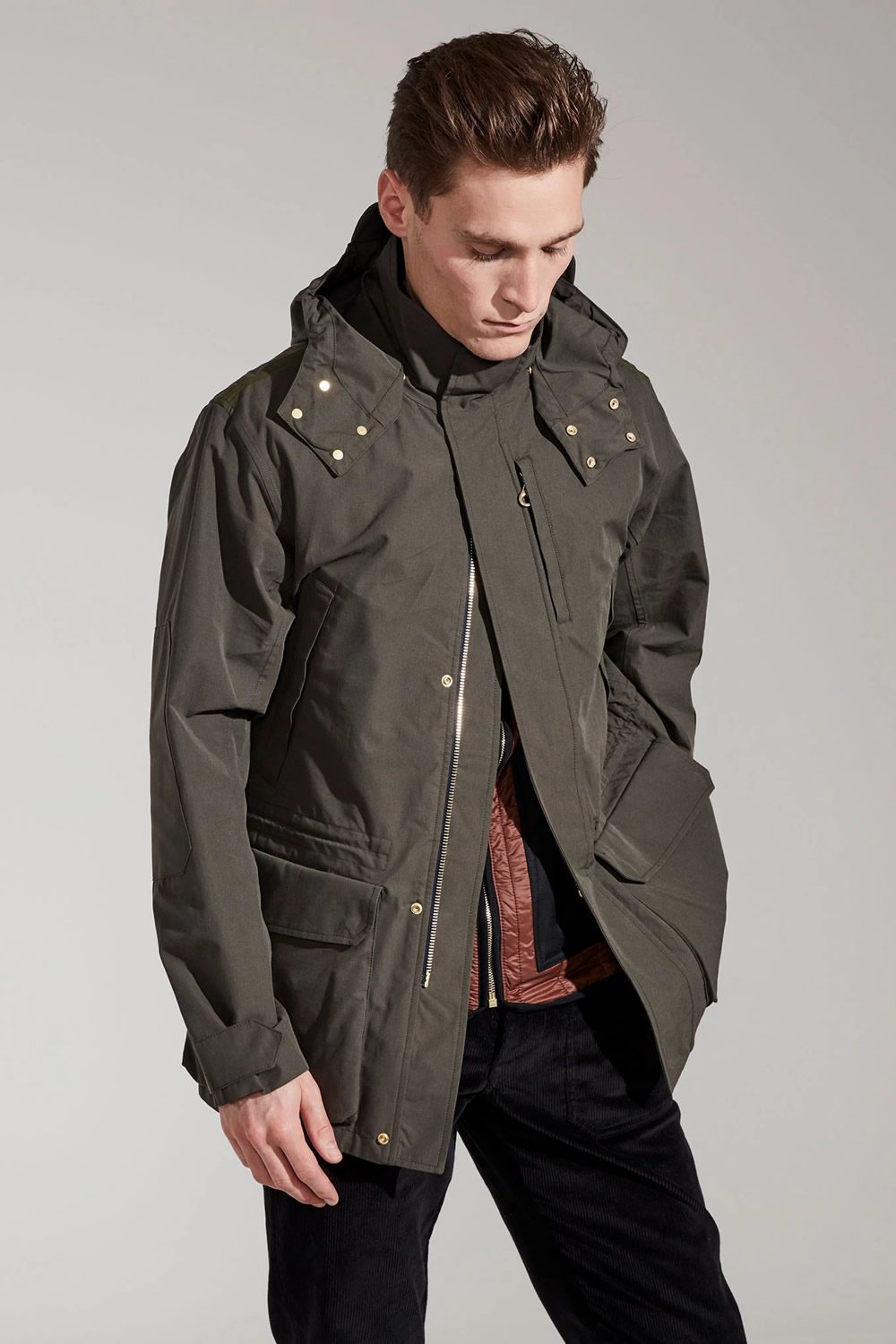 After spending a period of time working together in New York, it was back in the UK and specifically Adam’s work with Dunhill that first introduced him to travelling in Asia – particularly Japan – where he discovered many of the manufacturers that TWC still uses today, especially within their denim range.

Following his departure from Dunhill and the couple relocating to the countryside, the challenge to create a brand that fitted their new surroundings, but also suited the city landscape and urban aesthetic, presented itself.

After building up their expertise, fabric knowledge and network of manufacturers the pair were equipped to break into the market, but felt that because it was “flooded” with new brands releasing vast collections The Worker’s Club should instead launch with just one iconic piece.

“We felt very strongly that for our brand to have longevity we needed to put our efforts into creating the best outerwear piece on the market initially – and that came via our shell jacket, which we released in 2015,” says Adam. “It’s a future classic and we believe that ‘the Works’ (three-piece outerwear system) delivers that.” 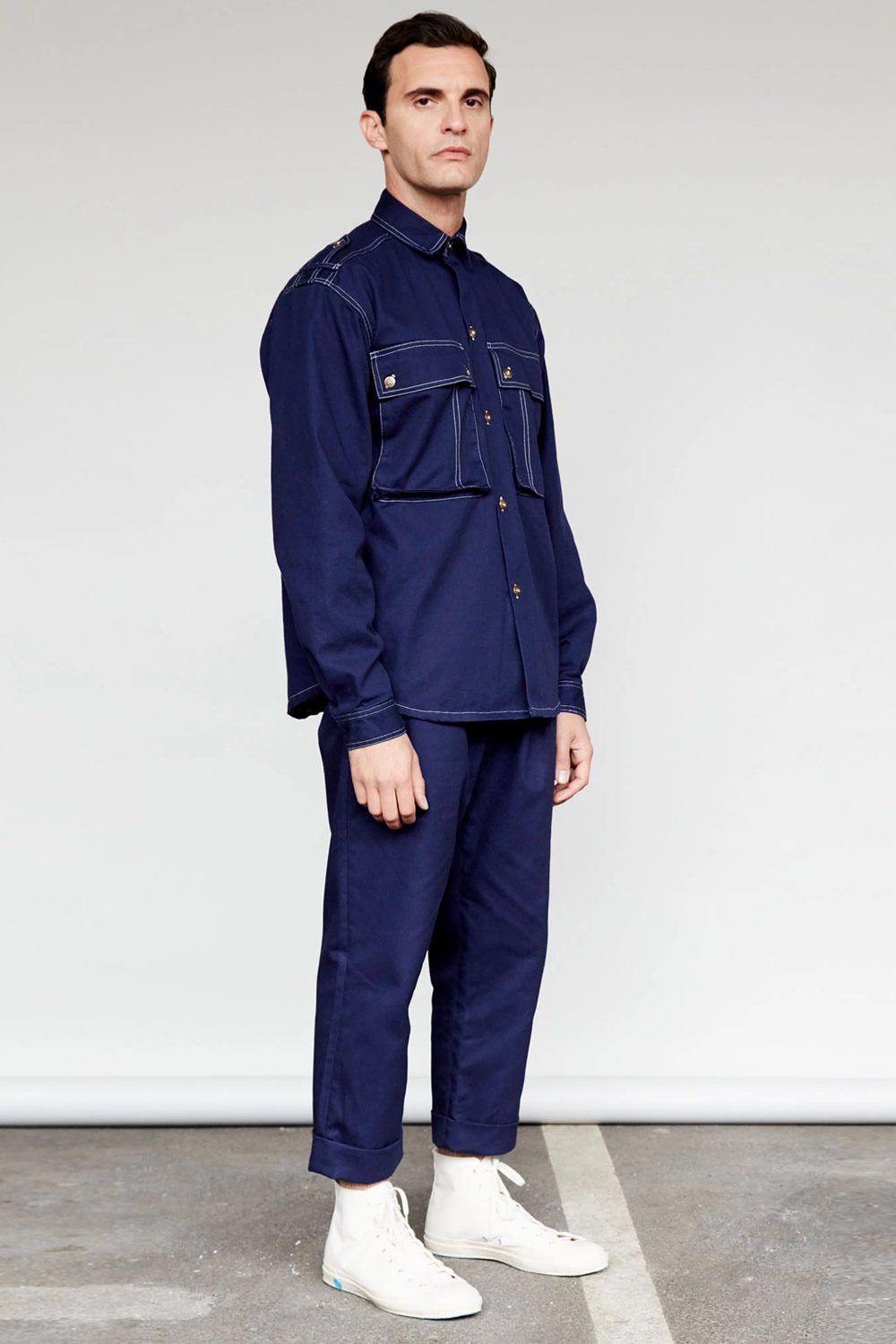 With an ethos of “buy less but better”, TWC does not not see itself as a “fashion brand” and prefers to focus on quality products and fabrics with a belief in sustainability through better investment and a continued mission to create a wardrobe for men who appreciate timeless style.

“We of course admire certain brands, but very few have stayed true to their core values whereas most have changed direction frequently or just never evolved,” says Adam. “They get left behind. Maintaining relevance requires a collective process where you are constantly re-evaluating whilst staying true to who you are,” adds Charlotte.

With denim priced at £265 and the core shell jacket £495, TWC is keen to communicate the importance of quality within key pieces, such as Made-In-Japan Denim from mill to maker through to laundry, with many Japanese brands favouring the same methodology and the very same manufacturers. 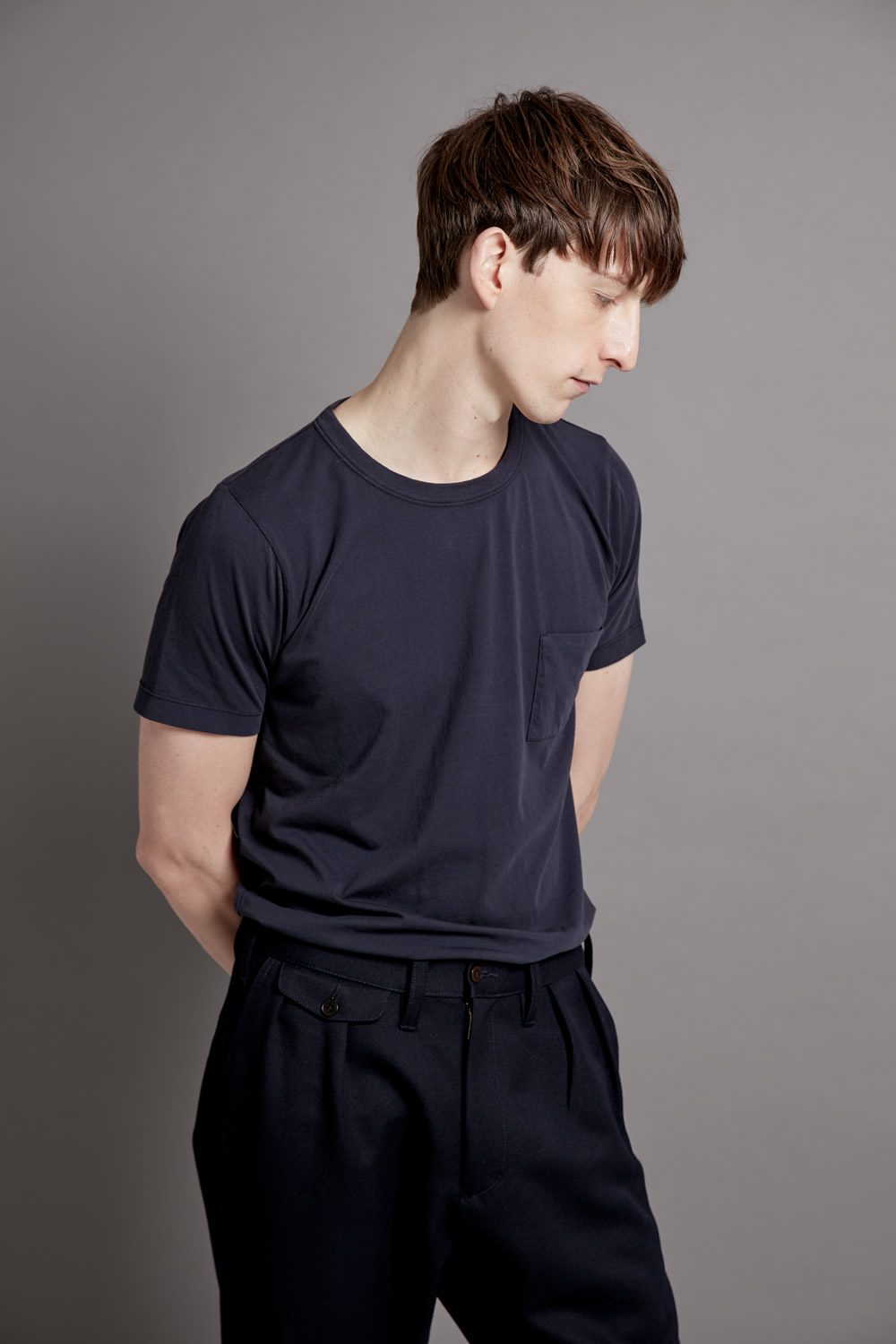 With challenges such as the obvious financials and decline of the UK high street, TWC focuses on its own online platform and through key partners including Mr Porter, The Rake and stores in Sweden. Mr Porter has played a large part by exclusively launching TWC and securing Adam to work on developing The Kingsman collection, from the associated Hollywood film franchise. He has been integral in the concept, design and sourcing of fabrics.

Admiring brands including Comme de Garcons and Junya Watanabe, the TWC team plan to grow their presence internationally through their e-commerce platform with the goal to have stockists in key markets including France, Germany, Denmark, USA and Japan. “This strategy will help to drive traffic back to our site,” says Adam “We want to partner with like-minded companies and to create a timeless brand that stays true to who we are.”

Ape’s verdict? Watch this space, you’re going to be hearing a lot more from this affable little team.

Thicken Up: The Most Effective Hair Loss & Regrowth Shampoos For Men