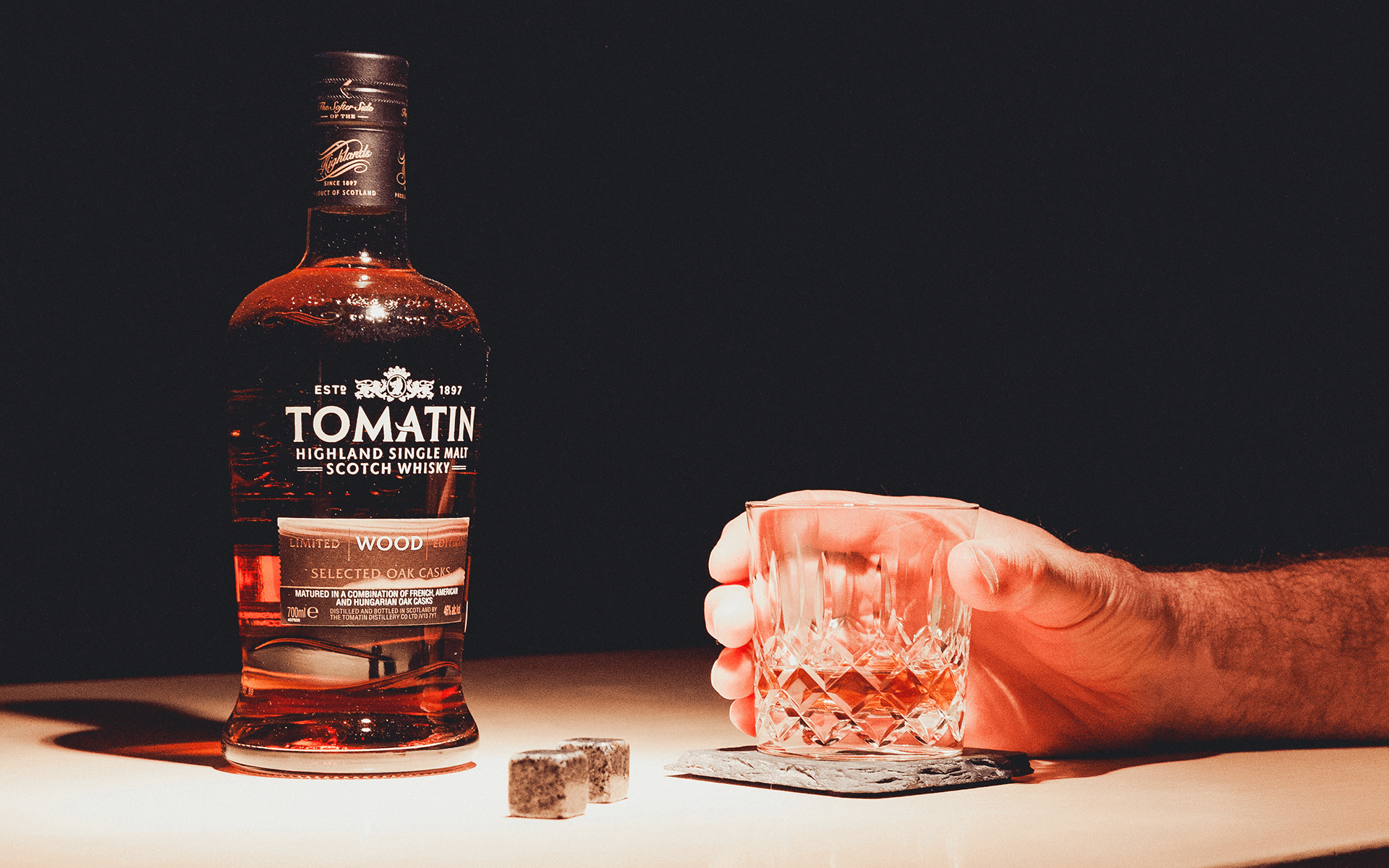 Wood has been aged in French, American and Hungarian oak casks, while Fire is matured in heavily charred oak, encouraging fresh vanilla flavours. 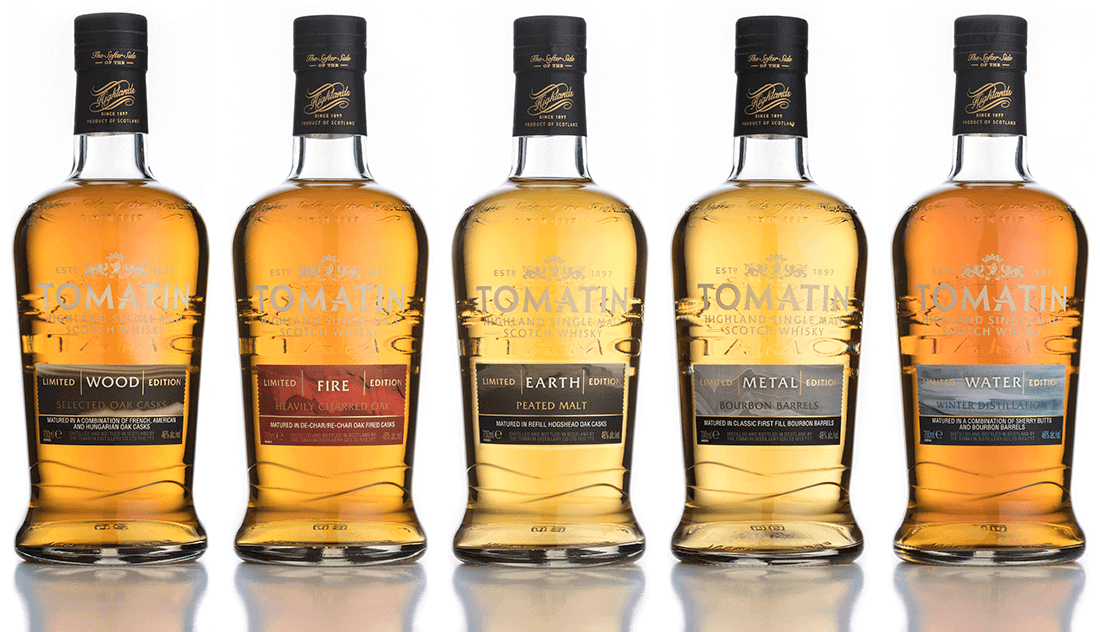 Earth returns rich and intense peaty flavours as a consequence of maturing in peat-dried malted barley casks and Metal is expressed by the distillery’s 12 copper stills. Completing the series, Water is distinguished by its naturally pure soft water from the Alt-na-Frith burn, which is drawn year round but employs a winter-distilled spirit to enrich the final flavour.

Jennifer Masson, Tomatin Marketing Manager, said, “As our brand grows we are increasingly inspired by global concepts and the Five Virtues series was born out of this inspiration. We wanted to release a creative limited edition series focussing on the effects of different cask maturations, while linking it to a wider concept. That is something that we have achieved with Five Virtues and we are incredibly proud to be launching the series onto the market this month.” 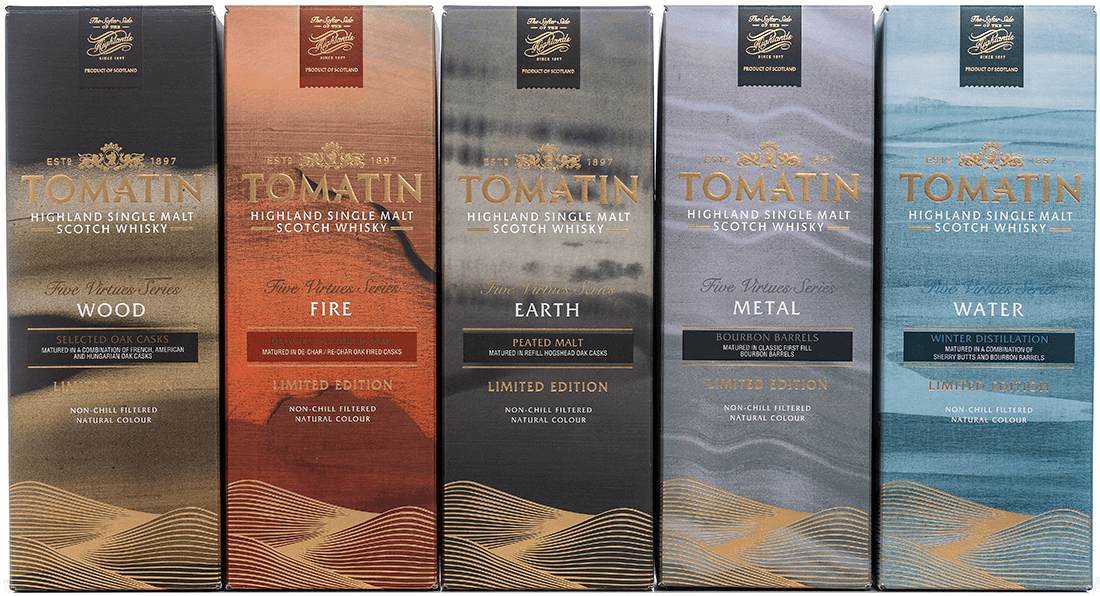 Ape to Gentleman were sent a bottle of the Wood whisky, along with a healthy sample of each- and we can tell you, they are all delicious in their own right. Unique in taste, it’s difficult to pick a favourite- so we won’t. We also enjoyed the unique design concept for the packaging- a partnership with abstract artist, Eva Ullrich. Eva was tasked with visually representing the five elements and the complexities within the different distillations involved in the series.

The Wood and Fire expressions are available now, from £49.99, while Earth, Metal and Water will be released later this year. In conclusion- we can’t recommend the Tomatin Five Virtues collection enough- for anyone who drinks from the core Tomatin range, you’ll know how drinkably delicious their whisky is. The Five Virtues series builds on this heritage but offers something totally unique- a welcome addition to the world of whisky where deviating from a core range is often risky… here, Tomatin’s risk paid of off. And the bonus- the bottle and box will also look better than anything else in your whisky collection. Enjoy. Responsibly, of course.