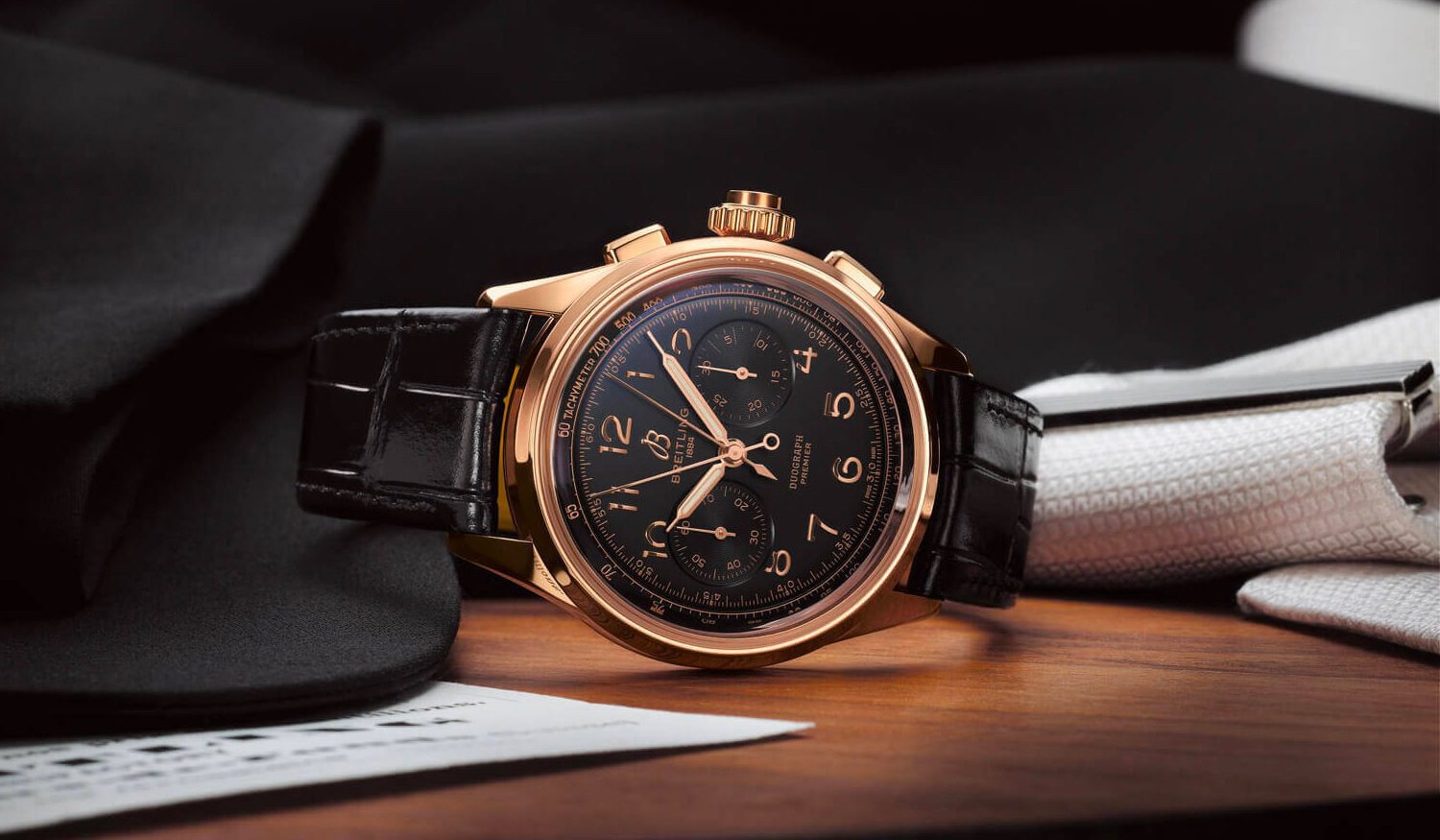 If you ever thought lockdown would hit the watch world hard than I have some news for you and it comes in the shape of Watches & Wonders. This is the show that was supposed to happen last year but, for obvious reasons, went out with a whimper. Now it’s back, bigger and more virtual than ever, with the world’s most important watchmakers showing off their latest and greatest.

At one end of the scale you have the incredible, over-the-top pieces of haute horology like Jaeger-LeCoultre’s four-dial, 19-complication Reverso or Purnell’s double triple-axis tourbillon. On the other, you have the more down-to-earth collections that, you know, actually matter.

From downsized classics to funky new heritage releases, these eight timepieces are firmly the latter. They might not take 1,000 hours to build and are limited to more than single-digit editions, but if you’re looking for a new summer watch to lust after, this is the place to be. Enjoy. 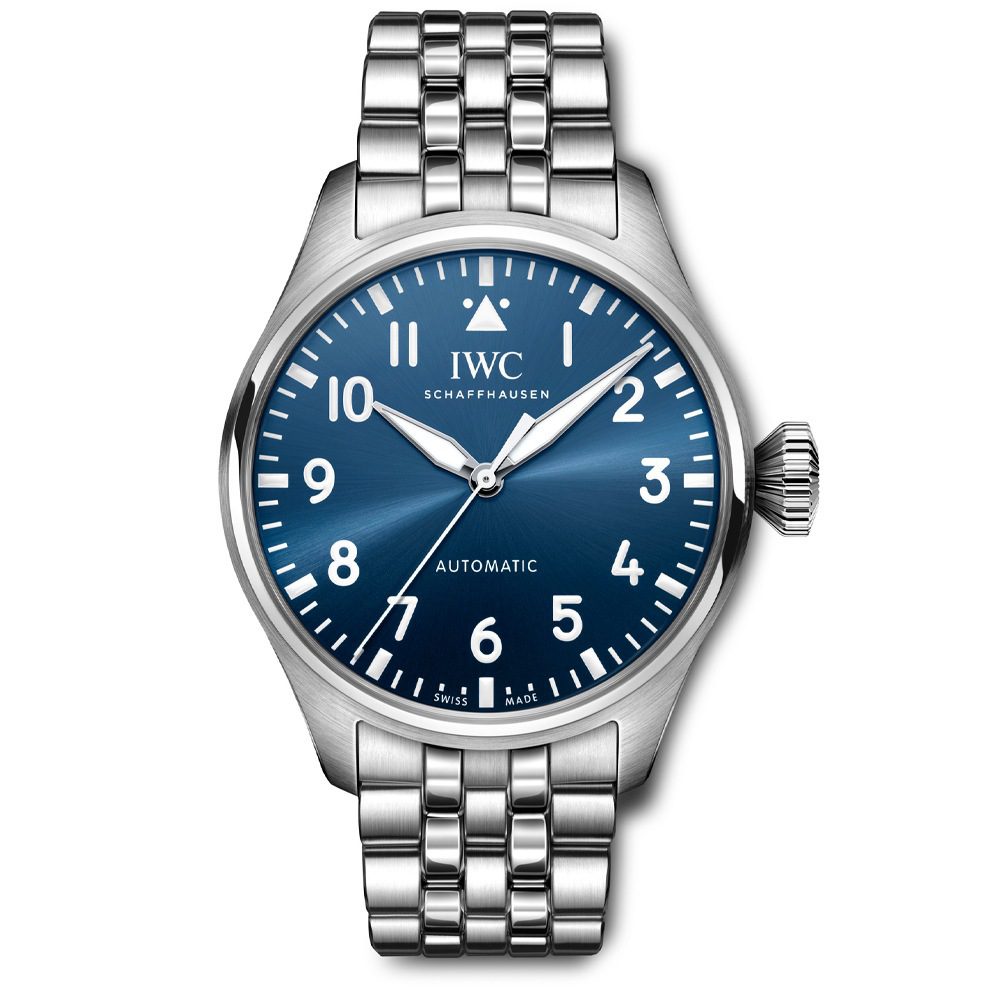 Normally I’m among the first to decry releasing smaller sizes and labelling them novelties, but this is the one time I’ll make an exception. I love the Big Pilot with its ludicrously oversized crown and macho-baiting 46.2mm case. The only problem is I look absolutely ridiculous wearing one, and the likelihood is you do too. It’s meant to be fit on the outside of a flight suit, not under the cuff of a lounge suit.

The downsized 43mm still doesn’t quite fit under a cuff, but it’s now a lot more wearable. I can assure you it’s big, it’s just not ludicrous any more. IWC made up the loss of surface area by stripping away the power reserve and date indicators of the larger models, streamlining the Big Pilot back to its observation watch roots.

It’s available in three different versions: black and blue dials, both with the collection’s signature riveted leather strap; and a blue version on a five-link bracelet. That last (above) is a more handsome, everyday watch but for me it’s all about that black on leather. I’m a sucker for the classics, especially when I can actually wear them. 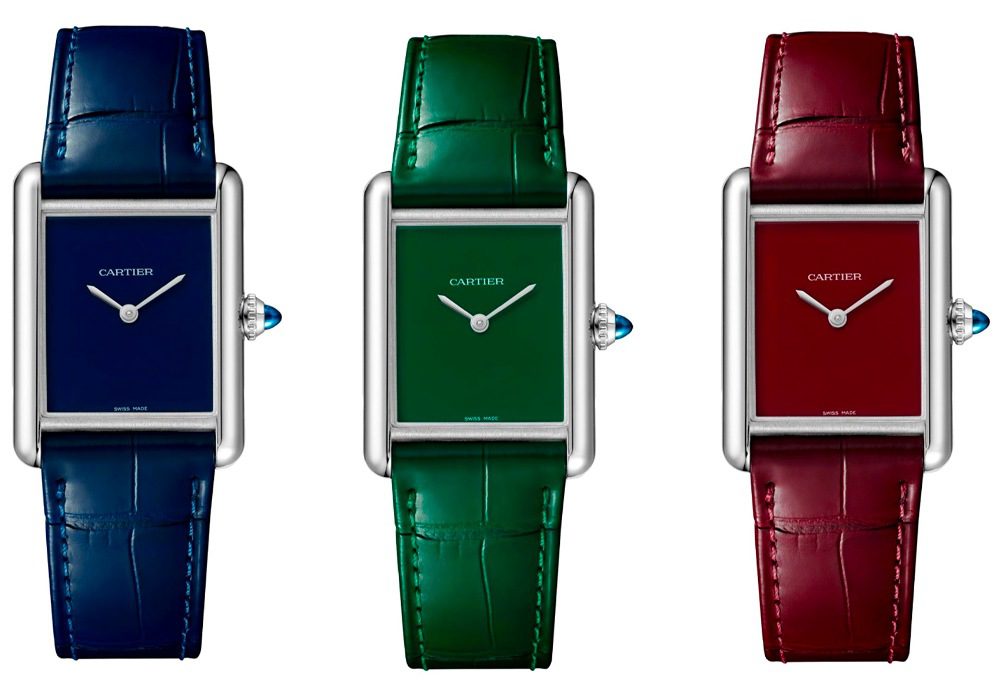 One of the earliest watch icons out there, the original tank dates back to 1917 and some severe PTSD when Monsieur Cartier designed a dress watch in the shape of a war machine. Just over a century on and it’s the definitive rectangular watch (sorry Reverso) and this year the Parisian brand is bringing it to the masses.

The Must de Cartier Tank first came about in 1977 as an impulse buy version of the iconic watch and the new collection takes much the same slant. Firstly, that means quartz movements – not quite across the board, but in all but the larger sizes, which in turn makes the collection a lot more accessible. Secondly, it means colour.

The highlights are a triplet of stripped-back, time-only Tanks in red, green and blue. They don’t have the usual rail tracks or Roman numerals (or any numerals at all for that matter), instead opting for a distinctly 1980s bent. If Cartier wanted to release another impulse buy, they’ve succeeded. 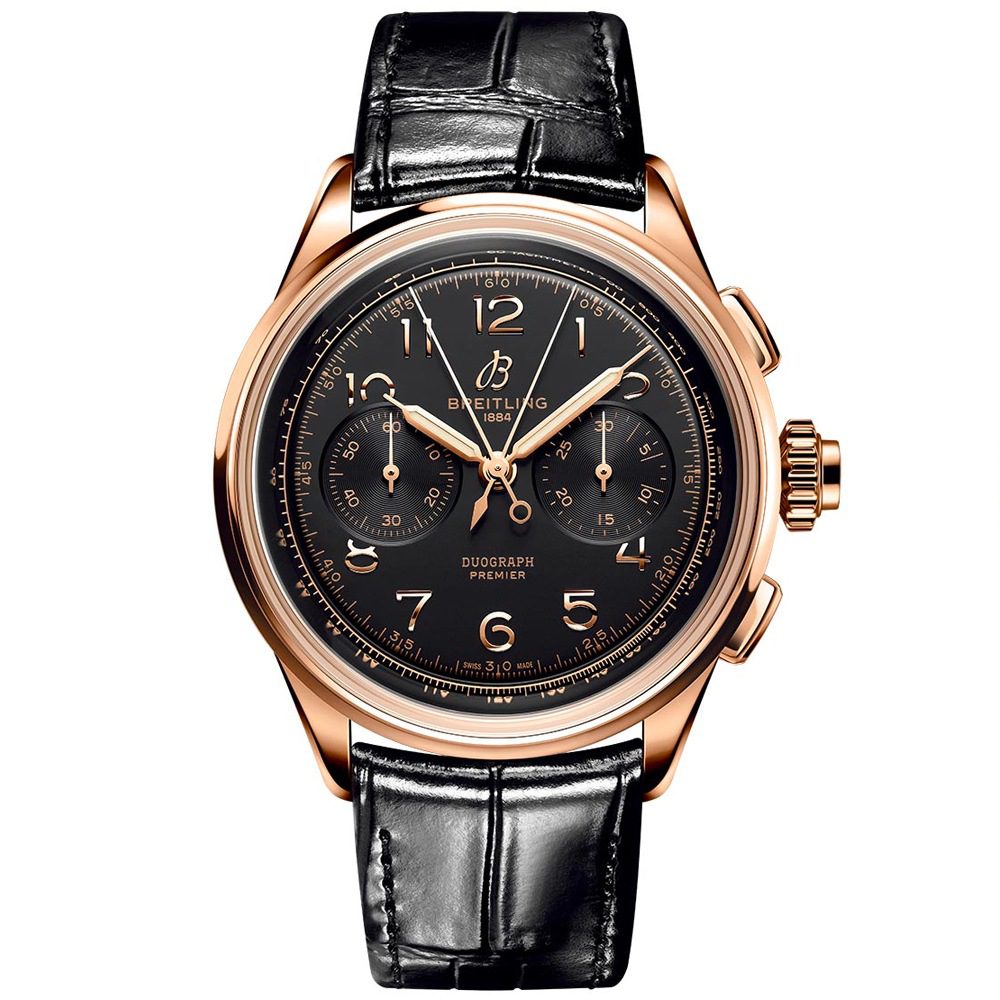 Sure, Breitling are most associated with the world of aviation, but back in the 1940s they were the name in chronographs. In fact, they are in large part why it took off as a complication – that and the fact that it’s one of the few that’s genuinely useful. This year Breitling is leveraging their elegant Premier collection to highlight their history in the field – and pulling off some stunners in the process.

There are three distinct models in the new collection: the B09 Chronograph, the B15 Duograph and the B25 Datora. Each draws from a different historical model and features a selection of dials ranging from the classically elegant to the quirkily green.

For me, it’s all about the Duograph (featured image, top), a reinterpretation of a 1944 rattrapante. At the press of a button, the second hand splits into two, one marking when you pressed it, the other continuing. Press it again and the hand left behind snaps back to play catchup. It’s a serious piece of watchmaking and the only downside is that the dial options are the dullest of the lot, just black and blue. Give me the salmon or pistachio any time.

I actually own a vintage Explorer so when I saw that Rolex’s big announcement this year was the introduction of a smaller, 36mm version of the previously 39mm watch I was psyched. That might seem small to some watch lovers out there, but it’s the same size the watch was when it summited Everest with Sir Edmund Hillary back in 1953, proving that size isn’t everything.

Where Rolex have gone off the rails from that original watch however is by introducing it in bi-colour – or in Rolex parlance, Rolesor, a combination of yellow gold and Oystersteel. It’s basically vintage sizing paired with retro charm and, behind the scenes, the latest Rolex 3230 movement that they’ve been rightly putting into everything recently.

It has a paramagnetic balance spring and an entirely new balance to make it incredibly shock resistant, and a new barrel layout for a 70-hour power reserve. Basically, it’s the perfect Explorer movement. If you like it, you’d best get on those waiting lists nice and early. Silver’s an unusual metal in watchmaker. Gold, sure, if you want a bit of flash – or corrosion resistance – and platinum for the really rarefied, but silver? It’s not valuable enough to make people go wow and it still has the malleable downsides of a precious metal. Yet somehow Tudor have used silver to make one of the coolest releases of the year, the Black Bay 925.

The core of the watch is Tudor’s most popular diver, but the case is made from an alloy containing 92.5% silver. The rest of the alloy is a trade secret (seriously, I’ve tried) but between that and the metal stamping process, it’s double the hardness of normal silver. Combined with substantial corrosion resistance, it’s a practical – and handsome – new case material.

It also has an unusual taupe dial to set the whole thing off, particularly when paired with the colour-matched fabric strap. Tudor may have been riffing off the Black Bay for years, but this is a cool, fresh take on the formula. The downside is that so far, everyone that’s seen it has agreed. Want one in the next year? Get your name down sharpish. 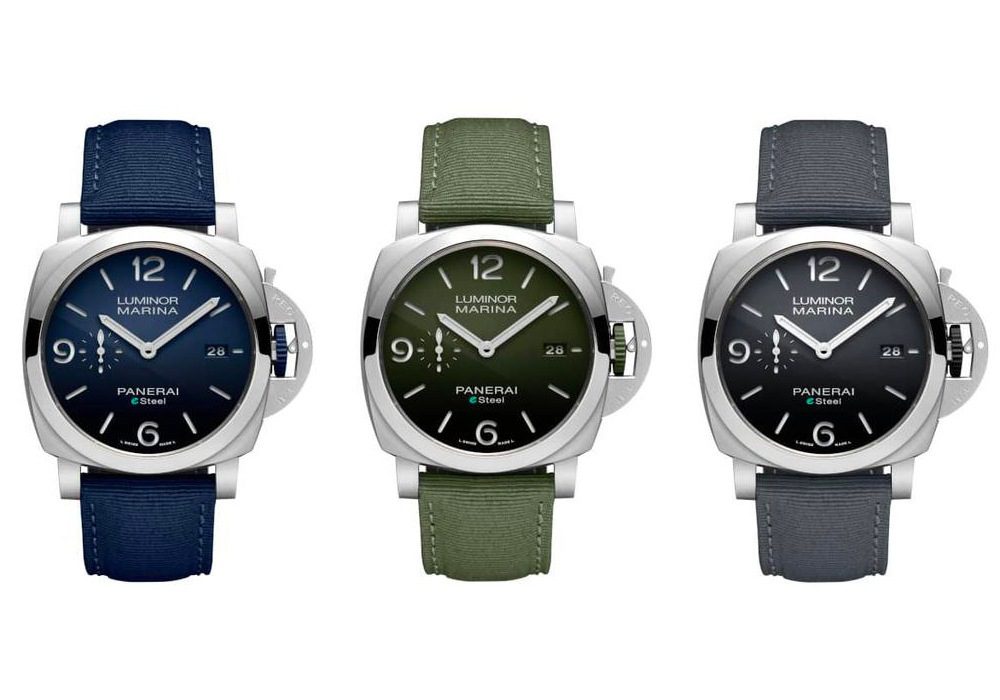 This is a relatively small change for the heritage Italian diving specialist, but a welcome one, given many a watchmaker has been hammering home their environmentally-friendly credentials over the last few years. Recycled straps, reclaimed materials… you name it, it’s somewhere in watchmaking.

Panerai too have leveraged their own expertise in new materials this year for the Luminor Marina eSteel, a trio of pieces utilising 58.4% of the total weight of the watch in recycled steel. Available in grey, green and blue recycled dials paired with matching recycled straps, hopefully these are more than a publicity stunt. Even then, they’re very good-looking watches. Even die-hard Paneristi purists should be converted. 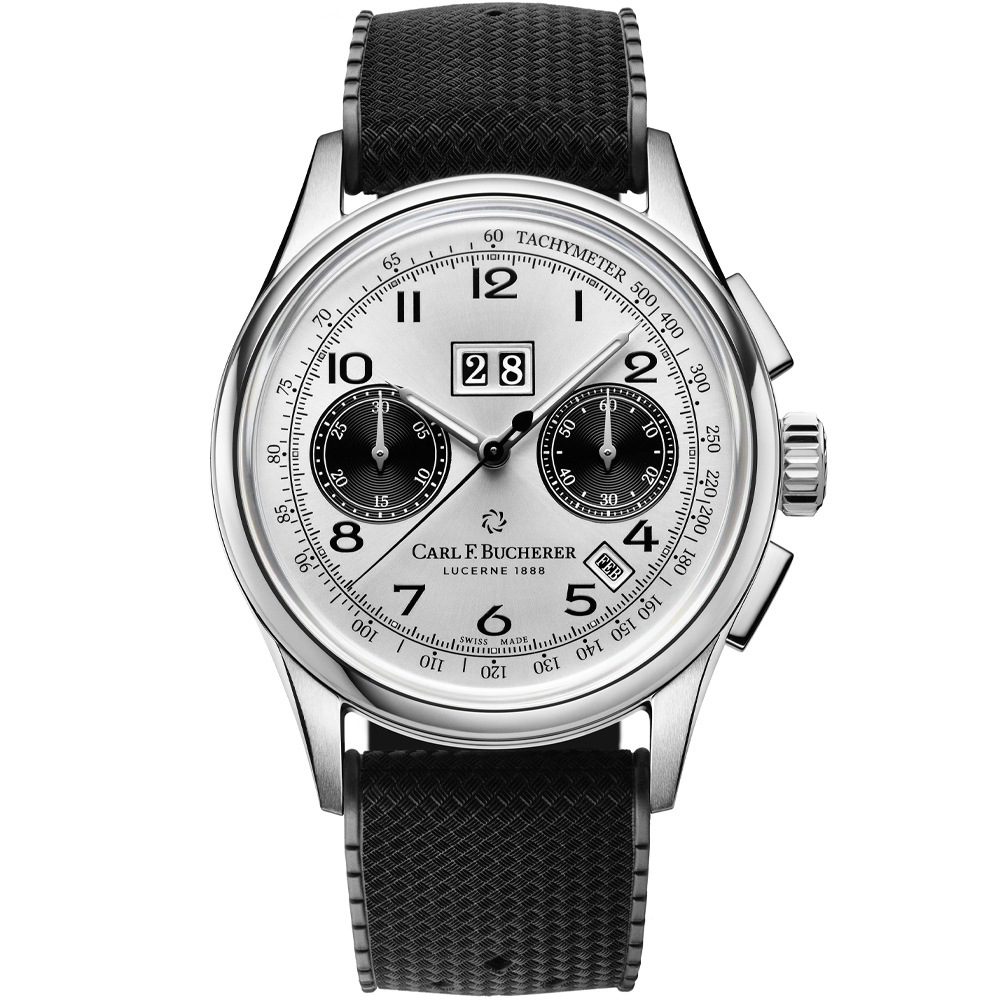 Back in 2019, the gold-dialled, non-calendar version of this watch was one of my favourites and is still the finest-looking, retro-slanted chrono in the entire Carl F. Bucherer range. But it wasn’t to everyone’s tastes, so firmly rooted as it was in vintage racing.

This year’s version not only updates the palette into a much more modern reverse panda look (high contrast silver subdials on black), but adds a date and month function to the mix. It’s especially striking on the textured rubber strap, though honestly I’d opt for plain black leather for a more streamlined look.

Either way, it’s a lot of watchmaking for, in typical Carl F. Bucherer fashion, a solid price. 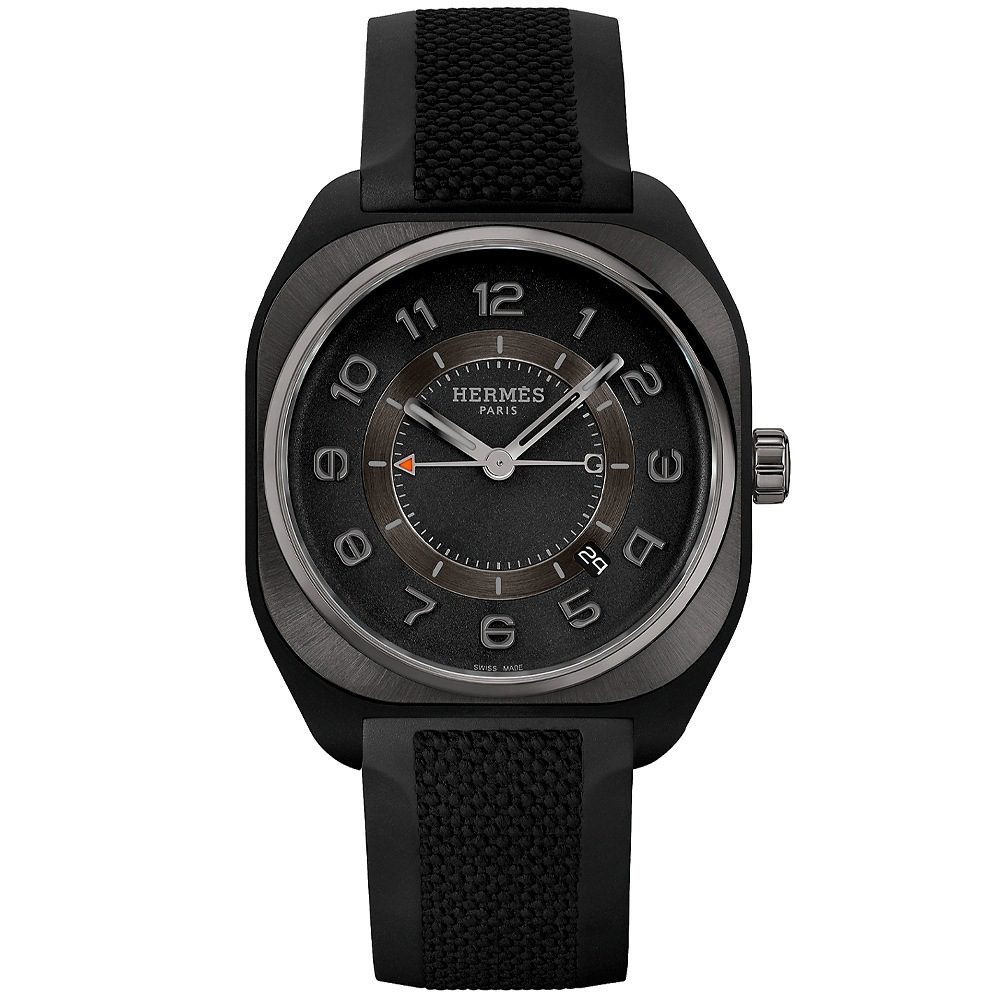 This one I had the chance to get hands-on with way, way back at the beginning of the year and even now it’s one of my favourite pieces of 2021. Essentially, the H08 is the Parisian luxury powerhouse’s entry into the sports luxe cannon, hitting out at pieces like the Bell & Ross BR05, complete with the rounded square case and sleek, monochromatic look.

All versions of the watch are lightweight, be it the titanium or ultra-light composite, meaning it feels a touch too light on the wrist for my taste. But the finer details are there, with subtle contrasts of finishing across both construction and dial and Hermes’ usual typographic flair for the numerals.