It’s a bit late to be thinking about a skiing trip right? Well, we don’t know if you’ve noticed, but getting hold of new cars is proving to be a little bit tricky at the moment. So if you’re after a new set of wheels in time for the next snow season you best get your order in now.

What makes a good car to take on your next winter escape? Well, pretty much anything can take you to the Alps and back, but it’s more about what you want to be seen in, and the following list of five practical, fast and flamboyant haulers will get you there and back with space and style to spare. You might know that James Bond’s company car scheme now extends to something with back doors and an SUV body, but the new DBX707 is the latest and greatest variant, swapping out the standard version’s poultry 542bhp (that was sarcasm) for a V8 engine with nearly 700.

While all that extra power might seem unnecessary, it actually goes even further, because the 707 has a range of chassis tweaks that makes it handle like one of Aston Martin’s iconic sports cars.

Not only that, the visual attitude is turned up too with a fresh set of (optional) 23-inch wheels, new bumpers and that huge front grille – we can’t think of another four-door that has so much presence on the road.

Even better, with all of Aston’s usual trademarks – like its sumptuous interior with Birkin-quality leather and an exhaust note that straddles the line between raucous and sophisticated – we can’t think of a better way to arrive in Courchevel. 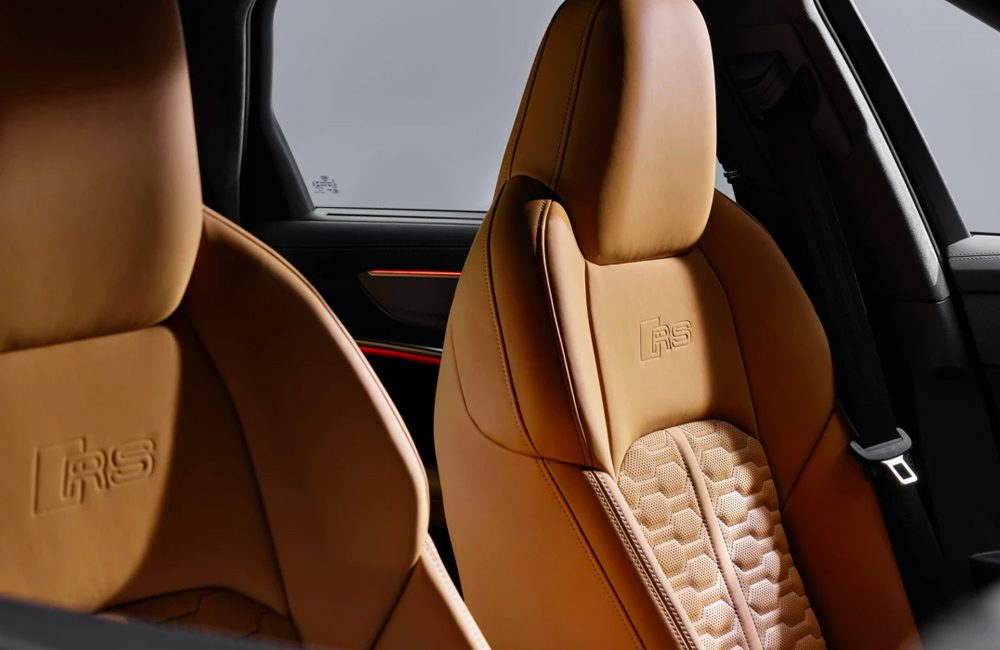 We may have featured the Audi RS6 once or twice before, but we challenge you to find a cooler estate car than this one. Audi’s perennial performance estate has never been better than its current form, with a storming 592bhp twin-turbo V8 engine and all-wheel drive making it the perfect companion for making progress across the continent.

In fact, the RS6’s real talent is matching all this power to sublime comfort and refinement as despite those huge 22-inch wheels, the RS6 rides like a limo (better in fact) and has superb on-road refinement. Add in bulletproof reliability and the ability to wake up and drive like a supercar when you press the right buttons and there’s a reason the RS6 is known as the millionaires daily. If you’ve seen the latest Bond film, you’ll have to ignore the part where five brand new Land Rover Defenders aren’t able to apprehend 007 in a 25-year-old Toyota Land Cruiser. That’s because that sequence does a disservice for what might be one of the most broadly capable and coolest off-road vehicles on sale right now.

We already know lots about the new Defender – it’s a brilliant car, yes, but also very very desirable – yet not all are equal. This is where the V8 comes in. Putting to one side its substantial thirst, the Defender V8 differs from its lesser siblings by finally having the punch it and its black 22-inch wheels deserve. Add in a great soundtrack and a recently updated interior with a brand new infotainment system and there’s not much to dislike. As capable everyday cars go, the Porsche Panamera Sport Turismo Turbo S might just be the ultimate. This flagship estate is both huge in terms of specification and content, and is reassuringly expensive to boot.

Sharing most of its bits underneath with the Bentley Continental GT, the Panamera literally does everything incredibly well.

What it doesn’t share with the Continental is its specific engine, as while the Bentley’s standard V8 produces a meagre 542bhp, this simple estate lifts that by nearly 100bhp, to 631bhp. Not only that, it has all the performance additions – including all-wheel drive and carbon ceramic brakes – which make it the perfect alpine carver. While it might be easy to dismiss a Mercedes E-class estate as a bit too ‘airport minicab’ for a high-end list like this one, the AMG E63 S is a worthy addition on account of both its 603bhp V8 engine and the sheer amount of effort and engineering dialled in along the way.

Part of that comes from its clever all-wheel drive system, which makes the E63 S feel like a playful rear-wheel-drive car until you need some extra traction, and then away it goes.

Even better, thanks to its light update last year, the E63 S is now just as comfortable as any other E-class, and will fit more into its vast cargo space than anything else featured above.

It might feel a tad common, but in this case it’s no bad thing – the AMG E63 S really is something else entirely, and therefore only likely to get attention from the right people.