Is there anything more unsightly than a sunburnt scalp, flaking and peeling away, leaving crumbs of debris strewn across unsuspecting shoulders? It’s certainly up there on the list of things a style-conscious man should be keen to avoid, which is why a rotation of summer hats is such a key part of any well-stocked warm-weather wardrobe.

Not only will arming yourself with a stylish hat or two save your scalp from the sun, it’ll also provide a way to sign off summer looks with a flourish. A shirt and shorts is a shirt and shorts, but pop on a Panama hat and it gives the whole thing a sense of purpose.

There are plenty of types to choose from, each with its own strengths, weaknesses, and key brands. It can be a lot to digest, which is why we’ve taken it upon ourselves to break it down into simple terms.

Below you’ll find a selection of the most notable summer hat styles along with some handy points on each. You’ll also find a few of the key brands to look out for in each category. Of course, there are thousands more, but these are the only styles we feel a modern man should consider (you can forget your played-out trilbies and fedoras). So, from baseball caps to bucket hats, this is Ape’s complete guide to summer hats. 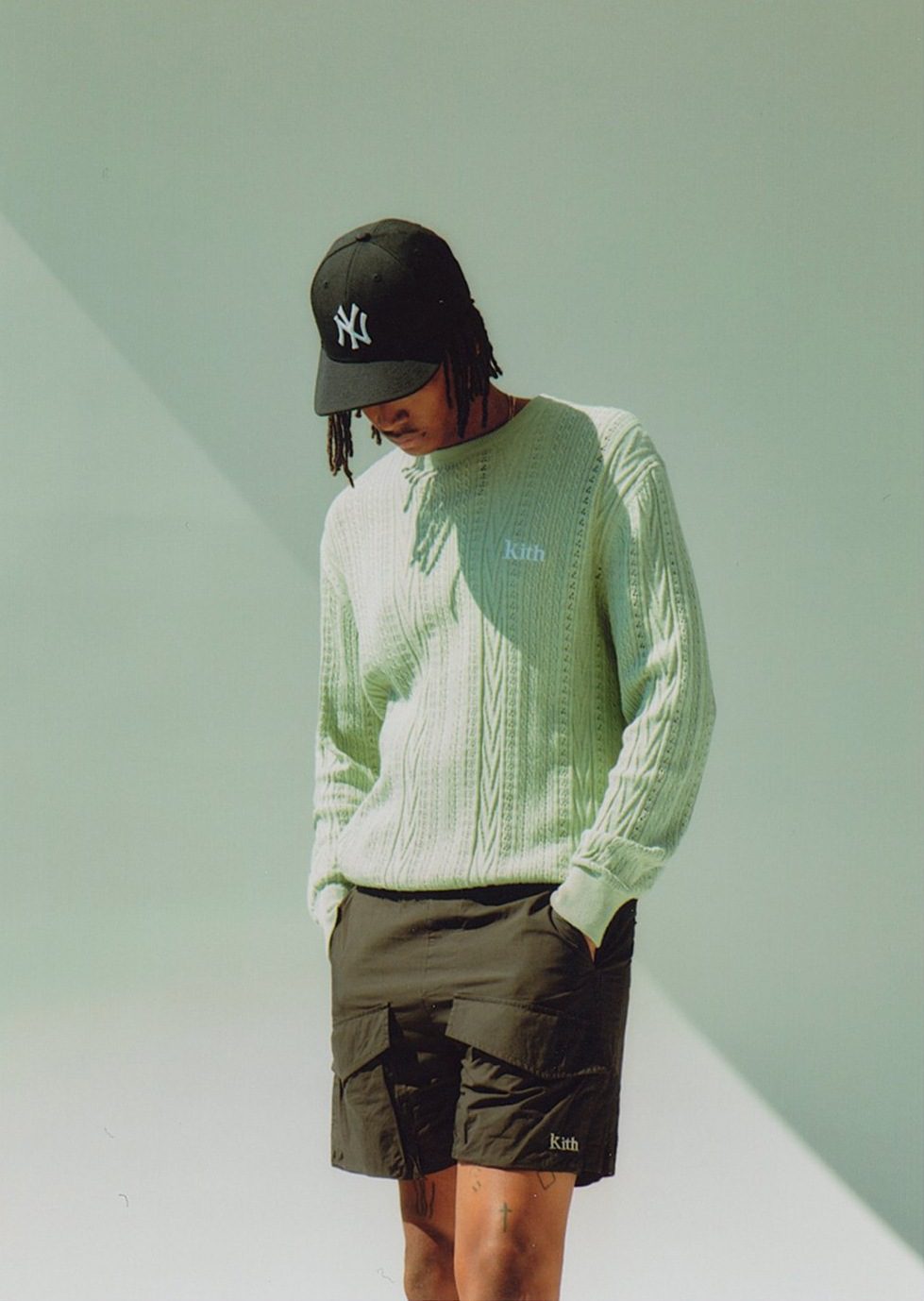 For an everyday summer hat, the humble baseball cap is hard to fault. It’s been shielding heads and eyes alike from the scorching summer sun for well over a century and is now firmly established as one of menswear’s key accessories.

As the name suggests, this style of headwear has its roots in sport and since the early 1900s, has gradually been making its way off the playing field and into our wardrobes. Today, it’s much more than a piece of sportswear. The general relaxing of dress codes across the board has ushered in an age in which smart clothing and sportswear are no longer mutually exclusive. As a result, baseball caps are now a lot more versatile and can legitimately be paired with anything from gym gear to smart-casual attire.

But there’s more than one type of baseball cap out there and the right one for you will depend on your personal taste. Below are a few of the key variations to consider.

The Unstructured Cap (aka ‘Dad Cap’): The simplest baseball cap style, it’s soft and unstructured, featuring a six-panel design and a fabric strip and buckle to the back for adjustment.

The Snapback: Another six-panel style with a plastic stud adjustment system to the back. The front two panels are often reinforced with nylon webbing to give the front of the cap some structure.

The Trucker Cap: Again, based around a classic six-panel design, a trucker cap features two foam panels to the front while the other six are made of mesh. They tend to have a large logo or some sort of printed design to the front.

The Five-Panel: A streetwear and skate-culture staple, the five-panel cap features a low-profile, five-panel design and nylon adjustment strap to the back.

The Fitted Cap: Popularised by New Era, a fitted baseball cap features no adjustment and must be bought in the correct size. It’s often structured in the front two panels and features a flat peak.

American brand New Era has been creating high-quality caps since the 1920s and has been the exclusive supplier of baseball caps for Major League Baseball since the 1990s. To call it the first word in baseball caps would be an understatement and there’s a sprawling selection of styles to cater to every taste.

Parisian label A.P.C.’s upscale baseball caps often use textured fabrics, like suede and corduroy, for a premium feel. The style has long been a seasonal staple for the brand, with clean, minimalist styling and low-key branding as standard.

Since the label emerged back in 2009, the cap has always been one of Norse Projects’ key pieces. In the early days, it a five-panel with a small woven brand label to the front that served as the flagship style, and today it’s the dad cap. The brand’s twill sports cap is one of the best unstructured options out there and is available in a range of appealing colours that alternate from season to season. The bucket hat is a quirky throwback piece, synonymous with the 1990s acid-house scene, Britpop, and beach culture. It’s an off-kilter alternative to a classic baseball cap and is great for bringing a touch of character to casual summer looks.

Design-wise, the clue is in the name. It looks like an upside-down bucket, with a 360-degree brim that goes all the way around the hat. This is great for protecting your face and neck from the sun.

‘Casual’ is key here. The bucket hat doesn’t mix well with smart outfits. It’s most at home with shorts and a tee or some beachwear and should never mingle with tailoring. Keep that in mind and you can’t go wrong.

As a streetwear originator and surf-culture stalwart, it shouldn’t come as much of a surprise to learn that Stussy is one of the key names when it comes to bucket hats. The Californian brand’s iconic script logo is a common sight on this particular type of headwear and if you head down to any surf hotspot around the world, you’re bound to spot one or two in the wild.

The bucket hat was an integral part of the look that came to define the late-1980s and early-1990s rave scene in the UK. Adidas’ Trefoil logo was a common sight at illegal sound-system parties and iconic clubs like the Hacienda and the label is still making similar versions to this day. If you’re going for that nineties throwback aesthetic, there is no other.

For those looking for a premium option, Prada’s bucket hats offer the perfect solution. Be prepared to pay good money, but they do come with some serious fashion clout and can add a high-end touch to all manner of summer looks. 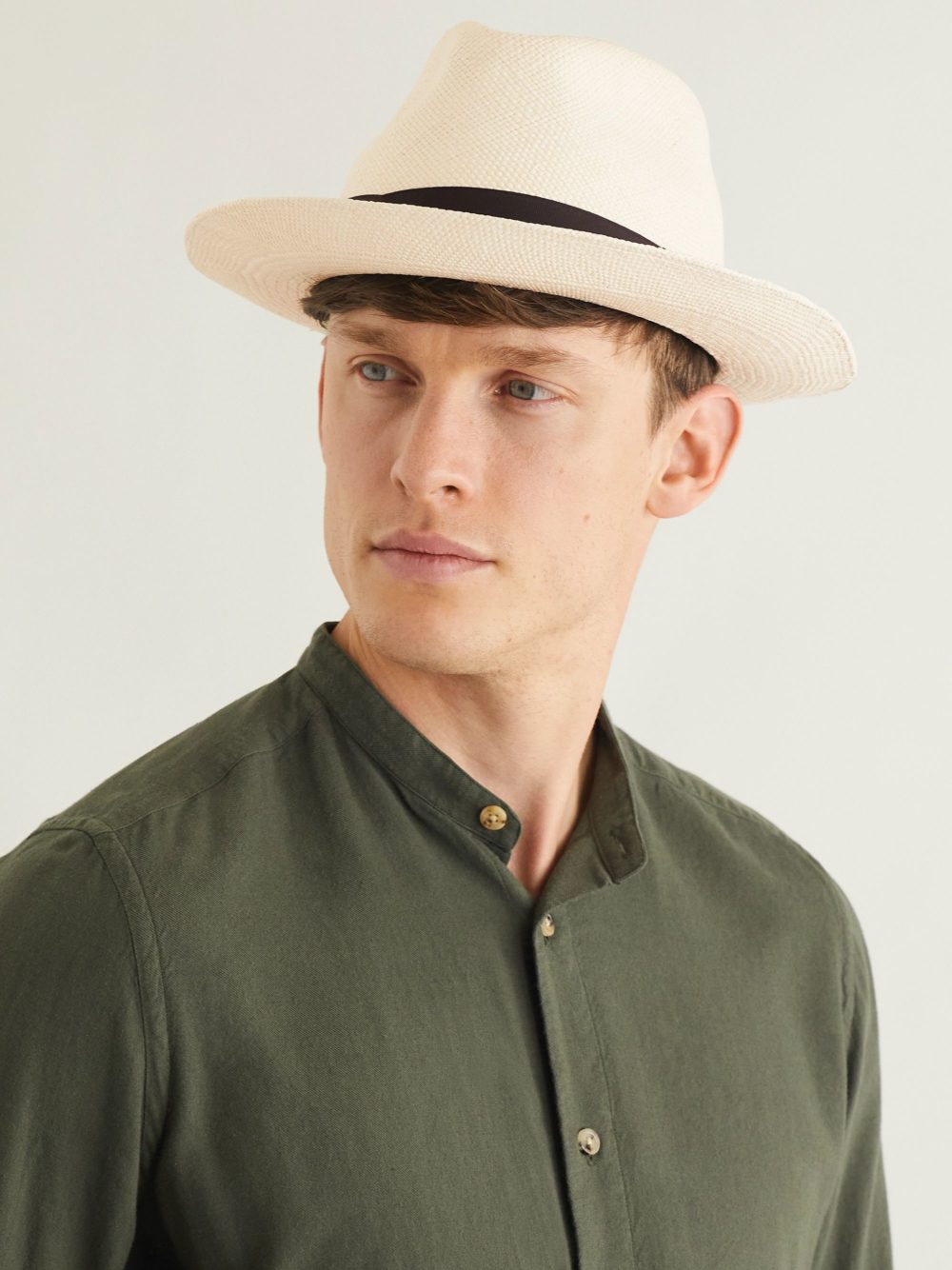 With its creamy toquilla straw and large brim, a Panama hat is a surefire way to inject some welcome eccentricity into summer looks, both smart and casual. It’s the perfect style of hat to team up with summer tailoring and bring some personality and flair to your next warm-weather formal event.

`This style originated in Ecuador, where hat weaving evolved as a cottage industry in the 1600s. The style surged in popularity when California Gold Rush prospectors passed through Panama, needing hats to shield them from the sun.

The hat itself is white or cream in colour, features a central dent on the crown which is pinched at the front, and usually has a band of contrasting fabric that runs around the outside. Brim width can vary a lot and different sizes suit different face shapes. For example, a large brim will suit a larger, rounder face, while a small brim will suit a smaller face. If in doubt, visit a proper hatter for a fit, as these things are well worth getting right.

As the oldest hat brand in Italy, Borsalino knows a thing or two about what goes into making a good piece of headwear. Since the mid-1800s, the label has been crafting exquisite traditional hats and is famous for its luxurious Panamas.

The name Stetson conjures up images of Old West saloons and rural cattle ranches, but there’s more to this historic American brand than just cowboy hats. Stetson makes a range of summer-friendly Panama hats with integrated UV protection and classic styling. There are plenty of design options to suit all tastes and face shapes and price points are reasonable for craftsmanship of this level.

When it comes to traditional hats, Christy’s is a name that should need no introduction. For almost 250 years, this iconic British brand has been crafting some of the finest hats in the world, ranging from classic bowlers to traditional top hats.

Panama hats are another of the label’s specialties. They’re an investment, but that’s because each one is woven by Ecuadorian handweavers over many days, before being shaped by Christy’s master craftsmen in the company’s Oxfordshire workshop.