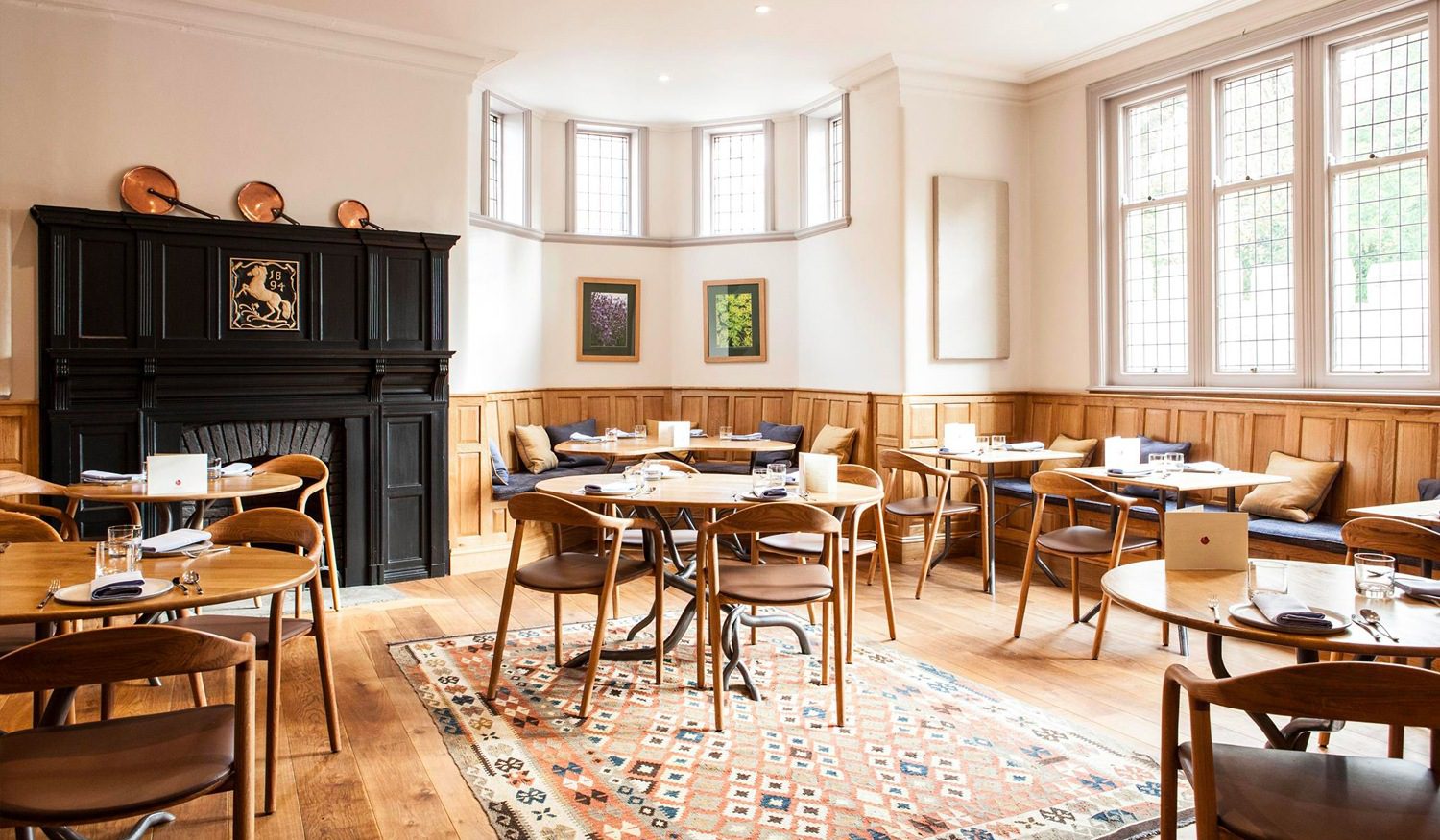 There’s no doubt that London is the culinary centre of the UK. People might grumble, but that’s just the way it is. The capital is spoilt for choice when it comes to restaurants, pop-ups, foodie hotspots and Michelin Stars. But we already know all of that. What gets less of a mention, aside from the odd food critic on tour, is the wealth of quality eateries outside of London.

This is by no means an exhaustive list, but instead a choice selection of Ape favourites from across the country. We’ve gone for a geographically varied list of exciting chefs, interesting menus and regional favourites. If you happen to find yourself outside the M25 perimeter, pay one of these a visit. 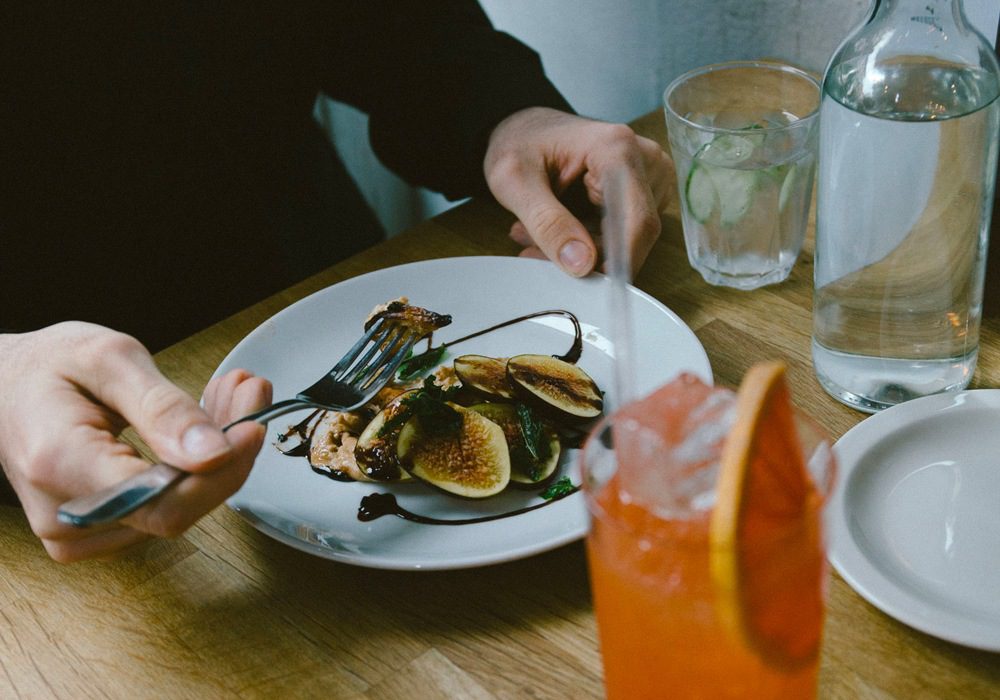 Over the last 20 years Liverpool has come on leaps and bounds as a foodie destination, mirroring the city’s wider development. Mowgli, Wreckfish, Duke St Market, Etsu and The Art School are all names worth checking out if you’re in town, but top of our recommendations list is always Maray.

Expect fresh ingredients, beautiful presentation and a tried-and-tested menu that won’t break the bank. Airy pastel surroundings make for a delightful dining experience in all three locations and staff are always welcoming and friendly. On the food front, think contemporary small plates with glimpses of European and Middle Eastern influence. Consider scallops, buttermilk fried chicken and always choose the cauliflower. 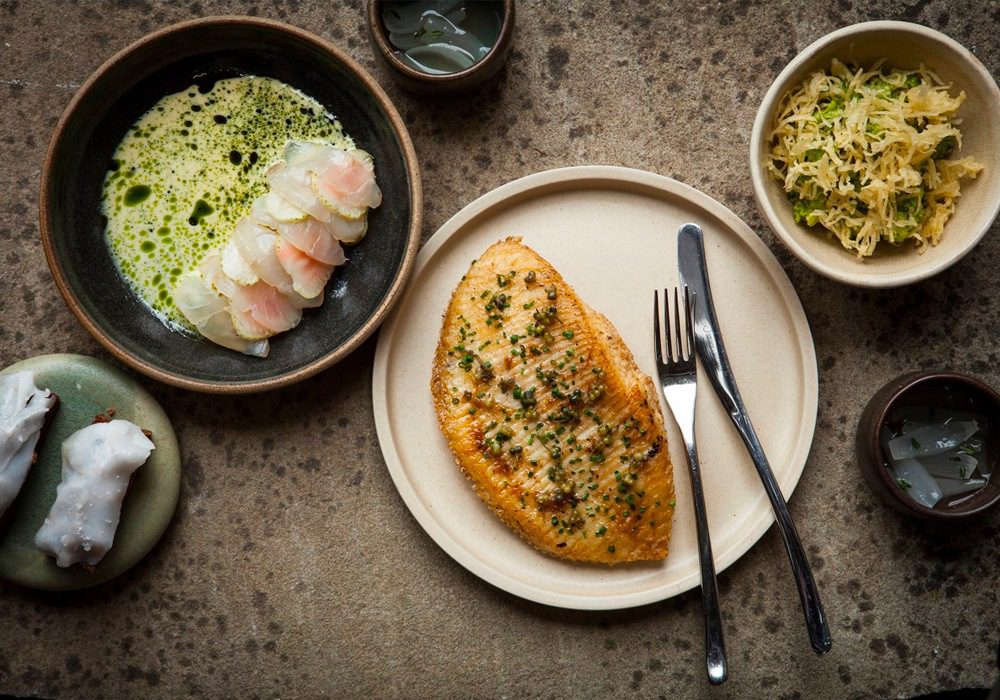 Tommy Banks, what a guy. Lovely, charming, a Michelin-starred wunderkind and now head chef of two delightful Yorkshire-based restaurants. Roots (featured image, top), his second, follows on from the success of the internationally-acclaimed Black Swan at Oldstead, where he was awarded a Michelin star at a young age. Although modest Tommy would play them down, the Noma comparisons are justified.

Continuing the Banks family passion for fresh ingredients, technique, foraging and a pragmatic seasonal approach that doesn’t lack flair, Roots offers the unique and impressive heights of a tasting menu again and again with a tapas-style selection. Concentrating on three seasonal menus, summer (“the time of abundance”) sees highlights including raw deer with beetroot and shallot, trout and apple, and sourdough profiterole with a walnut crumble. 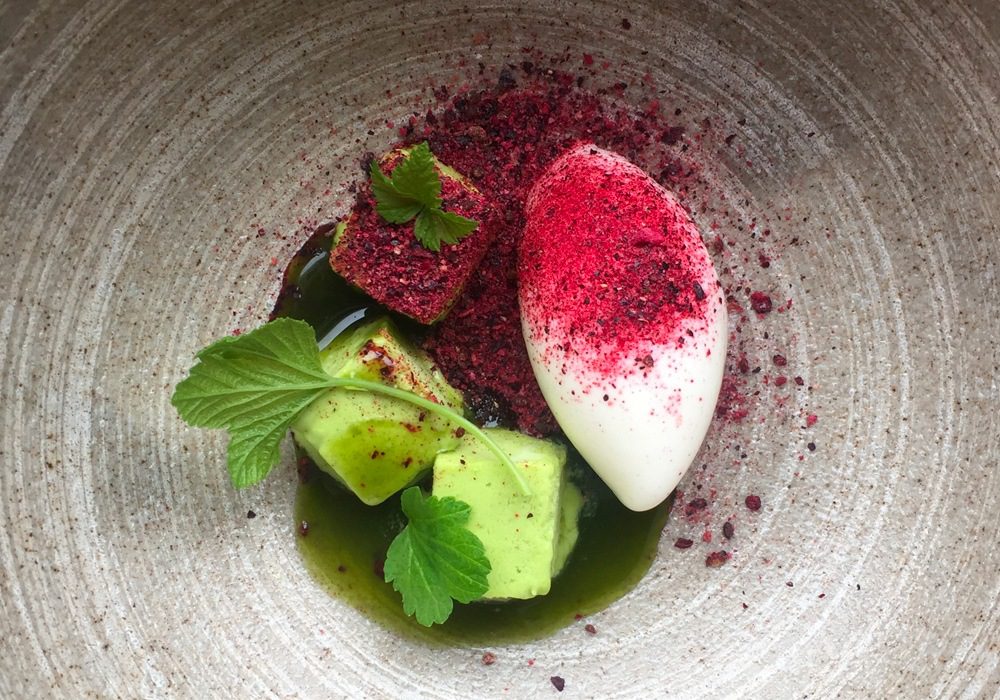 Sheffield is not necessarily the city that automatically springs to mind when you think “foodie”, but anyone turning their nose up at the city of steel needs to get with the programme. Of late, a wealth of exciting new restaurants and bars have sprung up – and one of the most exciting is Jöro. Housed in repurposed shipping containers, Jöro brings new Nordic cuisine to the old industrial heart of Yorkshire.

It does this via small plates and tasting menus combined with masterful drinks pairings and enough adventure to test your palette without overstepping into pretentious territory. Staff come with encyclopaedic knowledge and the atmosphere is on point. The list of small plates is vast, but you’re guaranteed to try something that leaves you yearning for seconds. 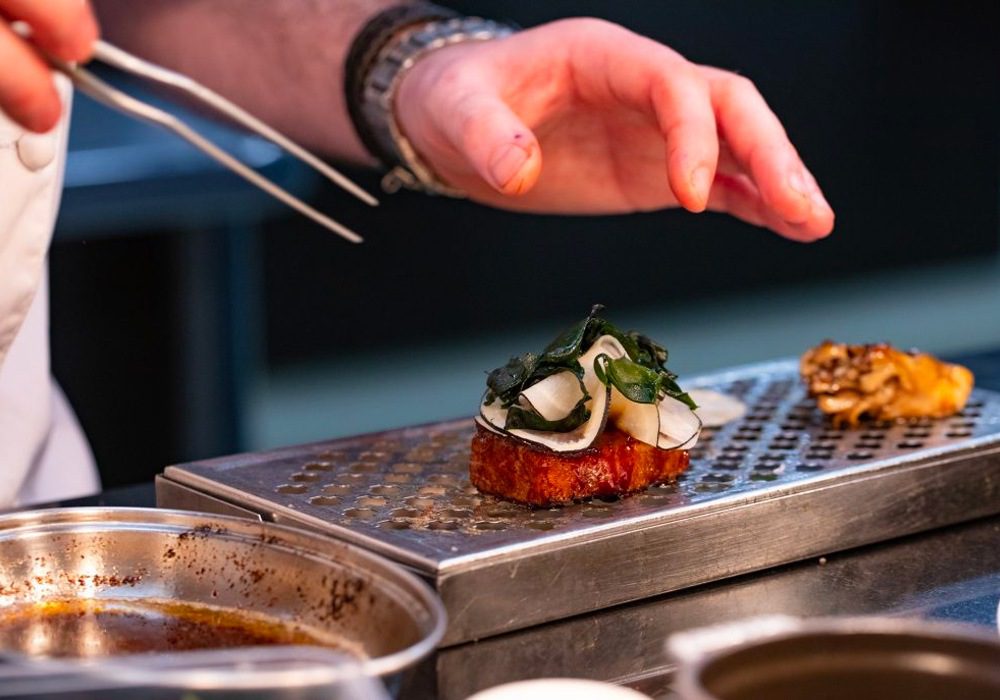 The annual Tripadvisor Traveler’s Choice Awards for restaurants has spoken and it has named Adam’s in Birmingham the second best restaurant in the UK, eleventh in the world. Regardless of your views on Tripadvisor, that’s some going, especially for a restaurant outside of the capital. Adam Stokes has always been highly regarded in the Brummy food scene and it’s welcome praise for a bloke consistently pinning the midlands city on the Michelin map.

The restaurant in question is one that makes a culinary bang, thanks to its consistently world-class food set against a dramatic interior, with Adam himself known to pop in and out of the kitchen. Never settling, the menu at Adam’s is forward thinking and varied, doing delightful things to pigeon, Orkney scallop and Atlantic cod. It always feels like the excitement surrounding Adam’s is only just beginning. 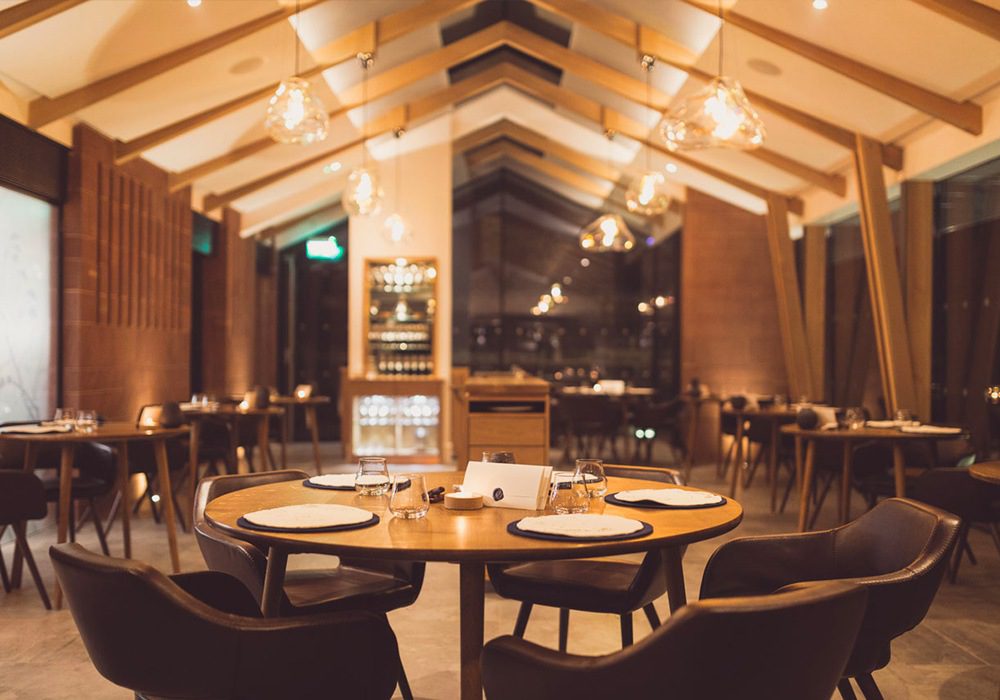 Another lovely chap putting a lesser-known part of the world on the map. Mark Birchall – formerly head chef at the renowned L’enclume – now plies his trade in the Grade II-listed Moor Hall in the picturesque surroundings of Lancashire and his skills have been handsomely rewarded with two Michelin stars.

In truly delightful country house surrounds, an impressive wine selection can be ordered by the glass to complement either five or eight courses. The kitchen takes charcuterie extremely seriously, curing and prepping onsite, while the food looks and tastes incredible. The Telegraph wasn’t lying when they referred to Moor Hall as “a temple of gastronomy”. 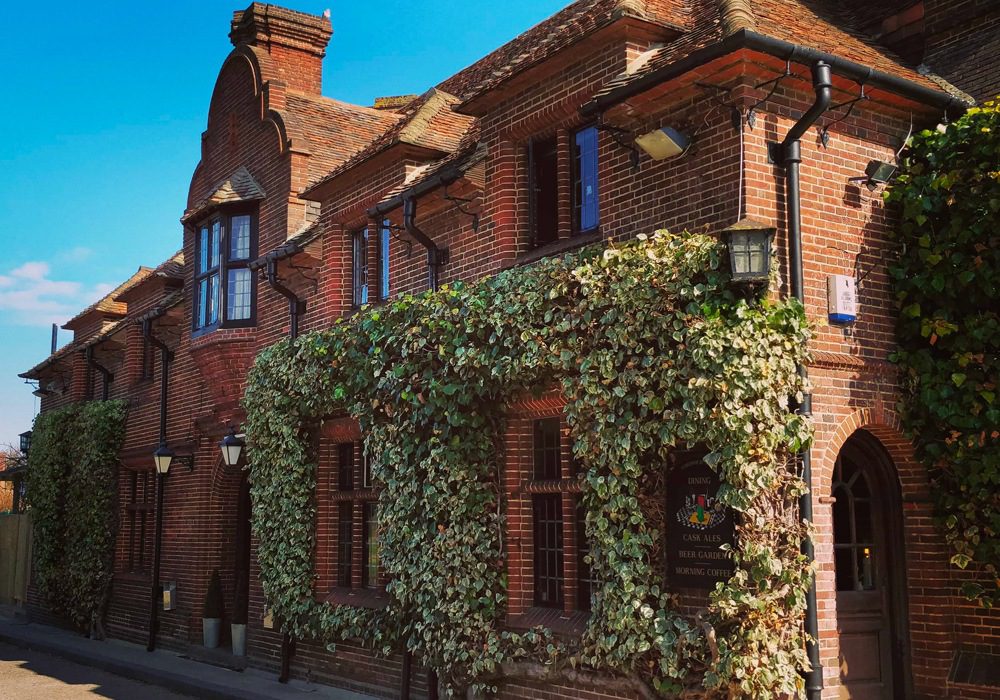 Why would you find yourself in Fordwich? Good question. You might be into your angling, in search of some of the biggest trophy trout in the UK; you might want to experience life in the smallest town in the UK (population: 381, according to the 2011 census); or chances are, you’re there for a pub that in true Sportsman (Stephen Harris, Seasalter) and Black Swan (previously mentioned Tommy Banks) style, has catapulted a small part of the world into the national foodie spotlight.

Applewood-grilled Scottish langoustine, Gloucestershire old spot pork jowl and milk chocolate & hazelnut crémeux are just a few gems that await full tasting menu participants – from that you can only imagine how mind-blowing Sunday lunch must be. Free homemade fudge on the way out too. 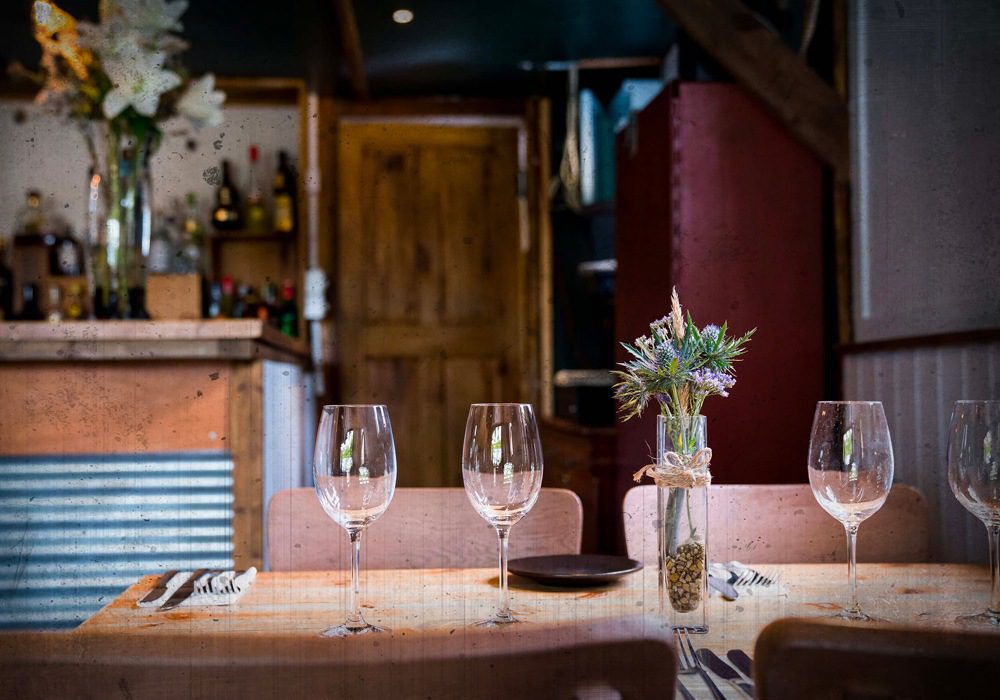 As fellow scousers might say, Ellis Barrie’s The Marram Grass – sat on, of all places, a caravan site in the Welsh countryside – is “boss”. Locally-grown, sourced and raised ingredients, warm and friendly Liverpudlian hospitality on tour and a menu that frankly blows away any concerns about the location and form of accommodation outside.

The food doesn’t disappoint. Impossibly fresh and chubby Menai mussels from the closest waters or 90-day aged Dexter beef can regularly be found on changing seasonal and devoutly local menus. The Barrie brothers are constantly beating the drum for produce within an hour’s drive and The Marram Grass always does them justice. Keep an eye on Liverpool’s Albert Dock for future ventures.

Where The Light Gets In, Stockport 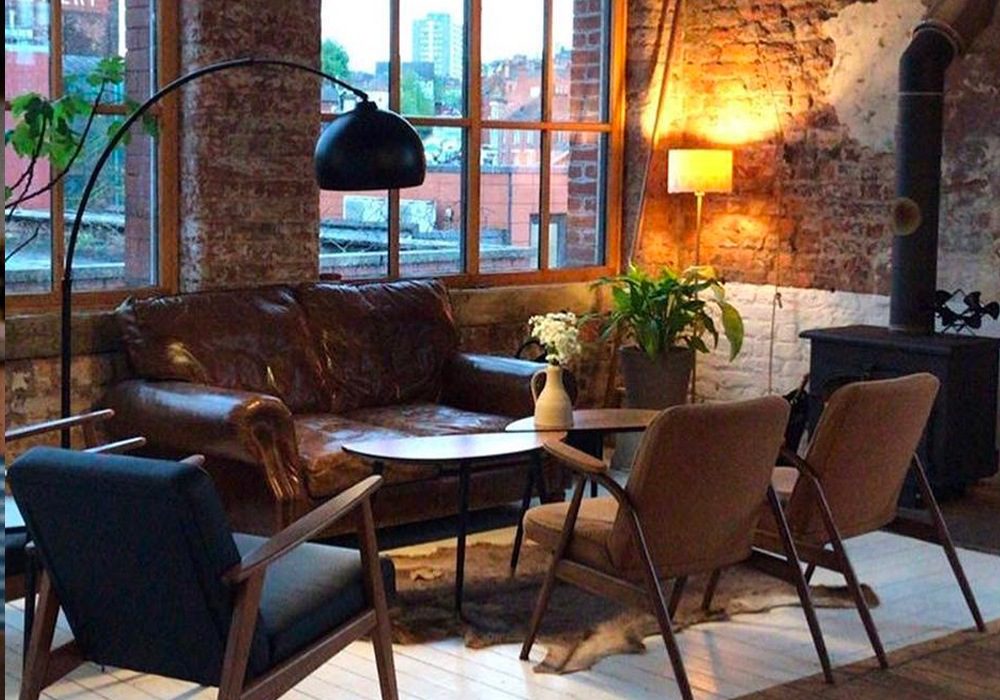 Again, the joys of unconventional food destinations. Stockport’s obviously not as niche as Fordwich, but there’s plenty of places in the Greater Manchester area that attract more attention. Nestled among unglamorous cobbled streets, Where The Light Gets In is a world away from the international foodie centres that it could effortlessly fit into. (Don’t be surprised if one night Denmark sends over a few Chinooks and tries to airlift it to Copenhagen.)

At Where The Light Gets In you’re paying to turn up, get what you’re given and let chef and owner Sam Buckley do euphoric things to your taste buds. That’s it. He’s going to challenge them, seduce them, sweeten them up and blow them away with stuff he’s fermented, foraged, dipped, smoked, salt-baked and whatever else. Believe the hype and know that a trip to Stockport means no regrets. 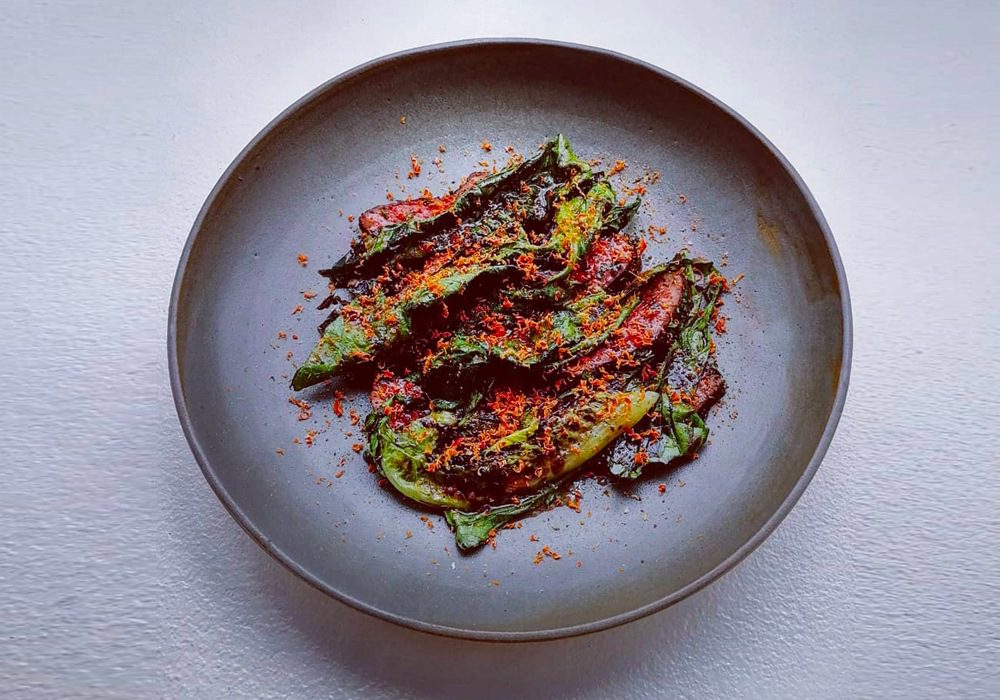 In Edinburgh you’re spoilt – there’s L’Escargot Bleu with its traditional French treatment of fine Scottish ingredients; The Little Chartroom for a similar theme in cosier surroundings; and Timberyard’s reservation-magnet, Nordic fare. All are wonderful and only the tip of the iceberg when it comes to magnificent food in atmospheric surroundings. Our pick above the others? Fhior.

Helmed by Scott Smith – formerly of Norn – and opened in 2018, Fhior is all about produce, comfortable dining and a nod to sustainability. Sea trout and pigeon are regular options for dinner and all are expertly paired with an exciting list of wines. Staff are more than willing to explain each dish and bottle at the table and are a cherry on Fhior’s faultless cake.