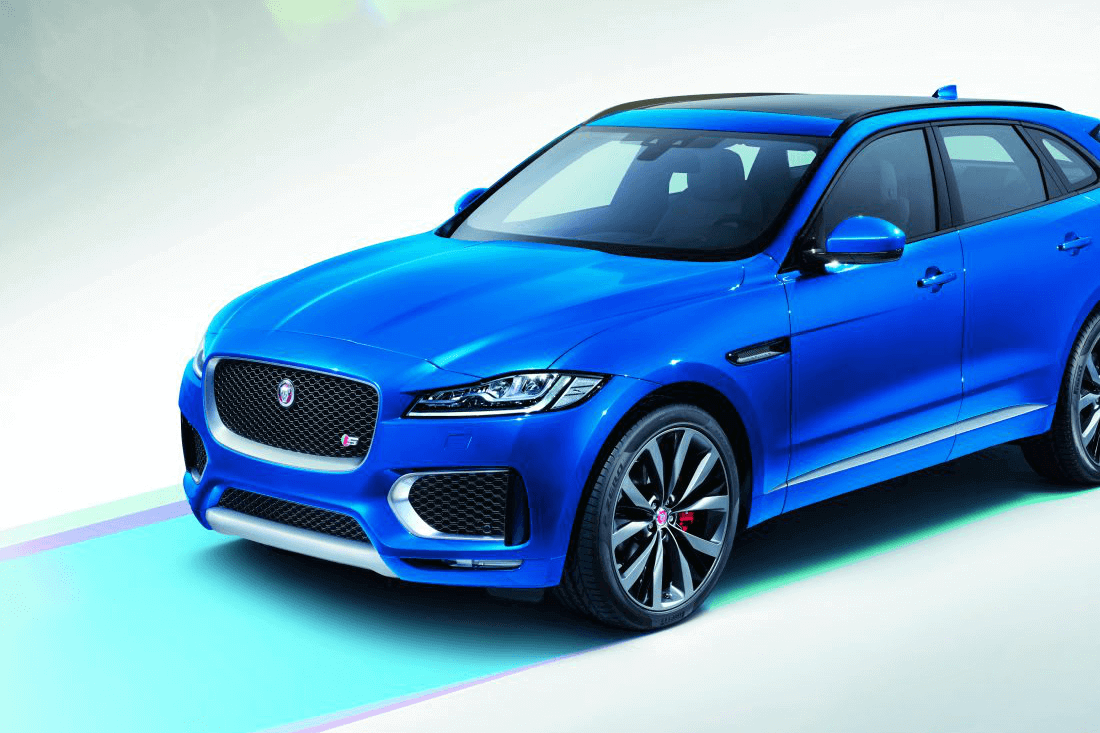 The all-new Jaguar F-PACE was revealed to the world on the eve of the Frankfurt Motor Show. F-PACE showcased its dynamic performance credentials by completing the world’s largest 360 degree loop and – in celebration of Jaguar’s 80th anniversary- lit up the city’s skyline with its dramatic C-X17 inspired silhouette.

A performance crossover designed and engineered to offer the agility, responsiveness and refinement that all Jaguars are renowned for.

Developed using Jaguar’s Lightweight Aluminium Architecture, the all-new F-PACE combines purity of line, surface and proportion with features such as the powerful rear haunches, fender vents and distinctive tail light graphics.Jaguar F-Pace comes with so many incredibly innovative features, it almost becomes impossible to list them all. Here are a few of our favourites: