Alice Walsh is a product designer more used to thinking about heavy industrial processes – which makes it all the stranger that she started making high spec, high tech, Bauhausian cufflinks. Why so? Because, she says, she appreciated that they did something – they had to work. That, she reckoned, lies at the root of many men’s antipathy to jewellery like necklaces and bracelets. It’s purely decorative. And for many men, says the designer behind the jewellery brand Alice Made This, that is not reason enough.

But recent decades have seen the tide slowly turn, not least thanks to the work of independent designers like Walsh, Slim Barrett, Stephen Webster, Stephen Einhorn and Robert Tateossian, to name just a few. If jewellery on men was considered suspect – too brash, too ‘feminine’, even too macho, in that 70s Medallion Man way – then cleaner, simpler, more graphic pieces allowed us to reach beyond just wearing a watch (long the only acceptable face of men’s jewellery).

Indeed, it’s perhaps the explosion of interest in watches over the last 30 years – and, following that, a growth market for sunglasses and spectacles, for small leather goods and scarves – that we’ve started to see jewellery as part of, rather than as somehow separate to, our ever finer appreciation for accessories. 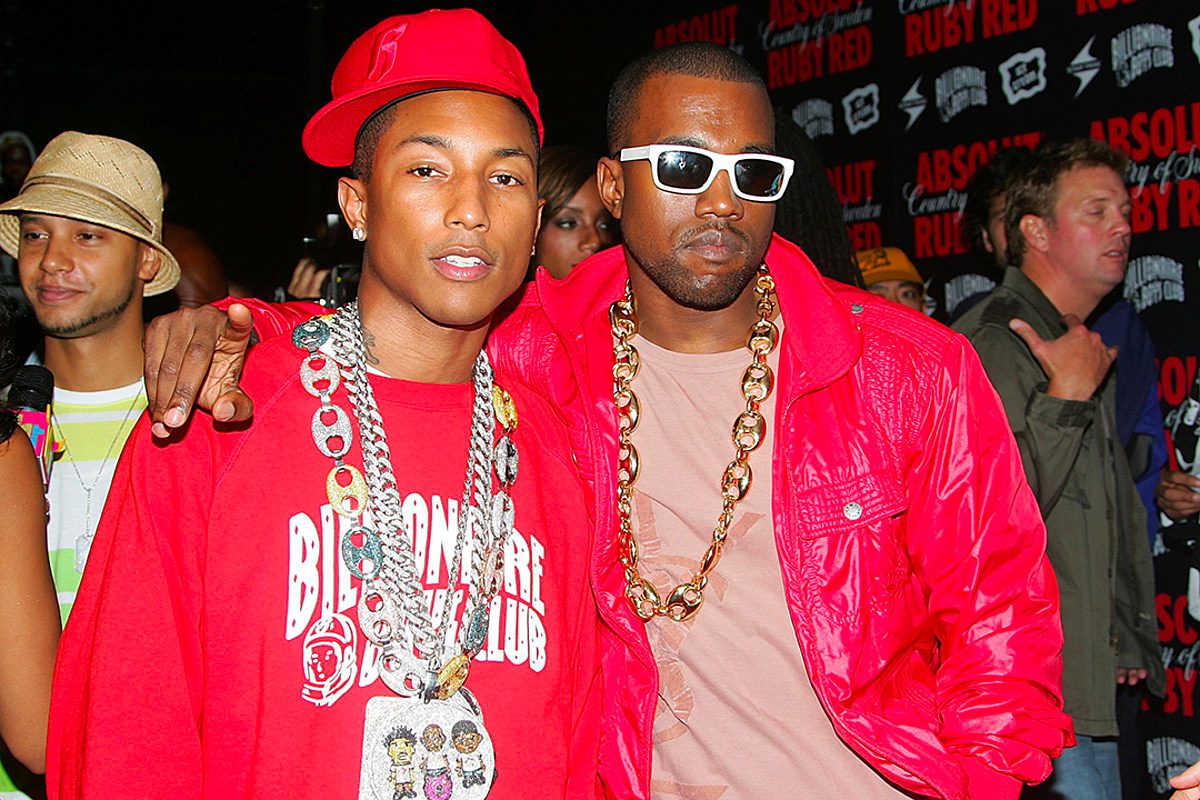 Hip hop has a long-standing relationship with jewellery

Men in jewellery have, in recent times at least, typically been part of outsider cultures – too closely associated with them, some might say. Tribal groups, from Saharan Africa to Hell’s Angels to goths and rocker subcultures, have always been adorned in heavy metal, with, over more recent decades, black American street culture seeing the wearing of personal diamond mines as symbolic of their power in the face of oppression but also weapons in an adolescent battle of one-upmanship.

Yet it’s notable that those pieces of men’s jewellery that survived in the mainstream all have a function, as if this gives them an acceptability lacking in the merely decorative: the wedding ring and US fraternity ring, both expressing loyalty; the signet ring, created as a means of stamping one’s seal into wax; the watch chain, tie-pin and cufflink; the ID bracelet. Indeed, in The Gentleman’s Book of Etiquette and Manual of Politeness, published in 1860, early style scribe Cecil Hartley stressed that men should wear only jewellery with a function.

And that’s strange, given that it’s the very elemental, deeply psychological appeal of jewellery – precisely that it’s much more often functionless, except as a means of display – that has meant that, in fact, jewellery has been worn by high status men for many tens of millennia. That’s true of the very earliest pieces, made of sea shells or animal teeth, through to the first uses of copper, silver and gold 6000 years ago – expressive, of course, of the then cutting-edge technologies that made the smelting of such metals possible.

A Short History Of Nearly Every Bling By the time of the ancient Egyptians, men of status started to use jewellery in the way that still works for those for whom flashing the cash isn’t an embarrassment: by wearing it bigger than everyone else. The Roman period saw a vogue to wearing stones that required importation over vast distances – in a world long before global supply chains and next day delivery, the subtext is clear.

Fast forward to the 16th century and Hans Holbein’s portrait of Henry VIII looks positively blingy. Sir Walter Raleigh – a battle-hardened sailor, no less – and later Charles I both favoured a single drop pearl earring. Even deckhands would favour a gold hoop earring. It would cover the cost of their burial if they suffered an untimely death. 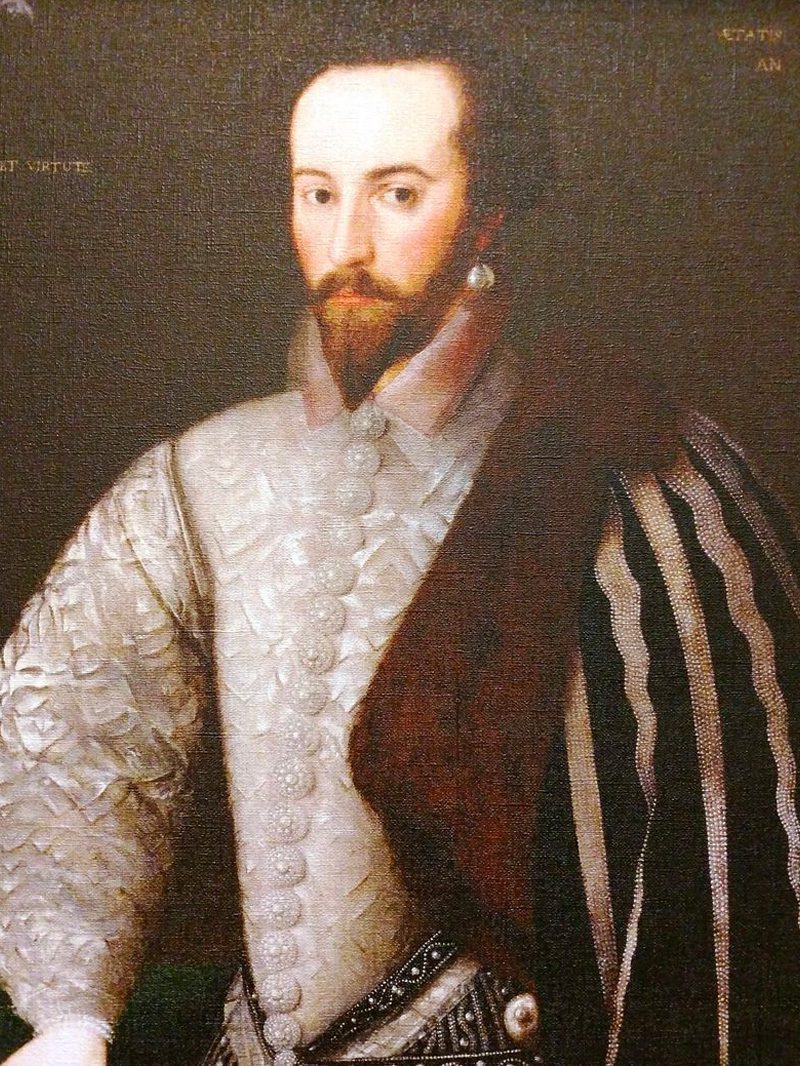 But it wasn’t just about status display. Jewellery worn by men in ancient times – perhaps only the laurel and the ankle bracelet would still be considered too feminine today – also had a ‘function’ of sorts, in being talismanic. Certain gemstones were believed to ward off evil spirits or protect then wearer in battle, much as a piece of jewellery today may be treasured for its good luck or simply sentimental value; one handed down through a family, or set to be handed down, or symbolic of a special relationship.

Small wonder that by the late 18th century jewellers of international renown – Cartier, Tiffany, Bulgari and the like – started to imbue pieces for men with the same level of craft that until then had been reserved for women’s jewellery. They recognised that the market was there. Alice Made This Bardo necklace Quite why much of the 20th century has struggled with men in jewellery is up for debate: industrialisation’s underscoring of different gender roles; two world wars and multiple recessions; the lack of a specialist media ready to explain it to men, maybe. But, clearly, the market is now alive once again, ably assisted in its steady growth by celebrity endorsement. Few things will reassure a man that it’s OK to wear jewellery than seeing pop cultural benchmarks of masculinity the likes of Brad Pitt or David Beckham in a dinky bracelet.

As with Alice Walsh’s more industrial aesthetic, designers too are helping to give jewellery a more conventionally masculine edge, not least by using those materials more at home in advanced engineering than trinkets – stainless steel, Japanese steel, carbon fibre, aluminium, titanium, fibre optics, woven leather and nylon. It helps that many of these are familiar through their use in watch design. Or maybe you’ll respond to the twinkle of an unusual gemstone, the likes of pyrite or goethite. You can even have jewellery made from bits of vintage Ferraris, which makes for a good talking point. It could hardly be more manly.

Next: read our guide to the best modern men’s jewellery brands. Wax On: The Best Waxed Jackets Brands For Men The Biggest Men’s Sunglasses Trends For 2022