It’s all well and good talking about ‘timeless style’, but the truth is that we have to let trends into our lives to some degree. After all, if we didn’t embrace the changing of the menswear tides we’d all still be walking around in loincloths with animal pelts draped over our shoulders.

The same is true of shoe trends. Admittedly, the footwear landscape shifts at a glacial pace compared to the constant chopping and changing of men’s clothing, but every year there is a handful of emerging movements it’s worth acquainting oneself with.

The difficult part is knowing which trends have staying power and which ones will be nothing more than a flash in the footwear pan. To help you make the call, we’ve rounded up what we feel are set to be the biggest men’s shoe trends this year, along with some key info and styling advice.

From functional fashion to retro revivals, these are the men’s shoe trends to watch over the course of the coming year.

They’re rugged, they’re chunky, they look great and they’re a hell of a lot more practical than a traditional leather or crepe sole. If you couldn’t already guess, we’re big fans of the commando sole, so you can imagine our excitement at seeing it crop up with increasing regularity on some of our favourite footwear silhouettes.

From Chelsea boots to loafers, commando soles have marched off the battlefield and infiltrated civilian wardrobes, breathing new life into classic styles and lending elegant shapes some much-needed masculine energy. In recent years we’ve even seen shoes like the Clark’s Desert Boot get the commando treatment, which proves this trend is here for the long run.

We love the way a commando sole can dress down even the most formal of styles. Why not pair some commando-sole derby shoes with a suit and turtleneck sweater to give a classic tailored look a contemporary edge?

With earth’s inhabitants spending more time than ever before in their homes, a new breed of footwear has been gaining traction. Sitting somewhere between a slipper, a sneaker and a sandal, the so-called house shoe is any type of slip-on shoe that facilitates day-to-day pottering at home. The rise of WFH has seen styles like the Birkenstock Boston, The North Face’s Nuptse Mule and the Reebok Beatnik explode in popularity, thanks in no small part to their comfort and practicality.

House shoes tie into an overarching trend for function over fashion, which is something that can be seen in menswear’s ongoing obsession with practical, outdoorsy gear and the overall loosening up of silhouettes across the board. As such, they should be styled with comfort in mind. Think joggers, drawstring pants, slouchy knitwear, fleece jackets and thick, cosy socks.

Walk into any fashion event over the course of the last two years while keeping your gaze locked at shoe level and you might as well be entering a feed station at a 100-mile ultramarathon. Hiking boots, trail runners and approach shoes were everywhere, and as we move into the new year, the trend towards functional footwear looks set to expand further still.

Brands like Salomon, On Running and Hoka One One are still making waves, but we’re also seeing a resurgence of ultra-practical foam styles like Crocs (no, really), as well as newer models like Merrell’s Hydro Moc.

What they all have in common is that they put function before fashion. So again, to nail the styling, think casual, loose-fitting and laid back. Outdoorsy pieces like cargo pants, technical jackets and fleeces will work well with the more mountain-friendly functional footwear styles, but just be careful not to overdo it.

A brown suede derby shoe will never go out of style, nor will a simple white leather sneaker. That said, bolder colours are starting to filter through, which is by no means a bad thing.

What this means for you is another way to add some flair to your outfits. A pop of colour from the right pair of shoes or sneakers can really make a look sing, just as long as it’s executed well and with restraint.

Bright colours are great but they demand attention, and if there are too many of them within a single outfit, it can feel loud and crowded. To nail it, make sure to keep everything else relatively toned down and subtle. If you want to tie things together by having another garment in a similar shade to the shoes, that’s fine. Just make sure there aren’t 10 day-glo colours all fighting for attention.

The style of shoe, material and setting is important here too. Hot pink patent-leather Oxford wingtips at your next black tie function? Not so much. For this trend, suede works best, and the bold shades should only be called upon for smart casual and cocktail dress codes. Loafers, derbies and chukka boots all work particularly well.

High fashion has been poking the bloated corpse of 2000s skate shoes with a stick for a while now, but could this be the year it actually splutters back to life? We hope not, but with everyone from Louis Vuitton to Lanvin releasing their own oversized skate silhouettes, it really looks as though they might finally be stomping their way back to relevance… for better or worse.

As for how to style it, our best advice would be don’t. While it’s interesting to watch for those who witnessed it the first time around, this puffy skate shoe revival bears all the trappings of a fad. Those who dare to dabble will probably be trying to expunge any evidence of it from their social media accounts a couple of years down the line.

One way you can embrace the trend without, well, embracing the trend is to invest in some so-called ‘dad shoes’. Bulky suede sneakers like the New Balance 990 line offer a certain degree of puffiness but go about it in more of a grown-up sort of way. Team them up with relaxed stonewash denim, a hoodie or sweatshirt and casual outerwear.

Return Of The Max

The Air Max 1 is not just a fantastic sneaker but an iconic piece of design history. Created by the legendary Tinker Hatfield, it was the first Nike shoe to feature a visible ‘Air’ cushioning unit in the sole.

Last year saw some big Air Max 1 collabs (including the fantastic ‘Waves’ hookup with Amsterdam streetwear label Patta) which is always a sure sign that The Swoosh is gearing up for a full-scale revival.

It’s a classic sneaker and we can’t wait to see more of it over the course of the year, with several limited models, high-profile collabs and new colourways slated for release.

Being a retro runner, the Air Max 1 is ideal for the summer months. We’d recommend wearing it with shorts, white sports socks and a camp-collar shirt.

Why limit the patterns to your clothing? This year, we challenge you to invest in a pair of jazzy patterned shoes to spice up your footwear rotation.

There’s plenty to choose from too. Whether you go for something bold and striking like a pair of Celine’s checkered derbies or something a bit subtler like the watercolour camo Wallabees and Desert Boots Clark’s has been putting out of late, a bit of pattern is a sure fire way to elevate your outfits this year.

When it comes to styling, we’d offer you the same advice we gave for bold colours: keep the rest of your outfit relatively pared back. Clashing patterns is never a good look so try and keep it to one statement piece per outfit. 10 Luxury Accessories That Are Worth The Money 5 Types Of Boots Every Man Should Own For Winter 2022 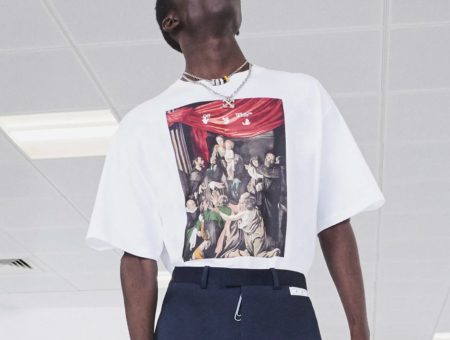