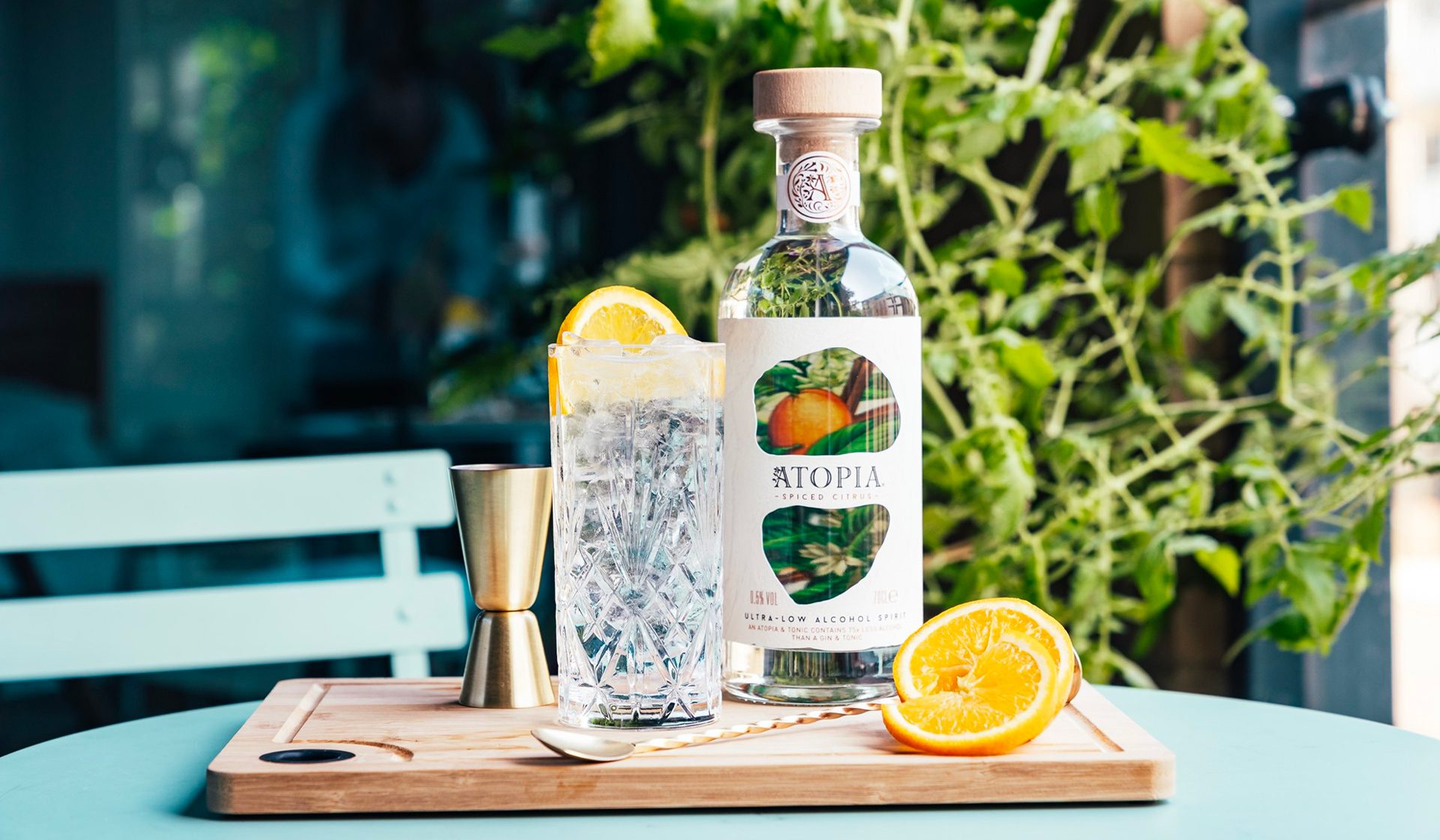 January has always been the traditional time to cut down or take a break from alcohol after the festive boozy excesses. However, a recent industry survey* shows that one third of UK consumers choose a no- or low-alcohol ‘spirits’ drink on a regular or semi-regular basis throughout the year.

The no/low trend is no longer simply something for Dry January or Sober October and grew rapidly during the Covid pandemic. An ever-increasing selection of sophisticated products with depth of flavour and zero hangover is fuelling this lifestyle choice by drinkers. So, switch your cocktail for a mocktail as we look at some of the best available. 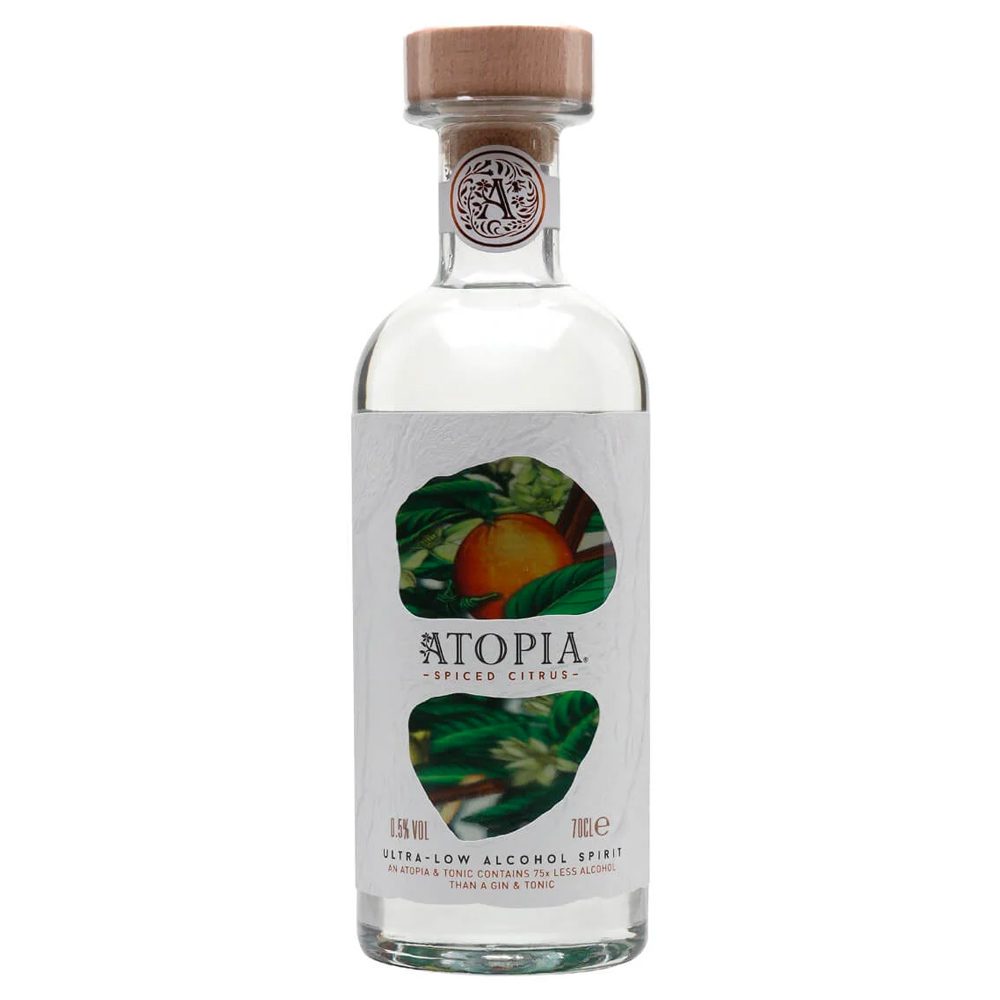 This new offering from Scotch whisky producers William Grant & Sons is classified as ultra-low alcohol. Coming in at 0.5% ABV, Atopia combines natural distillates with a complex set of botanical extracts. At that strength your Atopia G&T contains 75 times less alcohol than when made with regular gin.

Two expressions are on offer depending on your mood: the Spiced Citrus with notes of orange, juniper, coriander and lemon, and the Wild Blossom that shows apple, lavender and herbs plus Applewood smoke. Delicious. 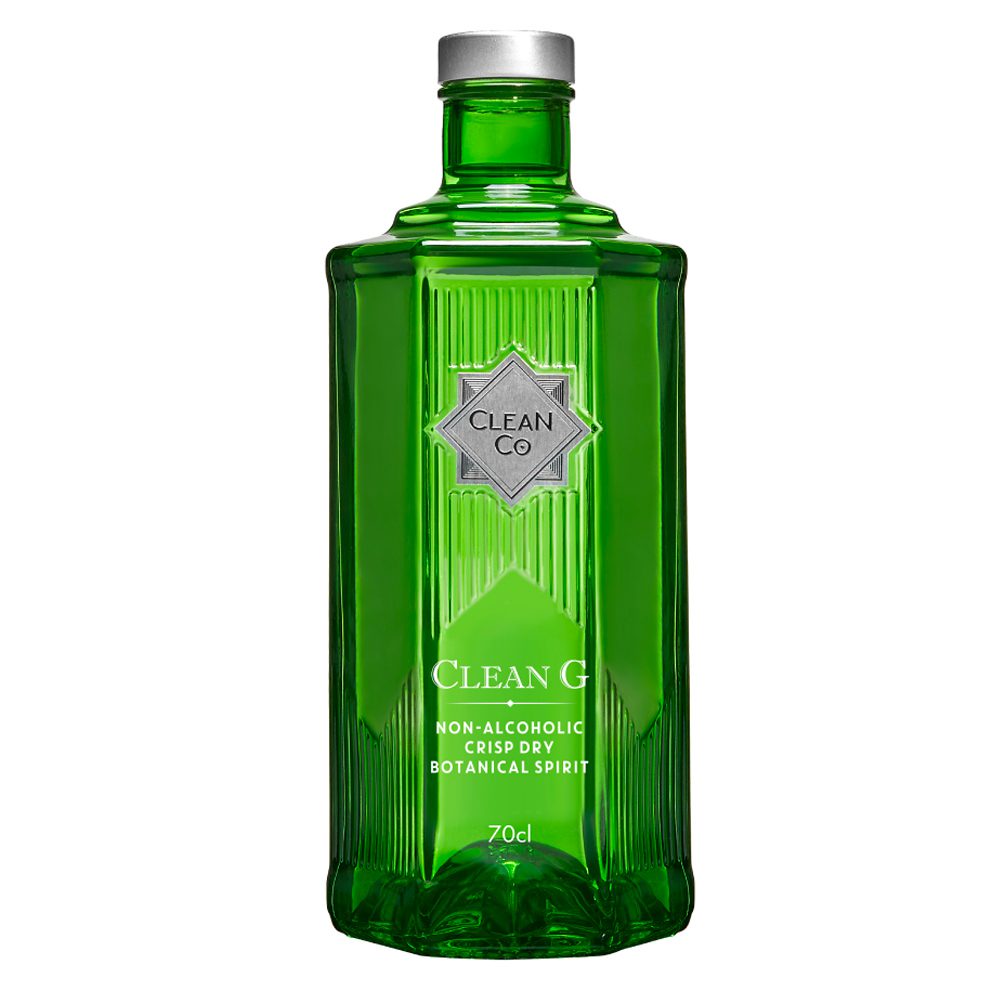 This up-and-coming company really came to prominence with their wide-reaching ad campaign last Dry January. This saw adverts on TV and in cinemas, alongside billboard posters and bus liveries. The result was an almost unprecedented rise in sales and popularity.

Not only are their products zero alcohol, but they are also zero sugar and low calorie. The Clean G ‘gin’ comes in classic, pink and rhubarb varieties and sits alongside Clean R ‘rum’, Clean T ‘tequila‘ and Clean V ‘vodka’ and ‘spiced apple vodka’. Great for mocktails. 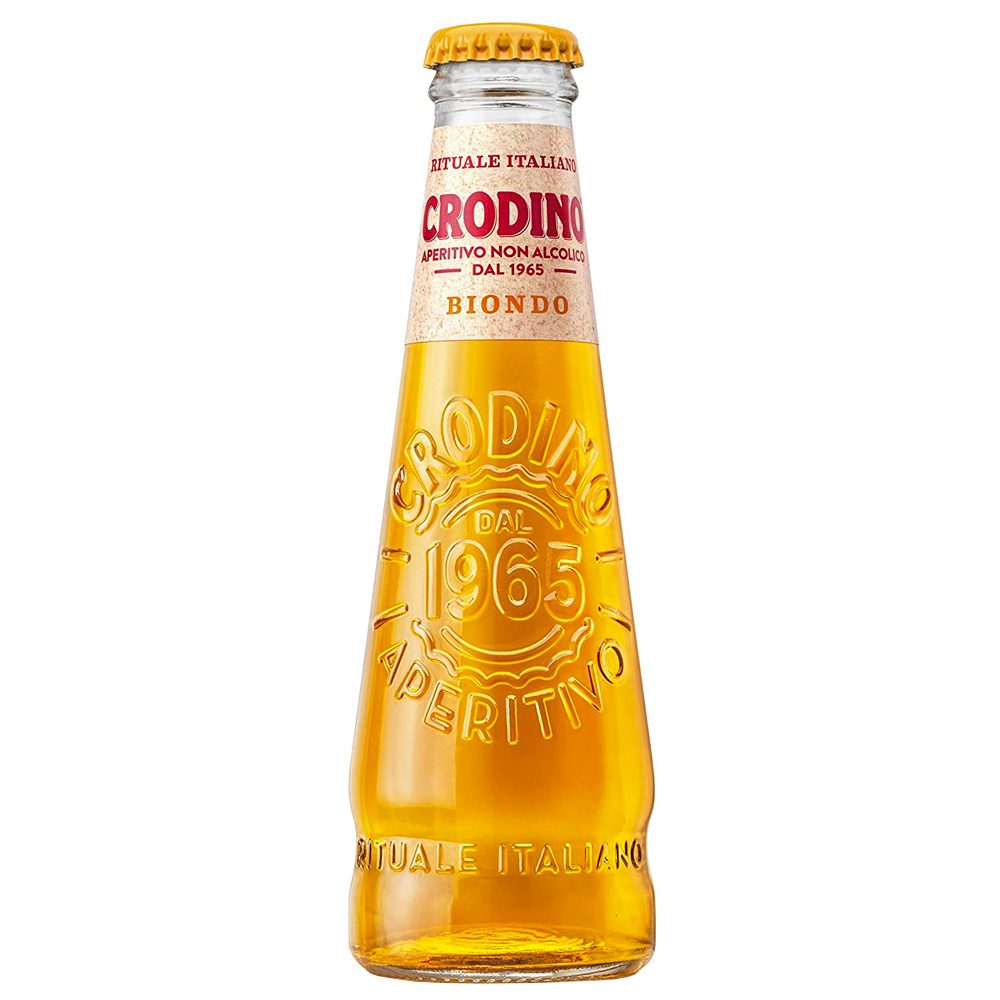 This non-alcoholic Italian aperitif drink was well ahead of its time when first released in the 1960s. Now, the original brand is owned by Campari and can be enjoyed in many similar ways to that famous drink – think of adding soda or mixing as part of a non-alcoholic negroni with a 0% botanical ‘gin’ for example.

Crodino is named after the mountain town of Crodo in northern Italy, close to the Swiss border, where it has been manufactured since 1964. Zesty and packed with orange and herbal notes, this is the perfect bitter mixer. 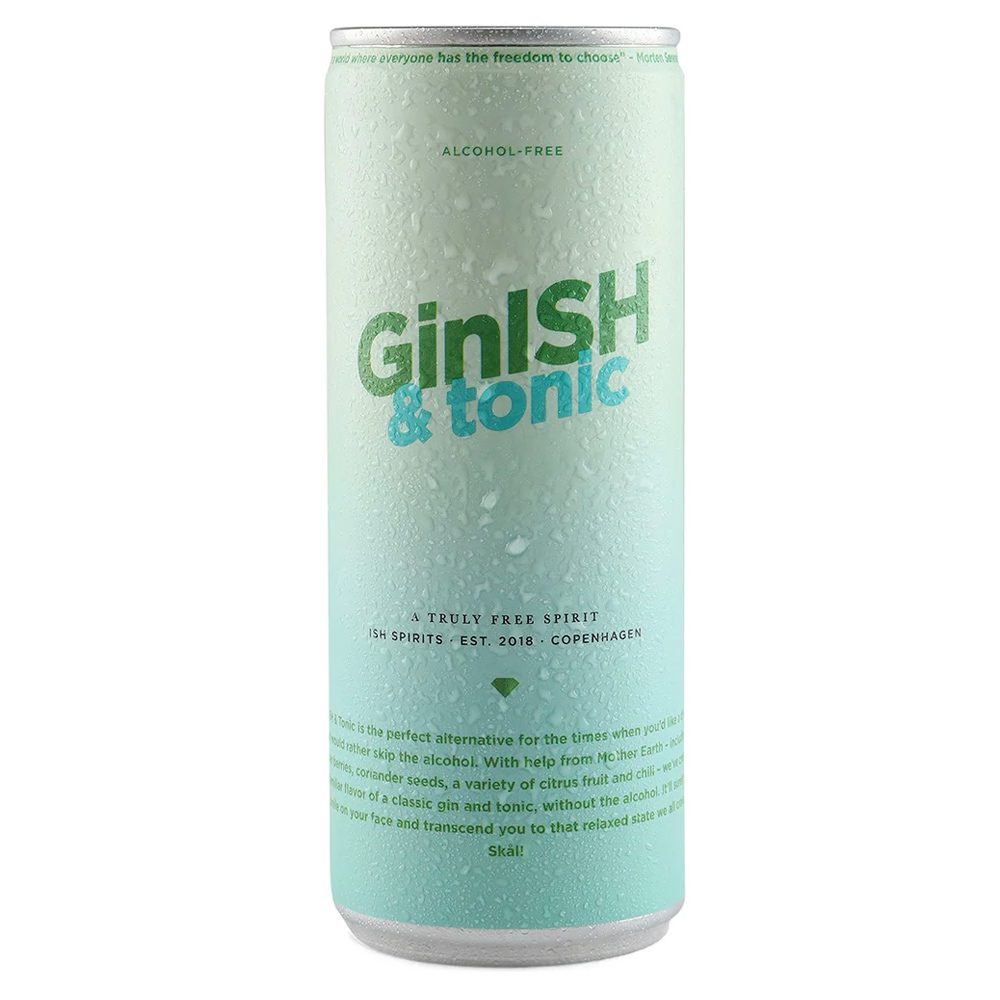 Pitching themselves as ‘the mindful drinking company’, Ish was founded in 2018 in Copenhagen. Since then, these Danes have established an impressive portfolio of non-alcoholic products including wine, spirits and pre-mixed cocktails.

The Gin-Ish and Rum-Ish are some of the most realistic examples out there. However, it is the exceptional mocktails that have really been racking up the awards – the refreshing Gin-Ish & Tonic, the Spritz-Ish aperitif and the zesty Lime Daiquir-Ish, a wonderful take on the classic rum daiquiri. 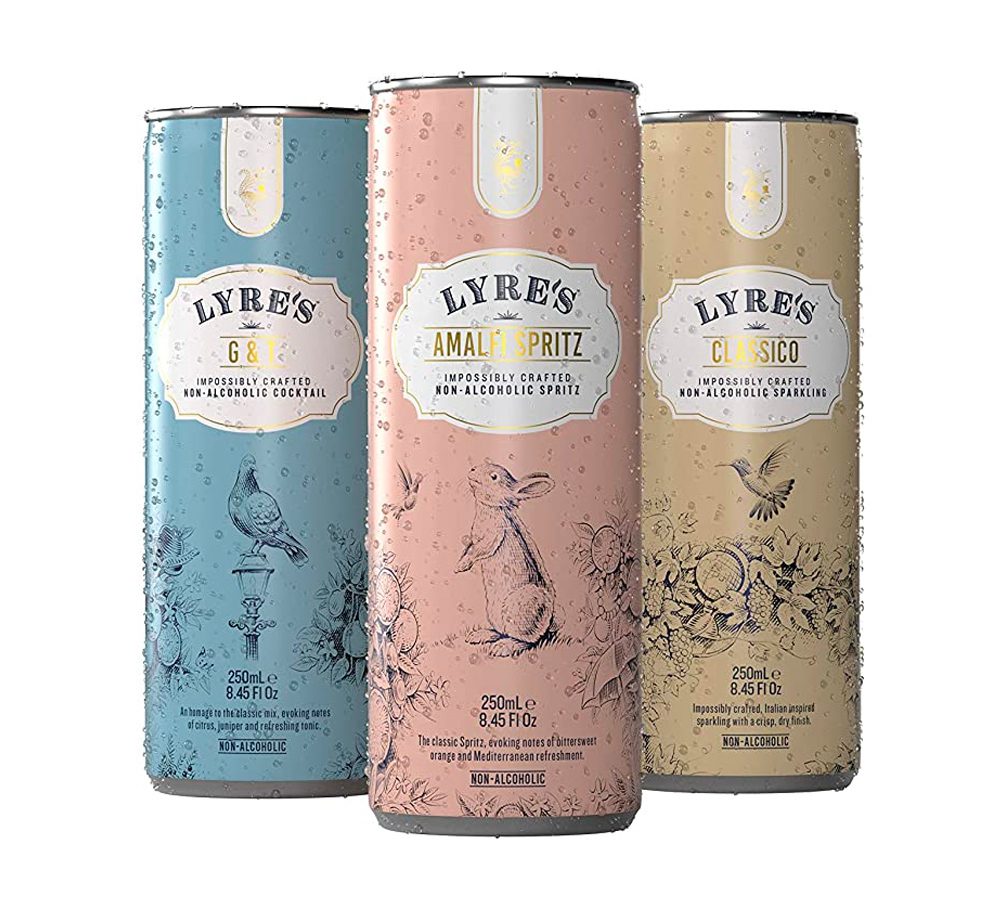 This collection of non-alcoholic ‘spirits’ have taken the market by storm and Lyre’s are the current darlings of the no- and low- ABV award panels. They have one of the most diverse ranges of anyone in the category and boast excellent 0% alternatives to gin, whisky, rum and absinthe. In addition, they have ‘liqueurs’ such as amaretto sitting alongside bitters and aperitifs including ‘Aperol style’, ‘Campari style’ and vermouth.

A superb range of pre-mixed canned drinks, such as ‘whisky & cola’ and the Amalfi Spritz, offer even more choice. 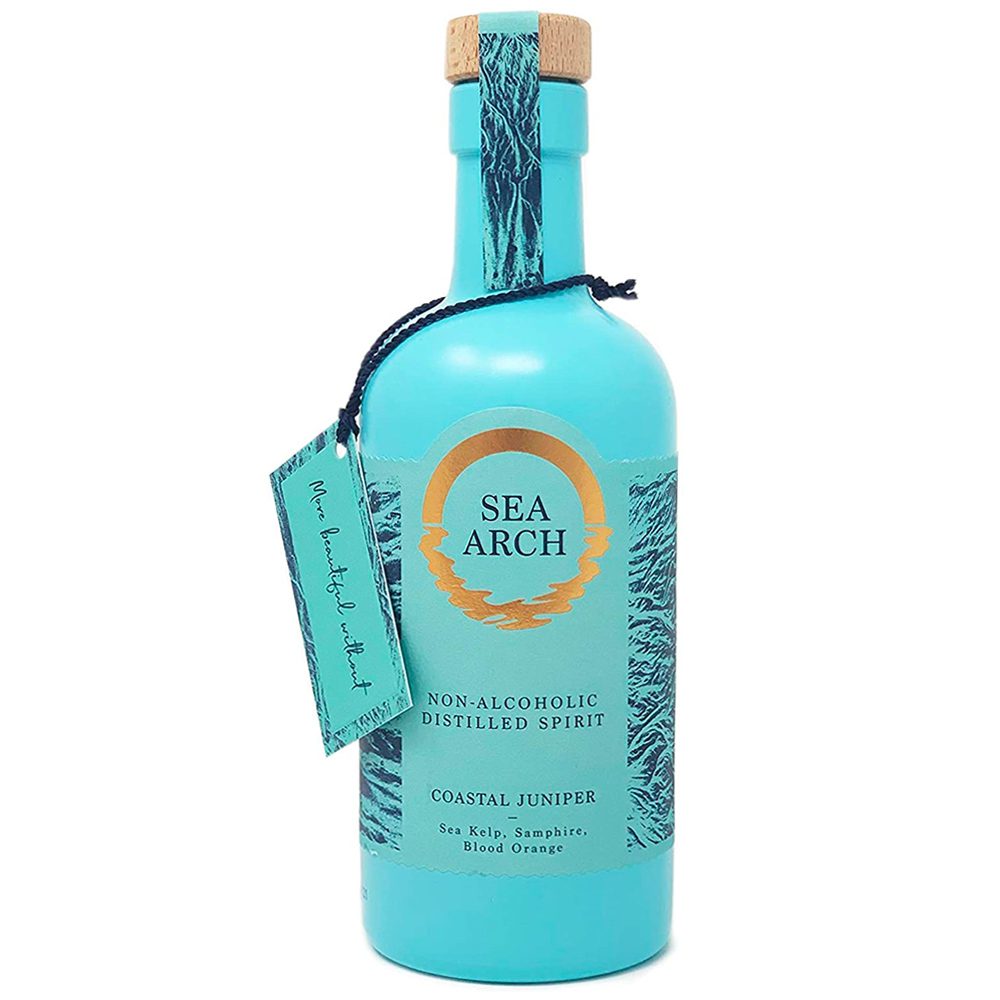 Inspired by the Devon coast and named after a cliff formation there, Sea Arch is like a breath of fresh sea air. They distil their spirit with botanicals in the traditional way, but then gently remove the alcohol. Wild seaside herbs such as sea kelp and samphire are locally foraged and used, plus blood orange and cardamon.

Sea Arch is alcohol free, sugar and sweetener free, vegan friendly and with zero calories – that is a lot of healthy boxes ticked. Clean, crisp and full of zesty and coastal flavours, why not try it in their signature Sea & T? 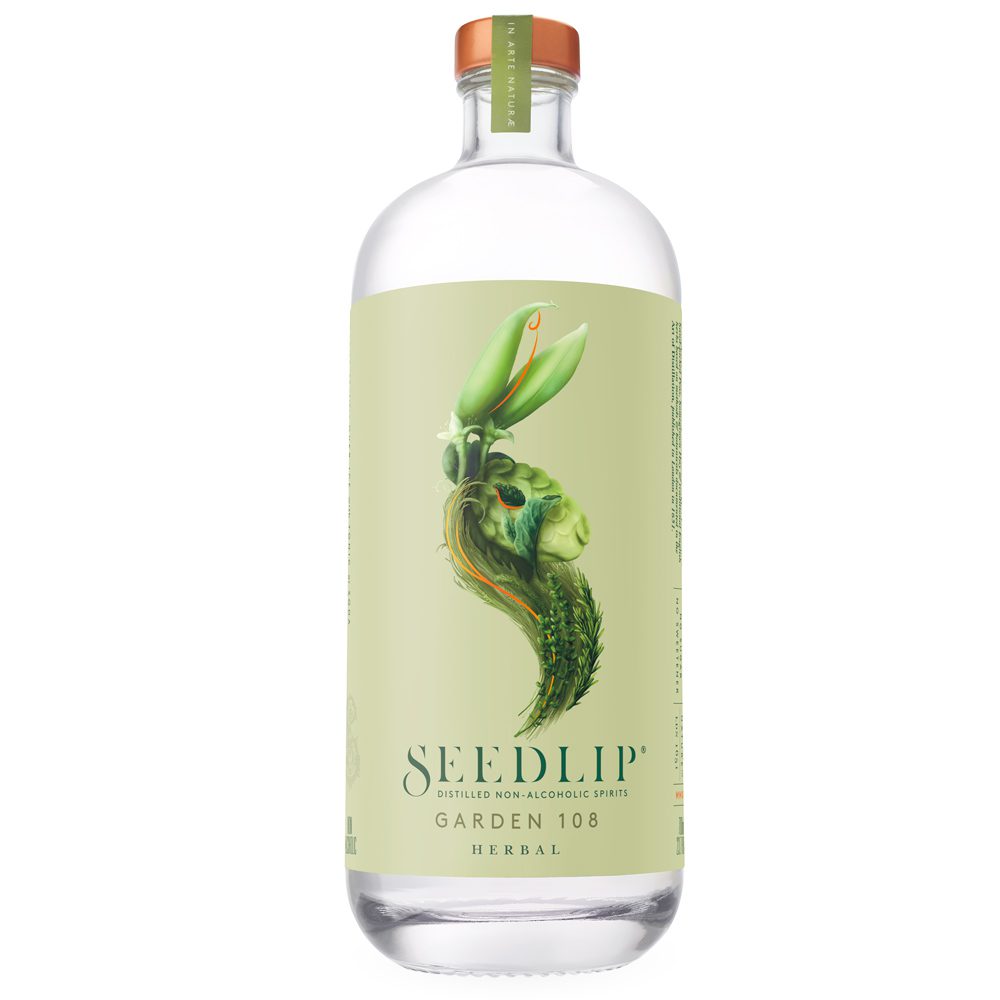 As one of the true early pioneers in the category, Seedlip has led the charge of non-alcoholic ‘spirits’ from its humble beginnings in 2015. It is the brand that was the first to truly break into the mainstream and make it on to supermarket and bar shelves alike – a move that saw it snapped up by one of the big drinks companies.

Three expressions exist with each pushing in a different direction: the fresh and green Garden 108, the zesty Grove 42 and the peppery Spice 94. All are excellent and make fabulous No G&Ts. 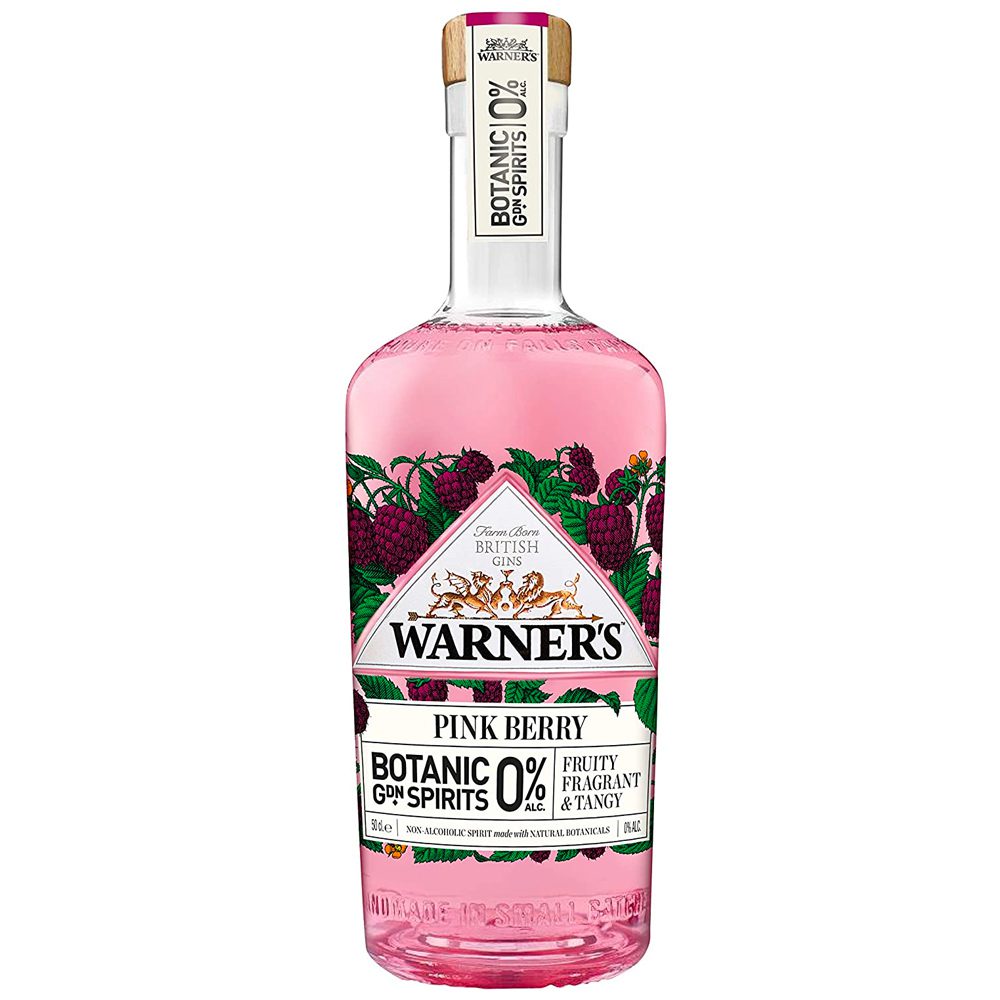 This Northamptonshire distillery has long been winning awards for their range of gins, but now it has entered the 0% game with their impressive Botanic Garden Spirits. Around 90% of the botanicals are sourced by the rural distillery from surrounding farmland and countryside. If you are in the mood for a traditional gin vibe, then go for the Juniper Double Dry. If it is more of a pink gin occasion, then choose the Pink Berry. The gorgeous bottle designs sit nicely on the home bar, too.