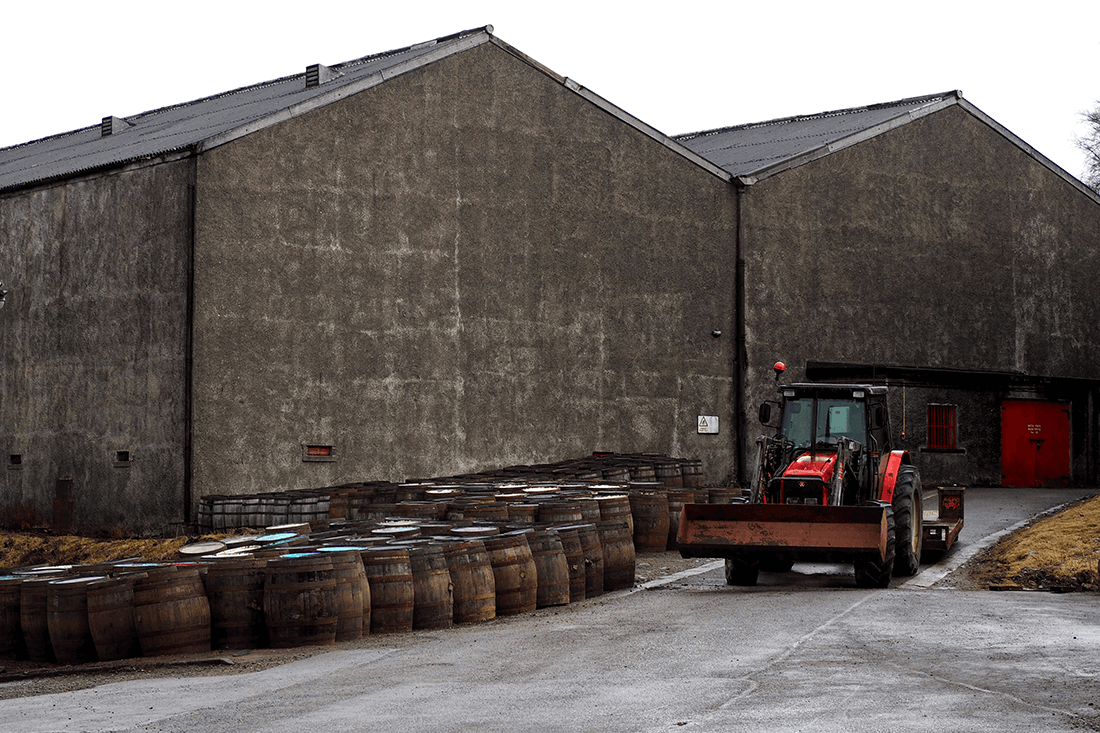 Highland based whisky distiller Tomatin have dded to their range of limited edition Cù Bòcan single malts with the release of a 2006 vintage edition. 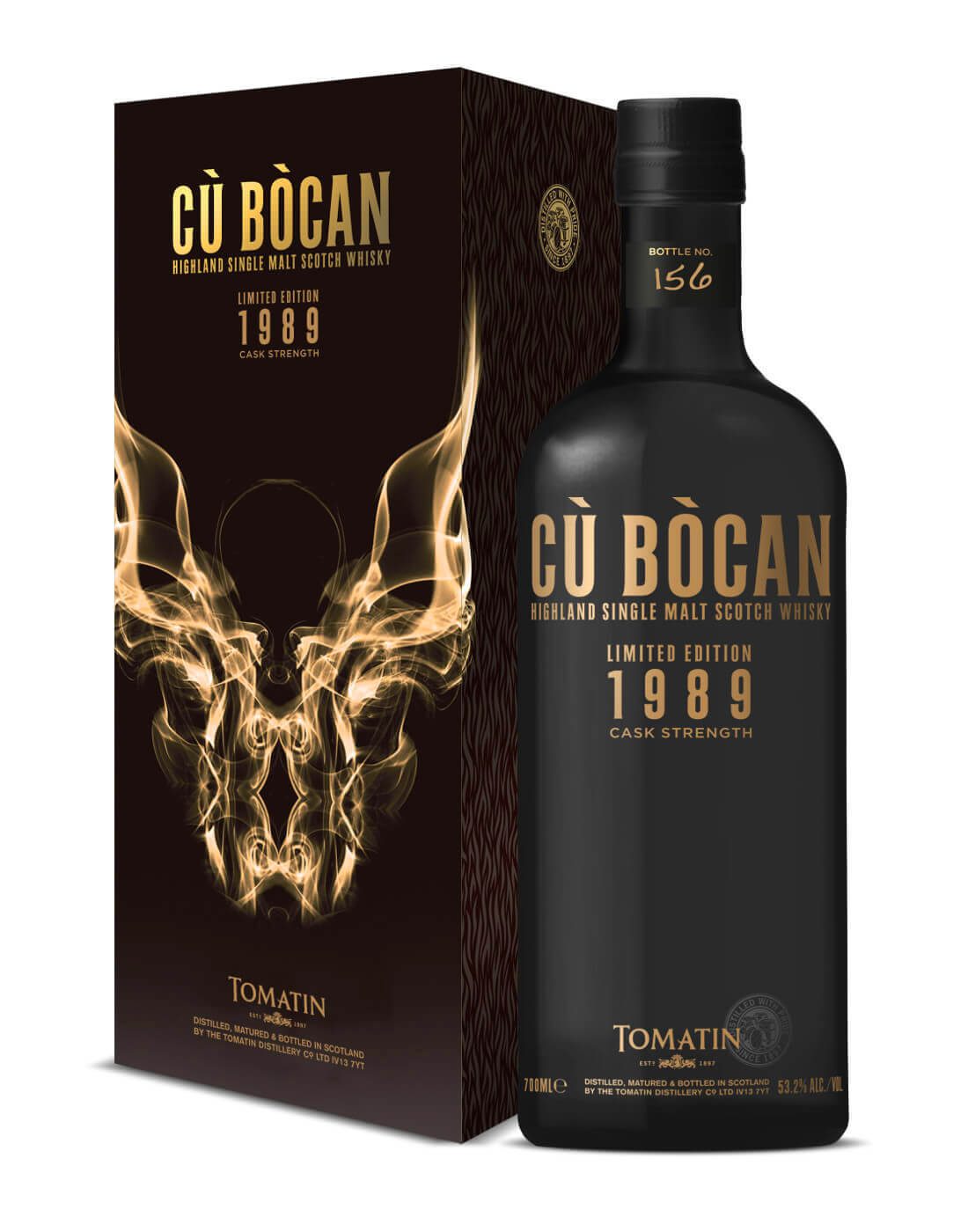 Bottled at a strength of 50%, the whisky is matured in first fill ex-Bourbon and ex-Oloroso Sherry casks, with a warm, festive flavour alongside a gentle touch of peat smoke.

The bottle comes with a special Cù Bòcan branded glass, one of 9000 bottles of this limited edition available worldwide. 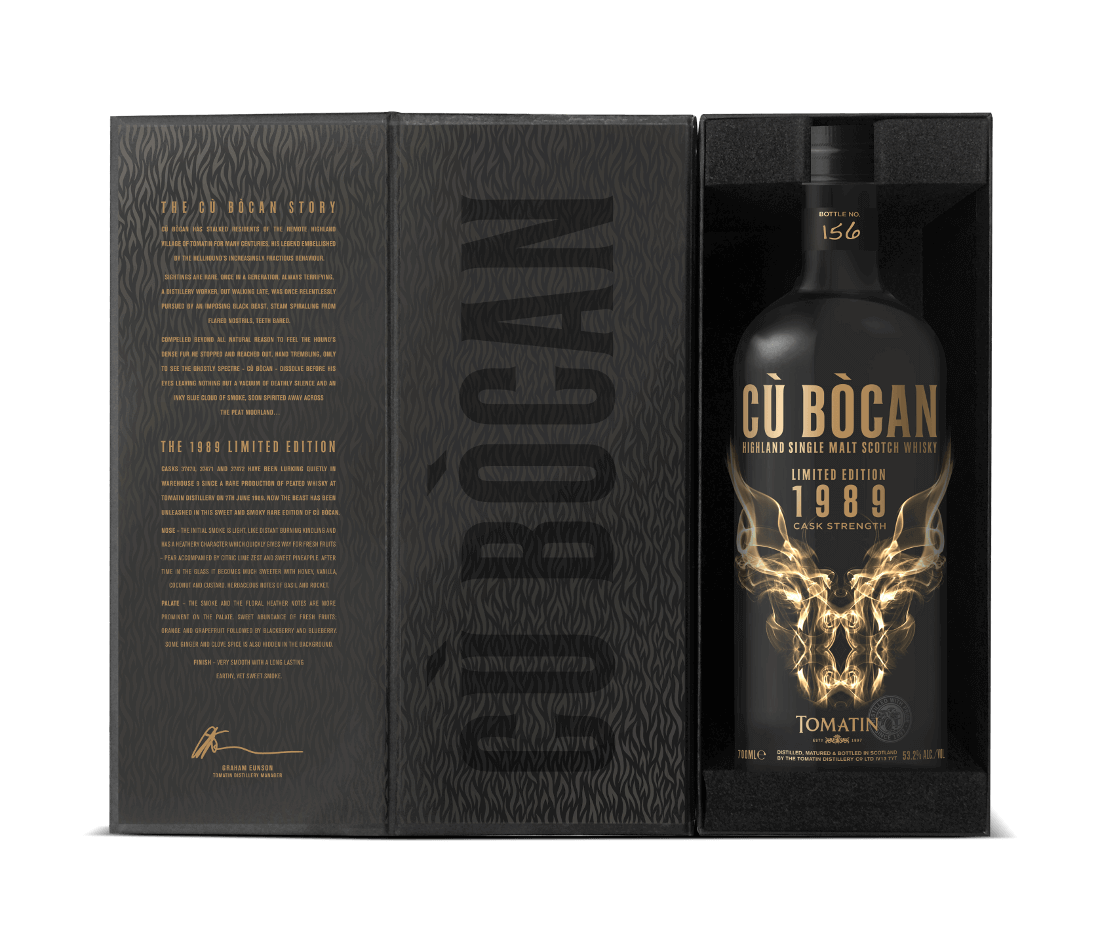 The Cù Bòcan brand is named after a mythical Highland hellhound which was rumoured to haunt the village of Tomatin, and was launched in 2013 as a lightly peated alternative to the traditional fruity flavours of the distiller’s single malt.

The distillery has been producing peated malt for the last week of every year since 2005, and in recent years has been experimenting with different levels of peatiness in order to diversity their offering in the coming years. 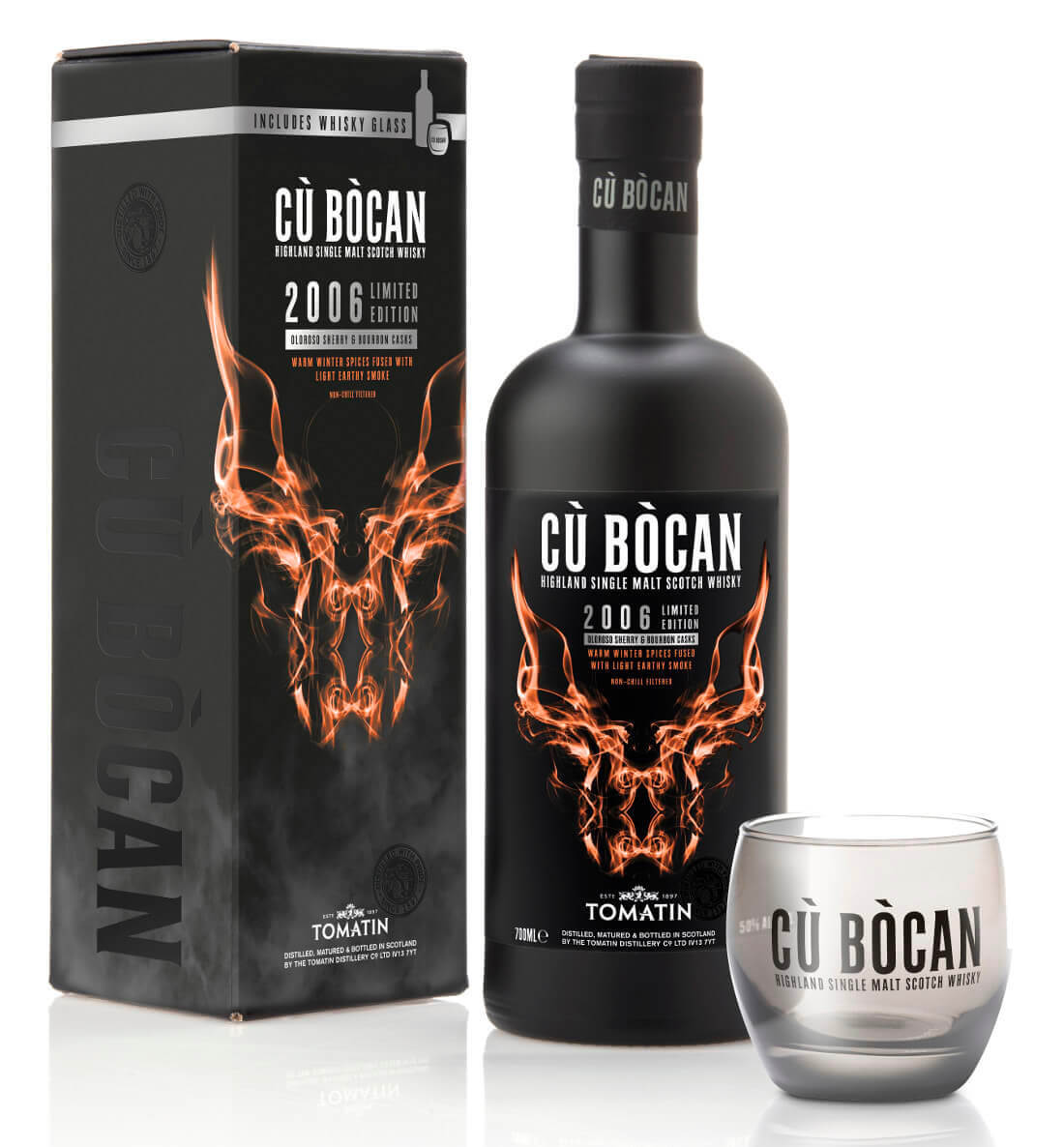 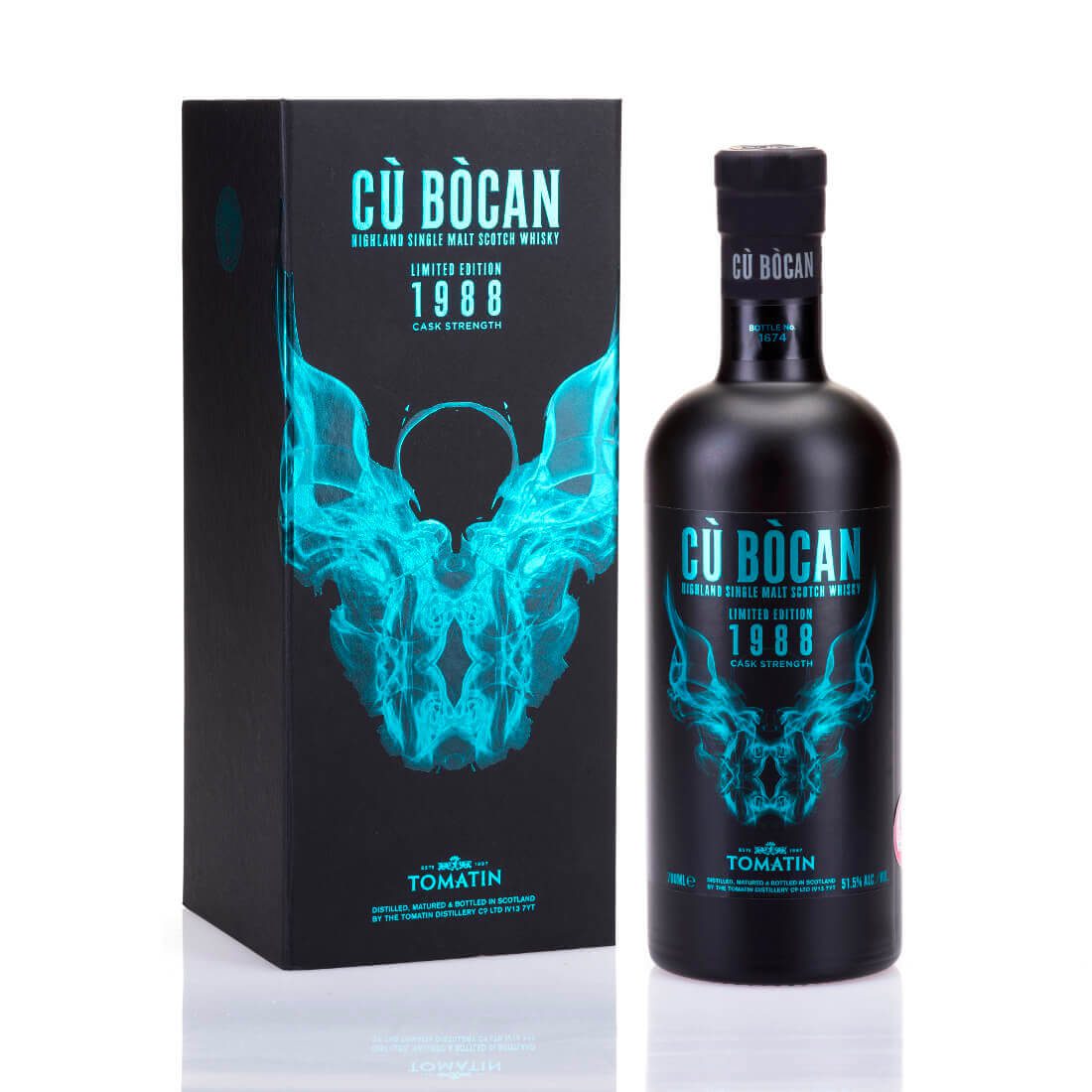 “As the Cù Bòcan brand continues to grow, our followers have been eagerly awaiting news of the next limited edition to complement the standard edition, which is available all year round. This year, the added value provided by the unique branded glass adds to the drink-at-home experience. The whisky itself is sweet and full with underlying light, earthy smoke and warm winter spice flavours, perfect for enjoying over the winter months and as a festive gift.” – Jennifer Masson, Tomatin Marketing Manager 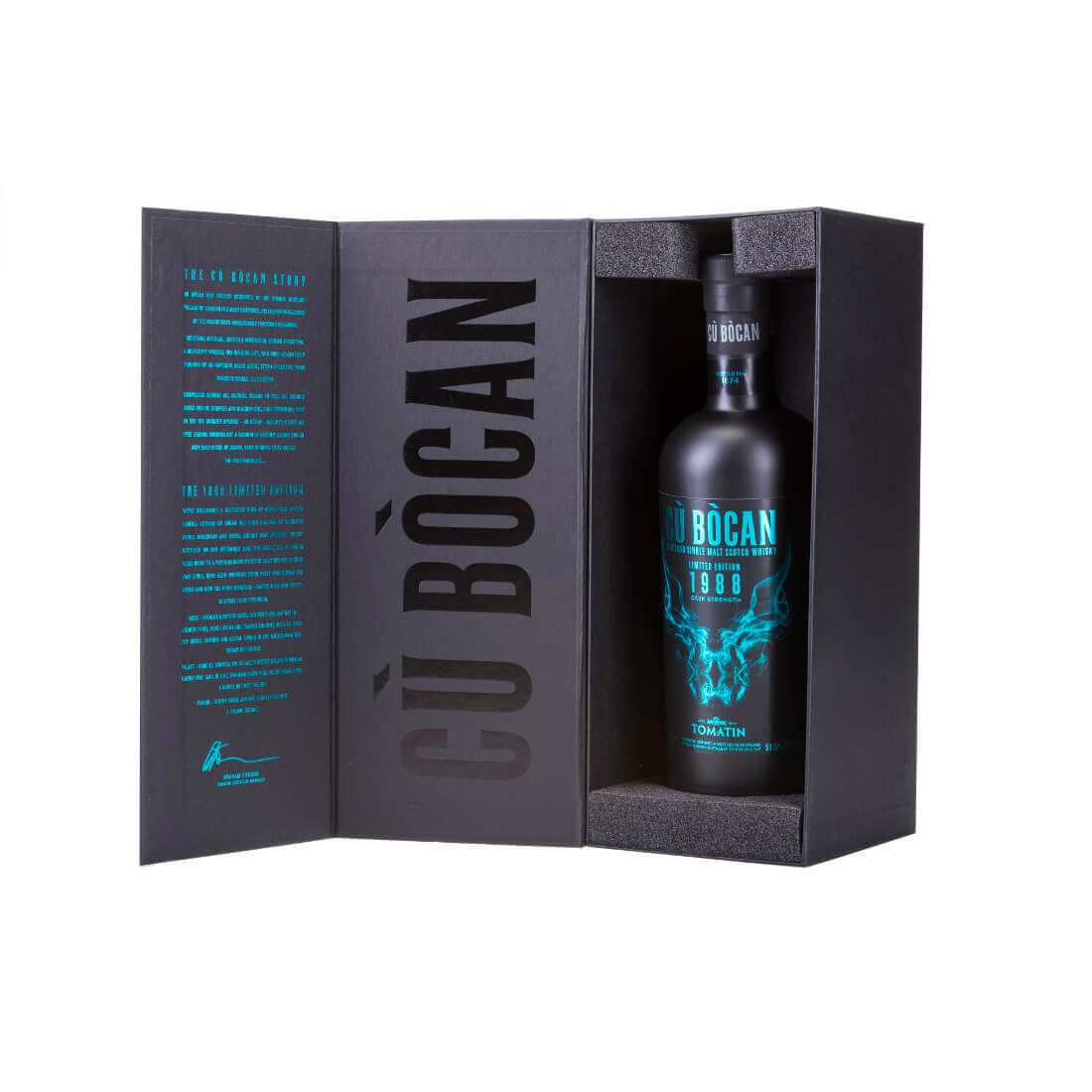