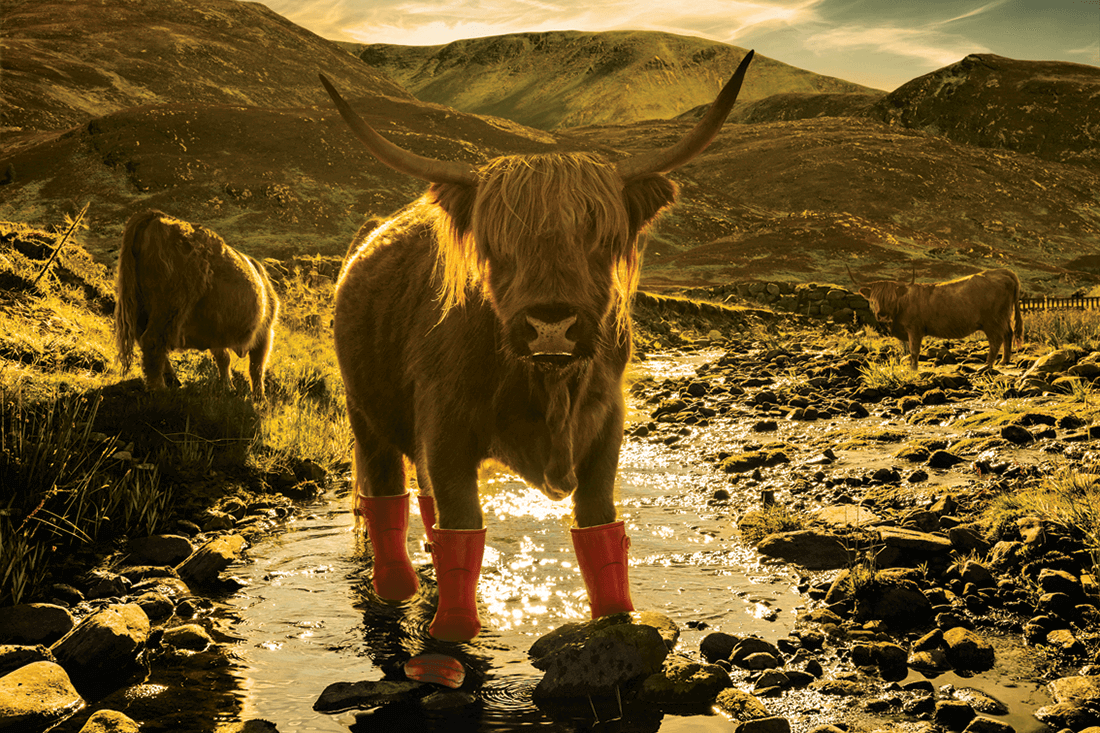 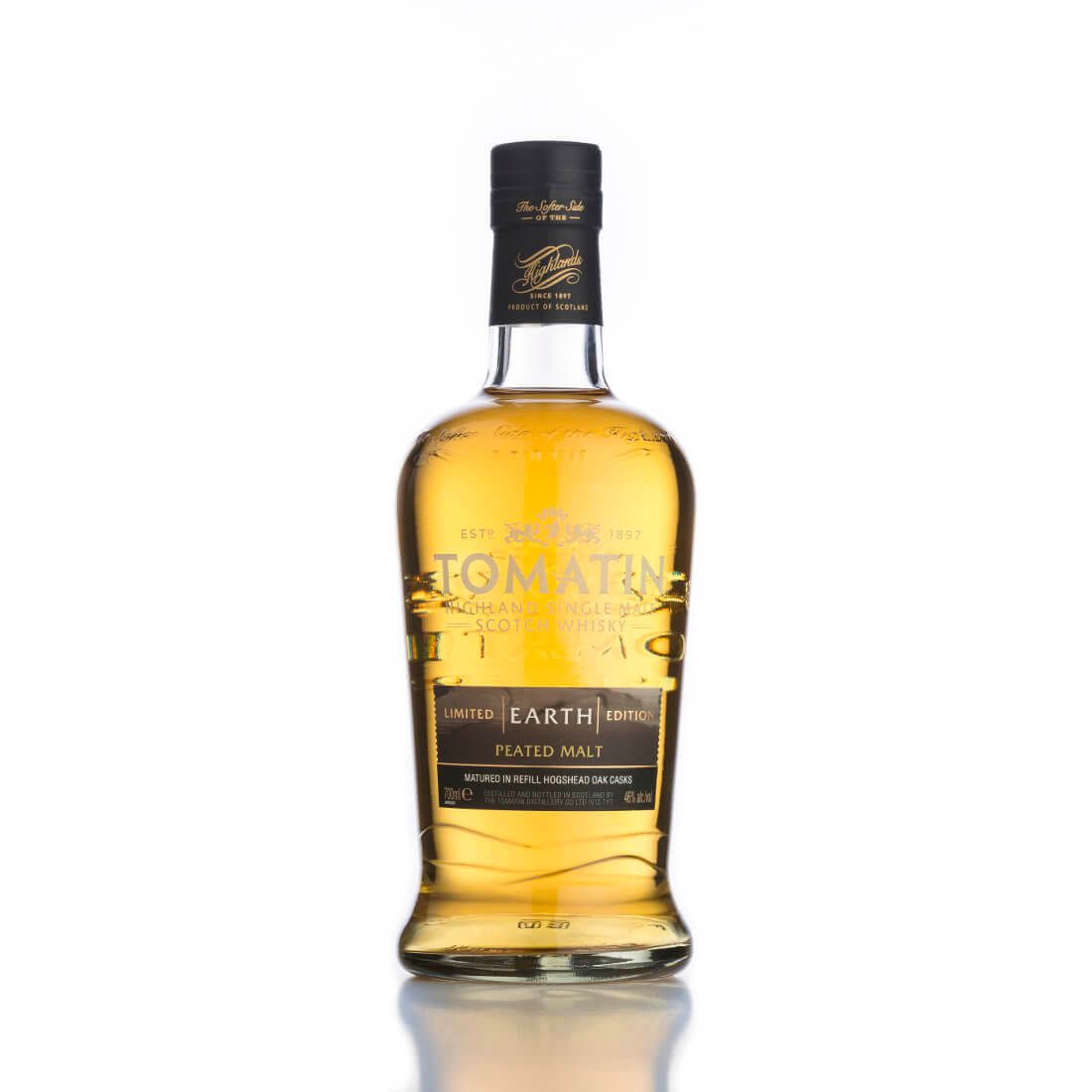 Having been distilled with peat-dried malted barley, the Earth single malt has a distinct character, giving it rich, intense and peaty flavours. A mix of vanilla, burning heather and black fruit aromas combine with a sweet, light smokey taste. 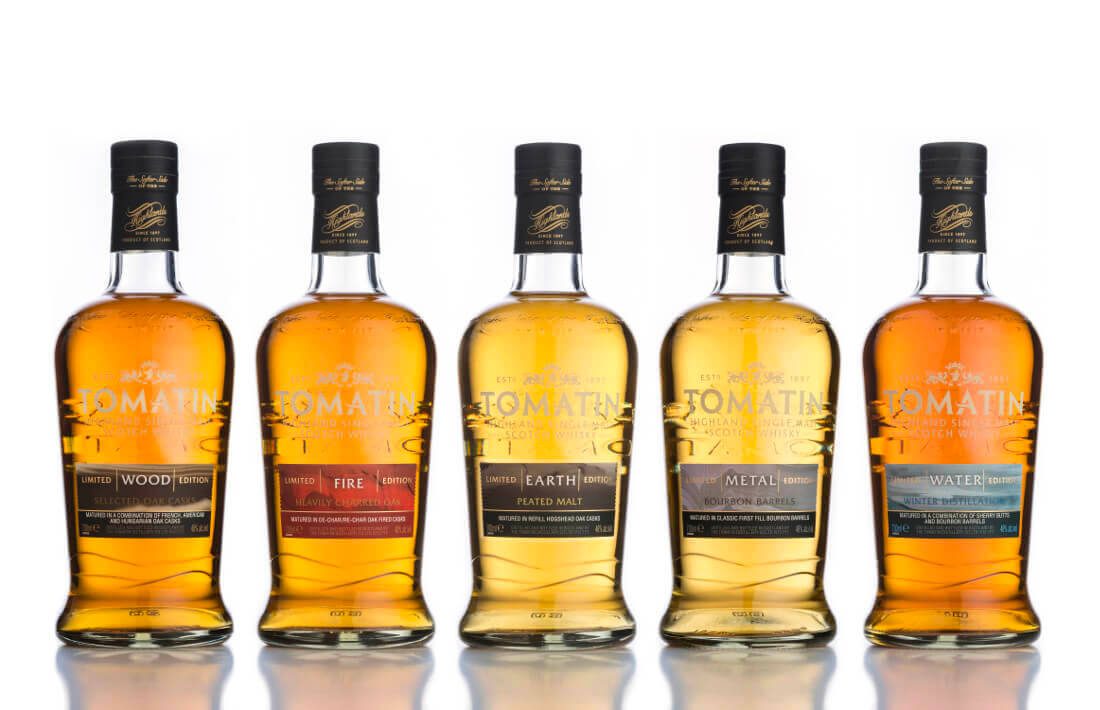 “The Earth expression is unique within the Five Virtues series – and indeed our entire range of single malts – because of its peaty profile. We only distil with peated barley for two weeks of every year and this spirit is never usually released under the Tomatin brand name.” – Graham Eunson, Tomatin Distillery Manager 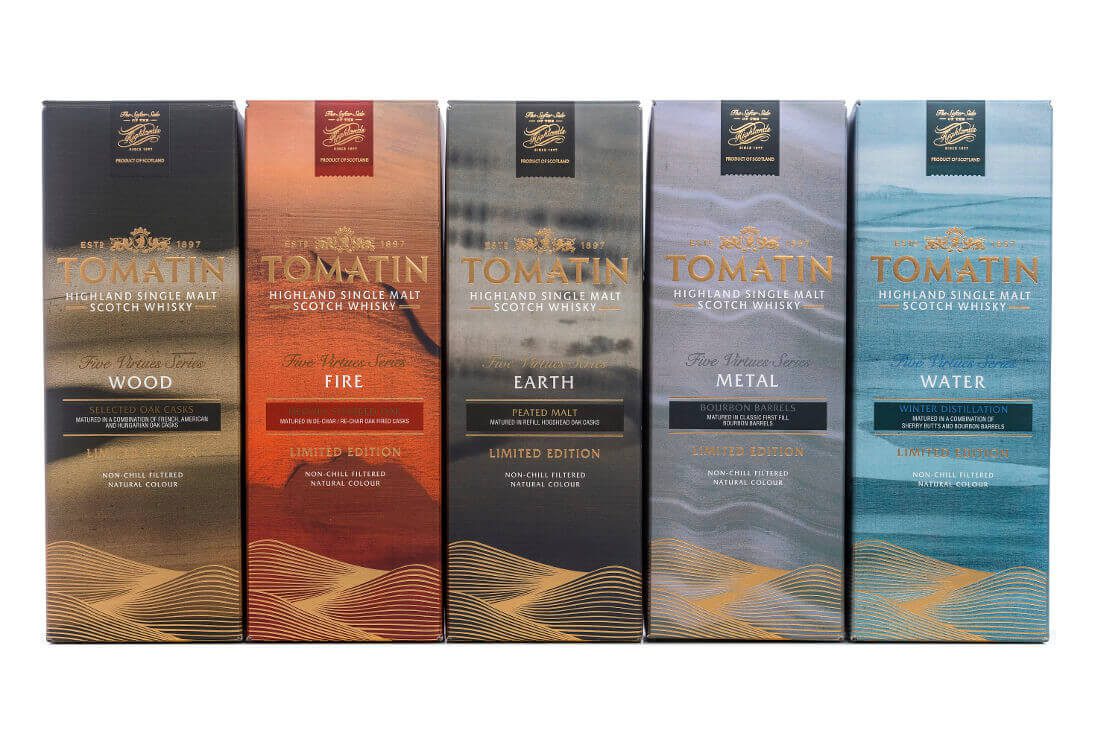 The Five Virtues series comes packaged in cartons decorated with contemporary art, created by Eva Ullrich. To mark the launch of the new Earth expression, Tomatin will exhibit all five of the paintings by Eva in a gallery within the distillery’s Still House.

Launching on Friday, September 29th, Earth will have a limited run of 6,000 bottles. The final two expressions, Metal and Water, will be released early 2018. 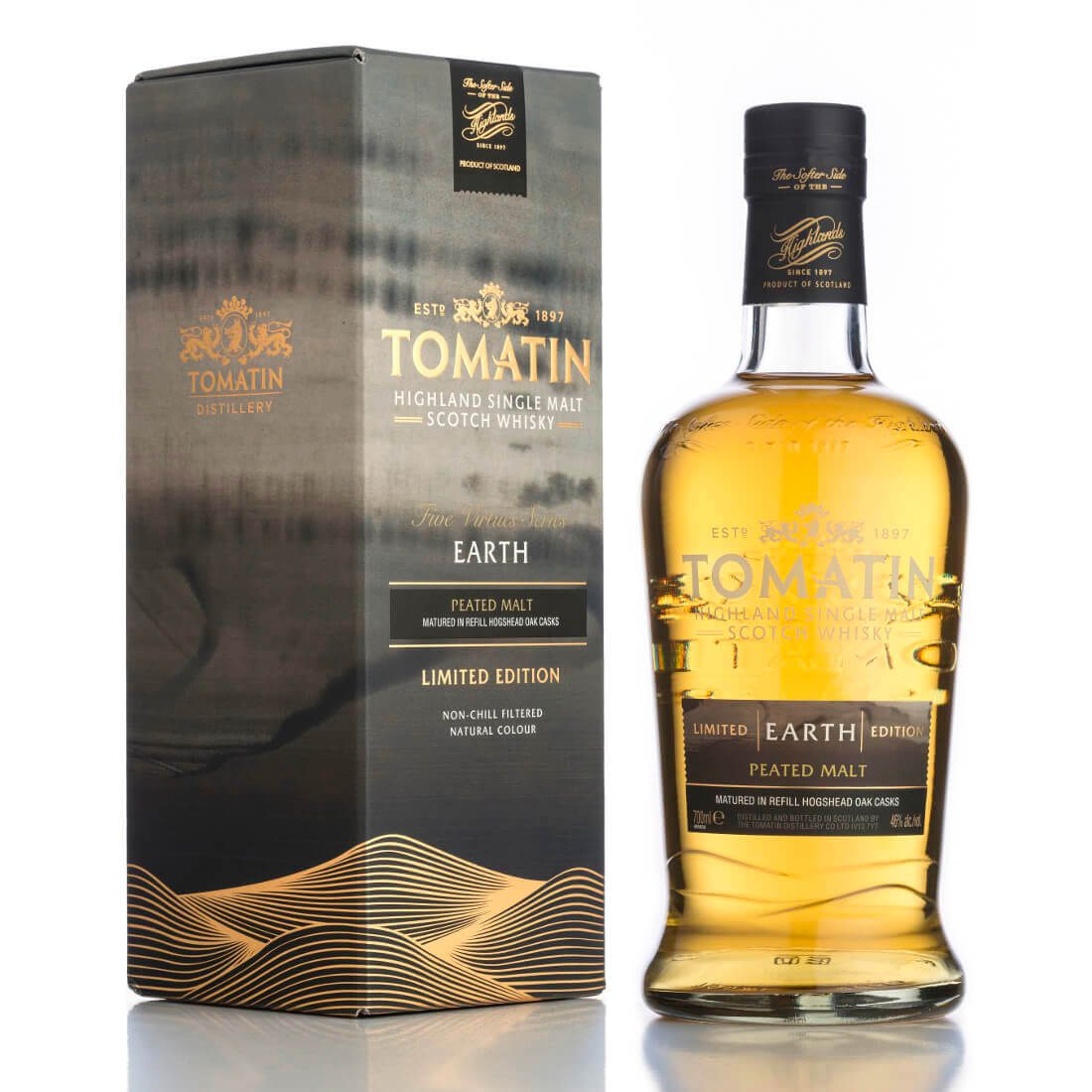 “Off the back of our incredibly successful Five Virtues launch, we are very excited to bring the third expression in this limited edition series, Earth, to the global market. The Wood and Fire expressions have been extremely well received in all of our international markets, with buyers eager to add Earth to their collection.” – Jennifer Masson, Tomatin Distillery Marketing Manager