The supercar categorisation is one that’s commonly used by motorheads, but more often than not it’s used a little too specifically. That’s because a supercar isn’t really defined by its layout, rather its capability – and if you’re after the most capable, ultra-fast car, no matter its shape or size, these five couldn’t be considered anything but ‘super’.

So while some models in our list below might have the stereotypical two seats and the engine behind them, others don’t. From a German supersaloon that has embarrassed just about everything else on the road in the last two years, to a four-seater GT with supercar-like capability, these are the five best all-weather supercars on sale right now. 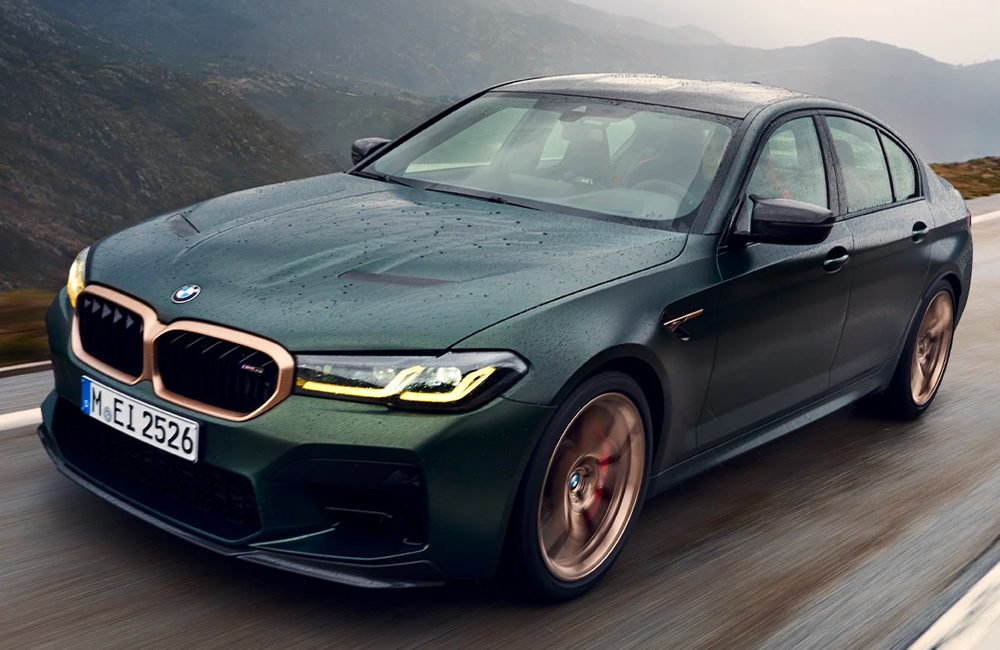 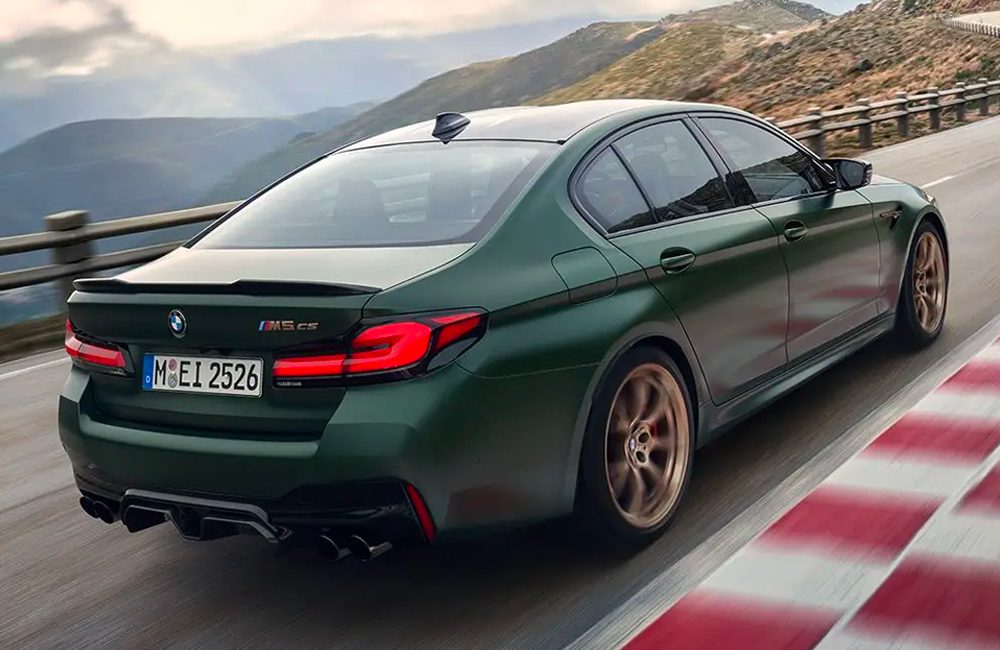 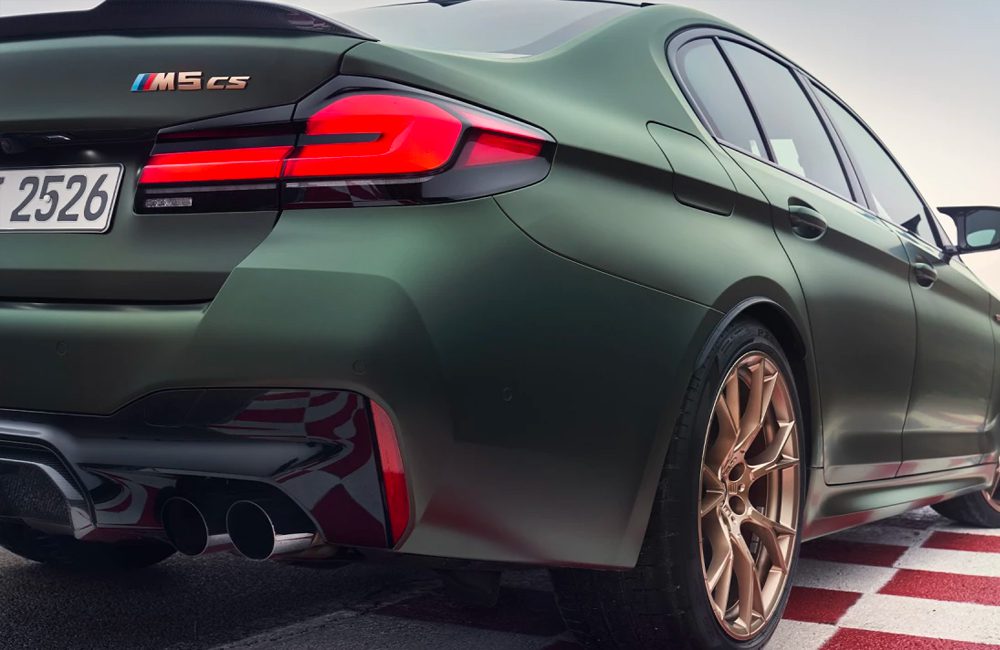 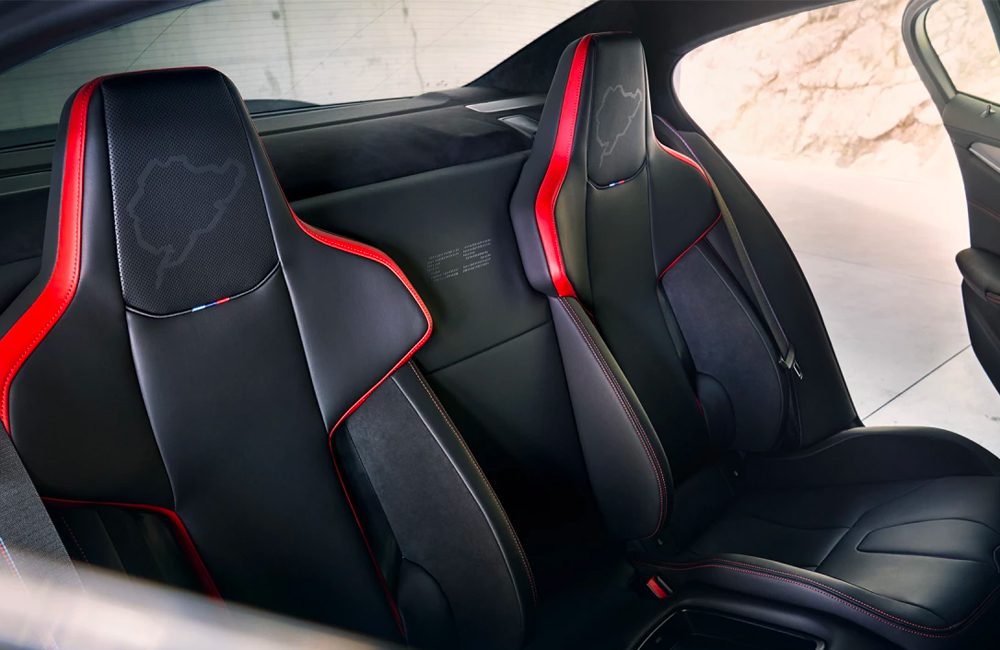 On paper, the BMW M department’s remit of turning the otherwise common M5 Competition into the ultimate iteration of itself was a pretty undemanding job. It’s already one of the most impressive saloons on sale, and will stand strong against pretty much all rivals. So when the CS was revealed, with a hefty rise in price, only 10 more horsepower and some concessions to comfort and practicality, it all seemed a bit underwhelming.

But things couldn’t be further from the truth, because the M5 CS is an outstanding super car. One without the drama or panache of a Ferrari or Lamborghini perhaps, but one that on most roads, in most conditions, won’t just be faster or more capable than the majority of supercars, but more exciting and engaging too.

Add in its sparse availability, and those fabulous brushed gold highlights, and you’re left with a sure-fire future icon. 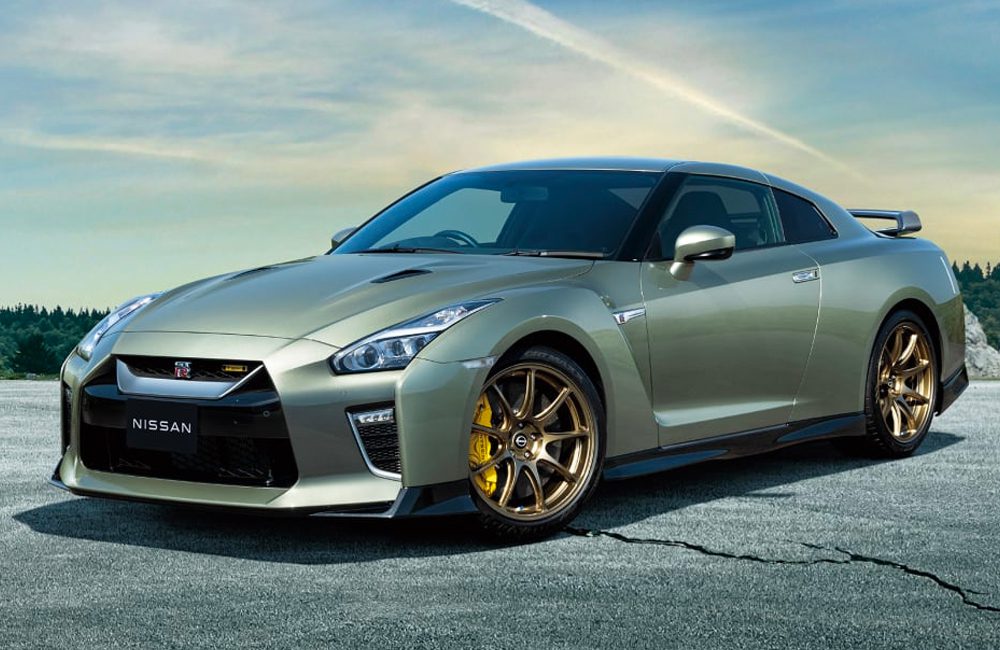 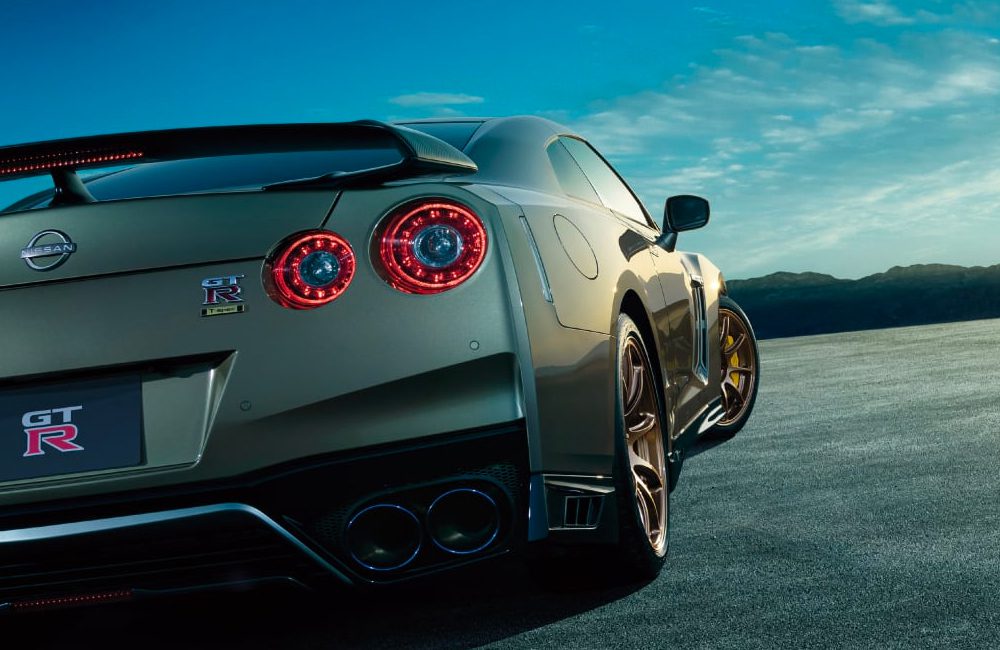 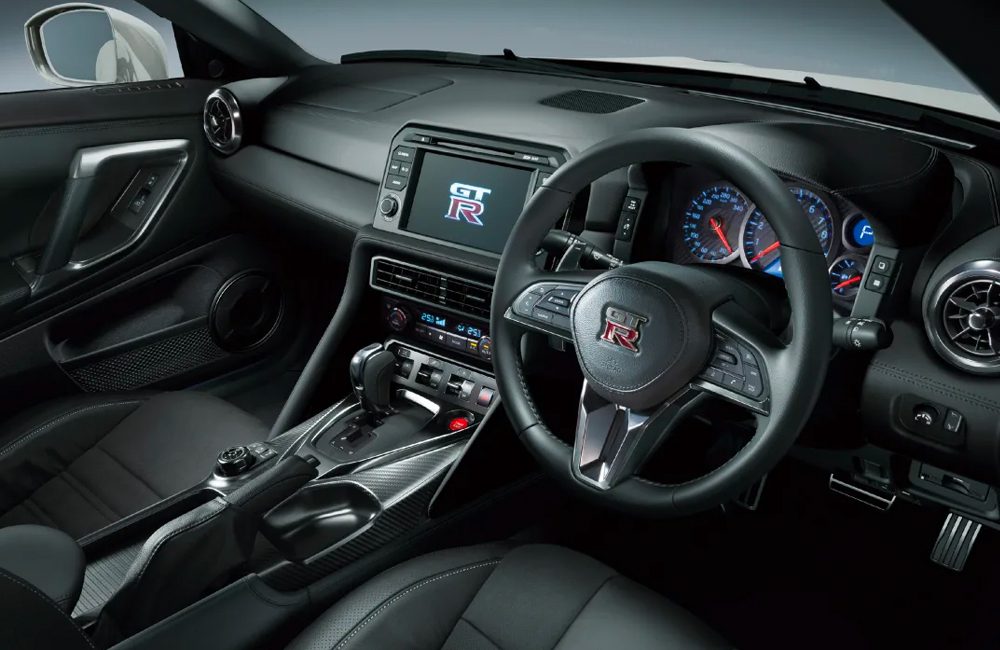 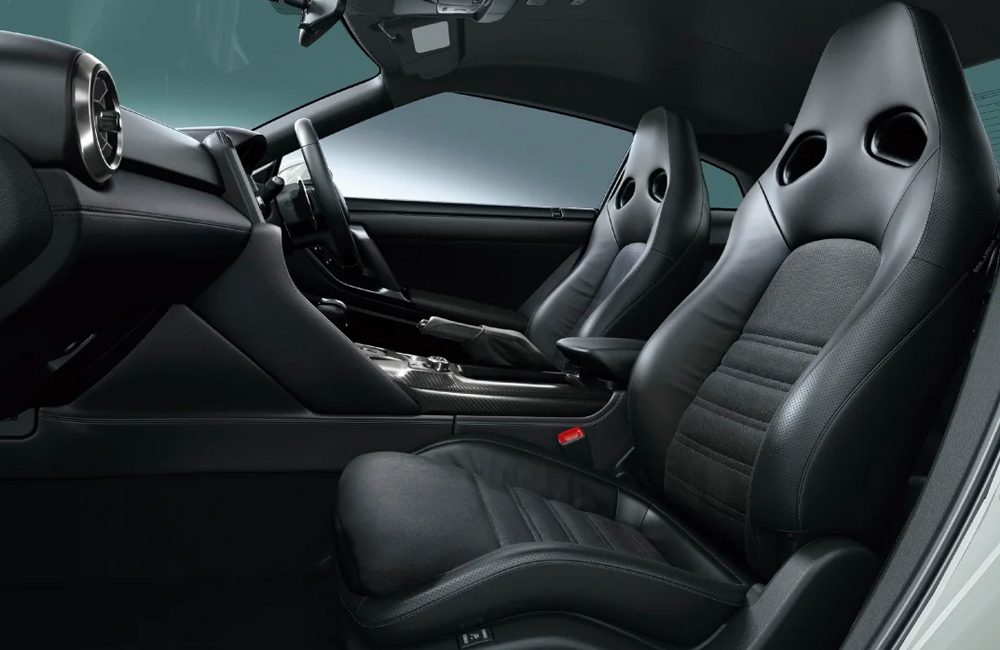 When it first launched there was a temptation to say the Nissan GT-R was unnaturally capable and too heavily augmented or digital. But these people clearly have never driven a GT-R, much less one on a challenging road in less than ideal conditions.

We can’t think of a more equally exciting and capable supercar  – one that’s both able to generate an immense turn of speed and involve you in the process. The monster grip from its all-wheel drive system makes it almost unnaturally fast in any environment, while the enthusiasm from its bespoke, hand-built engine isn’t just about its incredible power, but the rush for the redline in every gear.

As automotive experiences go, the GT-R really is one of the most extreme and thrill-inducing you can have on four wheels. 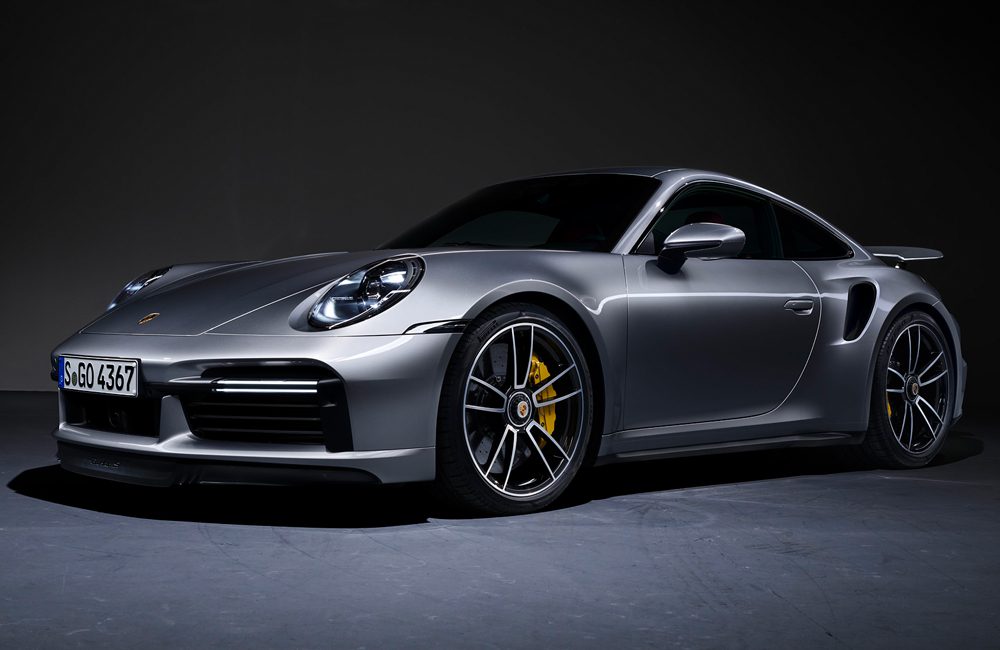 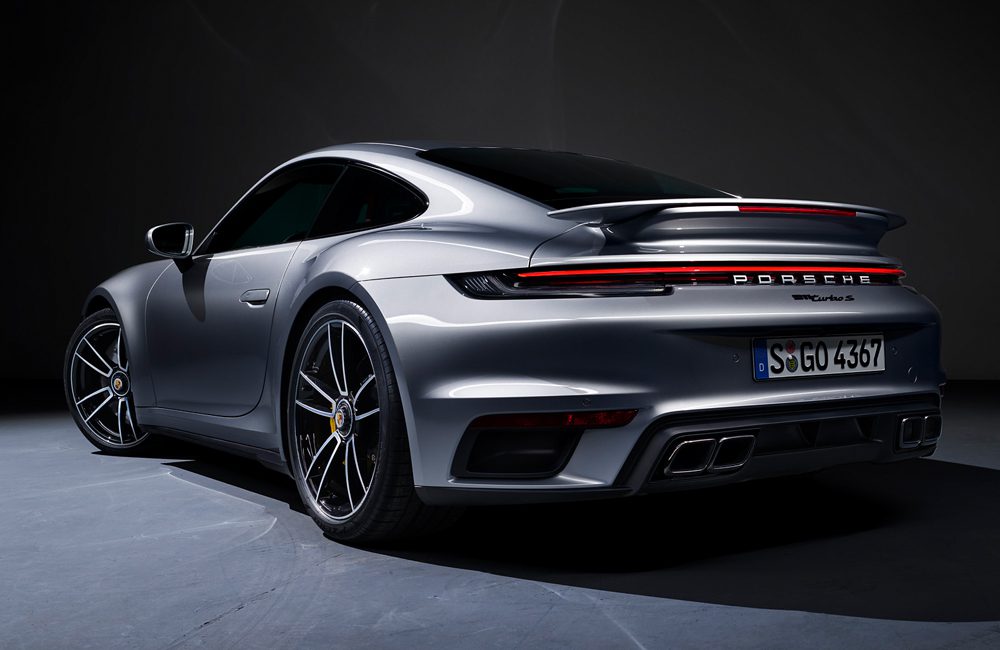 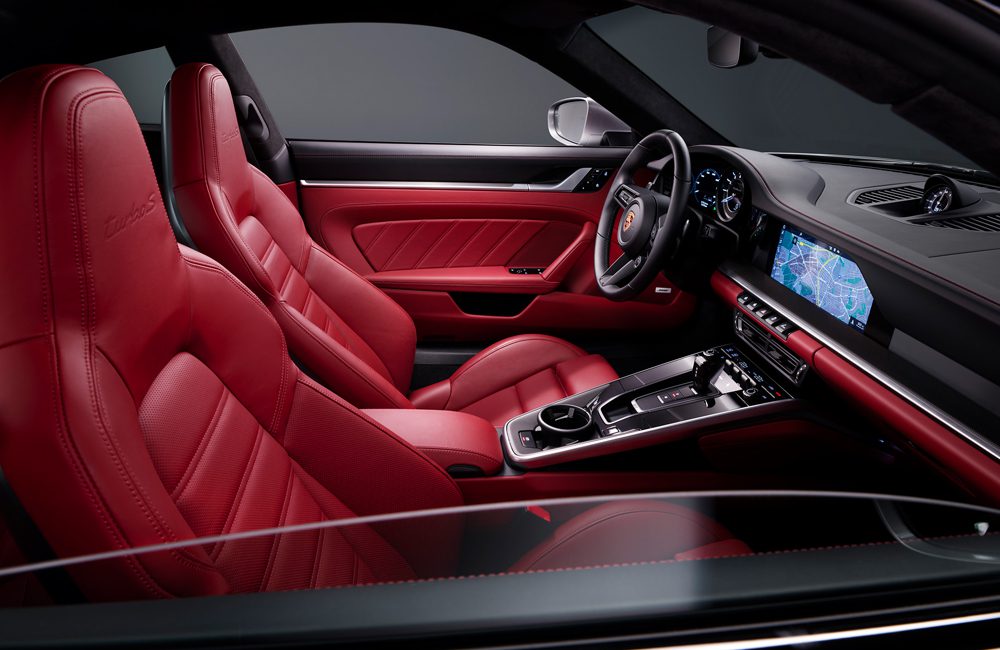 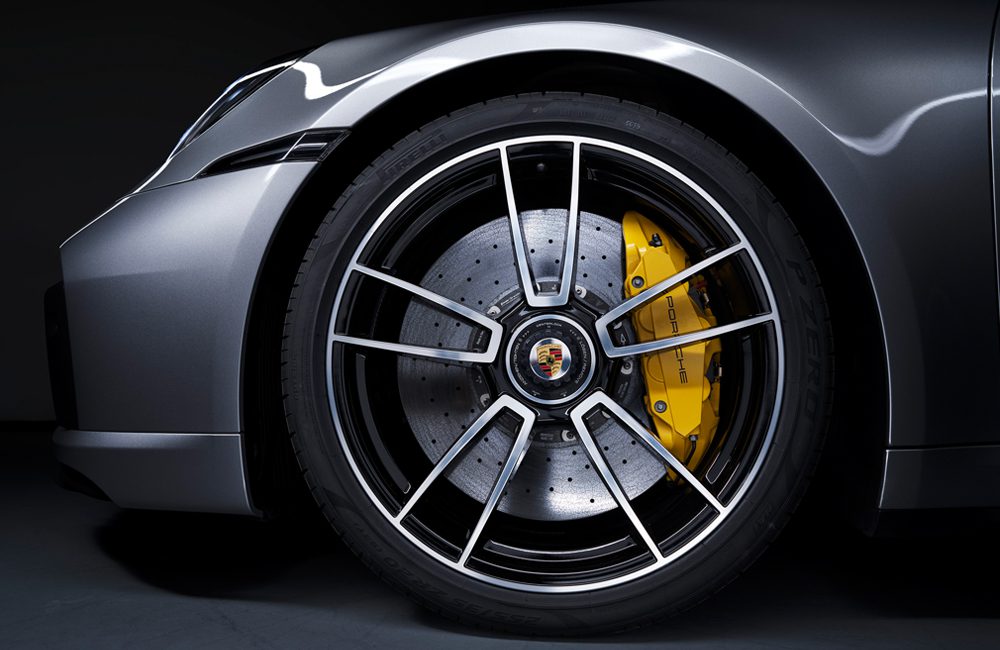 Putting it simply, if you want to get from A to B in the quickest time possible, there is little out there that will do it faster than a Turbo S. The Porsche 911 Turbo has been synonymous with all-weather capability since it went all-wheel drive with the 993 generation, but as with all 911s, development has never stopped, making each successive generation faster, harder and more intense than the one that went before.

In its 992 generation, the fully-kitted 911 Turbo S isn’t the most engaging option from a driver’s perspective – instead you marvel at its incredible capability. The 641bhp flat-six engine lacks cylinders, but little on the market punches harder, with only the most powerful electric cars matching its ability to deflate your lungs under full throttle.

Unlike a modern high-power EV, though, the Porsche’s performance keeps coming, and doesn’t have over two-tonne of mass to control when you need to slow down or go through a corner. Be careful though, it can bite. 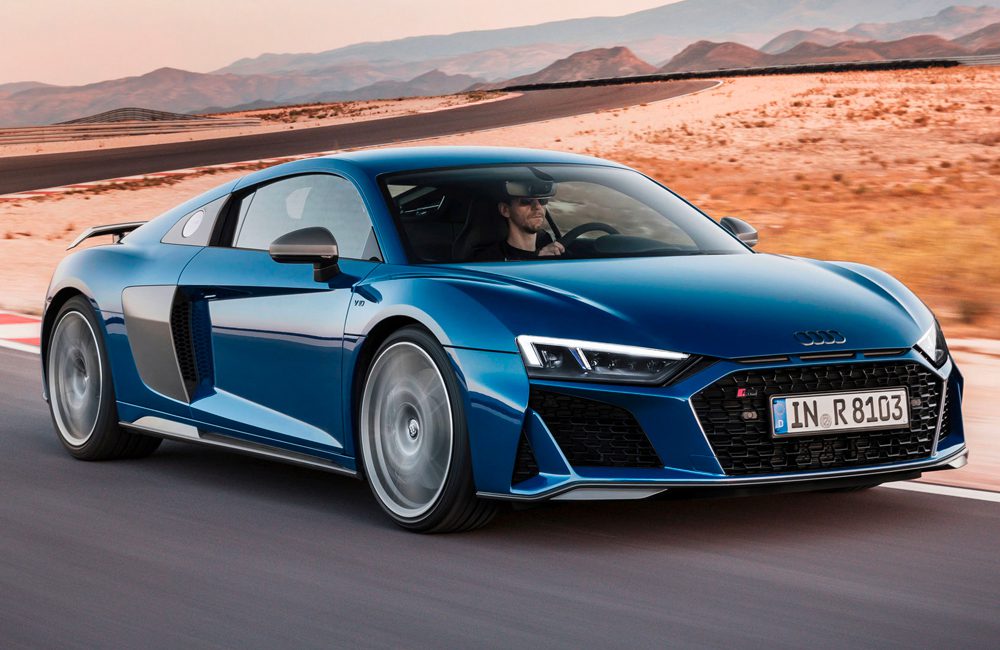 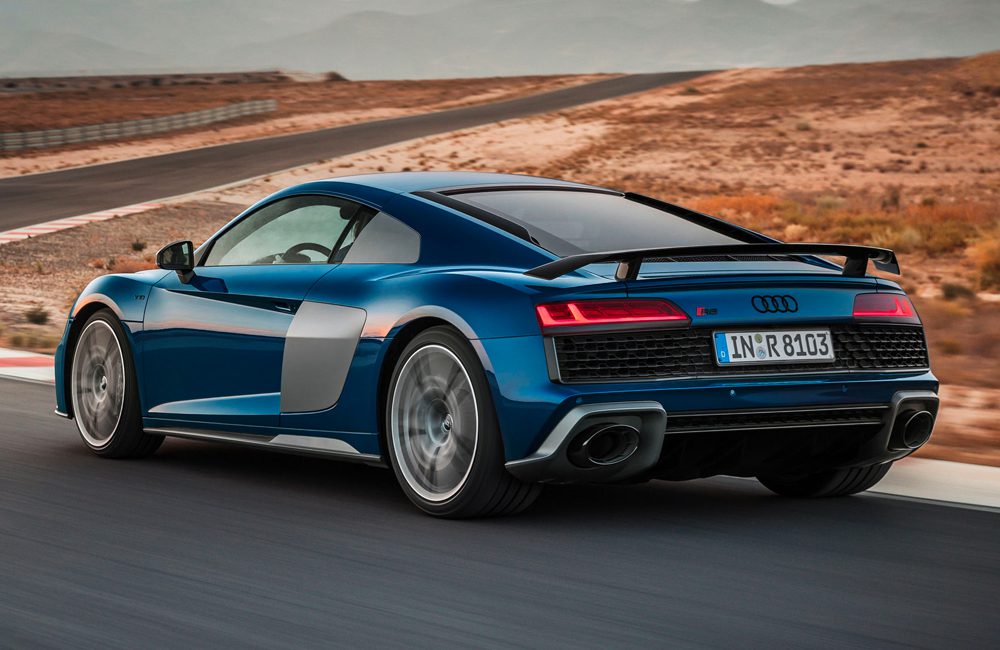 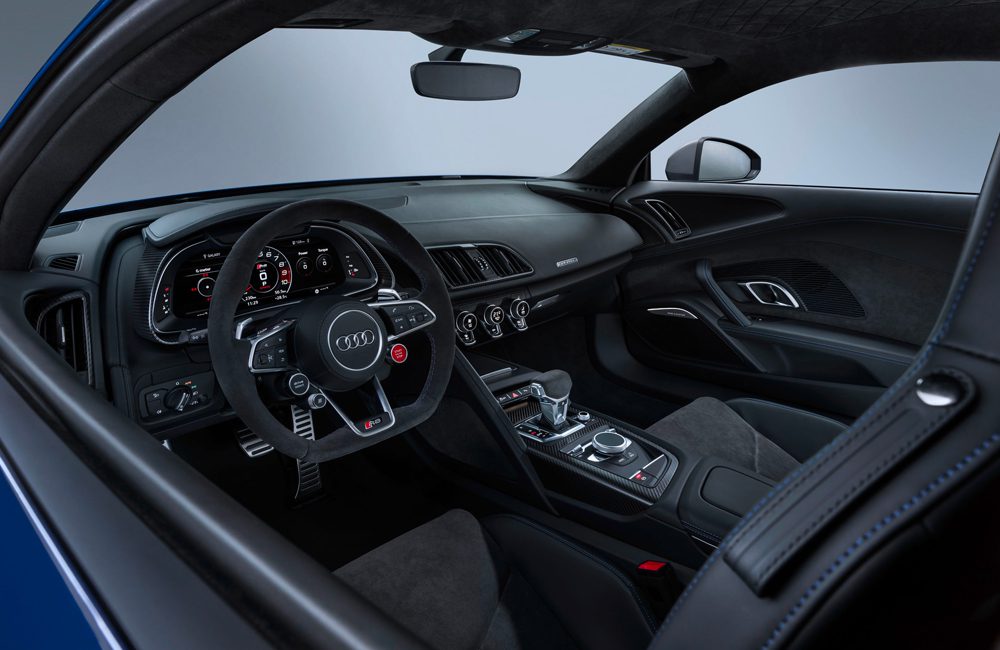 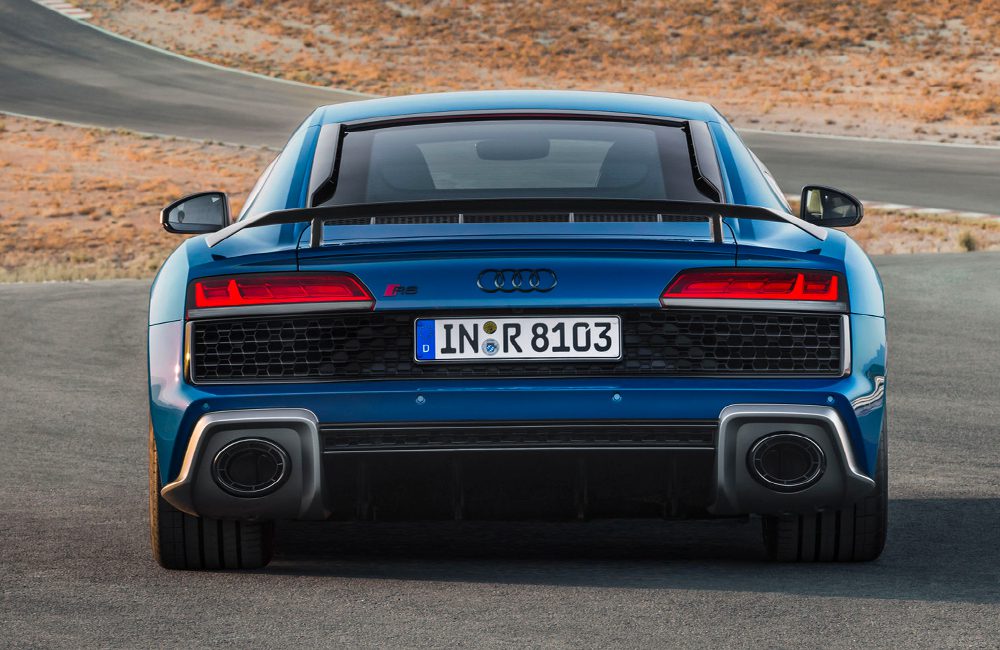 What the Nissan GT-R did for performance cars in the late 1980s, the Audi R8 did for supercars upon its reveal in 2007. Then a V8, with a manual transmission, the V10-powered car on sale today doesn’t have quite the same personality as the rambunctious original, but pick wisely and the top-spec Quattro Performance model (as fitted with those cool-sounding Magnetic Control dampers) channels the original’s brilliance with even more intensity.

That brilliance isn’t outright speed, ridiculous its performance may be, but the way it’s able to utilise that performance on the road on account of both its all-wheel drive system and the chassis’ outstanding ability to soak up even the roughest tarmac.

But the best bit is that you’ll have access to one of the most fascinating powertrains ever conceived by the Volkswagen Group (Audi’s parent company) – its intoxicating mixture of performance and that spine-tingling soundtrack are as desirable now as they’ve ever been. 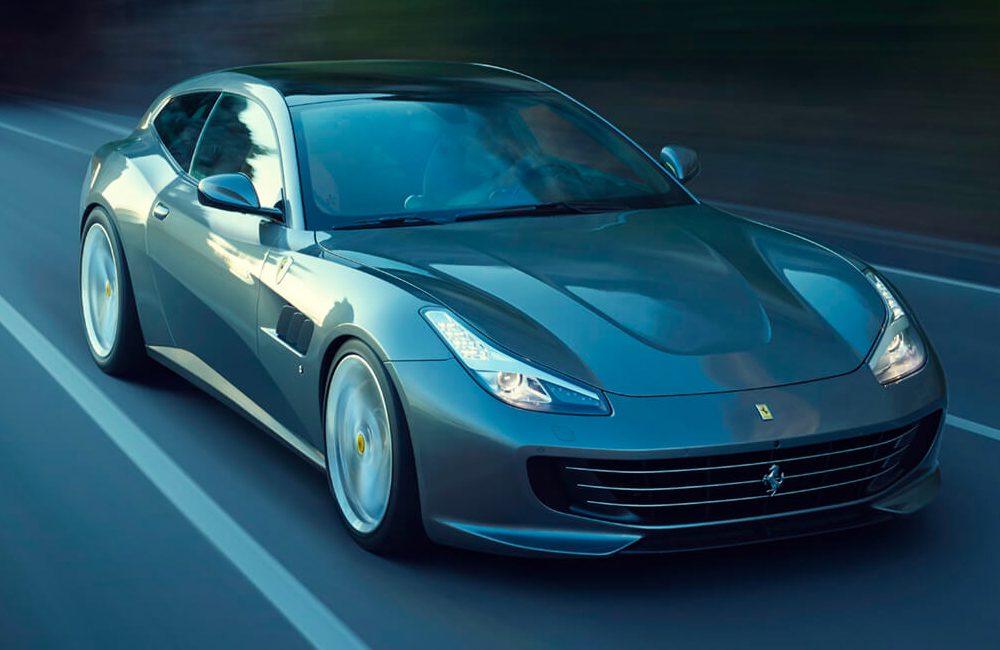 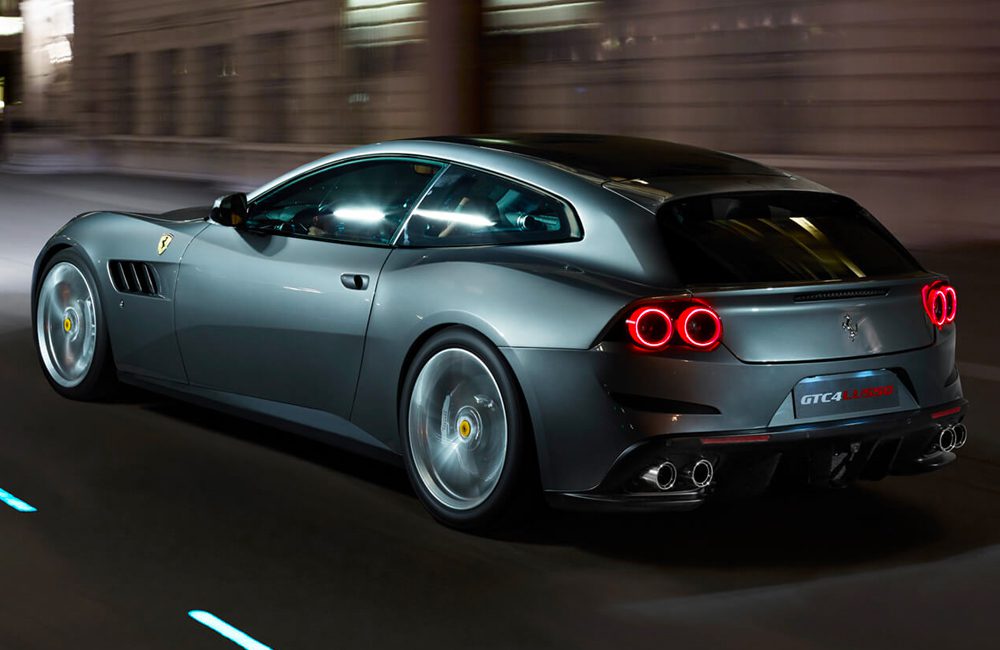 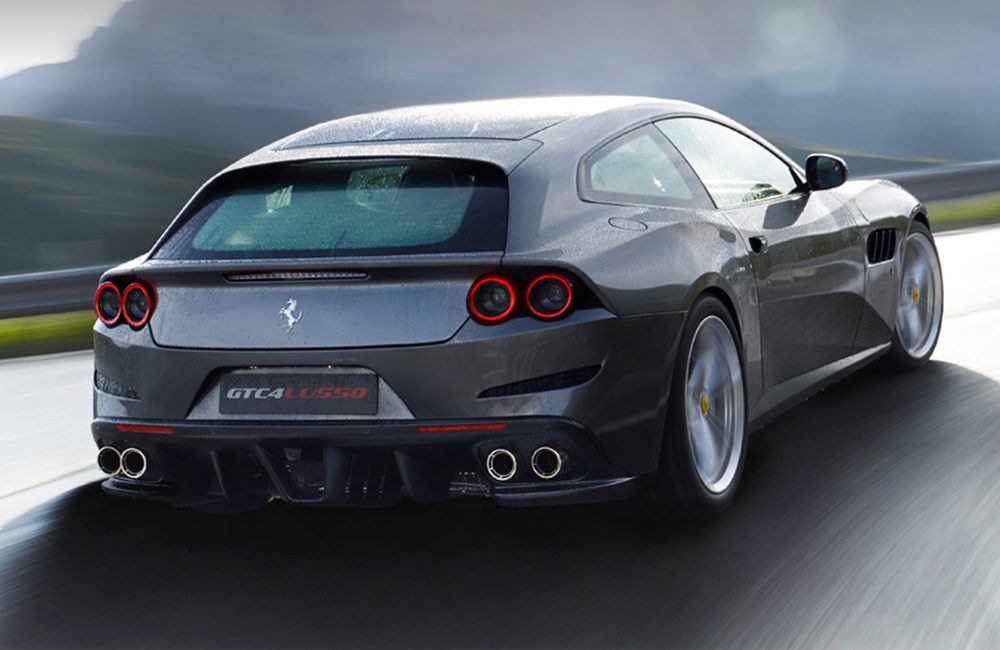 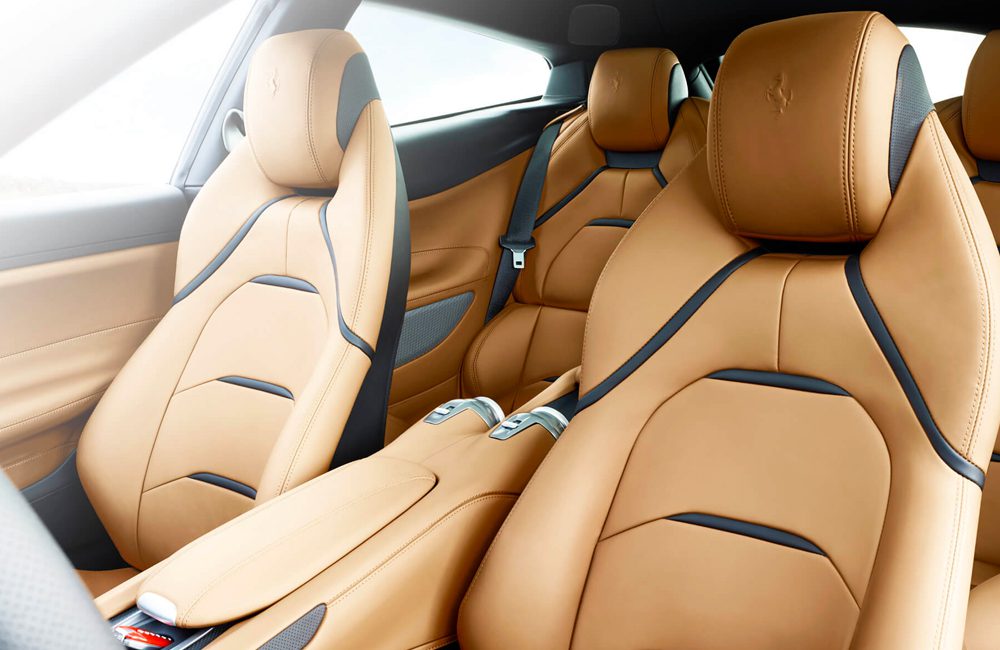 OK, so like the GT-R (and the M5 CS, come to think of it), the Ferrari GTC4 Lusso isn’t technically on sale any more, but that doesn’t stop it being probably the most extreme example of all-weather engineering by a mainstream manufacturer.

This makes the GTC4 Lusso the only series production sports car with one engine and two transmissions, a quirk that was doubled down on by its odd clown-shoe proportions and estate car-like rear end.

In reality, it did make the GTC4 Lusso an incredibly capable car, and one that holds its own very distinct appeal.