For our entire collective journey from swinging ape to well-shod gentleman, we’ve been dabbling with perfume. Since 7000 BC, in fact (or thereabouts). The Ancient Egyptians used resins and incense for rites and rituals, and the word perfume comes from the latin per fume, meaning ‘through smoke’.

Eau de Cologne – the style and type of concentration – was invented by Johann Maria Farina in 1709, while synthetic ingredients have been commonly used since the late 18th Century. And designer scents? “The men’s fashion market was born in the late 1950s, with the iconic launch of Monsieur de Givenchy,” says perfumer Azzi Glasser, founder of The Perfumer’s Story. “Brut by Fabergé (1968) brought in the famous fougère accord, which established the character for men’s fragrances and the start of many others,” says Glasser, who has created fragrances for Topman, Agent Provocateur and Bella Freud, and bespoke scents for many Hollywood actors. As a concept, designer fragrance really took off in the 1980s and 1990s. “The eighties was the celebratory decade where the fragrances were characterised by power, money and the ‘greed is good’ mantra, where fragrance itself had no boundaries,” says Glasser.

“The phenomenal launches of Drakkar Noir by Guy Laroche (1982) and Davidoff Cool Water (1988) were trailblazing winners. Calvin Klein’s Obsession for Men (1986) and Dior’s Fahrenheit (1988) both walked through the door before you did and made huge success through its molecular power. In contrast, the nineties was the decade in search of identity, and all about the mind, body and soul.”

It’s not hard to pinpoint why the latter half of the 20th Century produced so many distinctive scents; the ingredients lists were longer, retailers were less hungry for newness, perfumers had more time and the creative freedom to make a statement, and with less independents in the mix, they had a captive market. Global campaigns, first with chiselled models, then celebrity faces, helped turn the designer scent into a status symbol, and an entry point to a club with a prohibitive price tag. Off the back of this, designer brands began experimenting with ‘prestige’ collections in the late 2000s, competing against new luxury fragrance houses like Byredo and Le Labo, and to offer a sense of exclusivity that couldn’t be picked up in duty free. 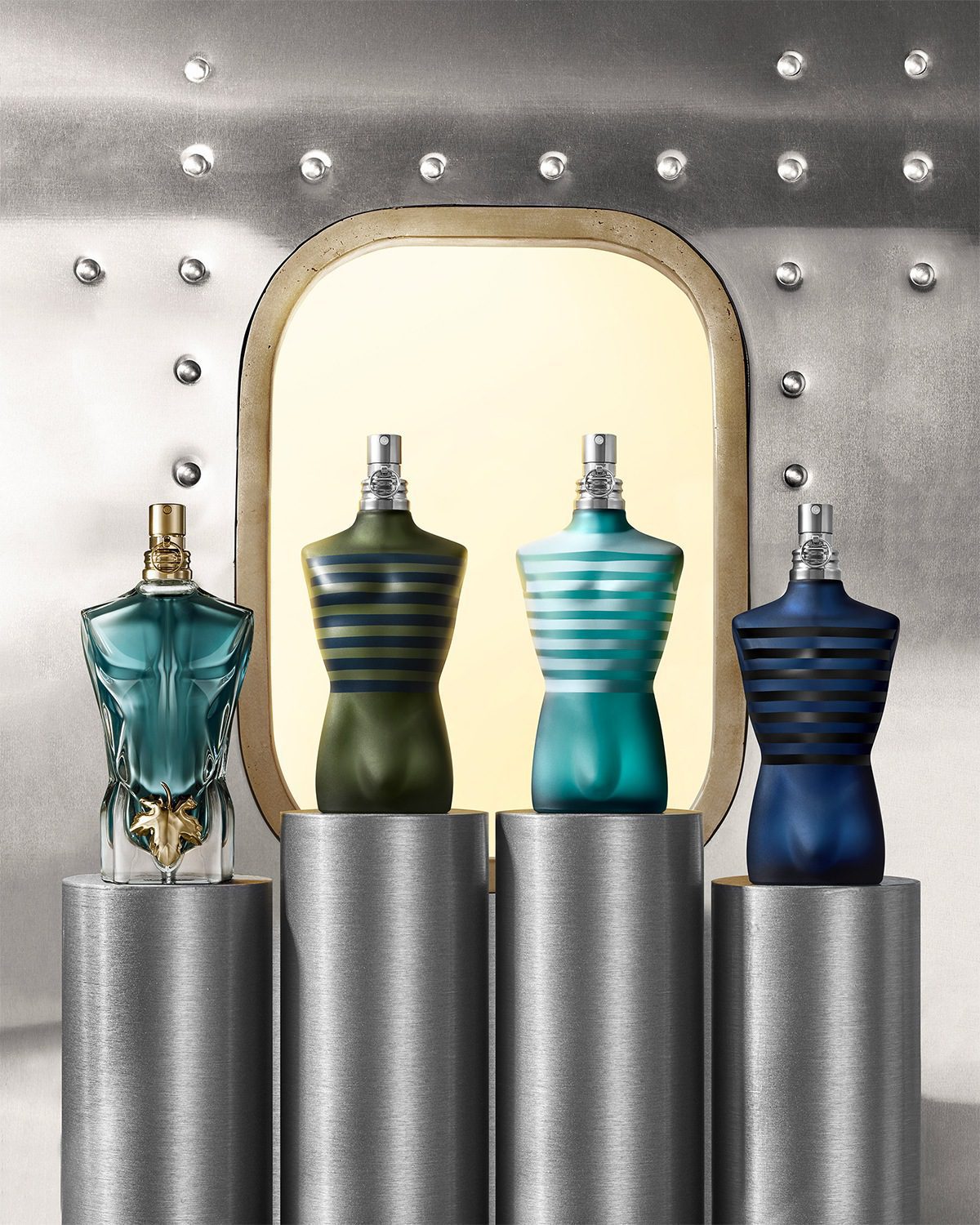 There are plenty of men’s scents that stand the test of time – even if they’ve been reformulated over the years. Glasser reels off a list of solid hits: “Dunhill Edition (1984) with its fresh spicy woody notes, Jean Paul Gaultier’s Le Male (1995) was a lovely surprise with its gourmand note of overdosed vanilla. The fabulous Jazz by Yves Saint Laurent (1988) was my favourite teenage men’s fragrance that I remember buying my first boyfriend, and Égoïste by Chanel (1993) is an all time classic – sophisticated, sexy and suave.”

So which designer scents deserve a spot in your collection? Here we rundown the most iconic names in the business and the fragrances worth a sniff from each.

On the hunt for new designer scent? Chanel is always a good a place to start. Jacques Polge gifted the world a strong suit of spritzes during his rein from 1978-2015 as Head Perfumer at the French label: Platinum Égoïste has a smell of flash uncles in fast cars, Allure Homme Sport – a fine ‘sport’ edition – and the last big crowdpleaser, Bleu de Chanel, all make solid choices.

Less well known and all the better for it, Sycomore is a very smoky blend of vetiver, cypress and juniper that’s distinctive without being overpowering.

In Christian Dior’s substantial portfolio, Eau Sauvage is the cornerstone of great men’s scents. Created by Edmond Roudnitska in 1966, it’s a bold yet refined citrus. Fahrenheit is also truly unique.

Known for craftsmanship and quality, French luxury brand Hermès had many hits with Jean Claude Ellena during his time as in-house perfumer between 2004 and 2016.

Eau d’Orange Verte, Voyage d’Hermès and Eau de Poivre Samarcande are some of his best creations for men, but the ultimate is Terre D’Hermès. This modern classic feels older than its 15 years because of its iconic, instantly recognisable notes of grapefruit, pepper and vetiver.

Chief exporter of American cool, Calvin Klein had a hugely successful time in the eighties and nineties pushing heavily logo’d underwear and a flurry of famous scents including Eternity, Obsession and gender-fluid front runner, CK One. The label has had a harder time capturing the zeitgeist ever since, with Encounter, CkIn2u and Calvin Klein Man falling by the wayside.

Hopes will be pinned on Richard Madden, the face of imminent launch Calvin Klein Defy, to turn that around. At the moment, we’re sticking with the nineties and spritzing the original, and still the best: the herbaceous Eternity for Men.

The Armani designer suit has long been a Wall Street/Hollywood status symbol. The Italian label has also made notable contributions to the world of men’s fragrance since 1975. Acqua Di Gio was one of the iconic marine scents of the nineties, while Oud Royal is one of the best from the Armani Privé Collection.

Two of the greats – Armani Mania and Attitude – were discontinued, but you can still hunt down the latter on eBay. So, let’s doff our cap to the smoothest of vanilla-tonka operators, Armani Code. This recent Eau de Parfum captures the evocative aroma of the mid 2000s.

From a small Milanese luggage store founded in 1913, Miuccia Prada took over the family business in 1978 and began creating the nylon backpacks and tote bags that would make the brand a global name in 1979.

Daniela Andrier, one of Prada’s long standing perfumers, is behind the standout men’s fragrances: one of our favourites, Prada D’Infusion Homme, a powdery iris that conjures a shower fresh, luxury soap vibe seems to have been discontinued, but Infusion d’Iris is a close equivalent. The original, Prada Amber Pour Homme, smells relevant and timeless.

Since Alessandro Michele took the helm as Creative Director, the Gucci fragrance line has taken more risks in step with the catwalk collections. Daring can mean polarising, but you don’t create a following by sitting on the fence.

Green and bookish, Memoire D’Une Odeur, leathery Gucci Guilty Absolute and the latest Gucci Guilty Eau de Parfum all have something to say. The latter is a rich scent with top notes of rose, balsamic vinegar, red chilli and salt. Sounds like it won’t work, right? Oh, it does.

Unlike Chanel and Dior, Louis Vuitton shelved its early forays into fragrance. The absence of a fragrance line always felt like a missed opportunity for the leather goods behemoth, so Les Parfums Louis Vuitton was hotly anticipated when it launched in 2016.

With 28 fragrances by master perfumer, Jacques Cavallier Belletrud, this well-crafted collection has something for everyone. Admittedly LV is pricey, but the unboxing is an event in itself.

When it comes to picking our favourite scents: L’Immensité is super easy to wear, Ombre Nomade ticks the sultry oud box and then there’s the feel-good citrus of Afternoon Swim. The latest release, Imagination, is another really pleasing number with good staying power which opens with an uplifting, fresh citron, giving way to a warm dry down of cinnamon, black tea and ambroxan.

Azzi Glasser already gave a shout out to the eighties classic, but we will happily douse ourselves in the more recent efforts of Dunhill Icon and Dunhill Century.

Driven takes inspiration from the brand’s motoring heritage, and in a nod to the fashion house, the gear-style cap and abstract print comes from the current spring/summer collection by Mark Weston. The nose, Dave Apel, has taken red apple, bergamot, cardamom, rose and cedar wood to create a fragrant, fruity aroma.

Valentino has a much shorter archive of men’s scents to plunder. Under Pierpaulo Piccioli and Maria Grazia Chiuiri the high-fashion house had a major comeback that began in 2008.

As part of the renaissance, it brought out a new signature for men, Valentino Uomo, created by Olivier Polge (son of Jacques). It has a fresh opening of bergamot and myrtle, but it’s the edible notes of hazelnut, chocolate and roasted coffee beans that will keep you coming back for more.

t’s rare to find a flanker that brings something to the table, but the 2018 Boisée edition of Givenchy Gentleman has a softer, woodier edge, with a touch of pepper and cacao. Meanwhile, the big hit of the late nineties, Givenchy Pi has a very memorable sweet vanilla note that will continue to charm new fans.

YSL is home to some great scents, including Spicy oriental, YSL, and the dirty musk of Kouros and M7, which has the fingerprints of Tom Ford’s time at the house.

Y was created in 2018 by perfumer Dominique Ropion. Described as an intense woody fougere, it’s composed of bergamot, primofiore lemon, ginger, elemi with Clara sage and cocoa blossom, balsam and grey amber accord. It’s a crowd pleaser – give it a spritz and bask in the compliments.

As a relatively young fashion house that began in the mid eighties, Dolce & Gabbana have secured a handful of hits over the years. The men’s journey began with the typically titled Dolce & Gabbana Pour Homme in 1994, which was relaunched in 2012.

There’s no doubt that David Gandy and his white Speedos have done a lot for the Dolce & Gabbana Light Blue cause, but we’d always lean towards solid all-rounder, Dolce & Gabbana The One For Men. With a fresh opening of grapefruit and basil, and a warm spicy base of amber, tobacco and cedar, it lends itself to all seasons.

It’s over a quarter of a century old and we’re onto the 46th instalment of Jean Paul Gaultier’s hugely successful men’s fragrance, Le Male. With a streamlined list of ingredients – bergamot, geranium, tonka bean and amber – the latest flanker, On Board, ups the citrus and downplays the signature vanilla. Green, fresh and ideal for hot weather.

The popularity of a scent is often pegged to the peaks and troughs of a label’s fortunes. Versace has been trending upwards for a while now, and Dylan Blue, launched five years ago, is riding the wave to becoming a modern classic. This fougerè fragrance type contains fig leaves, papyrus, violet, black pepper, saffron and incense. It has a fresh sensation with water notes and very good longevity. 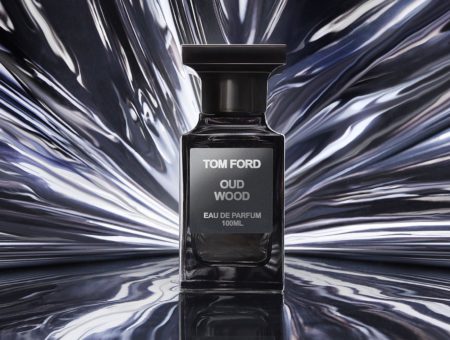