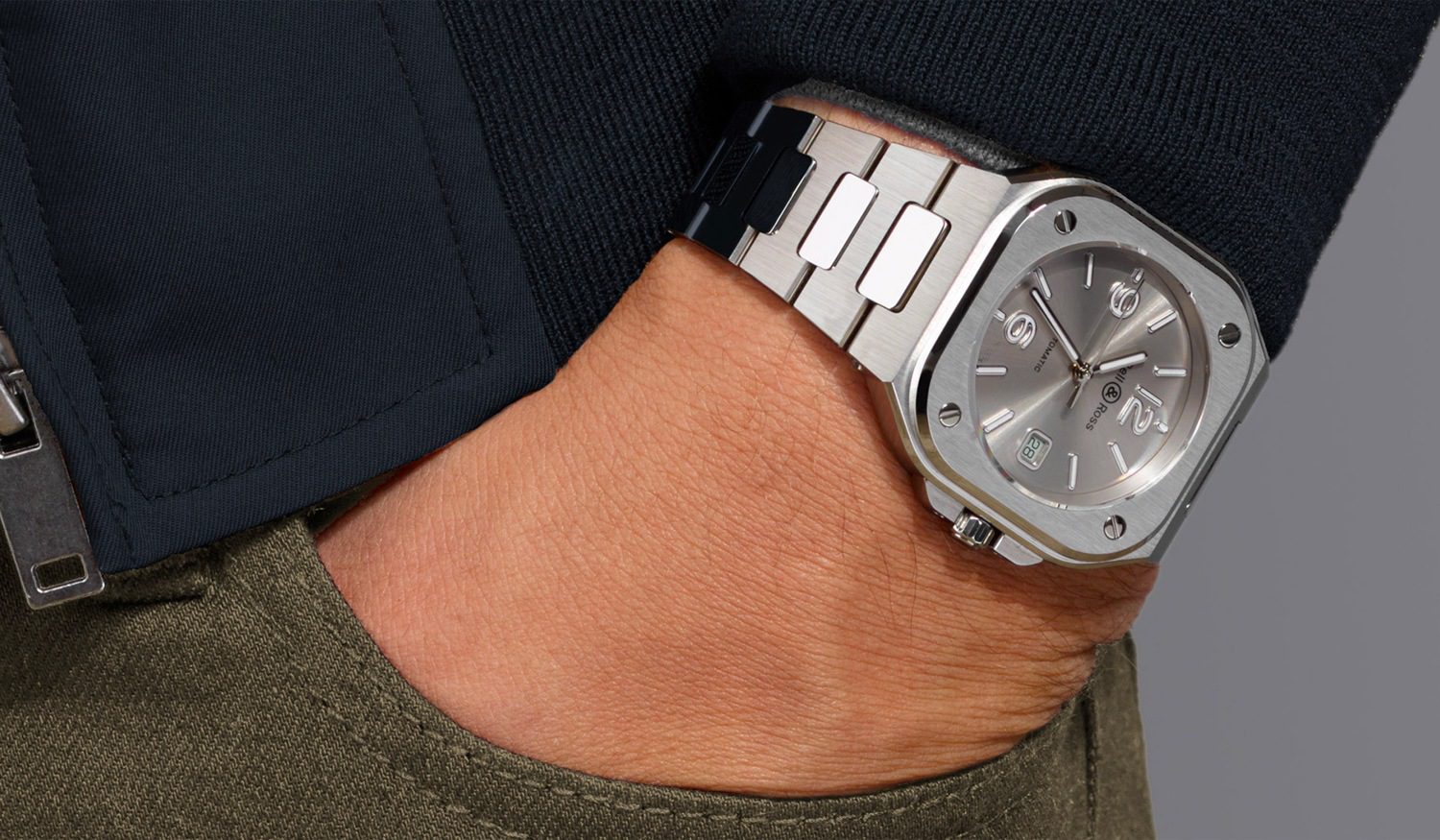 It has been a good year. Well, in watchmaking terms at least. Retro has been the name of the game for the majority of the last 12 months, with brands aplenty wheeling out some seriously cool archival pieces and vintage-inspired newbies to their collections that would have suited the 1960s nicely.

That’s led perfectly into the last few months, where 1970s sports luxe a la Gerald Genta – creator of the Audemars Piguet Royal Oak – has been in the spotlight, with some unexpected marques taking part in the elegantly industrial zeitgeist.

Despite there being a vast number of releases, though, there are some that have stuck in my mind more than the rest. Out of the sea of reissues and Genta wannabes, some timepieces have stood out through their individuality, technical novelty or just nailing what they set out to create. Here are the five that at the end of the year are still on my most-wanted list. 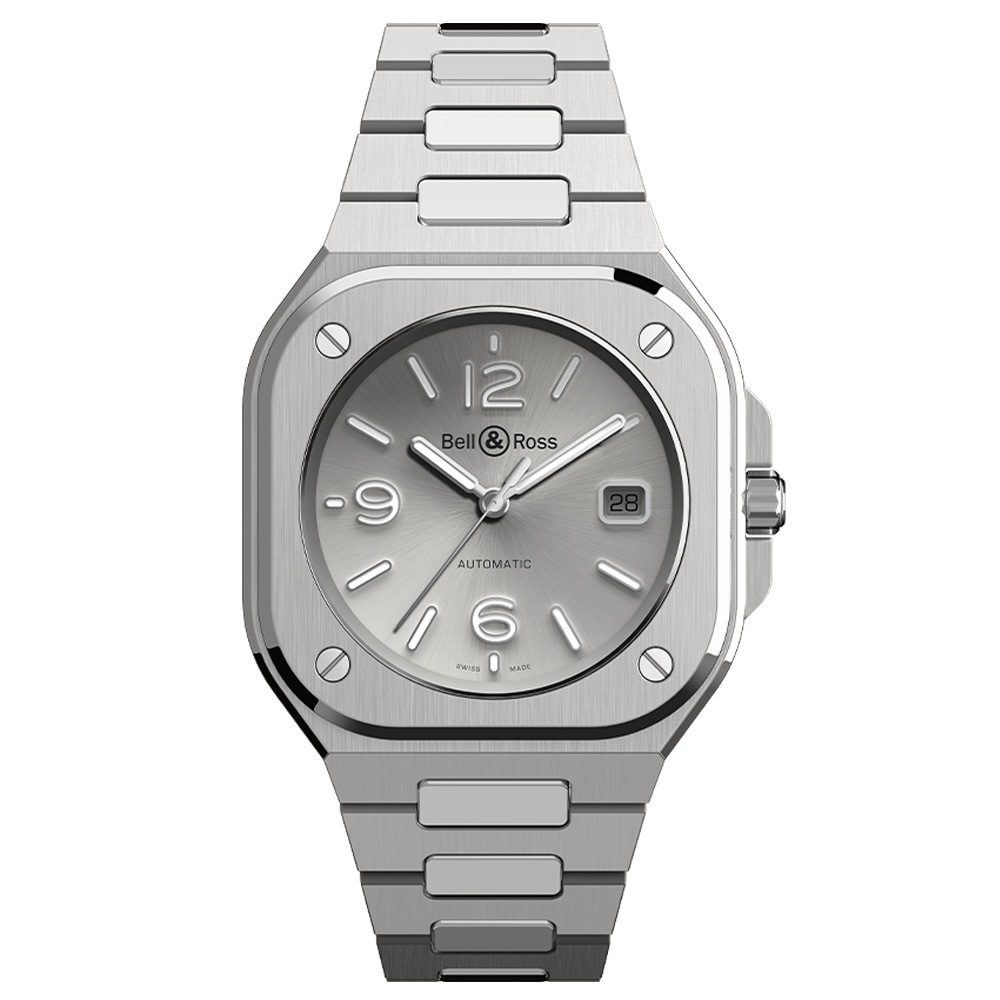 One of the earlier watches to latch onto the Genta aesthetic – before Chopard and Lange & Sohne, after Urban Jurgensen – the BR05 is a perfect addition to the signature Bell & Ross cockpit aesthetic. Rather than the retro travel clock square of their signature collections, the rounded edges and tiered case make for a more elegant take on aviation.

The integrated bracelet and visible bezel screws are very Royal Oak / Nautilus, but at just under £4k it’s a far more accessible price tag. Not that that’s saying much, of course. It comes in a good number of colours and I can see the blue version being most popular. For me though, there’s something sleek about the silver on steel that I absolutely love, especially on the bracelet rather than the rubber strap. 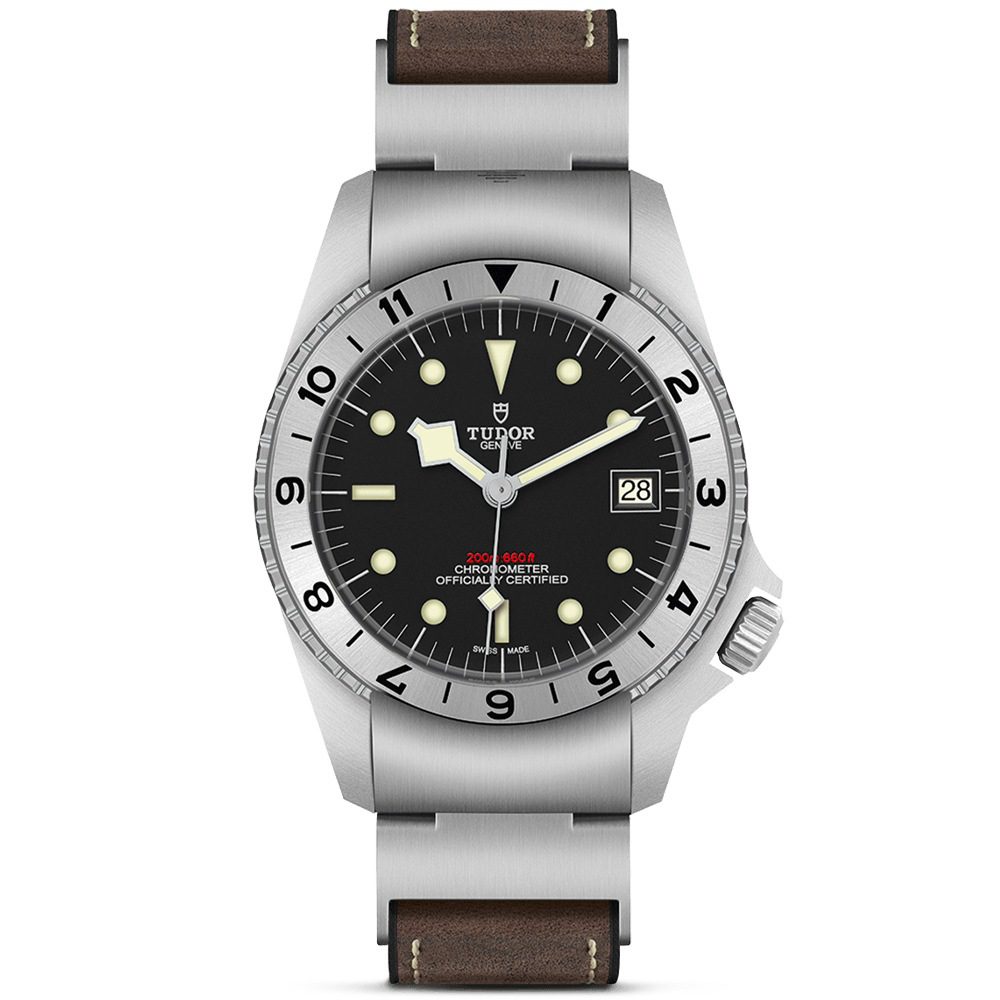 Proof, if we needed it by now, that Tudor can do no wrong, even when they take the kind of risks that Rolex can and will not. The P01 looks retro but you won’t have seen it on any wrists before; that’s because it’s actually based on a 1960s prototype, a watch created for the U.S. Navy but never put into production.

The core of the watch is its novel bezel-locking mechanism to keep the diving scale from slipping while you’re underwater – a potentially fatal hazard. It takes the form of a claw at 12 o’clock that you can click in place before plunging in. Throw in an off-centre crown and odd strap system and you have a seriously cool diver with the reliability of Tudor’s Black Bay line, thanks to the MT5612 movement.

Like anything Tudor seem to be doing, it’s also incredibly well-priced – a future collectible if ever there was one. 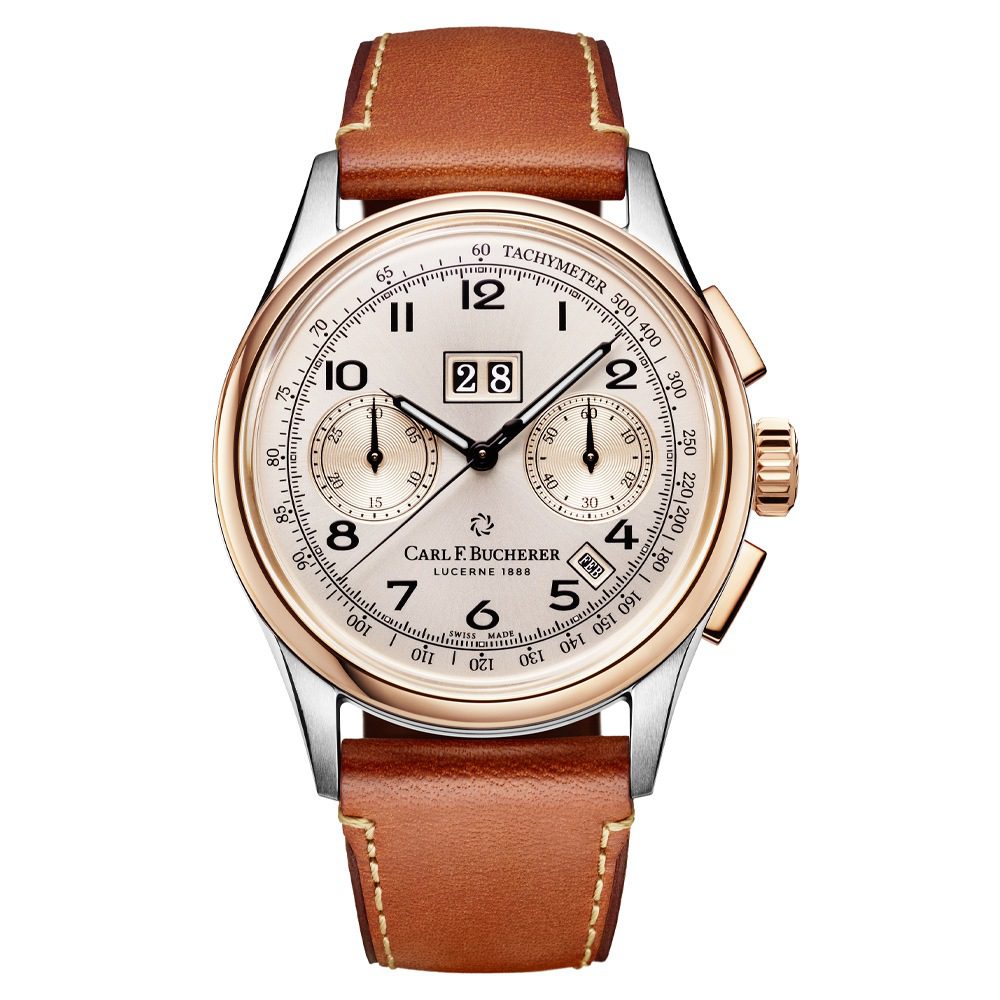 I’m a sucker for vintage racing watches and Carl F Bucherer hit the nail on the head with their new slant on their own salmon-dialled 50s chrono. While they’ve toned down the fishy pink to a calmer golden colour (I think they’re missing a trick there), the case is lovingly faithful, right down to the elongated stopwatch pushers and lume-filled syringe hands.

This being an annual calendar rather than a perpetual, it doesn’t take into account leap years so sorry, you’ll need to set it once every 48 months. The two-tone rose gold and steel look is a lovely foil for the champagne dial that lands somewhere in-between the two. Eight grand isn’t a cheap watch, but you get a lot of horology for your money, especially with the solid CFB 1972 caliber movement inside. For my money, despite a full grid of competition, this is the best retro racer of the year. 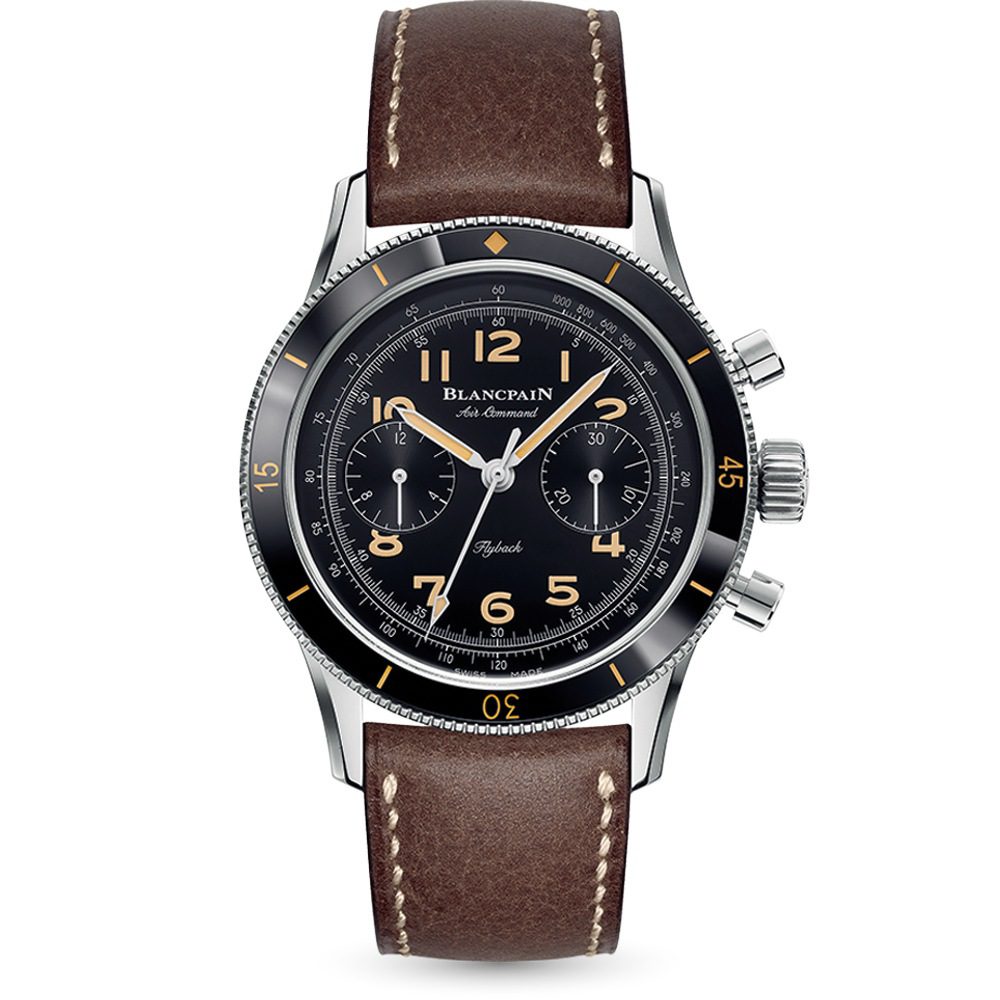 Yes, this particular watch has a hefty price tag, but it is a Blancpain. More than that, it’s an aviation-style Blancpain which, given that their bread and butter is the phenomenal Fifty Fathoms, is a bit of a rarity. In fact, this model has a fair bit in common with the P01 above in that it too was a prototype that never made it to full production. Well, a handful were made, but good luck getting hold of one of those without re-mortgaging your Central London apartment.

Originally created for the US Air Force, this 500-piece limited edition is about as faithful as possible. In fact, you need to look pretty closely at both this and the original side-by-side to notice the subtle alterations to the dial. That said, the movement is brand new as that’s an area that Blancpain’s only gotten better at over the last few decades. The Caliber F388B has a decent 50-hour power reserve and is nicely decorated with a propeller-shaped rotor. Not exactly vintage, but a nice touch all the same. 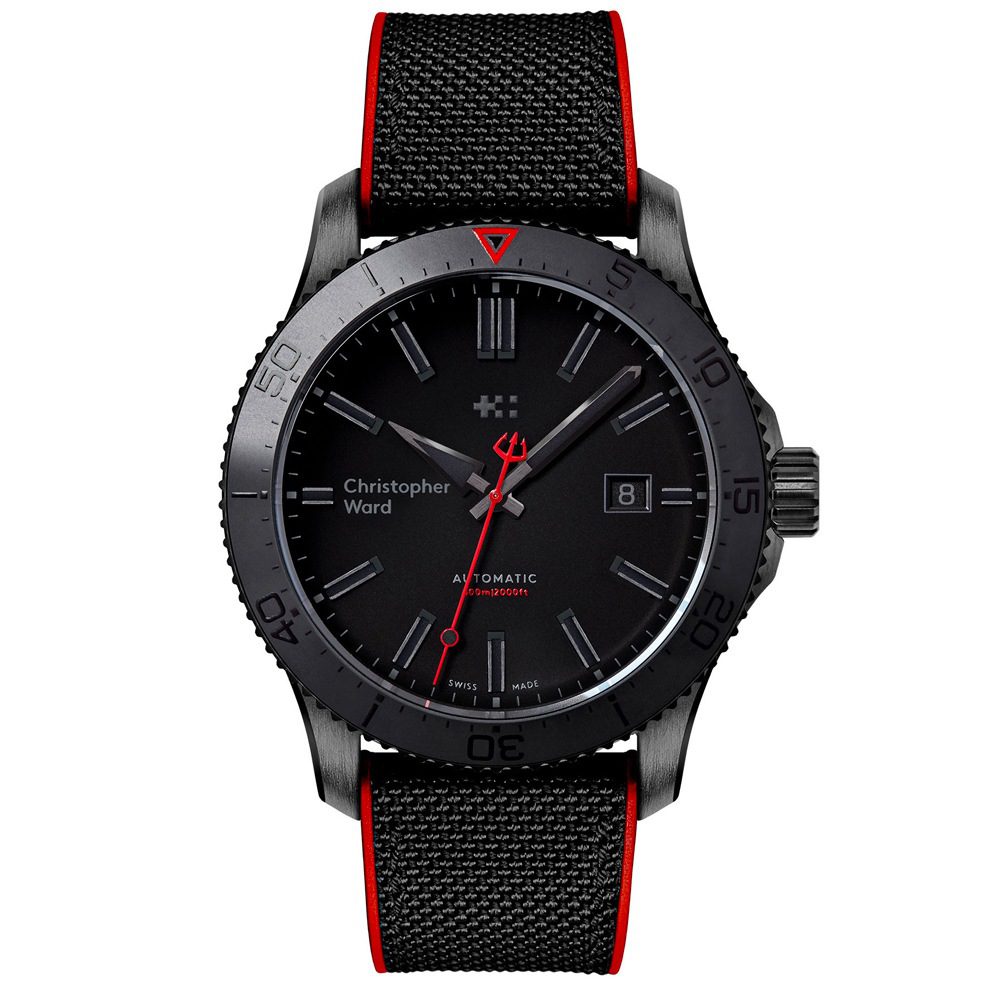 Honestly, I wanted to put a Longines Heritage piece in but given that three of the four other watches are reissues (or thereabouts) another might be a bit much. Plus, Christopher Ward has been killing it in the affordable bracket this year and definitely deserves a place, either for their Trident divers or this cool, stealthy take on the same marine formula.

The C60 Abyss reads like a must-have of diving watch functions: 600m water resistance, a unidirectional rotating bezel and a rock-cracking case. Like Tudor’s all-black watches, this model is lavished with black lume, making it a little easier to read in the dark than in daylight. That might seem counterintuitive, but it means that when you need it underwater you can see it at a glance; when you don’t need it, it’s an incredibly cool accessory. Throw in a few sporty flashes of red and you’re looking at a watch that definitely outweighs its modest price tag.