The 70s gets all the credit for sticking it to the man, but really the 60s is where it all began. It was a decade of two halves, certainly in terms of style. At the start, many played it safe with slick, Mad Men-style tailoring and preppy Ivy League classics. But as the culture changed and the 60s really got swinging, the clothes got brighter, bolder and edgier.

Ultimately, the 60s became a decade of experimentation, Mod culture, psychedelics and freewheeling bohemians – less JFK, more Jimi Hendrix. It certainly left a mark, sparking trends that are just as cool today, daddy-o, as they were back then. Mod style is one of the 60s’ biggest legacies – in fact, it’s never quite gone away – and the Harrington jacket is about as Mod as they come. It’s one of those classics that’s managed to remain virtually unchanged for decades – you’ll still find the same cropped fit and upturned collar today that you might have 60 years ago.

Though some contemporary iterations have ditched the tartan lining, we’re pretty partial to it – and there’s no denying the attitude it adds. Baracuta’s G9 Harrington is the original, and some would say best, though luxe wool and suede versions aren’t to be sniffed at. A pair of well-polished Chelsea boots are pure 60s rock ’n’ roll: sleek, sexy and a little bit dangerous. They’ve been around for generations – legend has it Queen Victoria wore them for walking – but it was in Chelsea, the epicentre of the swinging 60s, that they became cool.

Modern Chelsea boots fall into two camps: those faithful to the era, beautifully supple and preferably with a stacked Cuban heel (think Saint Laurent); and rugged, clompy Chelsea boots more in keeping with the ‘ugly’ shoe trend (Botega Veneta, et al). Wear the former with razor-sharp tailoring; the latter with cargo pants or denim. Either way, go for a slightly cropped fit to show off what’s underneath. 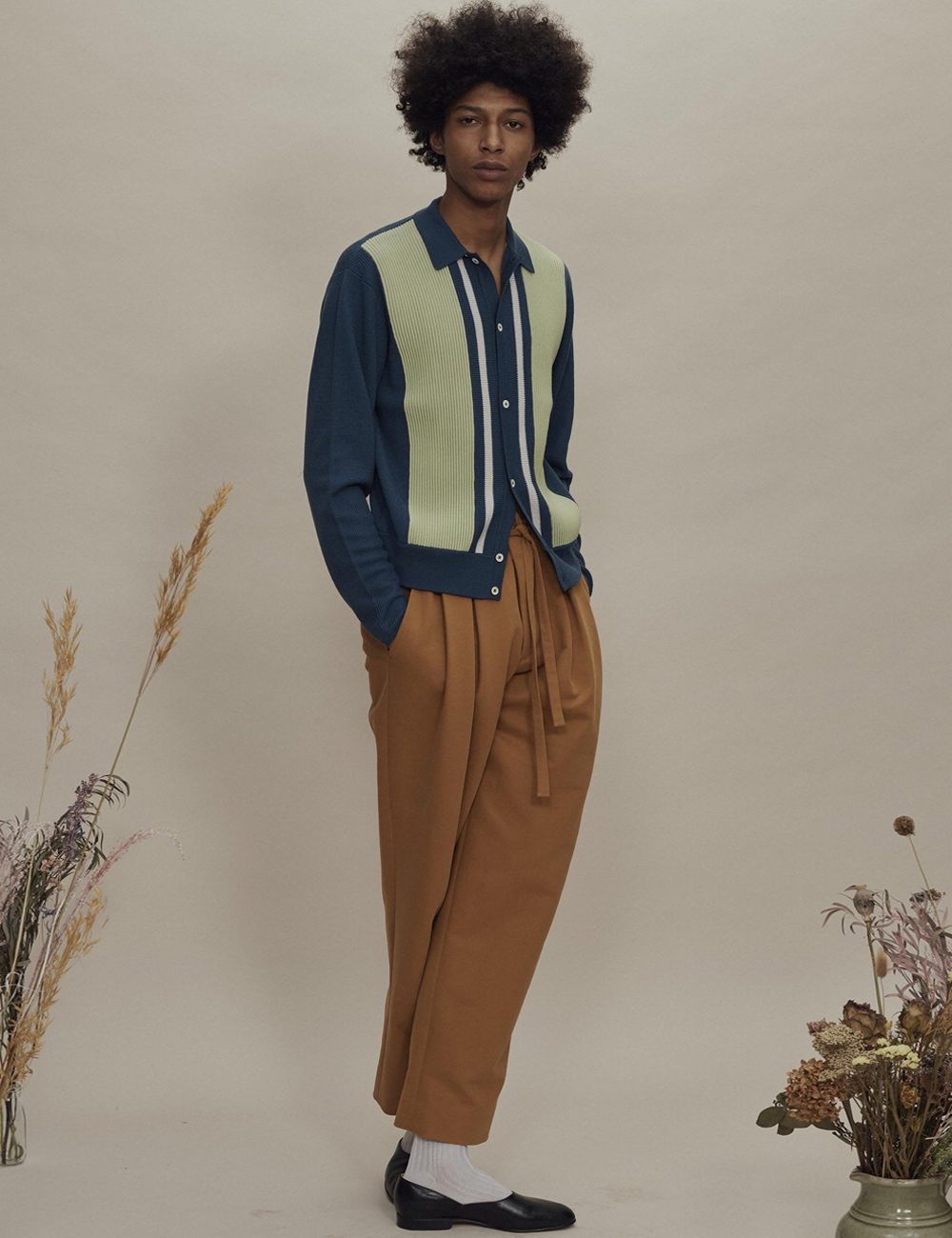 Right next to the Harrington in the Mod hall of fame is the knitted polo shirt, which, if you’ll allow us, we’d like to argue is the finest garment ever created by man.

There’s something pleasingly ‘done up’ about the knitted polo, thanks to its tidy collar and close fit, but at the same time it’s inherently relaxed. And it’s also pretty damn comfortable, so long as you’ve chosen one in a soft, natural wool, like merino.

Knitted polos lend themselves naturally to colour and pattern, and are incredibly versatile – you can wear them with chinos, jeans, shorts and even suits. For authentic 60s style, choose one with a sharp stripe or contrast placket. 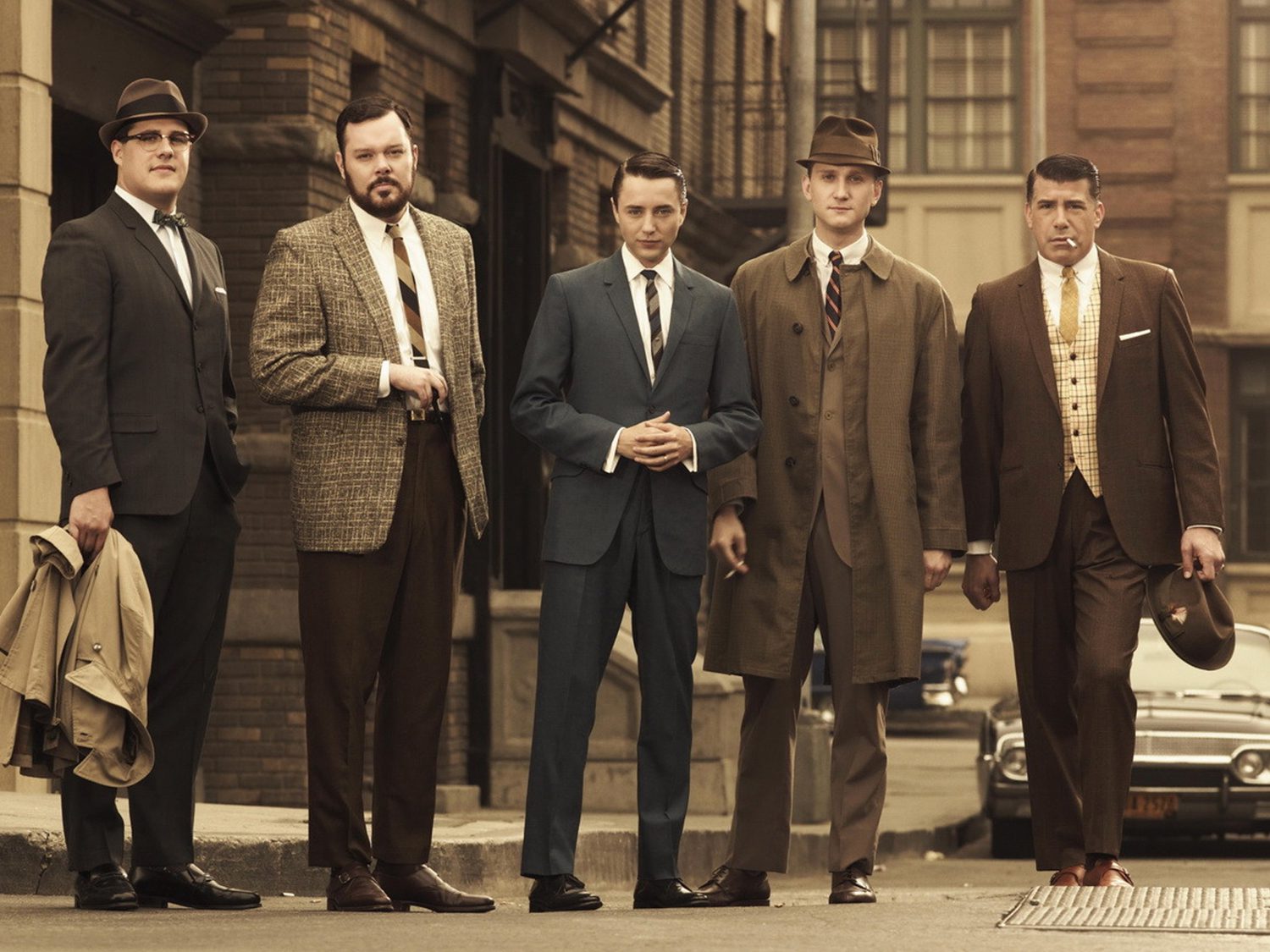 Never has a television series exerted quite so much influence on the way men dress as Mad Men. Arguably, the show is what kickstarted the entire 60s revival, which is still going strong more than a decade after the show debuted.

Shortly after it began airing in the late 2000s, suits were suddenly cool again – specifically, the neat-fitting businesswear of the early 60s recreated so eruditely by the show’s costume designers. Those 60s suits were an evolution of the cookie-cutter 50s – fairly subdued, in respectable greys and blacks, but with a closer fit, narrow lapels and always worn with a slim tie. At the start of the decade, Ivy League style was synonymous with the American dream. More formal than the 80s wave that followed, the 60s version of preppy dressing was nonchalant but well-heeled – think Oxford shirts with knitted ties and the ubiquitous tweed jacket.

The current preppy trend borrows from this simplicity, mixing in streetwear for a subversive take on aspirational. Wear your tweed oversized with slightly-cropped trousers, or – though it would have been sacrilege on the Ivy League scene – straight-legged jeans. 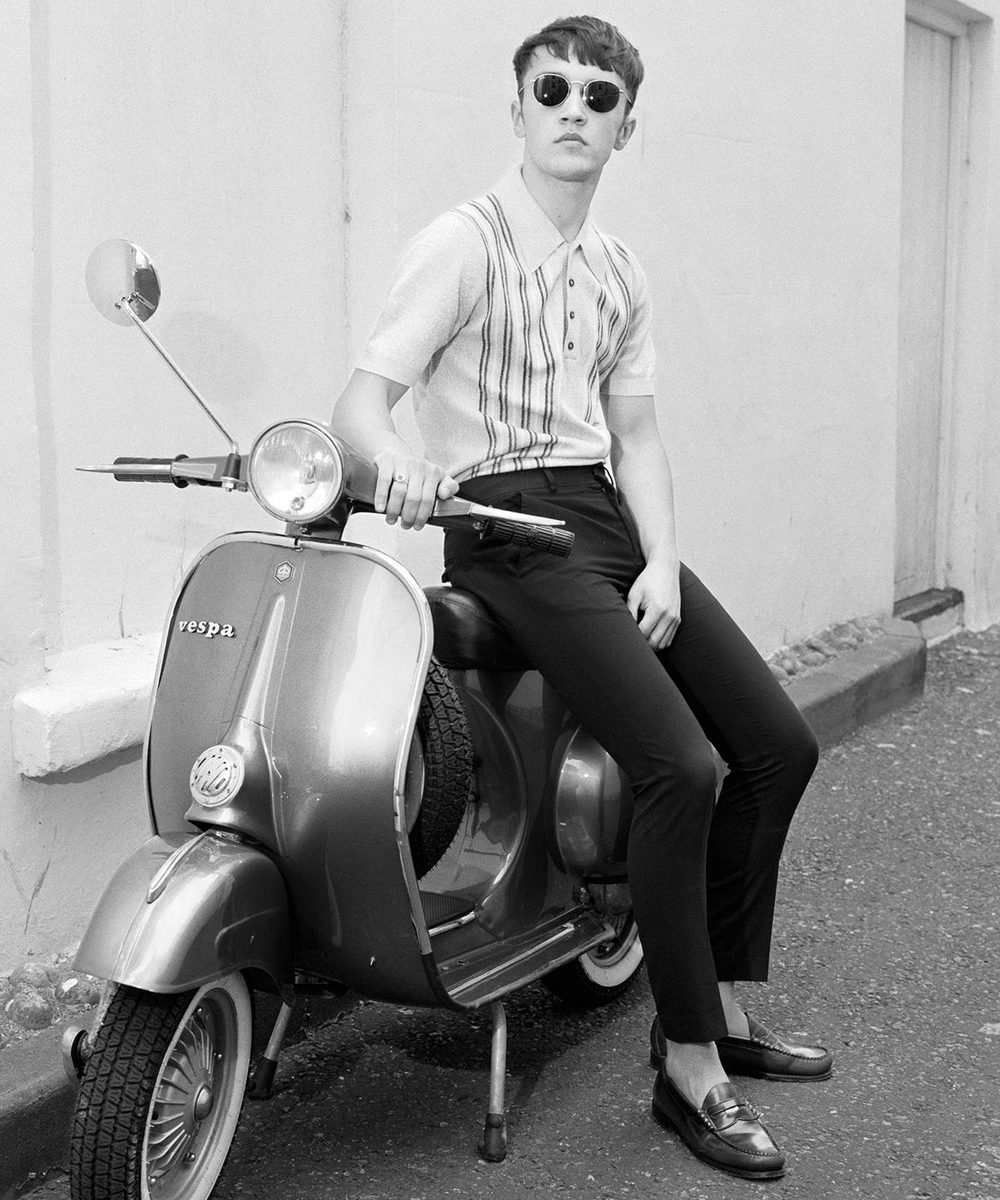 The holy grail of 60s Ivy style? The penny loafer, which today goes with anything from raw selvedge denim to sweatpants (the trick: brown loafers with chunky lug soles, bright, retro sweats and a who-cares attitude).

Back in the 60s, it was all about Bass Weejuns, which are still among the best loafers for men on the market. In the 60s, black roll necks were a sign of revolution – worn by women, men, beatniks and Black Panthers, usually with a black beret for good measure. Unsurprisingly, they’ve stuck around ever since.

When slotting one into an outfit, fit and finish are key: you want something slim but not clingy (muscle fit is a banned word around these parts), and made from a soft natural wool like cashmere or merino. A decade is a pretty long time, and over the 60s, the way men dressed shifted rapidly. Look at the Beatles, who burst onto the scene in black and grey tailoring, and imploded 10 years later in a supernova of colour and pattern. Paul, John, George and Ringo had, like so many others, had their horizons expanded by LSD – the music got weirder, the outfits too.

To be clear: we’re not advocating hallucinogenics, nor Sgt Pepper-style satin. But loud, psychedelic prints have been big news for a while now, with everyone from Dries Van Noten to Palm Angels going trippy on us with distorted prints and acid neon hues. Go all out with clashing prints and colours, or keep things simple with a brash, psychedelic shirt, white tee and simple black trousers. It wasn’t just the LSD opening minds in the 60s – the latter part of the decade saw what’s since been dubbed the Peacock Revolution, as men freed themselves of the expectations of masculinity set upon them and embraced fun, frivolity and flamboyance: think Jimi Hendrix’s velvet suits, suede jackets, paisley shirts and bohemian blouses.

Here’s a trend that feels especially pertinent to today, when gender norms are being broken down more than ever. Start gently with silk, pyjama-style shirts in floral and paisley prints, or broad-lapelled velvet jackets in soft pastel tones.