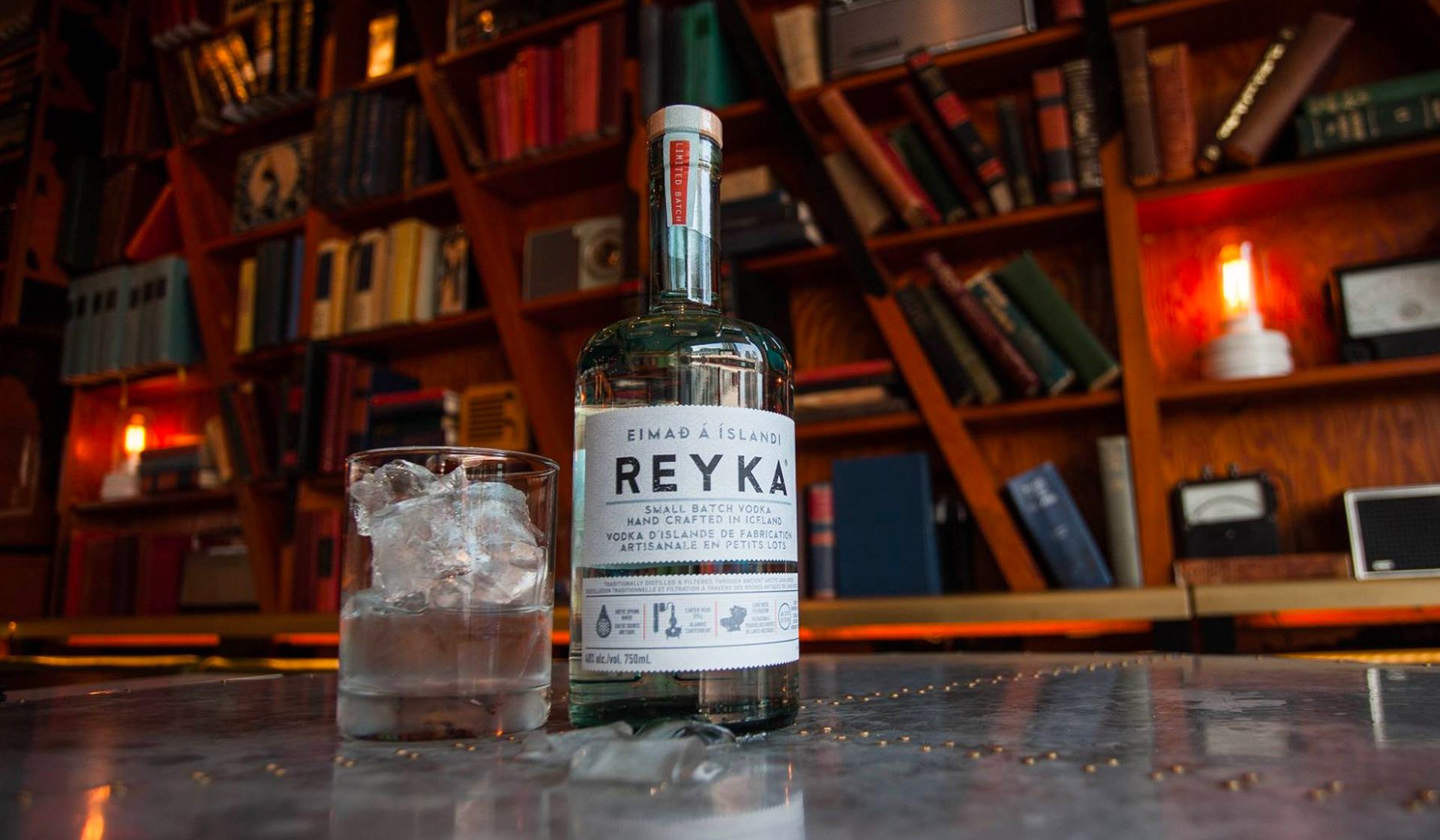 Gone are the days when vodka was simply the cheapest route to intoxication. An industry reset in the 1990s saw to that, with some of the world’s most respected and well-known brands appearing during that time.

Add in the recent wave of new craft and artisanal distillers, and there are now more premium and super-premium vodkas on the market than ever before. The choice is incredible – whether you need it for mixing, making that perfect martini or splashed over some ice. Here we look at some of the best examples out there. 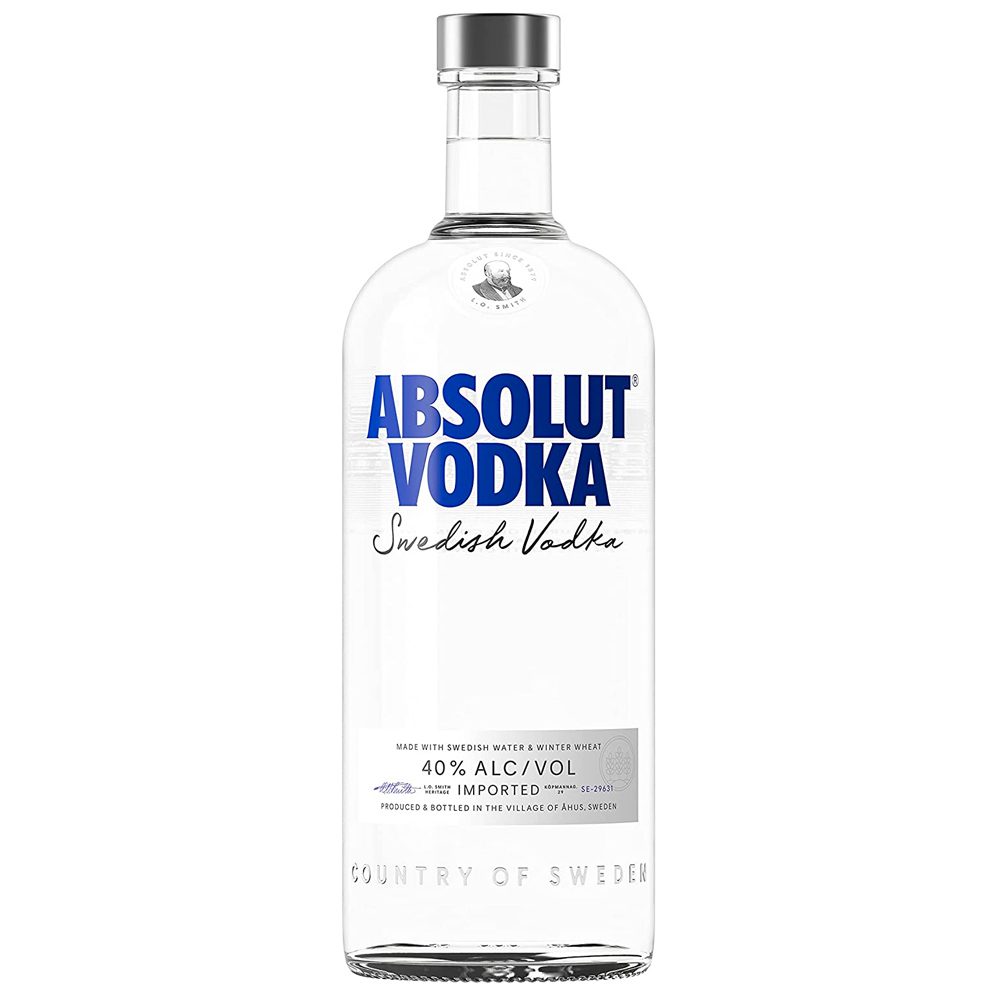 Absolut is one of the oldest vodka brands established outside of the drink’s origins in eastern European. The distillery was founded in Åhus in southern Sweden in 1879 and was only available in its home country for a century. Then, in 1979, it was introduced to the world and has gone on to become one of the biggest global spirits brands.

Absolut is also known for its collaboration with artists, which now includes over 500 works. This began in 1983 with Andy Warhol and has gone on to include names such as Damien Hirst and Helmut Newton. 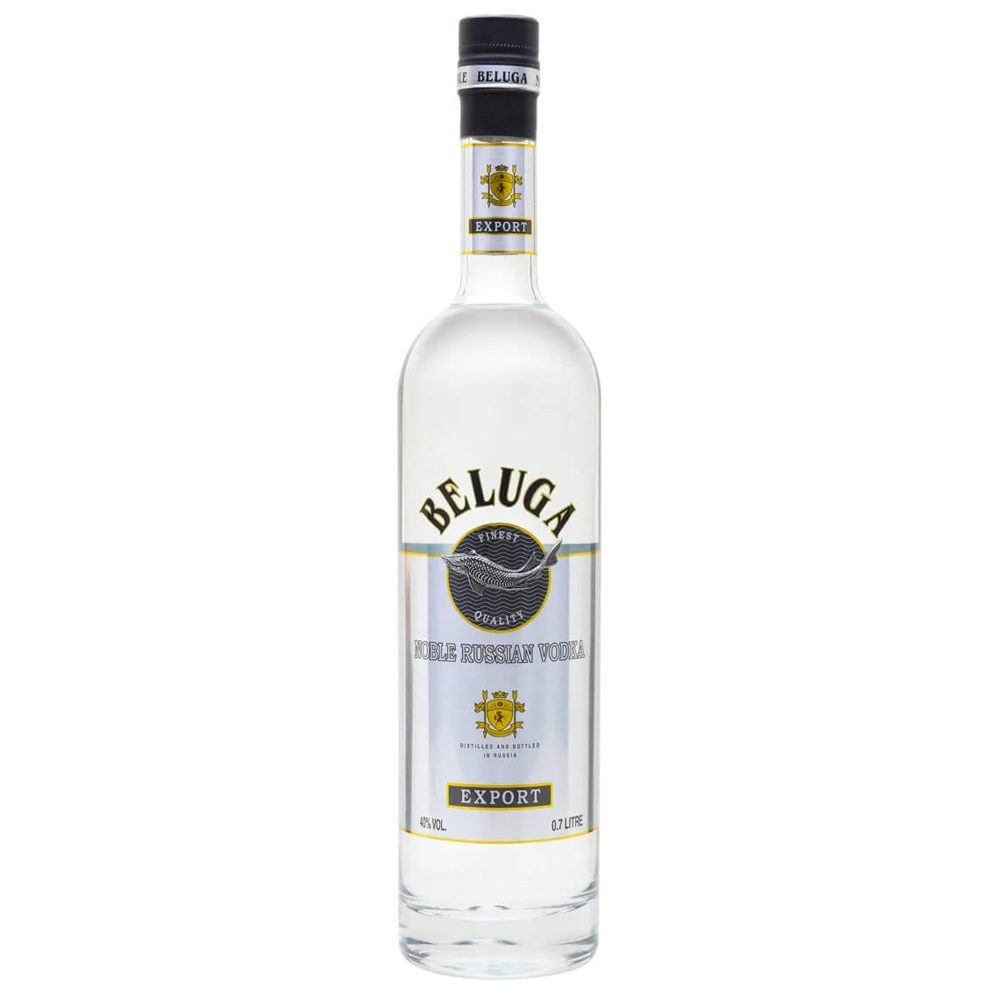 Named after the sturgeon fish that produces the famous beluga caviar, this vodka is made in Mariinnsk in central Russia. The town is a key stopping point on the Trans-Siberian railway. The vodka gains its silky smoothness from a complex triple filtration process. This sees the spirit first passed through charcoal, then impregnated silver and finally sand.

The range starts at a reasonable price, so you can treat yourself and feel decadent without breaking the bank. Great taken chilled and neat, accompanied by a spoon of delicious caviar. 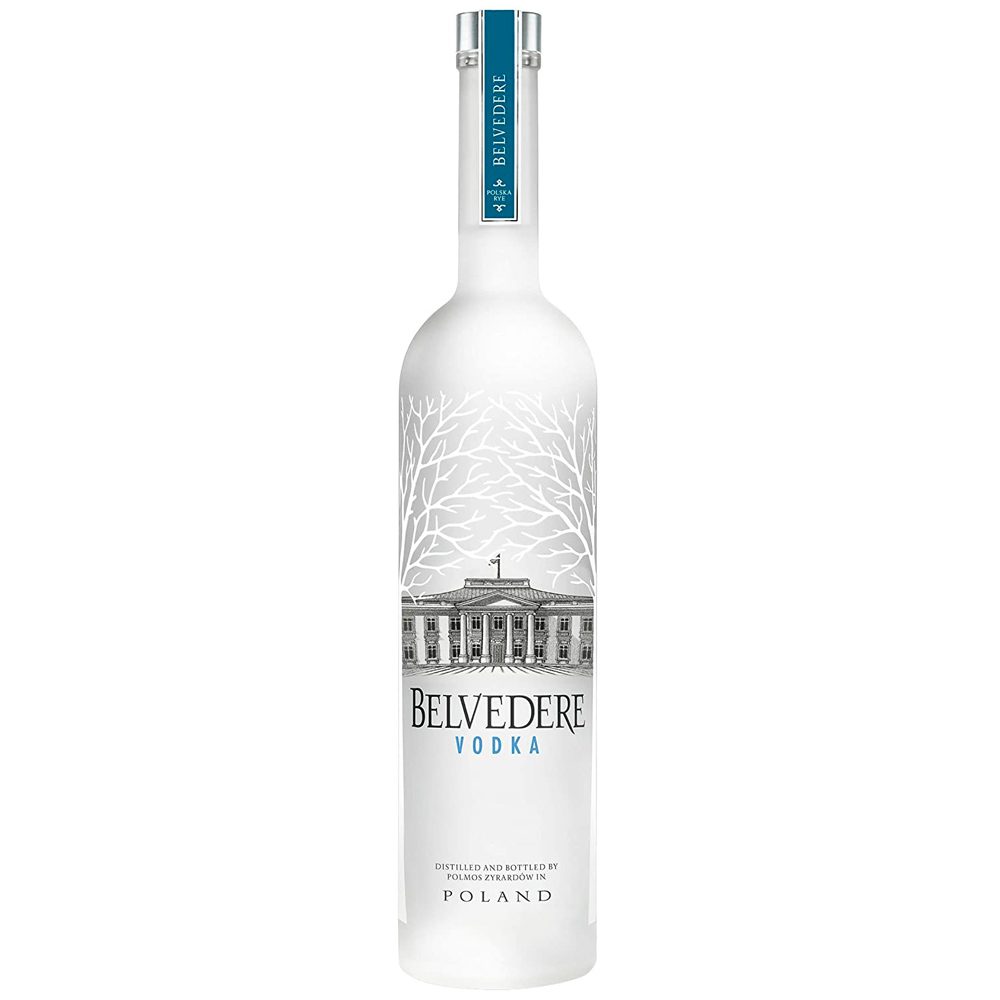 This Polish rye vodka heralds from the town of Żyrardów and was first launched in 1993. Since then, the brand has become one of the most luxurious on the market and embraced by musicians and popular culture alike – Belvedere is said to be rapper Usher’s favourite and James Bond could be seen sipping it in 2015’s Spectre.

Named after the Belweder Palace – the residence of Poland’s president – and made using rye from just seven local farms, this flavoursome vodka comes packaged in a wonderfully elegant tall bottle. 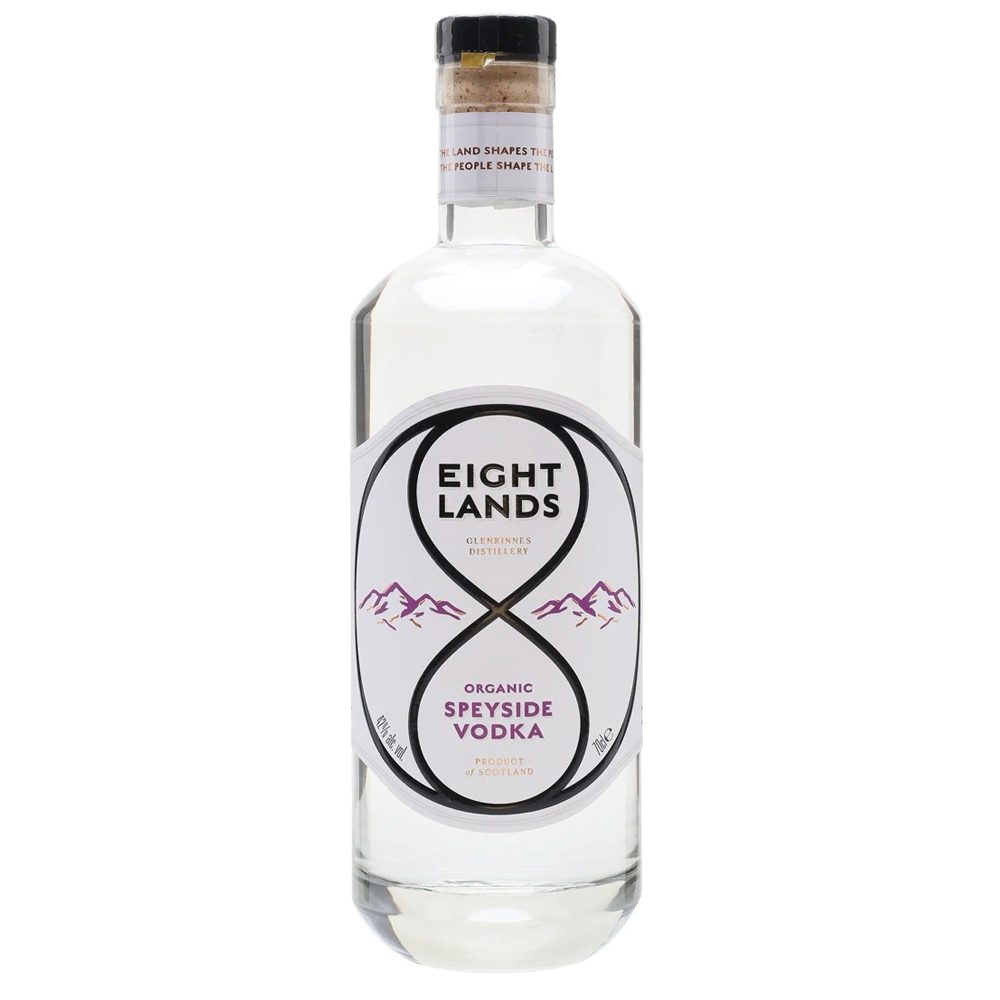 When you think of Speyside your mind normally wanders towards Scotch. But the famous whisky region in Scotland is also home to a burgeoning number of small artisan distilleries. Glenrinnes, home of Eight Lands gin and vodka, is one such place. Rather than take on the big whisky brands at their own game, the family-owned distillery has gone down the organic craft spirits route.

The Organic Speyside Vodka is a revelation – sweet and creamy with delicious notes of white chocolate, delicate cereals and a warming pinch of white pepper. 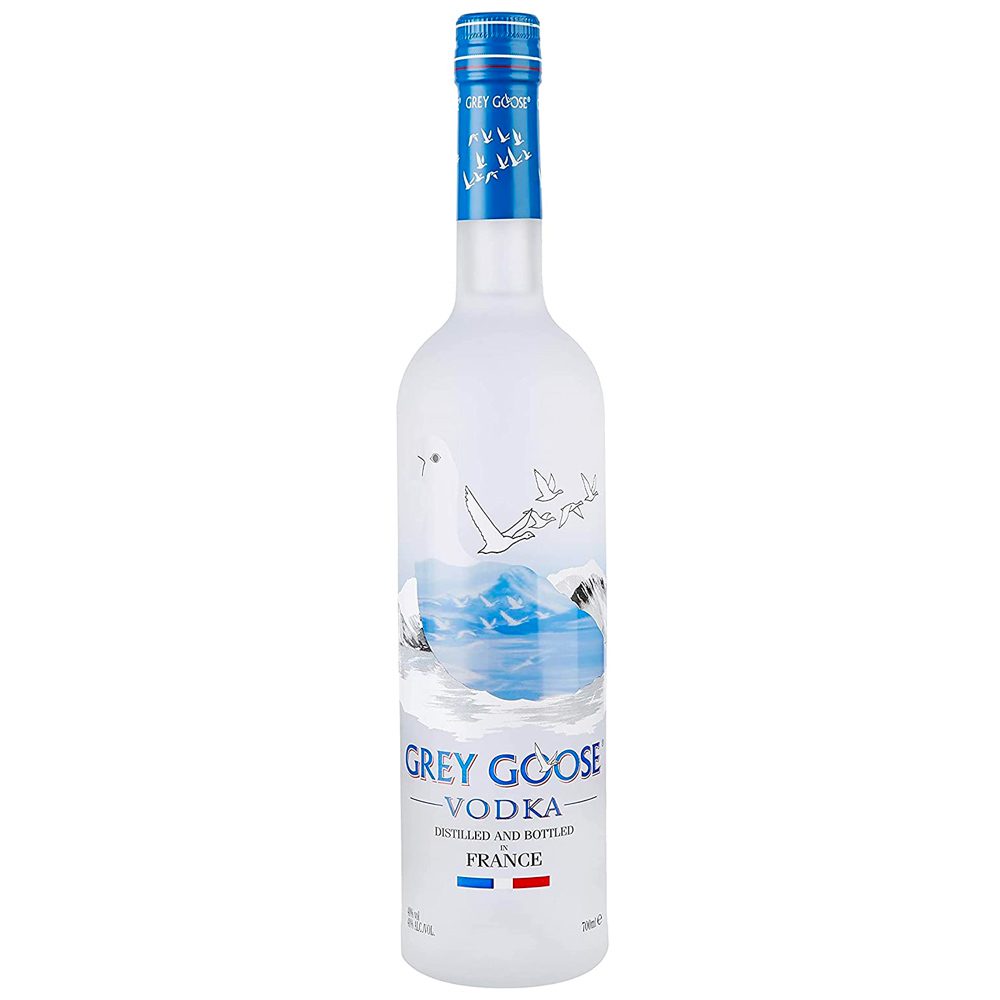 This French vodka was originally produced for the Americans but has now spread worldwide. The name took inspiration from geese that drank in the town fountain close to where Grey Goose is made.

Everything used to produce it is French: winter wheat is grown and then distilled near Paris, before the spirit is sent to the Cognac region near Bordeaux to be cut with soft local spring water that has bubbled up through limestone before bottling.

They also produce a wide range of flavoured expressions if straight vodka is not your thing. 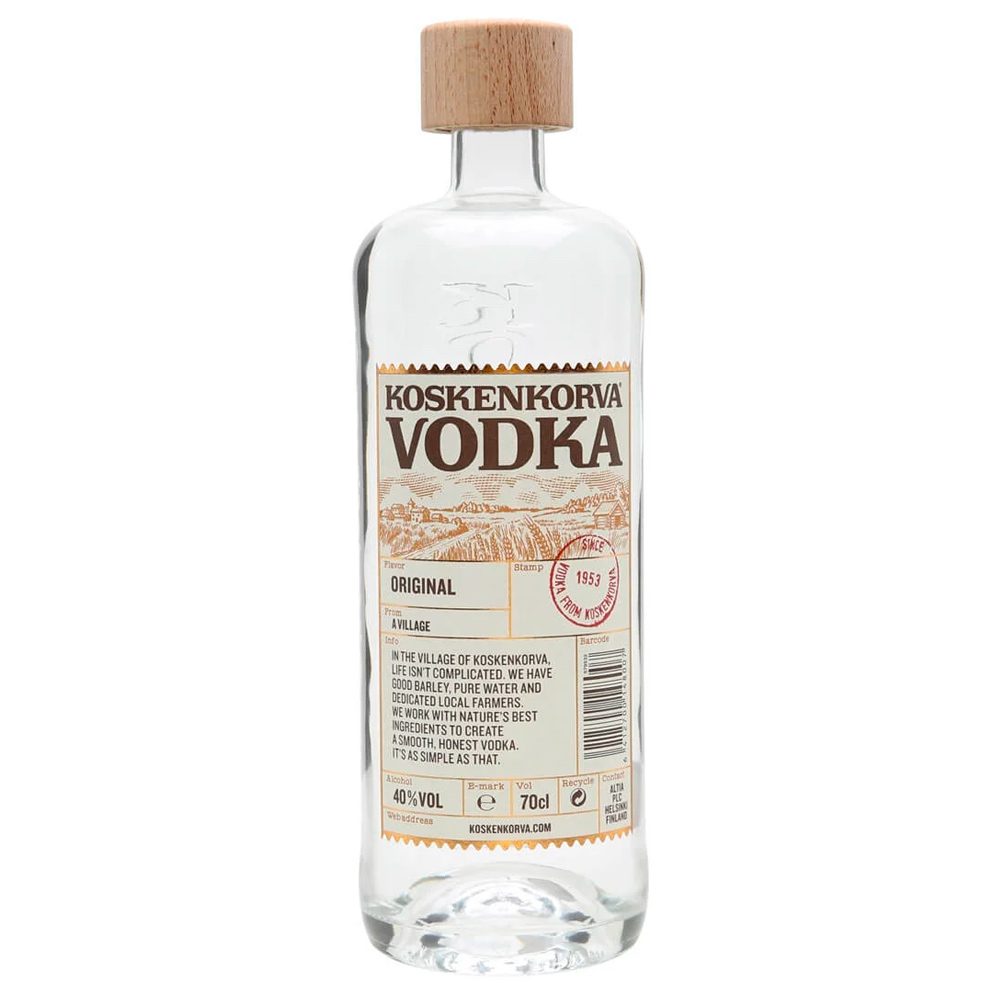 A high quality and multi-award-winning vodka, Koskenkorva has been produced in the small Finnish village of the same name since 1953. It is distilled over 200 times for extra smoothness and purity and produced using glacial meltwater and barley grown on the distillery’s own farm. The brand is all about traditional production techniques and sustainability and is one of the world’s most eco-friendly distilleries.

For a real taste of Finland, try their Sauna Barrel Vodka. Quirky, innovative and delicious. 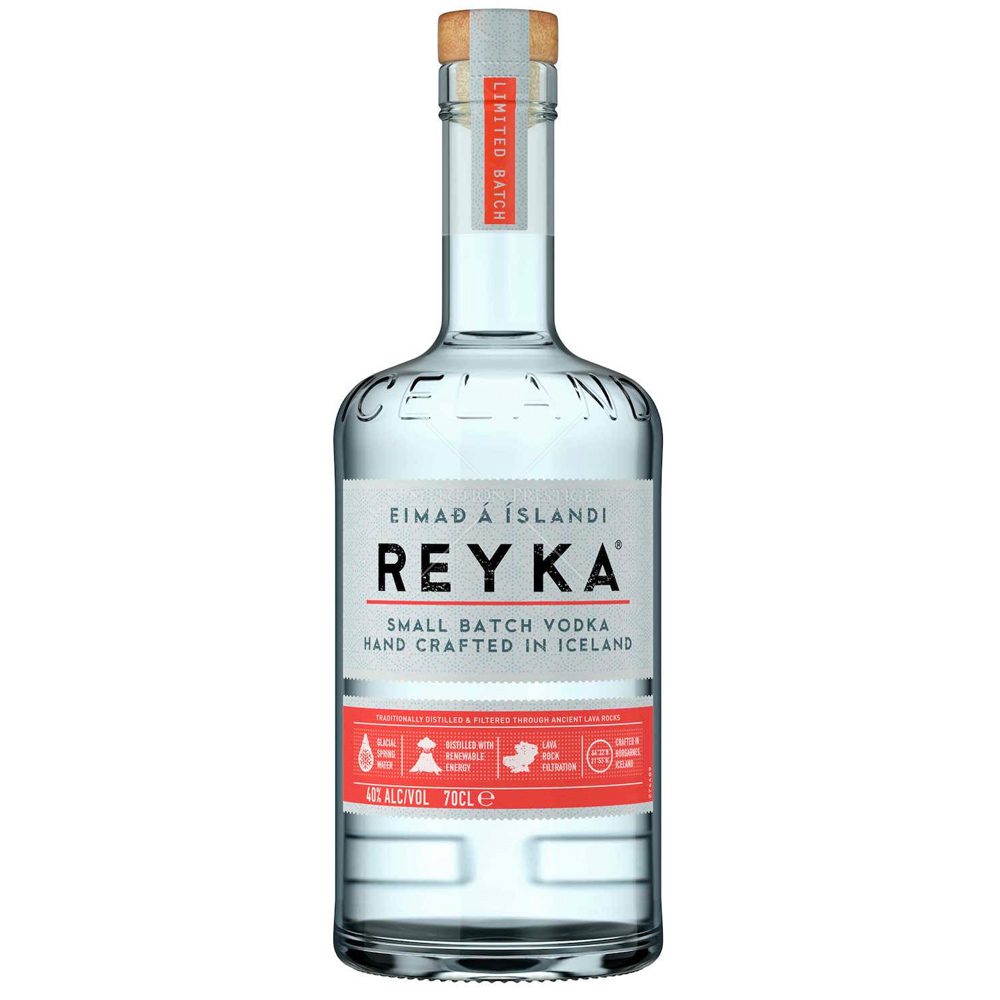 This Icelandic brand is made in small batches from a combination of wheat and barley using spring water that has trickled through 4,000-year-old lava rock. Reyka (meaning ‘smoke’ in Icelandic) is produced in the coastal village of Borganes and uses geothermal heat and energy to power the distillery. The Master Distiller is also the local fireman and policeman.

The stills have a high copper surface area to give a superb softness to the spirit. Highly recommended with classic vodka cocktails such as the espresso martini or screwdriver. 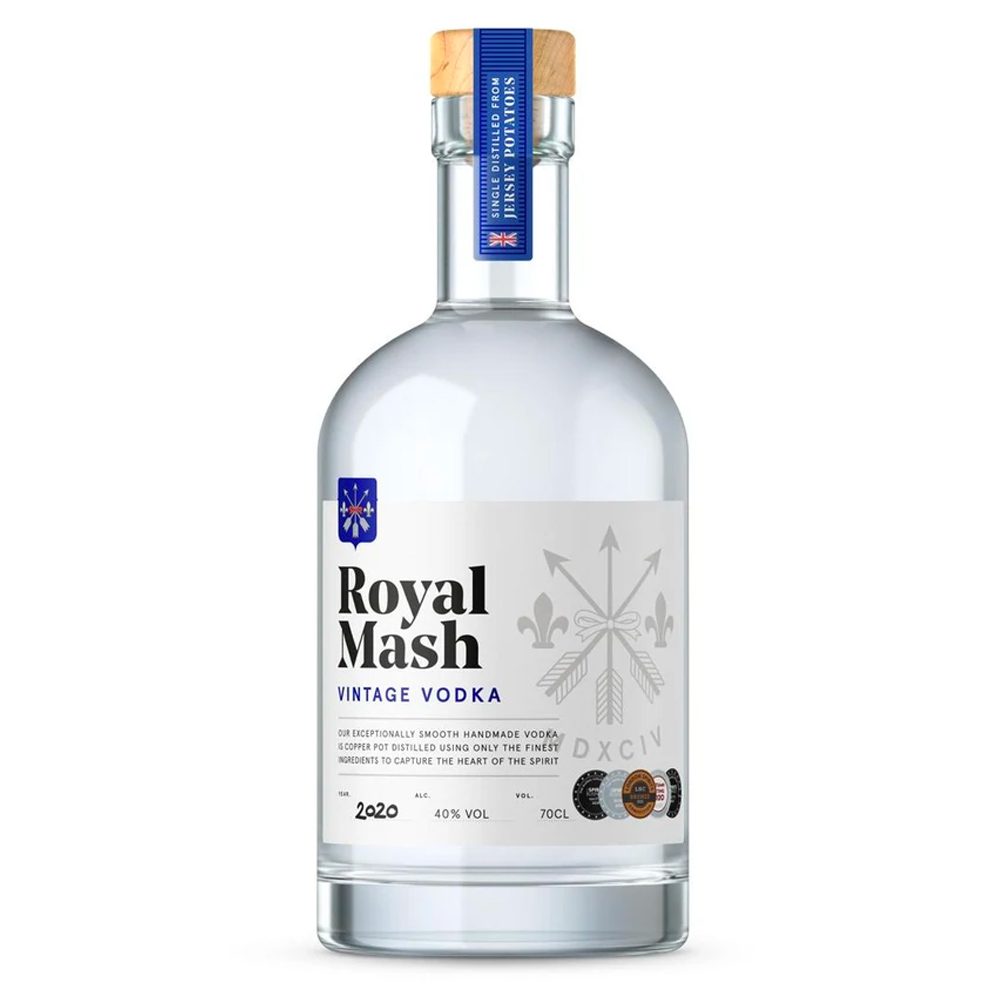 Fancy something a bit quirky and different? How about a vodka made from potatoes? Jersey potatoes in fact. This craft distillery was the brainchild of food lovers Peter Le Fol du Taillis and Rachel Caen, a trained chef.

Unlike many vodkas, Royal Mash is distilled just once to preserve the character of its raw materials. The result is rich, vegetal and earthy with a soft creamy and enjoyable mouthfeel. This deep and complex vodka is one with a real twist and perfect for an unorthodox take on a martini. 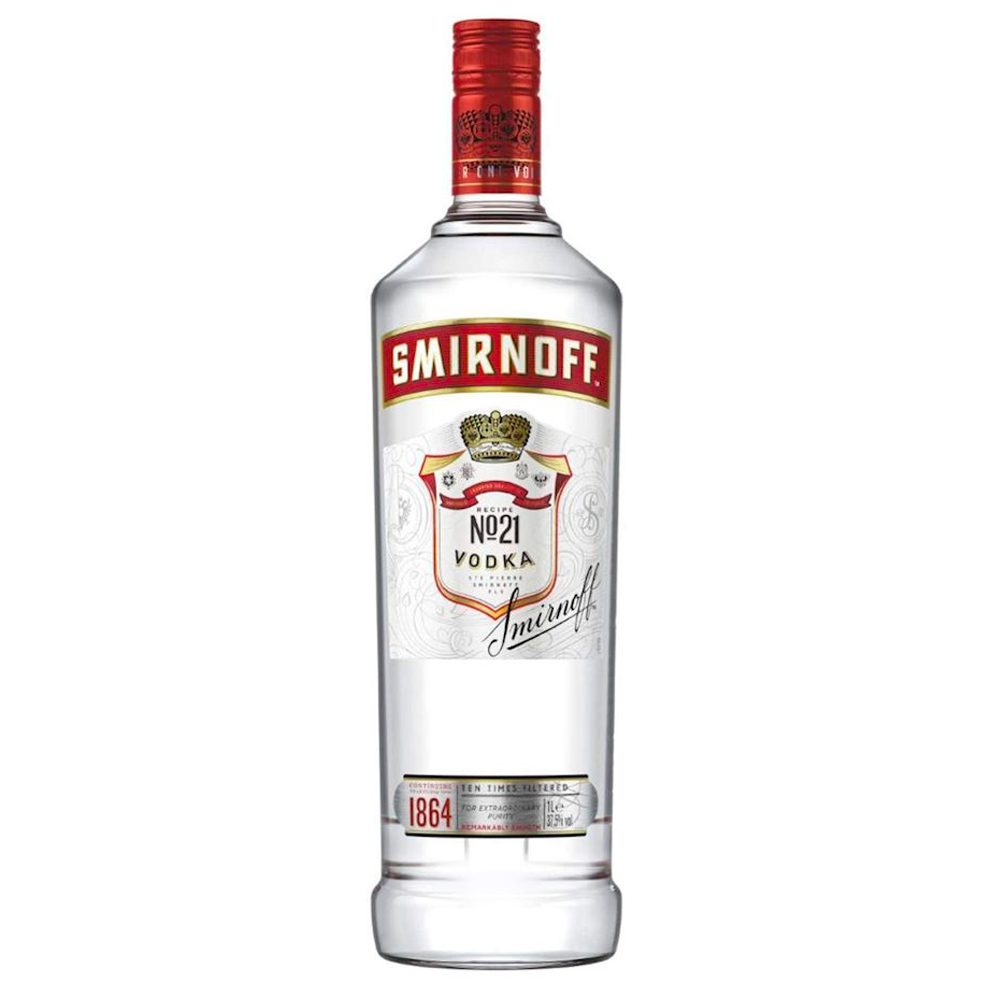 No vodka list would be complete without the inclusion of Smirnoff. After all, it remains the biggest selling vodka in the world.

The original distillery was founded in Moscow by P. A. Smirnov in 1864. By the 1890s, Smirnov’s vodka was being enjoyed by the Russian Czars and hierarchy. However, the brand really rose to prominence when it hit America and the name was anglicised to Smirnoff. This was boosted by the creation of the now-classic Moscow Mule cocktail in the 1940s – a clever collaboration between the brand and a Californian bartender. 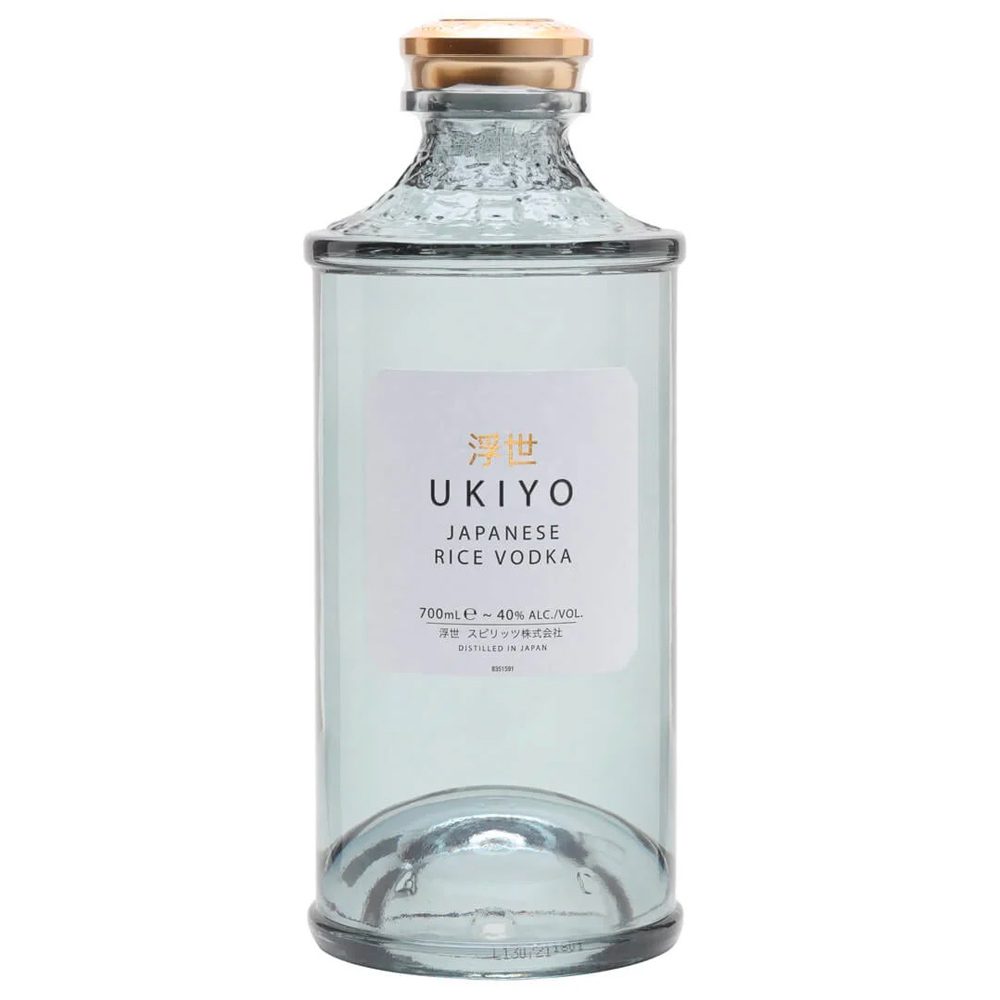 This Japanese rice vodka is a new product, but one that is already making waves and winning awards. Ukiyo is well-known for its gin brand but has recently expanded into the world of vodka. It is distilled on the island of Okinawa and long-grain indica rice is used. This is inoculated with black kōji – a fungus that prevents bacteria growth during production.

The result is delicate and fragrant aromas and a sweet taste with smooth and creamy texture. If you’re a fan of other Asian rice spirits, such as shōchū or awamori, then you need to try this.