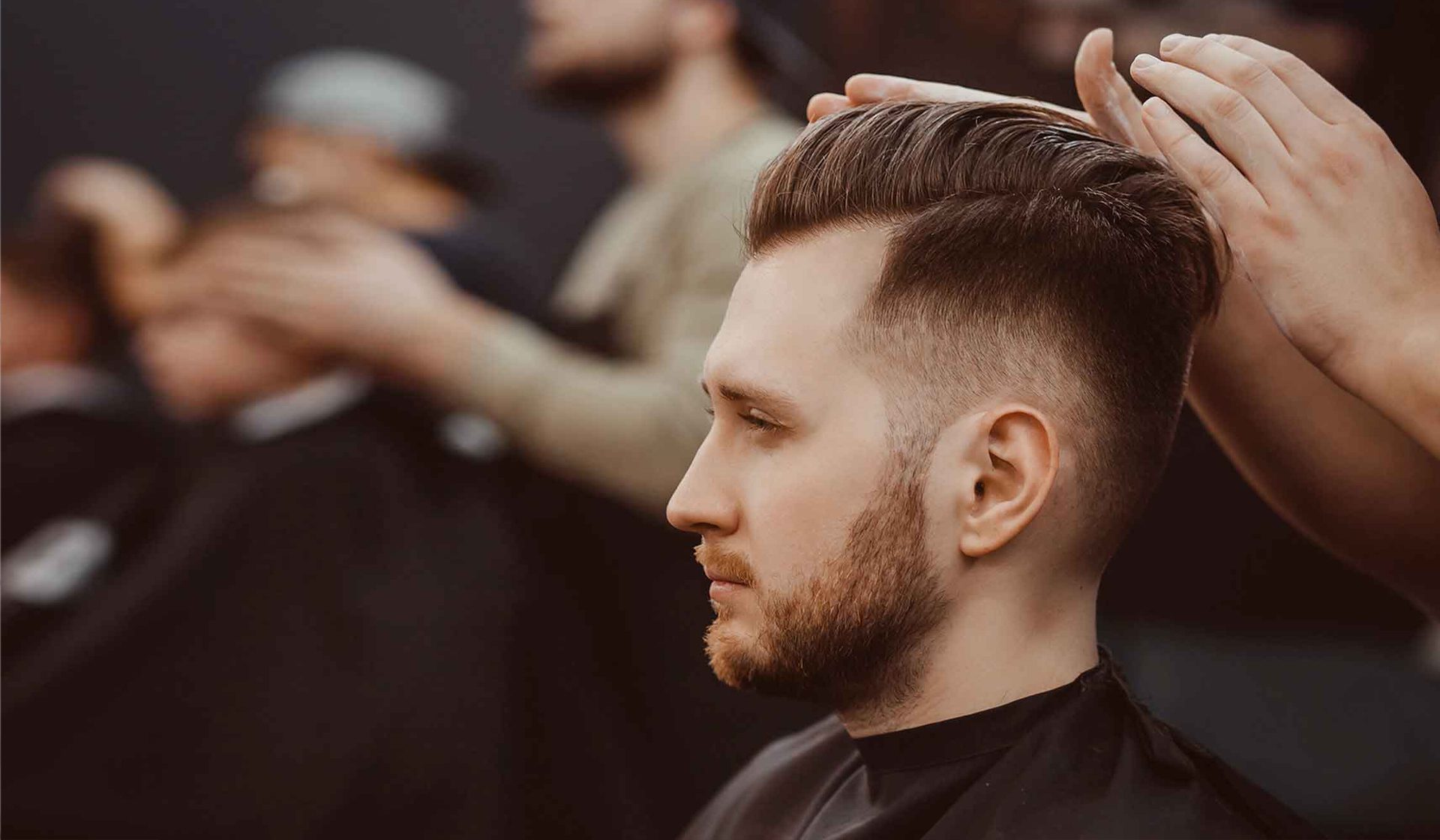 Fades have been eclipsing traditional short back and sides hairstyles for well over a decade. They’re sharper, more modern and, perhaps best of all, there’s more than one way to execute them. Take the drop fade for instance.

You may not have heard of this undulating variation of the 21st century’s favourite trim but it’s been gaining momentum among trendsetters for some time. From Premier League footballers to rap royalty, some of the biggest men’s hair tastemakers have embraced this contemporary cut. So, if you’re looking for some inspiration for your next visit to the barber, it’s something well worth considering.

So, what exactly is a drop fade, is it the right choice for you, and what different takes on the trim are there? Below we answer all of these questions and more with a forensic look at the best drop-fade haircuts for men.

What Is A Drop Fade? A drop fade is an intricate, characterful hairstyle that leans quite youthful. But before we delve into the details, it’s helpful to go back to basics.

A ‘fade’ is the name given to a certain way of cutting the back and sides of the hair. It’s defined by a gradation in length, from short at the bottom to longer higher up, and can be worn in tandem with all sorts of hairstyles. Generally speaking, this gradation in length is the same all the way around the head, but this is where a drop fade differs.

As the name suggests, a drop fade lowers around the back of the head, giving the impression of the hairline ‘dropping’ behind the ears. From the front, this helps to outline the face, while adding more hair coverage around the crown of the head. It also adds a little drama to the back and sides of a haircut, which usually play second fiddle to the style on top.

Who Suits A Drop Fade? 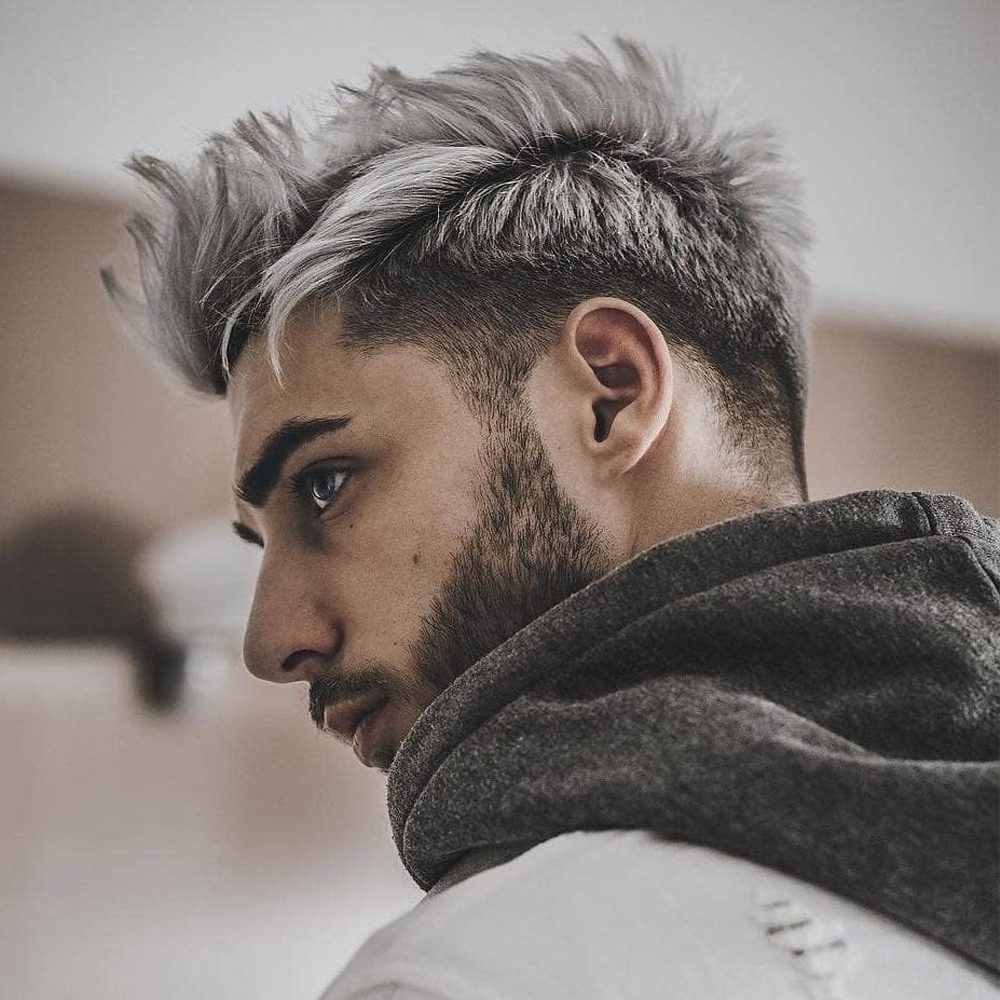 Think a drop fade might be your next hair update? There are a few things to keep in mind before making the leap.

As is the case with most things, a drop fade won’t suit everyone. Certain hairstyles are better suited to certain face shapes, so the first thing to do is determine yours and decide if this style is going to be a good match.

There are five key face shapes: round, oval, square, rectangle and heart. The proportions of your face will fall within one of these. Stand face on in front of a mirror and assess which of these shapes most accurately describes the outline of your face.

The fundamental nature of fade hairstyles means that they’re short on the sides. Because of this, they’re well suited to those with rounder, wider face shapes. This is particularly true when worn with a style that adds some height on top, like a pompadour, as this will balance out the dimensions of the face.

If your face falls on the longer, slimmer side of things, avoid excessively lofty styles, which will elongate the face further. Instead, keep things short and cropped. Those with rectangular faces have carte blanche. This face shape will work well with almost any hairstyle so there’s room for experimentation.

It’s also worth thinking about your lifestyle. Like all fade hairstyles, drop fades require regular maintenance to keep them looking sharp. If your schedule doesn’t allow regular visits to the barber, it might be best to stick to something more laid back.

One of the great things about a drop fade is that it can be used as a foundation for hundreds of different hairstyles. To save you trawling through all the combinations, we’ve pulled together a handful of failsafe, future-proof options that showcase this technical trim at its best. A classic crew cut is probably the most sensible haircut there is, but it can be led astray with the inclusion of a drop fade. This traditional military style has been the default ‘men’s haircut’ for the best part of a century but a bit of clipper sculpting is all that’s needed to bring it up to date.

The style is short on top and shorter on the sides, with the fringe often styled up and slightly to the side. Traditionally, it’s worn with short back and sides, but a drop fade is perfect for a more contemporary look.

Simply ask for a crew cut with a drop fade and any good barber will know exactly what you mean. 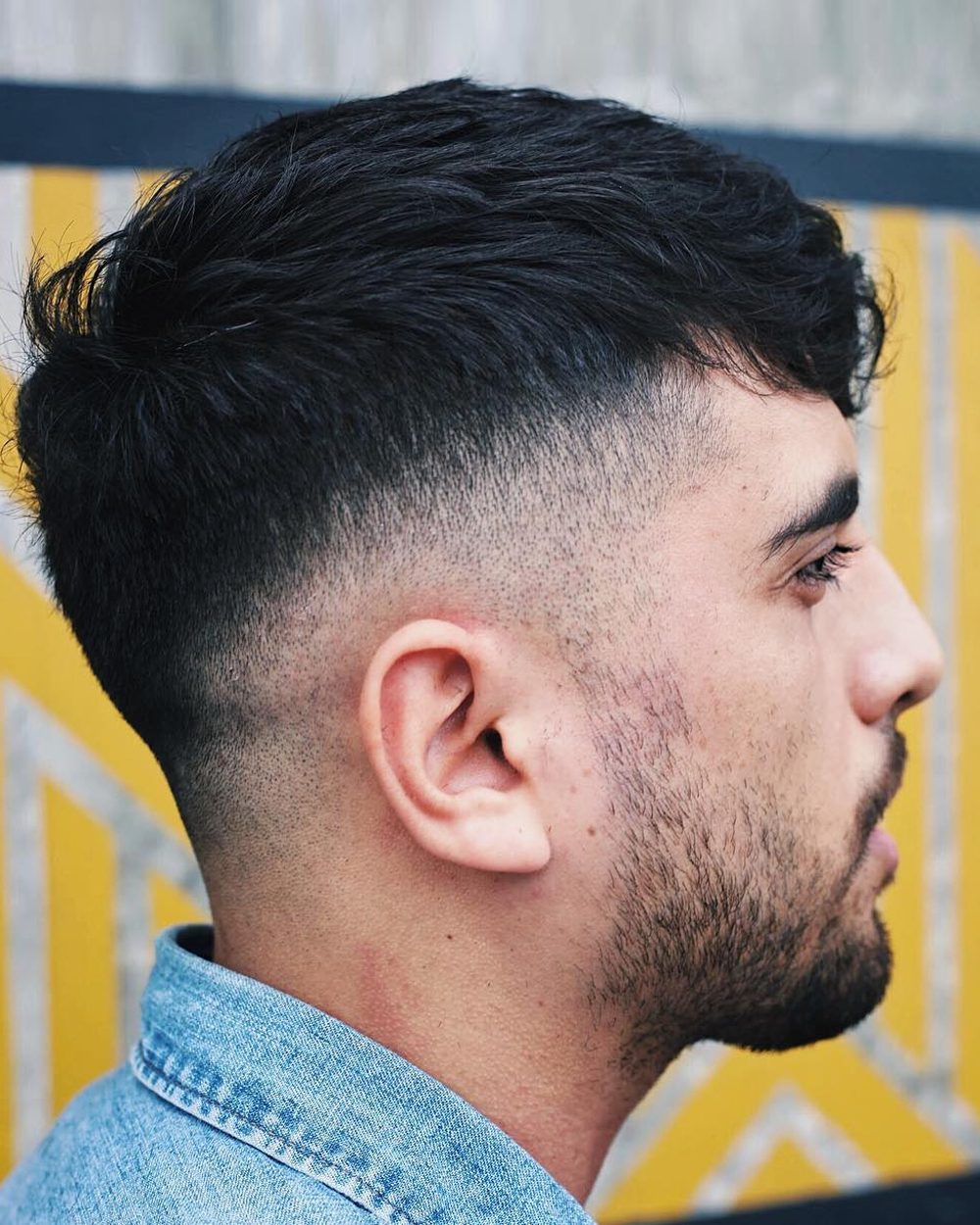 This short style is a choppy take on a classic and has been riding a wave of popularity over the last decade thanks to its starring role on the hit show Peaky Blinders.

Tommy Shelby’s signature trim features a disconnected undercut, creating a sharp contrast between the shaved back and sides, and the longer hair on top. Adding a drop fade is a great way to soften the look while bringing it up to date.

There’s not a barber alive that hasn’t been asked to replicate this haircut over the course of the last decade, but it’s still a good idea to take a photograph along and explain that you’d like a drop fade instead of an undercut. 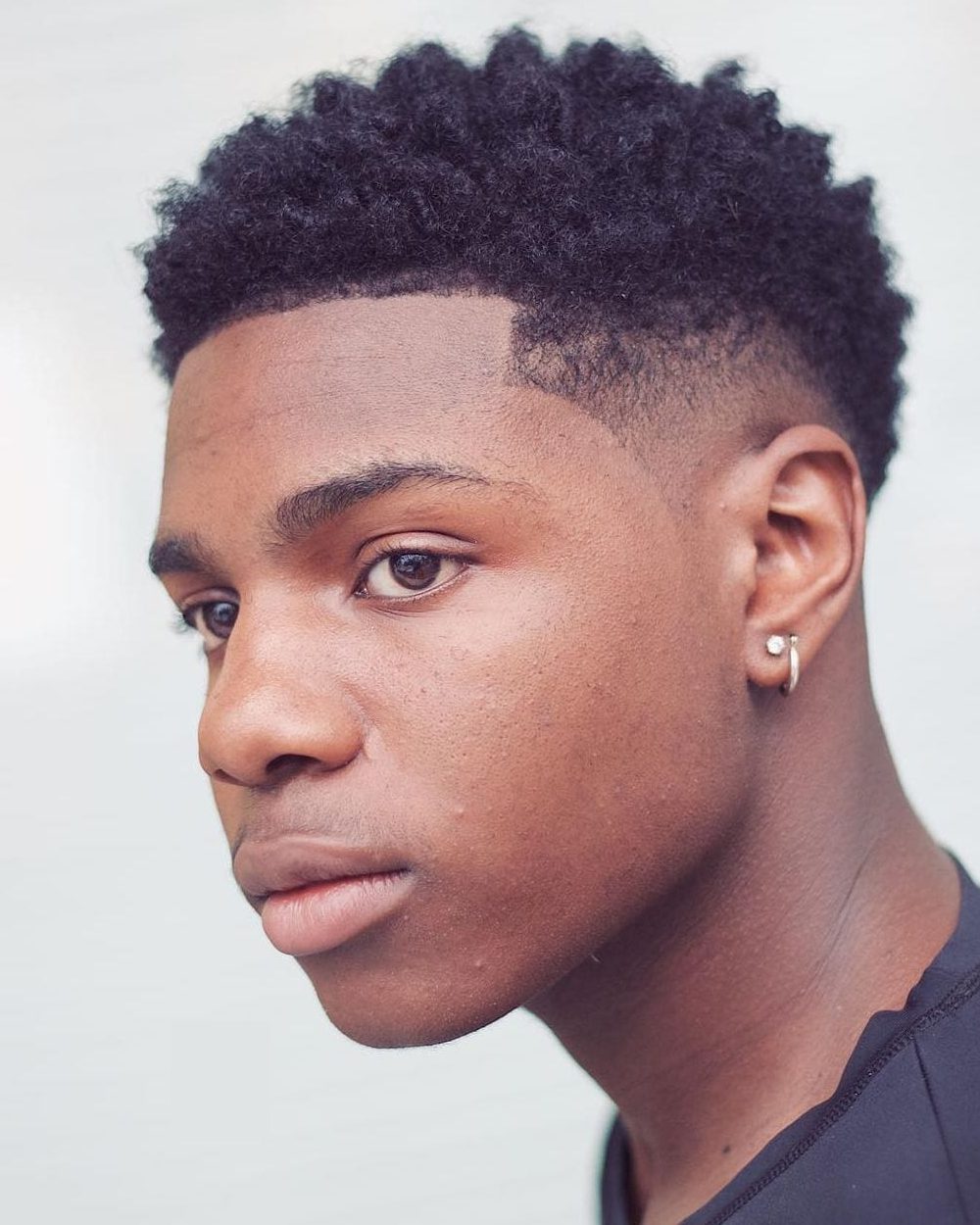 Pairing sponge curls with a drop fade is a great way to wear afro hair in a contemporary way. The short sides create a tapered silhouette from the front while the length on top adds volume and height. This makes it a great option for those with rounder face shapes; for long faces, the curls on top should be kept shorter to balance out proportions.

Maintenance is key with this style. You’ll need a curling sponge to style the hair on the top of your head. Move it in a circular motion to coil the hair and form the twists. You’ll also need to pay regular visits to the barber to keep the fade looking crisp and fresh.

Slick Back With Drop Fade A slicked back top with a buzzed back and sides is a striking style that’s brimming with attitude. Perhaps not the best cut for those who work in strict corporate environments, but if you’re looking for a distinctive, alternative trim then it’s a good option.

The key to getting this style right is to grow the hair out long enough to begin with. You’ll need enough length on top to allow the hair to lay flat against the head when it’s combed back, without sticking up.

When the hair is sufficiently long, head to the barber and ask for a classic slick back with a drop fade. You can style it at home using a comb and your hair product of choice, but you’ll need to head back to the shop every few weeks to keep the fade in check. The pompadour is a classic mid-century cut that was popularised by the rock ‘n’ roll movement. Replacing the traditional slicked-back or tapered sides with a drop fade is a great way to lend this throwback trim a distinctly modern edge.

The pompadour is characterised by its voluminous front, which is styled up, away from the face and toward the back of the head. Because of this height on top, it’s best suited to those with round or oval faces. The short sides of the drop fade can elongate the face even further, so err on the side of caution if you already have a long face.

Any barber worth their salt will already know their way around a pompadour, but it’s always a good idea to take a picture along just in case.