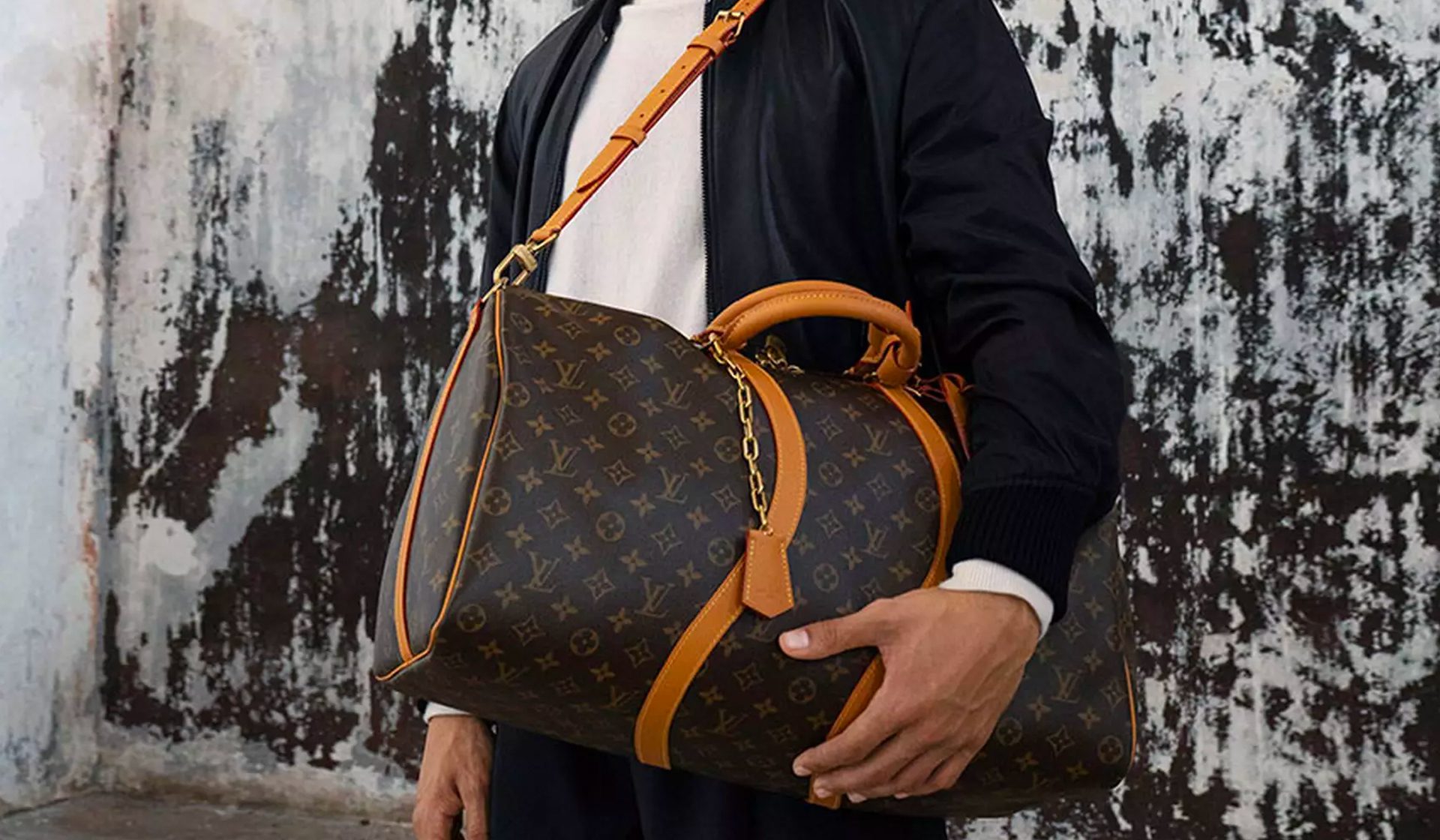 We all have them. Those elusive menswear must-haves that are either near impossible to find, eye-wateringly expensive, absolutely iconic, or some combination of the three. These are what we refer to as ‘grails’, and everyone has their own – a dream piece that you aspire to own at some point in your life.

A grail can be something obscure. Maybe it’s a particular pair of collab sneakers from two decades ago, or a specific piece from one of your favourite designers’ archives. But there’s a small selection of pieces we’d all love to get our hands on – luxury garments and accessories that are the best of their kind, or have helped to shape modern menswear in some way.

These are the ultimate men’s fashion grails as selected by the Ape team, including everything from influential outerwear and luxury luggage to iconic timepieces and rare collabs. This long sweeping raincoat might just be one of the most important pieces of outerwear ever made. Not only was it the first of its kind, spurring countless imitations, but its signature fabric, gabardine, is now widely used across the whole of menswear.

It’s barely changed since 1914, looks great with almost anything – and will continue to 100 years from now. The ultimate luxury smart casual shoe, the Gucci Horsebit loafer is the most enduring piece from one of the most respected fashion houses of all time. It was first released in 1955 and has remained in the label’s permanent collection ever since.

The horsebit itself has gone on to become a key part of Gucci’s brand language, appearing on everything from handbags to bomber jackets. When this minimal sneaker first launched in 2004 it represented a paradigm shift for men’s footwear. Sneakers could be dressy after all. Not only that, they could be luxury items, and even be worn with tailoring.

The Achilles marked the start of the overall loosening up of dress codes and the blurring of lines between smart and casual. It’s a modern classic and something no man should be without. Italian luxury sportswear label C.P. Company made history when it sponsored the iconic Mille Miglia motorsport event in 1988 and 1989. A jacket was created by brand founder Massimo Osti, badged up with the race’s logo and handed out to participants. It featured a large watch-viewer window to the sleeve, plentiful pockets and goggles to the hood.

Those originals are almost mythical among collectors, but you can still get your hands on an updated version thanks to the fact that C.P. still makes the Mille Miglia jacket as part of its seasonal collections. Will the fleece resurgence ever die? We hope not. We love that these cosy, comfortable, practical pieces have become must-have fashion items, and this furry patterned option from Kapital is perhaps the coolest there is.

It’s the quintessential fashion fleece and while it admittedly comes with a large dose of the Marmite factor, it’s a highly desirable grail piece that many menswear aficionados will happily climb over each other to get their hands on. The definitive leather biker jacket, the Schott Perfecto is a 1950s icon that embodies the rebellious rock ‘n’ roll spirit of the time. Made famous by Marlon Brando in The Wild Ones, it’s the biker jacket on which all other biker jackets are modelled.

For us, the original is always best. The North Face’s Nuptse jacket is ubiquitous. A great piece of outerwear, but not exactly a contender for impossible-to-find grail status. However, add one cult NYC skate brand into the mix and things change dramatically.

The Californian outdoor label’s ongoing collaborative relationship with Supreme has seen this boxy puffer reimagined in a plethora of eye-catching ways, each one as difficult to get your hands on as the last. Not only is the Daytona Rolex’s most iconic, popular and recognisable timepiece, it’s also the one which has proven to increase in value the most. That means it’s a solid investment, so if you were looking for an excuse to pull the trigger on the pre-owned market (you can forget buying new), now you have one. Mohair cardigans have been one of the biggest men’s fashion trends of the last few years and nobody does it better (or more colourfully) than Marni. Furry, cosy, eye-catching and perfect for a spot of statement layering. Love it or hate it, Raf Simons’ Adidas Ozweego is a highly coveted sneaker that made waves in the footwear world. Balenciaga’s Triple S is often credited as being the shoe that started chunky sneaker madness, but the deliberately ugly Ozweego was a precursor to that, and who doesn’t want to own a piece of history? This thick-pile fleece from Patagonia has been copied again and again, but never bettered. The brand still makes a current version of the Retro-X, but it’s the vintage ones that we’re interested in.

Fleeces from the 90s and earlier can fetch silly amounts on eBay, Grailed and the like. Particularly on the Japanese market, where they’re extremely sought after. Hedi Slimane’s stint as creative director of Saint Laurent was transformative for the French fashion house. He brought a grungy, rock ‘n’ roll aesthetic to the table with his slim cuts and moody colour palette, reinventing the label in the process.

The Wyatt boot embodies this period in Saint Laurent’s history and has remained a key part of the brand’s footwear lineup since its launch in 2013, the year after Slimane took the reins. If it’s good enough for James Bond, it’s good enough for us. Tom Ford’s razor-sharp tailoring has become famous the world over for its clean lines and elegant yet masculine cuts. The label’s single-breasted suits are some of the most sought-after pieces in tailoring, boasting fits that accentuate the chest and shoulders subtly while flattering the waist and midriff.

No wonder they’ve become the go-to for A-list celebs hitting the red carpet, not to mention 007 himself. This elegant Derby shoe has been in production since the 70s and is every bit as relevant today as it was back then. A Derby shoe in itself is something every man should own, and this might just be the best one out there without going bespoke.

Simple yet sophisticated, elegant and timeless – a piece of footwear for the ages. Louis Vuitton is one of the biggest names in luxury, but it all started with leather luggage for wealthy Parisians. Today, bags are still at the centre of the LV universe and the holdall is perhaps the most iconic of them all.

In signature brown with a chequered finish and/or monogram detailing, this beautiful weekend bag is now a universal symbol of luxury.