When it comes to style, the 1980s are often overlooked in favour of the 60s and 70s. While the former was all neatly cut suits and minimal colour palettes, the latter was flamboyant and over the top – perfect fodder today for brands such as Gucci, which has made a killing off the back of the decade’s brashness.

But what did the 80s do well? If you can look past the big hair and high-waisted jeans, there’s a lot we can gain from this underrated decade. Similar to the music of the 80s, there was a lot going on when it came to style, and from casualwear prep through to drapey, oversized tailoring, a lot of what we wear today is in debt to this unique period.

If you’re looking to inject a bit of flair into your wardrobe, these are the 80s fashion trends you can wear today. Denim is not exclusively associated with the 80s. It first came to prominence at the turn of the 20th century, when Levi’s began using it for its overalls and jackets, originally designed for gold miners and manual workers on the west coast of America. The hardy fabric was extremely durable and could take a beating under the most strenuous of working conditions.

But by the 80s, denim had well and truly lost its old blue collar connotations and was being worn in more creative ways. Stonewash and paler denim was the go-to, and is an easy way to add a touch of the eighties into a contemporary look today.

Light wash denim is arguably better suited to casual dress, so try pairing some stonewash jeans with a knitted polo shirt, and finish with a chore jacket and vintage running shoes for a stylish weekend outfit. 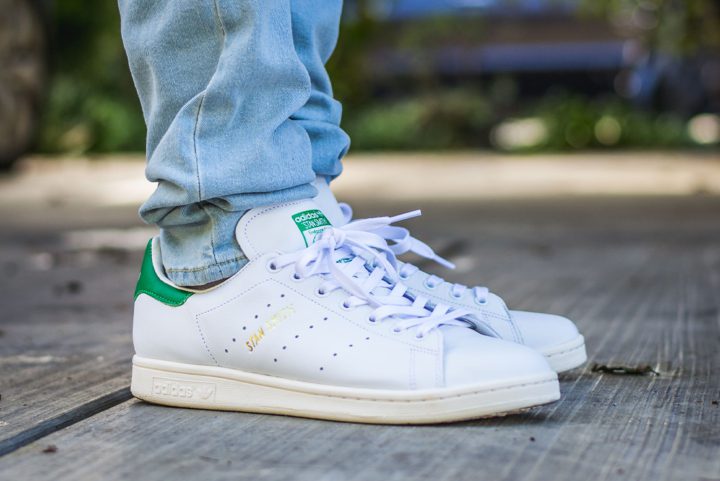 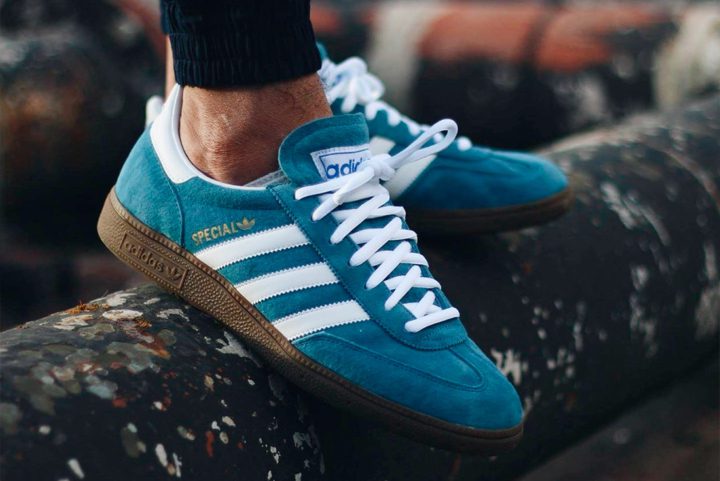 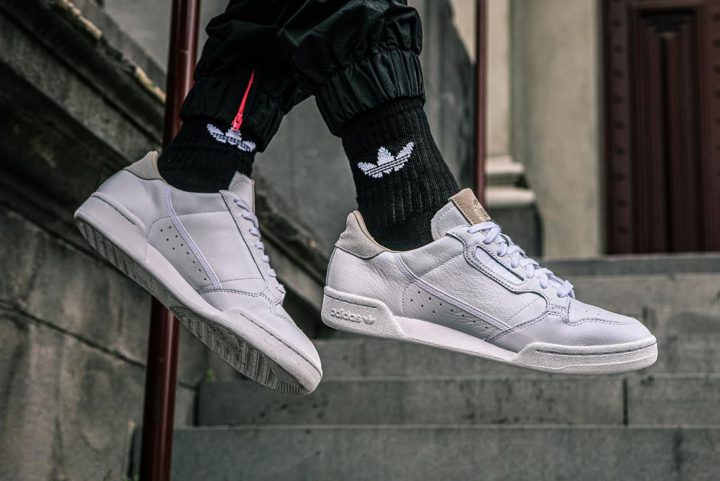 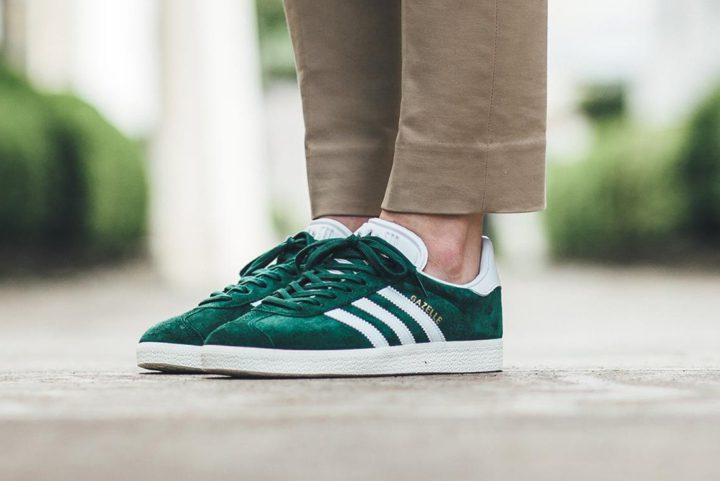 The 80s were a good decade for casualwear. Following the breaking down of many social norms in the 70s, the decade gave rise to new music genres including hip-hop, meaning formal shoes were increasingly shunned in place of sneakers.

Popular styles of the decade came from Nike, Adidas, Puma and Converse, which continued to sell its signature All Stars incredibly well. With the rise of the football casual movement, Adidas were particularly popular, capitalising on a number of new styles including the Gazelle, Hamburg, Spezial, Continental 80 and Samba models. And of course, Stan Smiths and Superstars remained favourites, thanks in no small part to hip-hop culture and the likes of Run DMC making them part of their uniform.

The above have lost none of their appeal today. Easy to wear and incorporate into a wide variety of outfits, these classic silhouettes will instantly add a touch of retro sportswear to your everyday looks. Speaking of sportswear, the eighties almost single-handedly paved the way for the tracksuit. Again, thanks to the rise of hip-hop and the unique style that came with it, tracksuits became a ‘thing’ in the 80s.

From bright blue Adidas tracksuits to matching velour styles, coords became a legitimate way of dressing. While going full 80s tracksuit now might be a bit full on, you can still benefit from the comfort and ease of a matching top and bottom half, without turning heads.

Many brands have made sweats their signature today, from New York labels such as Aime Leon Dore through to sustainable brands such as Pangaia. Look out for tracksuits crafted from lightweight cotton jersey and in wearable shades including grey marl, navy and black for the easiest way into the look. 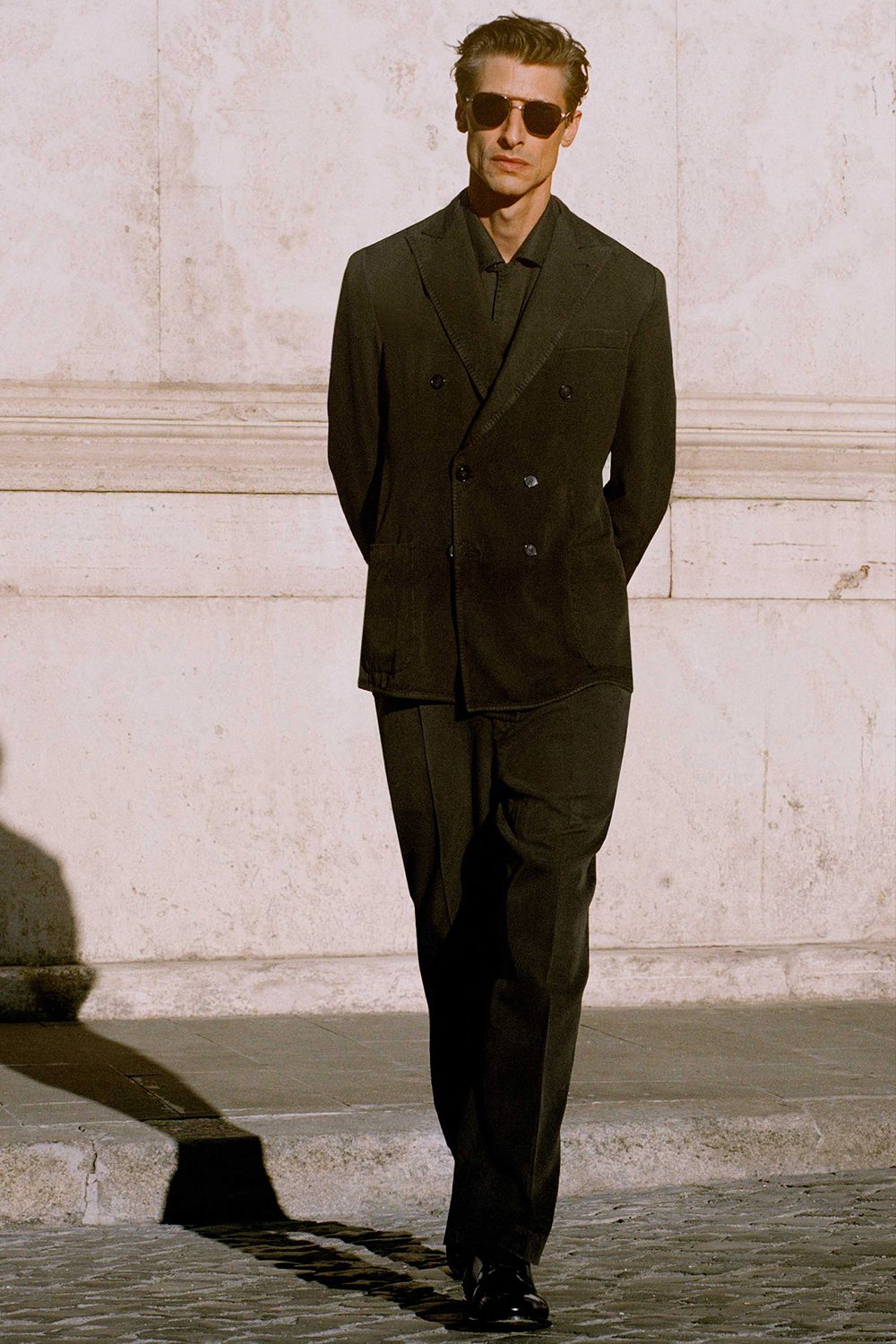 Following the 60s, where tailoring was sharp and classic, and 70s, with its loud colours and flares, came the 80s and its almost comically oversized suiting. Thanks to brands such as Ralph Lauren and Giorgio Armani, tailoring was voluminous, with large, oversized blazers and wide-legged, pleated trousers becoming the new norm.

This silhouette was nothing strictly new – it owed its inspirations to the 40s and 50s sack and zoot suits, respectively – but it was presented in a new way, often being paired with more casual garments such as T-shirts and roll necks instead of shirts.

Wearing these kind of suits today make for elegant alternatives to slim-fit tailoring, and will undoubtedly make you stand out. If trying it for yourself, opt for a double-breasted jacket and pleated trousers and pair them with a roll neck or knitted polo. 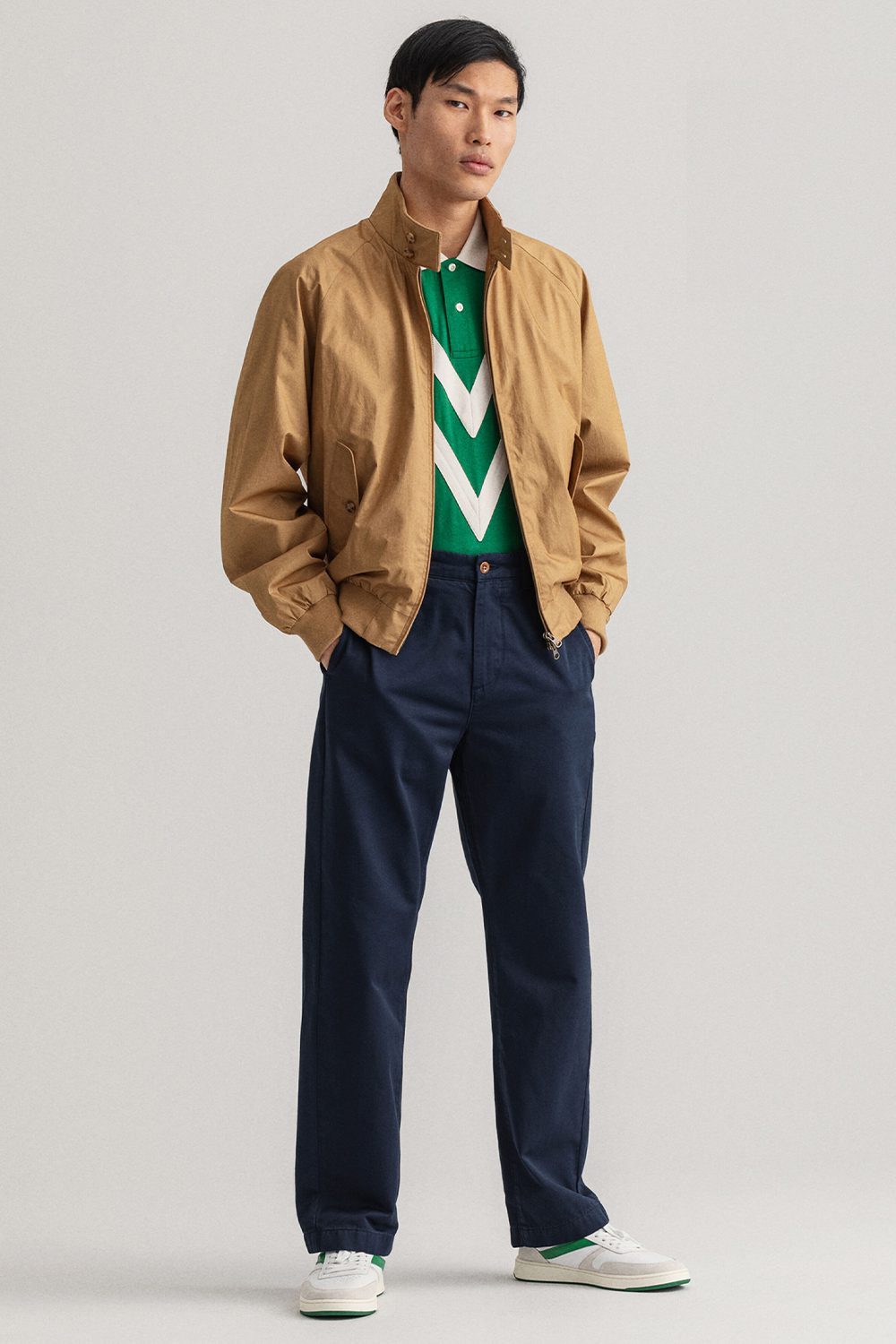 Preppy style may have first originated in the 60s, but the 80s are what arguably took it mainstream. This was the era when both the Oxford cloth button down and the polo shirt really took off, and chinos became the new trouser norm.

This can largely be attributed to Ralph Lauren, which exploded in popularity during this time, establishing its aesthetic as the go-to brand for classic Americana. You only have to Google ’80s Ralph Lauren ad’ to see the kind of style the brand was peddling back then, and how it’s not too dissimilar to what we think of today as the classic casual wardrobe.

When trying it for yourself you can update the look by playing with the silhouette. Try opting for a wider-legged pair of chinos and teaming them with an loose, striped Oxford shirt and chunky, lug-soled boat shoes. Finish with a colourful baseball cap. Between the rock and punk movements of the 80s, leather jackets had quite the decade. Continuing its role as a counter-cultural icon, it became closely associated with bands like The Ramones, who were rarely seen without a black leather biker on their backs.

If wanting to try it for yourself today though, it might be worth avoiding the full rock-star look by dressing it down. Instead of black jeans and heavy leather boots, try combining yours with light-wash denim or chinos and sneakers or loafers.

Also pay close attention to the fit of the jacket and aim for something that is flatteringly slim without being restrictive. You’ll want to be comfortable when wearing a leather jacket, as a lack of perceived confidence can make it appear a bit contrived.