Bentley is offering a vision of the future with a dramatic new Sport Utility Vehicle concept, EXP 9 F, at the Geneva International Salon d’Auto. The Company’s designers and engineers have created a compelling new take on the Grand Touring Bentley – a vehicle that feels equally at home at an opera gala performance, on the sand dunes and the overtaking lane of the autobahn.
Unmistakably a Bentley – yet a Bentley like none before it – the EXP 9 F could herald a third Bentley model-line alongside the bespoke Mulsanne and the high performance Continental GT, GTC and Flying Spur.

“We are very excited by the potential of a high performance, ultra-luxury Bentley SUV. We know that many Bentley customers already own SUVs, admiring their style, luxury, performance and versatility. With EXP 9 F, Bentley is making a clear statement of intent that we have both the expertise and desire to meet and exceed their expectations.” – Wolfgang Dürheimer, Chairman and Chief Executive, Bentley Motors

Today a global luxury brand with a network of 160 dealers from Shanghai to Beverly Hills, Bentley has an increasingly diverse customer base spanning every continent. For many customers, a dramatically styled, Bentley all-wheel drive SUV which combines a spacious, versatile cabin and commanding driving position, with Bentley’s hallmark power, performance, advanced technology and hand crafted luxury, would be a natural choice both on and off-road.

From the very beginning, the design team had a clear vision for the new Bentley SUV, as Dirk van Braeckel, Director of Design, explains:

“EXP 9 F had to represent the absolute pinnacle of the sport utility sector, setting a new benchmark for this type of vehicle. The style had to reflect Bentley’s sporting character despite its radically different package and purpose together with sculptured, flowing surfaces in keeping with the Bentley tradition.”

A new class of Bentley allowed the styling team to adopt a more progressive design approach. The exterior is a bold, dynamic statement, combining clean, muscular surfaces with signature character lines, while retaining the qualities of luxury and power – a pure Bentley. Key Bentley cues such as the matrix grille, round lamps and the strong power-line and haunch along each flank are reinterpreted for EXP 9 F. The ‘hewn from solid’ design language and innovative detailing, emphasise the robust character of this high-luxury SUV.

The designers were inspired not only by the more functional nature of EXP 9 F but by the ‘visible engineering’ of the famous Blower Bentleys. For example, the day-time running lamp apertures also act as the charge cooler air intakes for the twin-turbo W12 engine, each with a dramatic, mesh-covered turbine fan design and ‘rifled’ inner surface finish. The turbine theme continues with the stunning 23-inch alloy wheels, the design of which complements the sculptured coachwork. The multiple spokes are reminiscent of the shape of turbine fan blades while the centrally mounted wheel nut is a visual reference both to Bentley’s Le Mans racers of the 1920s with centre-lock spinner and to the single nut found on the modern-day Speed 8’s high-tech racing alloys.

At the rear, the swooping lines of the tailgate avoid utilitarian overtones in favour of a distinctly sporting profile, while the ultra-wide, two-part split tailgate offers a high level of versatility when grand touring. The bold design language of EXP 9 F is complemented by twin exhaust tailpipes with ‘rifled’ inner surfaces, their elliptical shapes echoing those of the rear light clusters.

The rear lights are inspired by the forms and details of fighter jet engines, uniquely designed so that they glow from within, spreading their light outwards.

INTERIOR – A FUSION OF LUXURY WITH UTILITY

High degree of practicality including versatile rear cabin layout and full-width, two-piece tailgate Bentley is renowned for its fusion of extremes – technology and craftsmanship, luxury and performance – and the interior of EXP 9 F expresses the resolution of apparent opposites in its use of materials, techniques and technology, as Dirk van Braeckel explains:

“The challenge for the interior design team was to create a cabin which provides a blend of luxury and utility. The result is a light and airy environment with a commanding view of the road and a versatile layout which showcases Bentley’s craft and design language in an innovative and contemporary way.”

Traditional handcrafted elements such as wood, leather and polished metals such as aluminium, bronze and gunmetal are used to create a sense of British luxury, yet the way they are used sets a fresh and contemporary interior ambience. Soft-touch leather contrasts with highly durable surfaces with the concept car design experimenting with the use of saddle leather for the seat backs, top roll and loadspace – while analogue bezels and dials are paired with TFT ‘virtual’ instrumentation. Even the luxurious silk wool floormats are reversible – with one side finished in durable, ribbed saddle leather for use when the driver and passengers are dressed for the great outdoors.

The upright dashboard design features a full-width, one-piece wood veneer with a subtly negative surface and instruments with a configurable display. Traditional Bentley ‘bulls eye’ vents have a ‘rifled’ gunmetal inner surface for a more contemporary and functional appearance. The centre console is a blend of functionality and supreme ergonomics with dynamic, architectural layers which help to create a central spine to the cabin. The frame of the console is also a structural component with integrated, sculpted grab handles.

The flowing roof design with a panoramic glass panel is inspired by the roll cages of rally cars, expressing both strength and lightness. Rear seat passengers can chose between business mode, with generous legroom complete with fold-down keyboard and full internet connectivity via an iPad or tablet or a more reclined position with powered footrest, drinks table and an infotainment screen for movies. When the rear seats are not in use, they can be powered forward to create a larger loadspace for sports equipment or luggage.

The EXP 9 F seating is 4+1, with a rear armrest lifting to reveal a cooled compartment for champagne and glasses. Seats feature a diamond-quilted ‘shoulder line’ in soft-touch leather, echoing the traditional appearance of a British field sport jacket.
At the rear, the lower section of the two-piece tailgate may be used as a viewing bench or picnic table. Bespoke picnic hampers are stowed neatly to either side of the loadspace when not in use, but are located on rails for easy access. An awning extends over the tailgate to protect those seated there; two umbrellas fit either side of the rear luggage area for when the rain clouds sweep in.

Bespoke interface engineering – tailored to the individual with driver-selectable instrumentation modes As befits a Bentley, the EXP 9 F design concept features a near-infinite choice of driver information and entertainment options. However the design and electrical engineering teams sought to avoid creating a cluttered or confusing driver and passenger environment, presenting only the information that each user needs, when they need it.

As a result, EXP 9 F places key driver information such as 3D navigation in a central TFT panel directly in the driver’s line of sight, where it is flanked by two analogue reverse-read dials. Meanwhile controls that are shared between driver and front seat passenger, such as cabin temperature, air vents and entertainment are presented in the central touchscreen and console. The TFT screen deploys from the full-width metal trim to provide a fully integrated extension to the glass surface of the centre console Three different driving modes – Comfort, Sport and Off-Road – are selectable according to the road environment and type of journey. Thus the driver information TFT panel would be able to switch between satellite navigation on the motorway to a ‘sump cam’ when negotiating a bumpy track.

Whilst EXP 9 F is primarily intended to investigate new design territory – and all drivetrain options remain under consideration – any Bentley SUV would offer the thunderous performance the marque is renowned for. The W12 6.0 litre powertrain, for example, could develop 600bhp and 800 Nm of torque with key performance indicators like the top speed and 0-60mph sprint time all setting new benchmarks for the SUV sector. 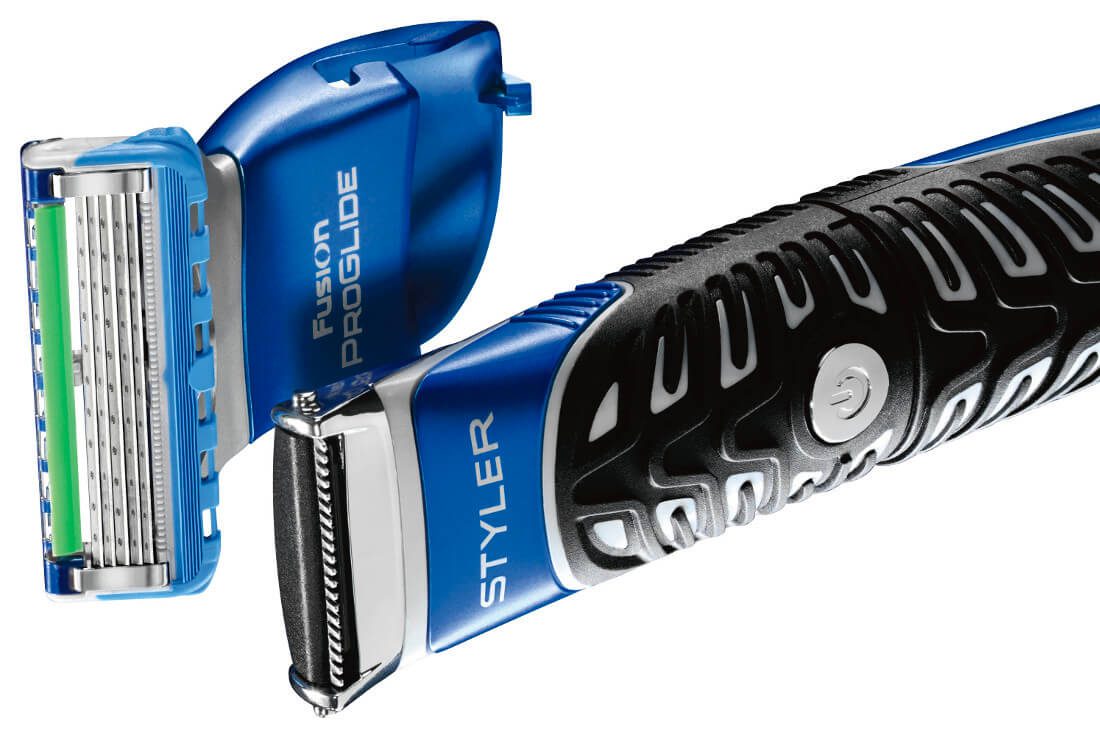 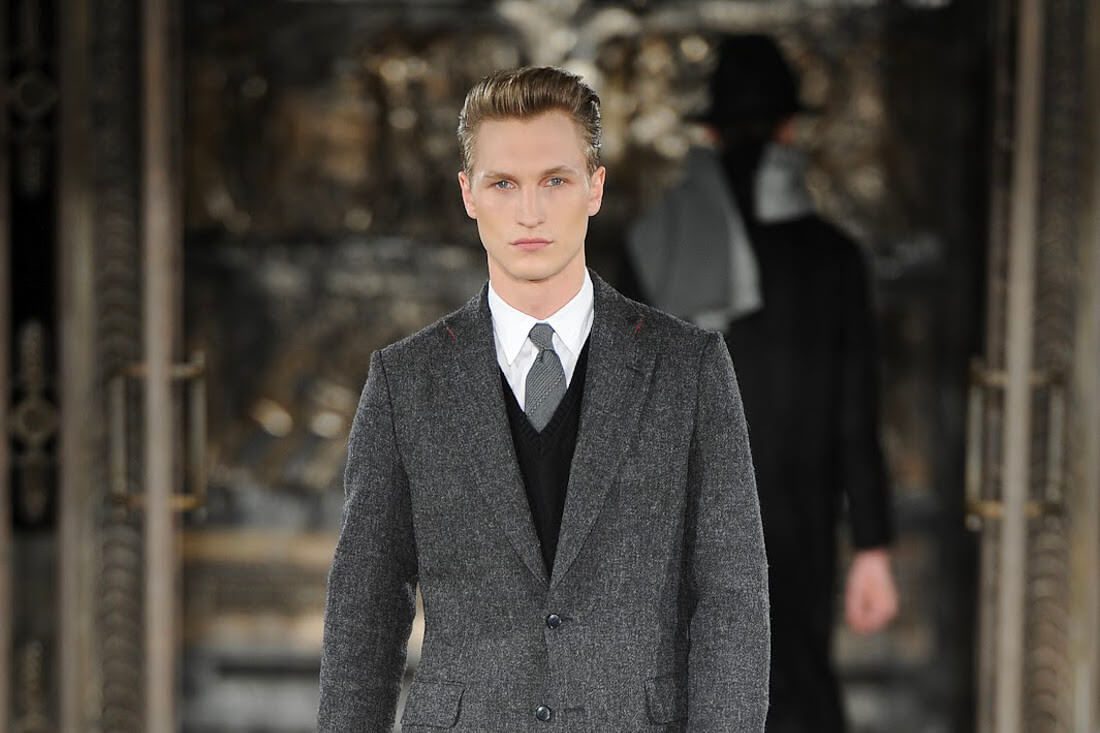 Influential Autos: 5 Of The Most Iconic Cars Of All Time

Life Fitness: Top 5 Tips For Getting Fit At Home

Aesthetic Autos: The 5 Most Stylish Cars You Can Buy Right Now